On October 29, Soompi had the opportunity to attend IZ*ONE’s debut showcase at Olympic Hall in Seoul.

As the showcase began, IZ*ONE introduced themselves by shouting their greeting, “Eyes on me! As soon as we become one, everyone remembers!” The members of IZ*ONE then professionally posed for the cameras. 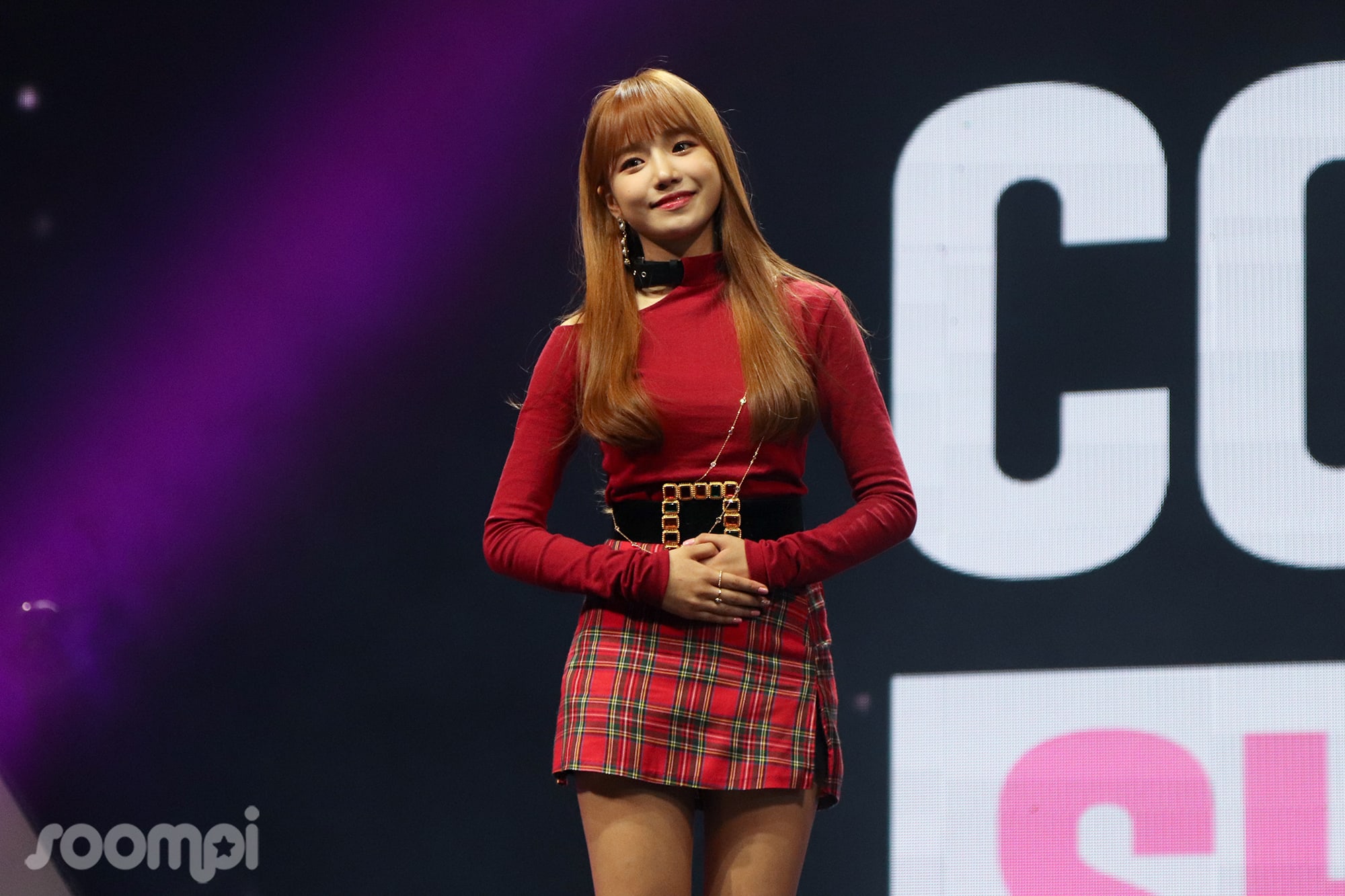 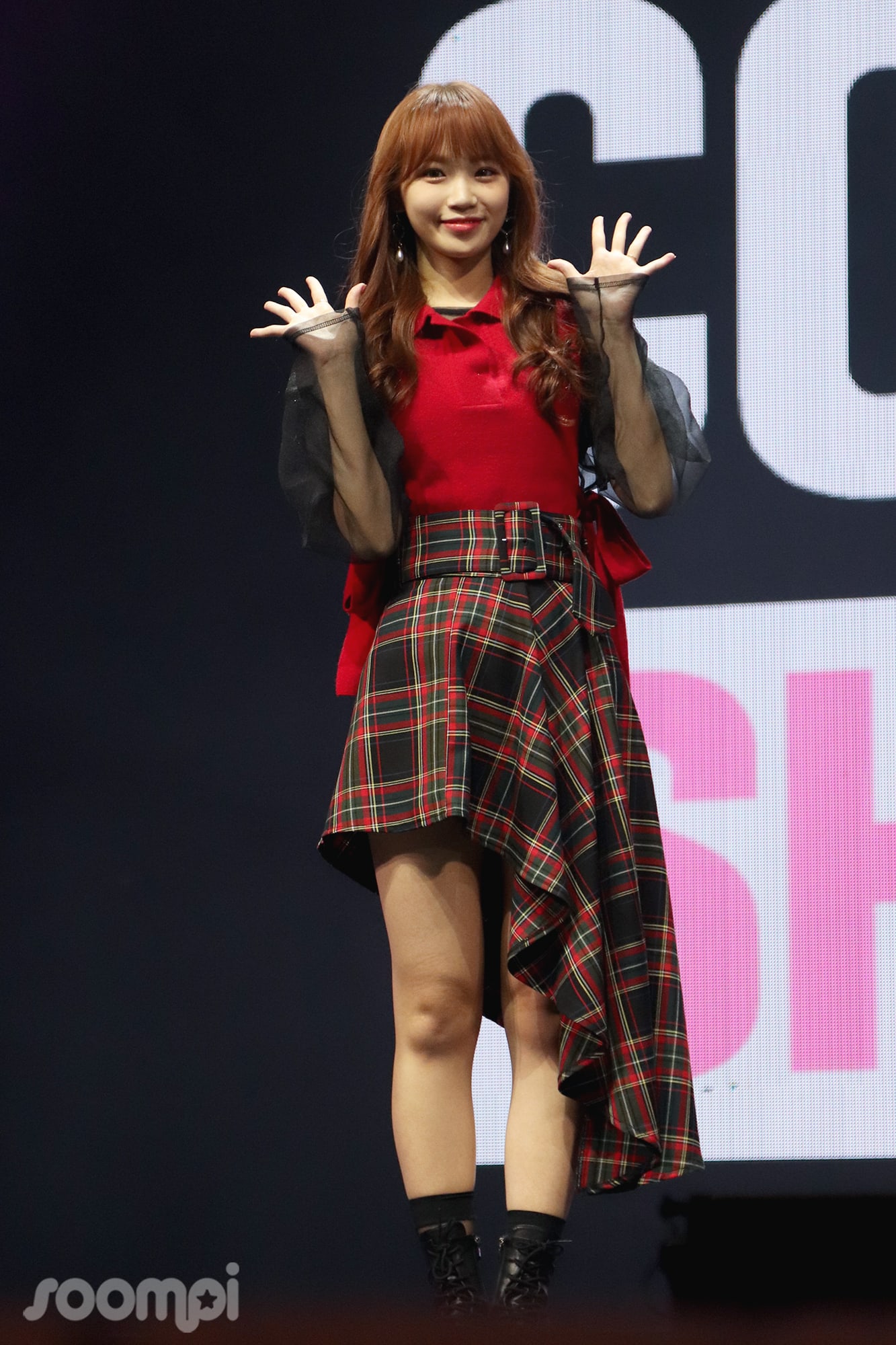 Afterwards, the members put on a performance of their title track “La Vie En Rose.” 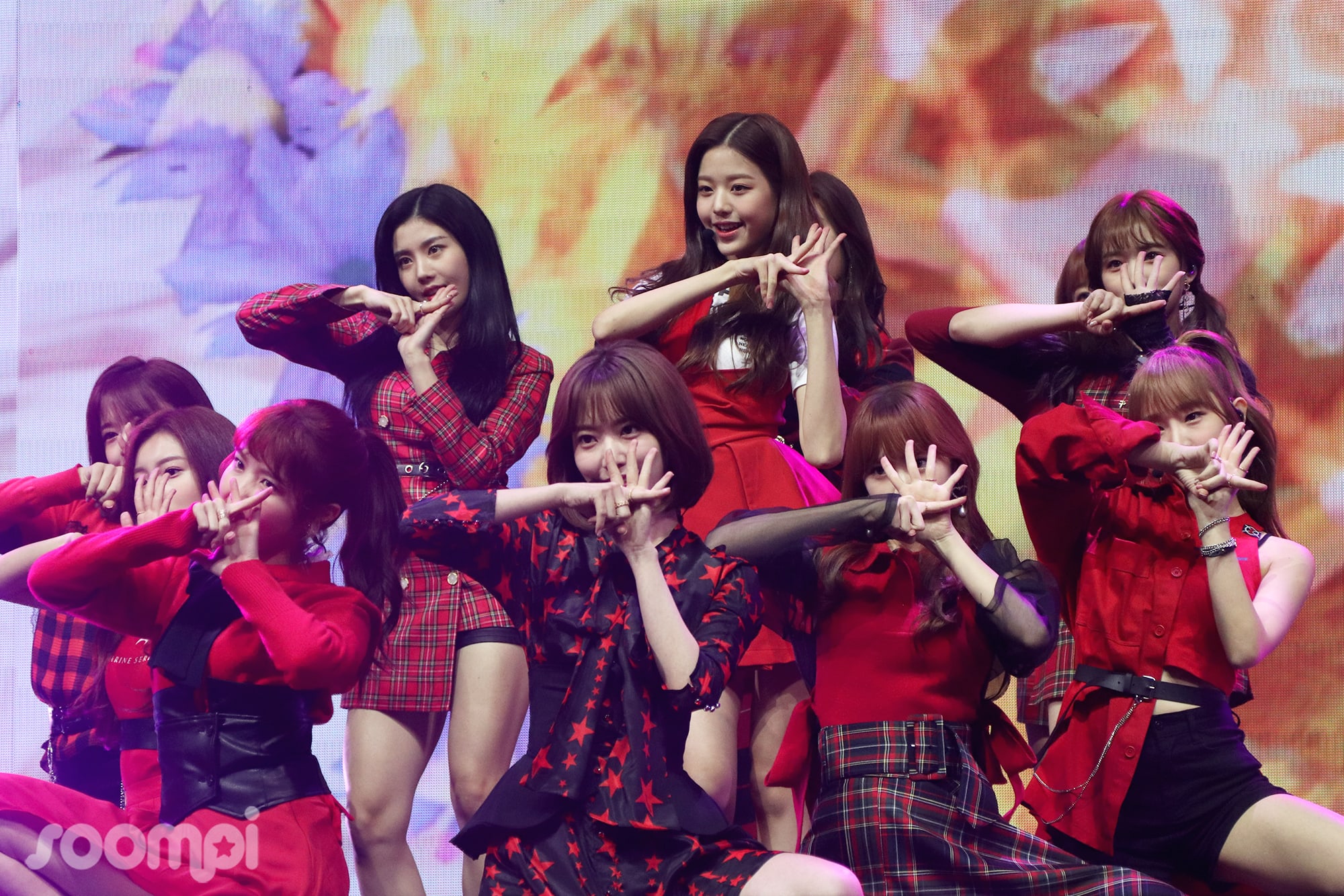 During the interview portion of the event, the members talked about their new album “COLOR*IZ,” upcoming promotional activities, and goals. An Yu Jin and Kang Hye Won first mentioned that although they were debuting today, it still didn’t feel real. Talking about their choreography, Lee Chae Yeon stated that they had created it with a choreography teacher and later stood up with Honda Hitomi and Kim Chae Won to give a live demonstration of the moves to the dance. 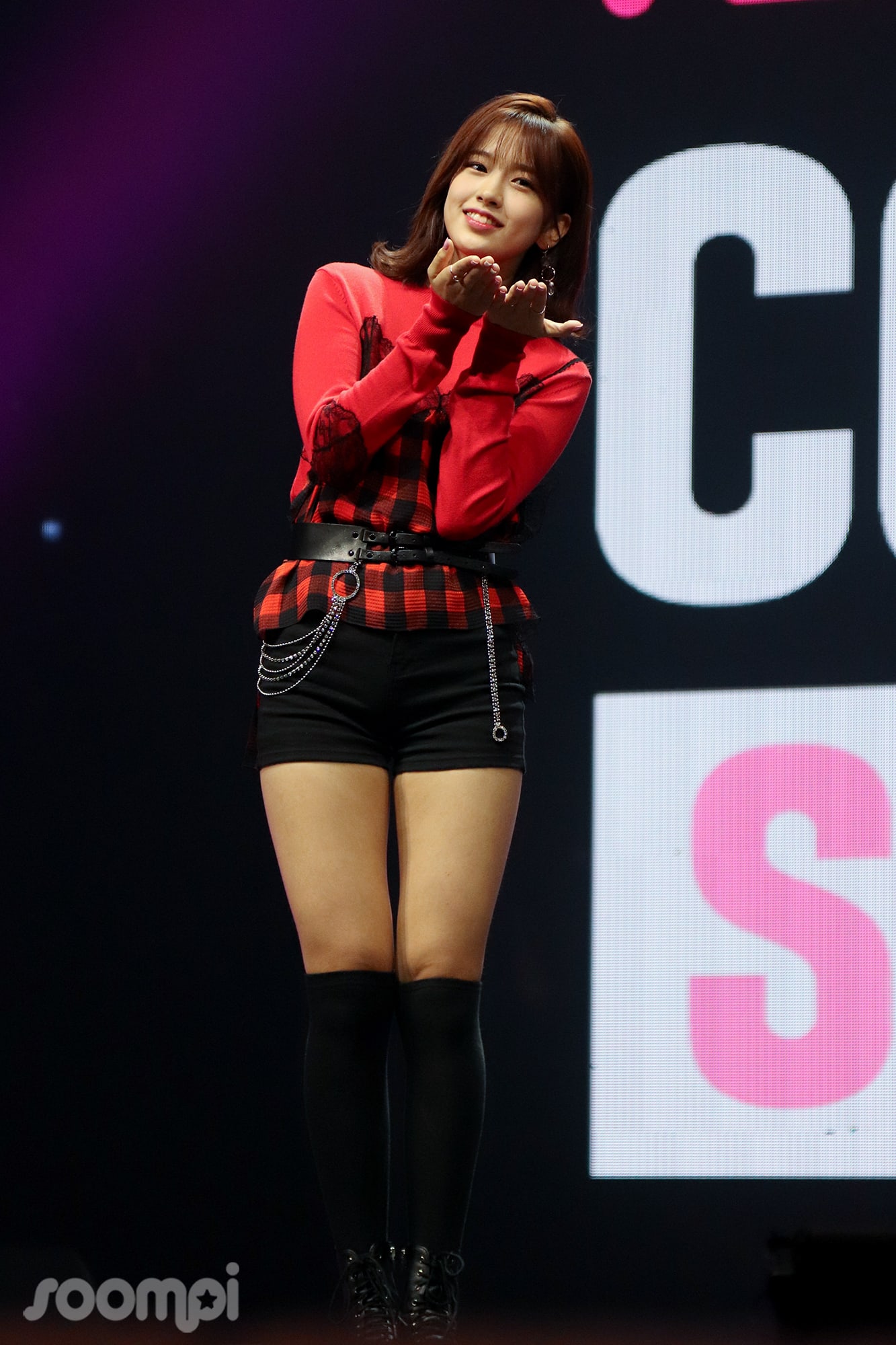 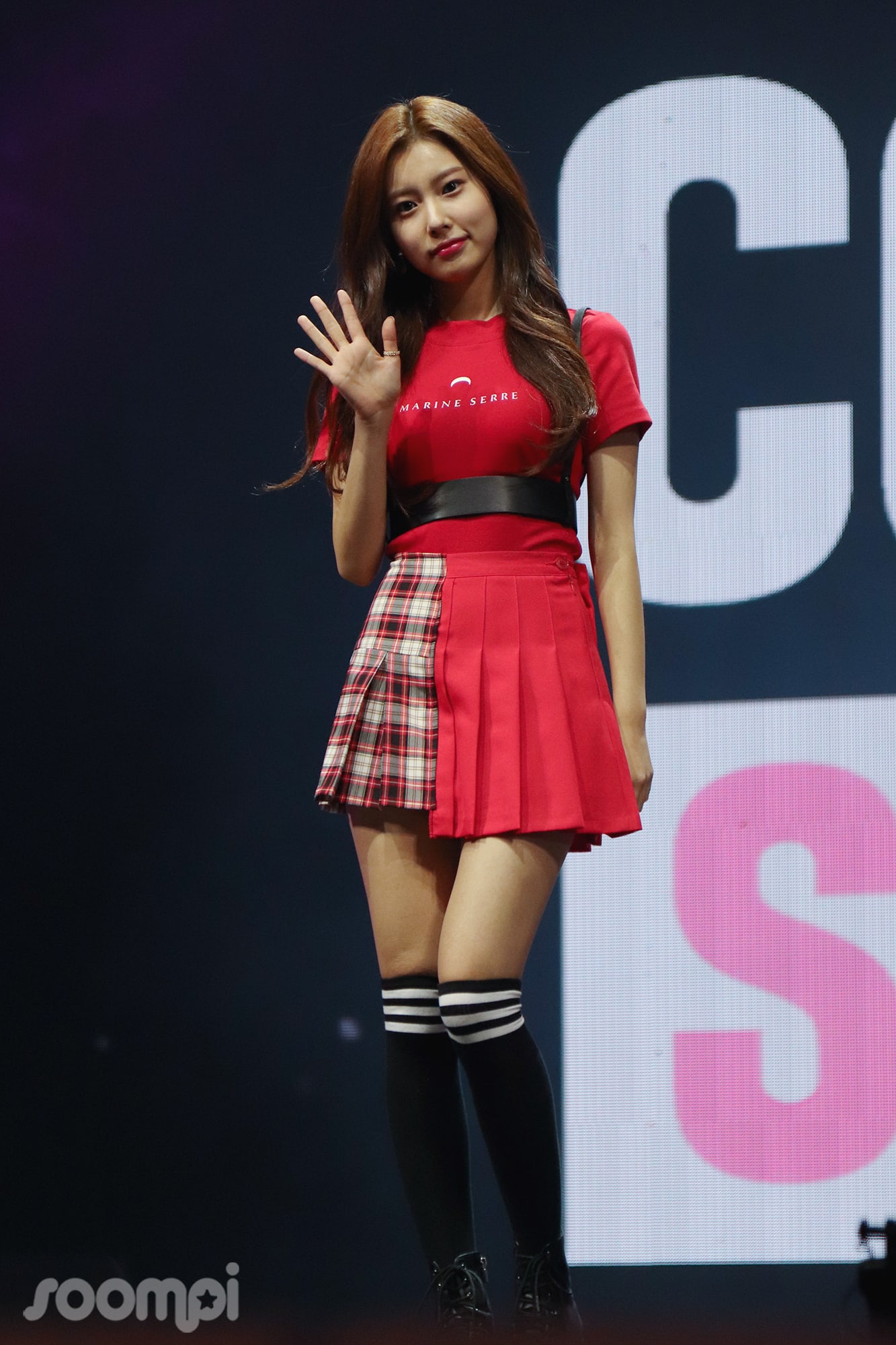 The MC then asked if the members had talked about their debut the night before, and if Chae Yeon had took on her role as IZ*ONE’s “mother.” Chae Yeon first answered, “We talked about how we didn’t want to stop just here, and how we wanted to show a great image after working even harder.” She then shared a cute story about how she had helped pull up Hitomi’s blanket while she was sleeping, to which Hitomi responded in Japanese, “It was very warm. As expected of Chae Yeon mom!” 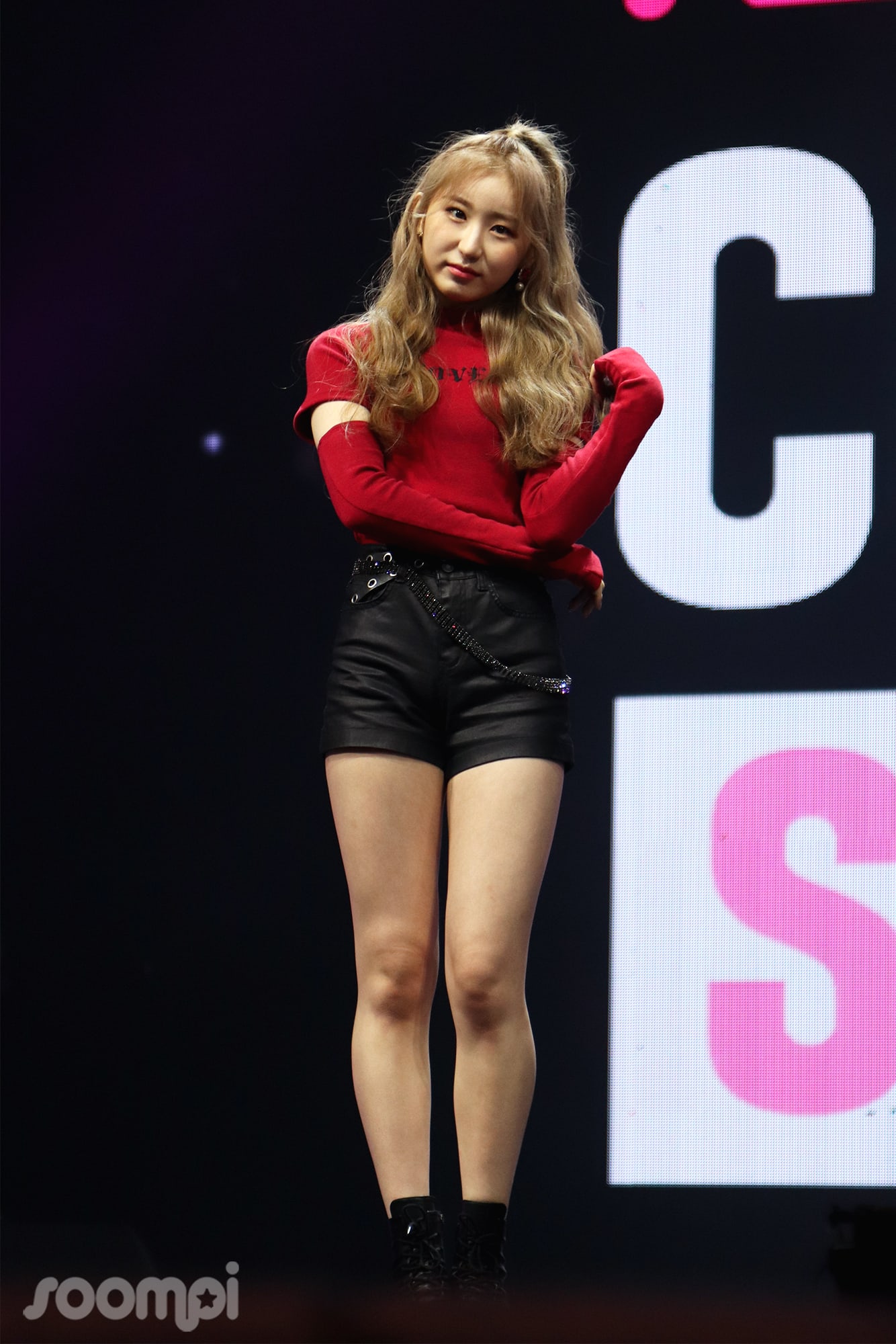 In response to a question about their role models and what they thought about making their debut amongst so many idol comebacks in November, Choi Ye Na responded, “Although we have a lot to learn from [all the idols] promoting now, we think of Girls’ Generation as our role models. Girl’ Generation always takes in their concepts in a diverse and cool way.” Chae Yeon added, “We’re happy that we’re able to promote with so many senior [artists]. We want to learn more and grow more.” 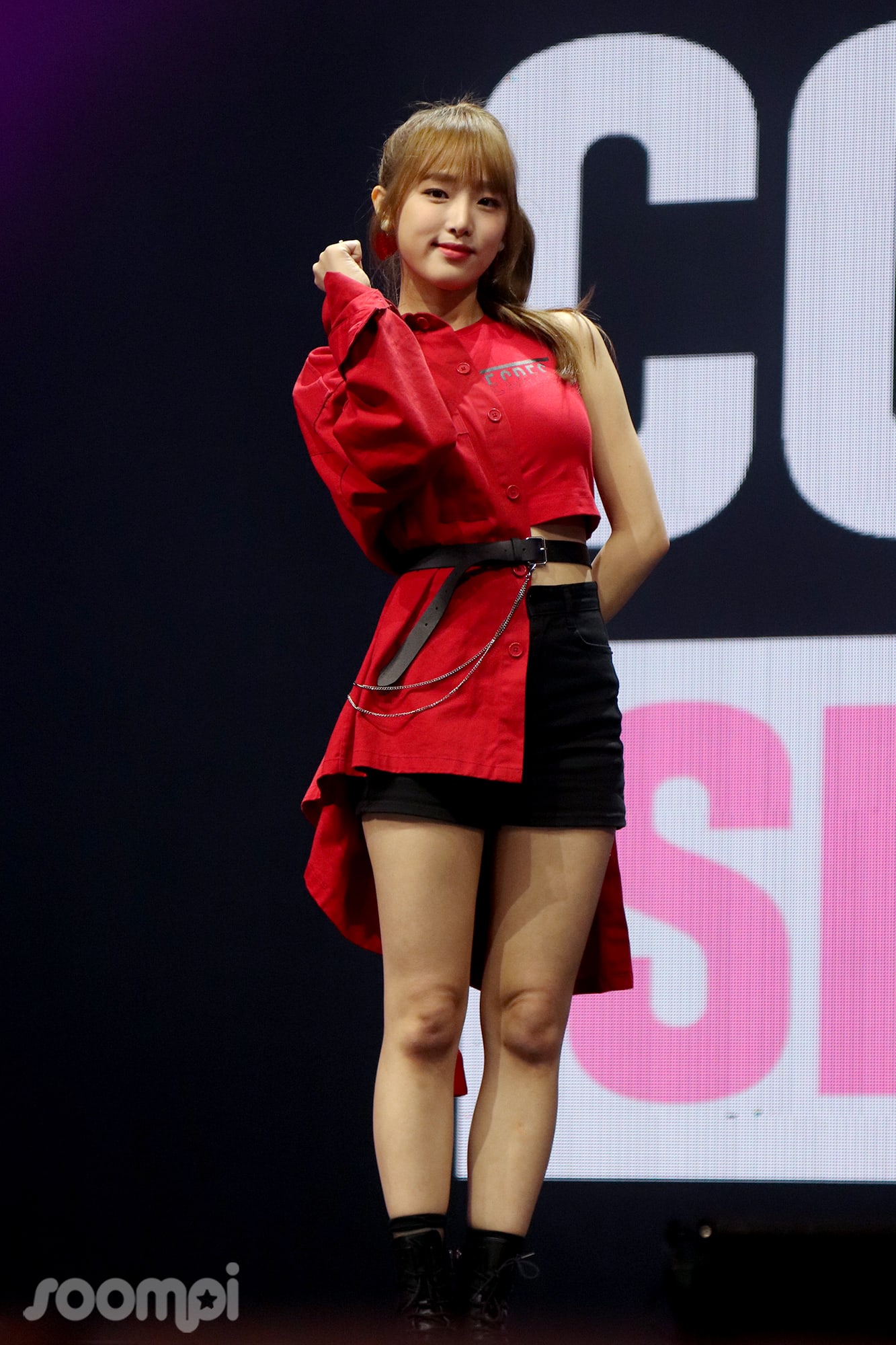 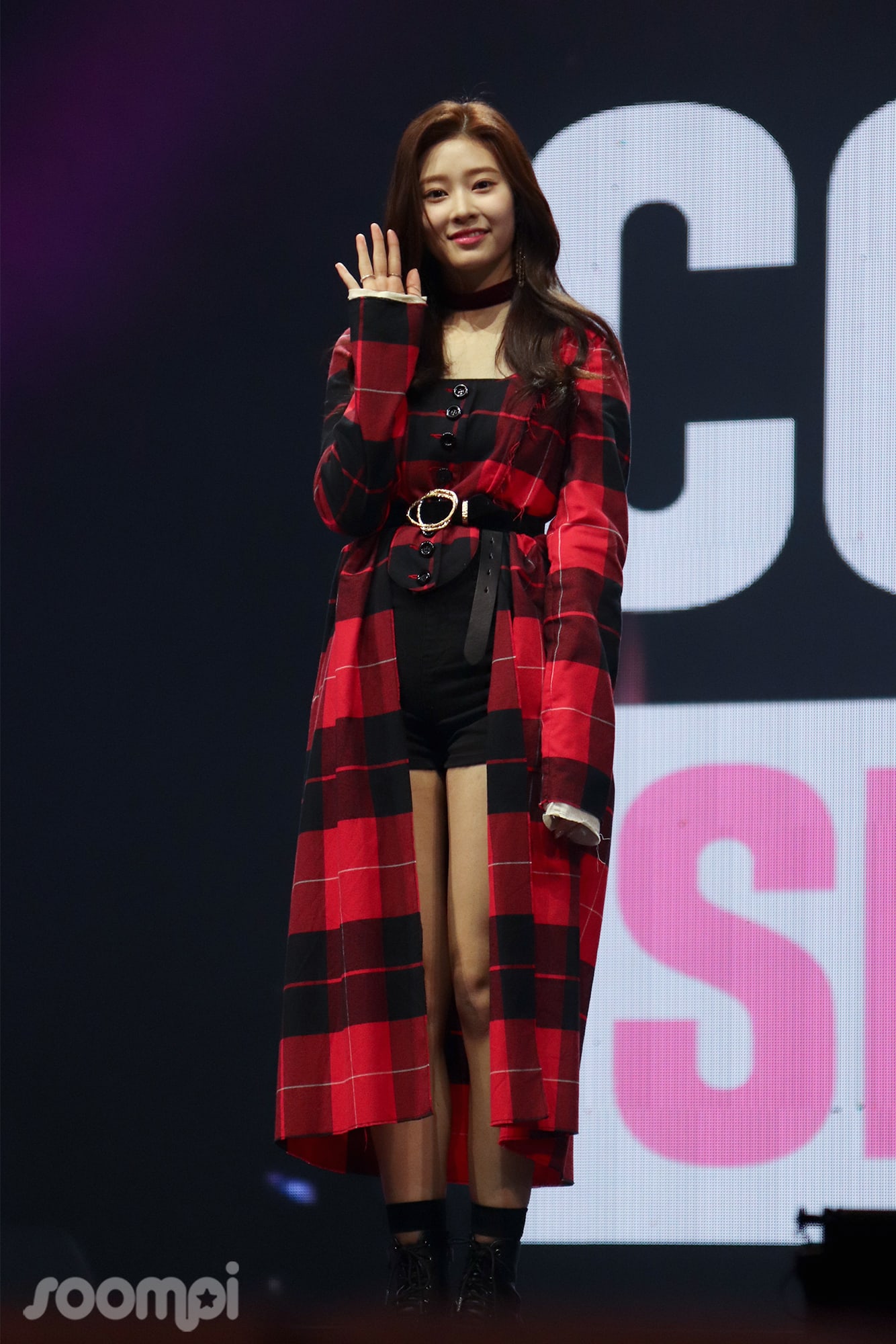 One reporter later asked Jang Won Young about being the center of IZ*ONE. She remarked, “I feel the responsibility, and I am grateful for this position. I will become a Jang Won Young that recognizes the burden of this role.” 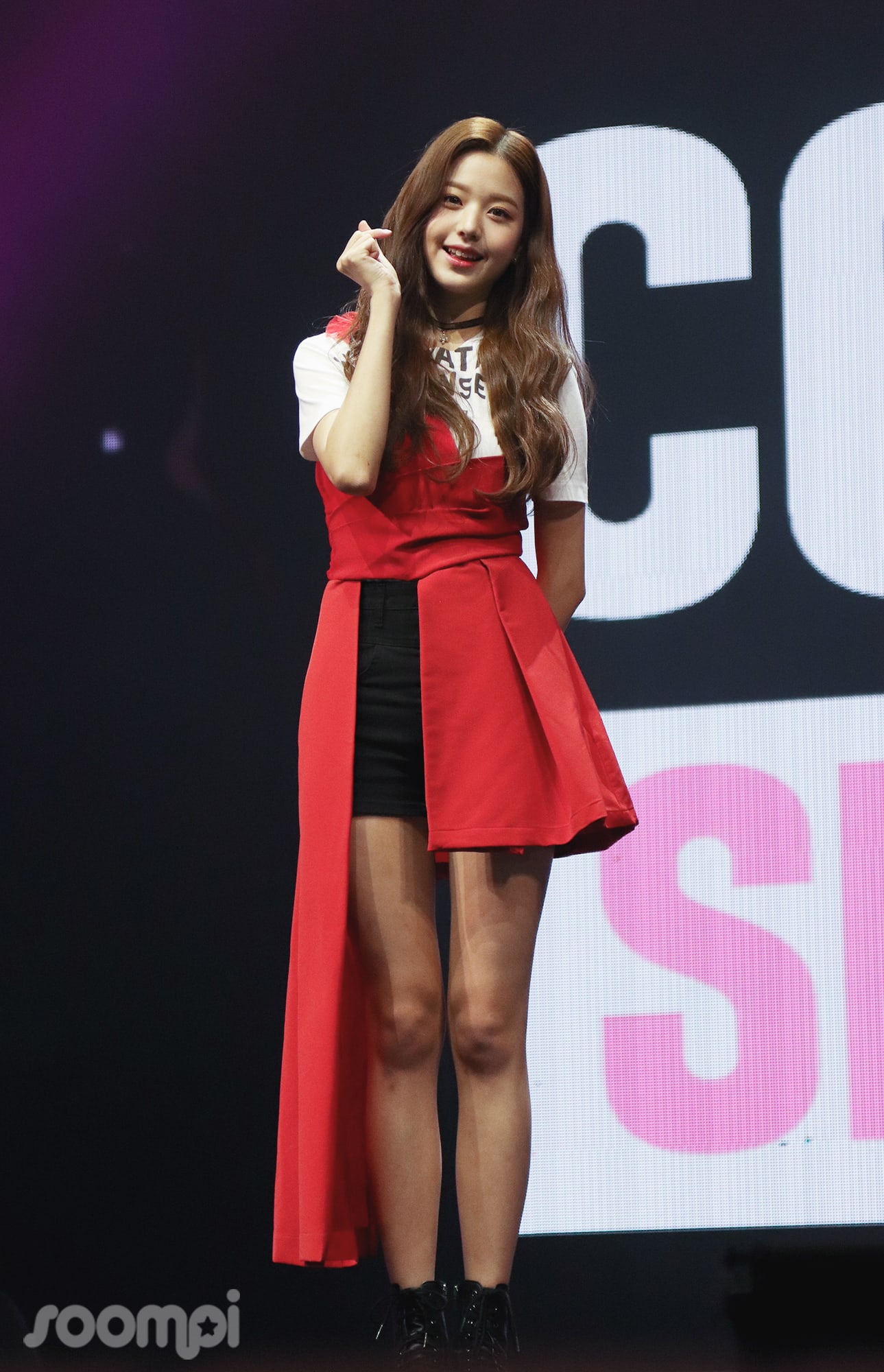 The Japanese members of IZ*ONE — Miyawaki Sakura, Yabuki Nako, and Honda Hitomi — were asked about the differences between the Korean and Japanese entertainment systems. Nako responded, “Because the languages are different, there were some things that were very new to me at first, but through the help of my fellow members, I’ve become used to it.” Sakura then talked about halting activities as an HKT48 member. She stated, “Although Japanese fans might be disappointed, I know that they are supporting us. I’ll promote hard with IZONE as well.” Hitomi added, “There are Japanese fans who are disappointed. However, I want to do well during this limited time of two and a half years. I’d like if they cheered us on.” 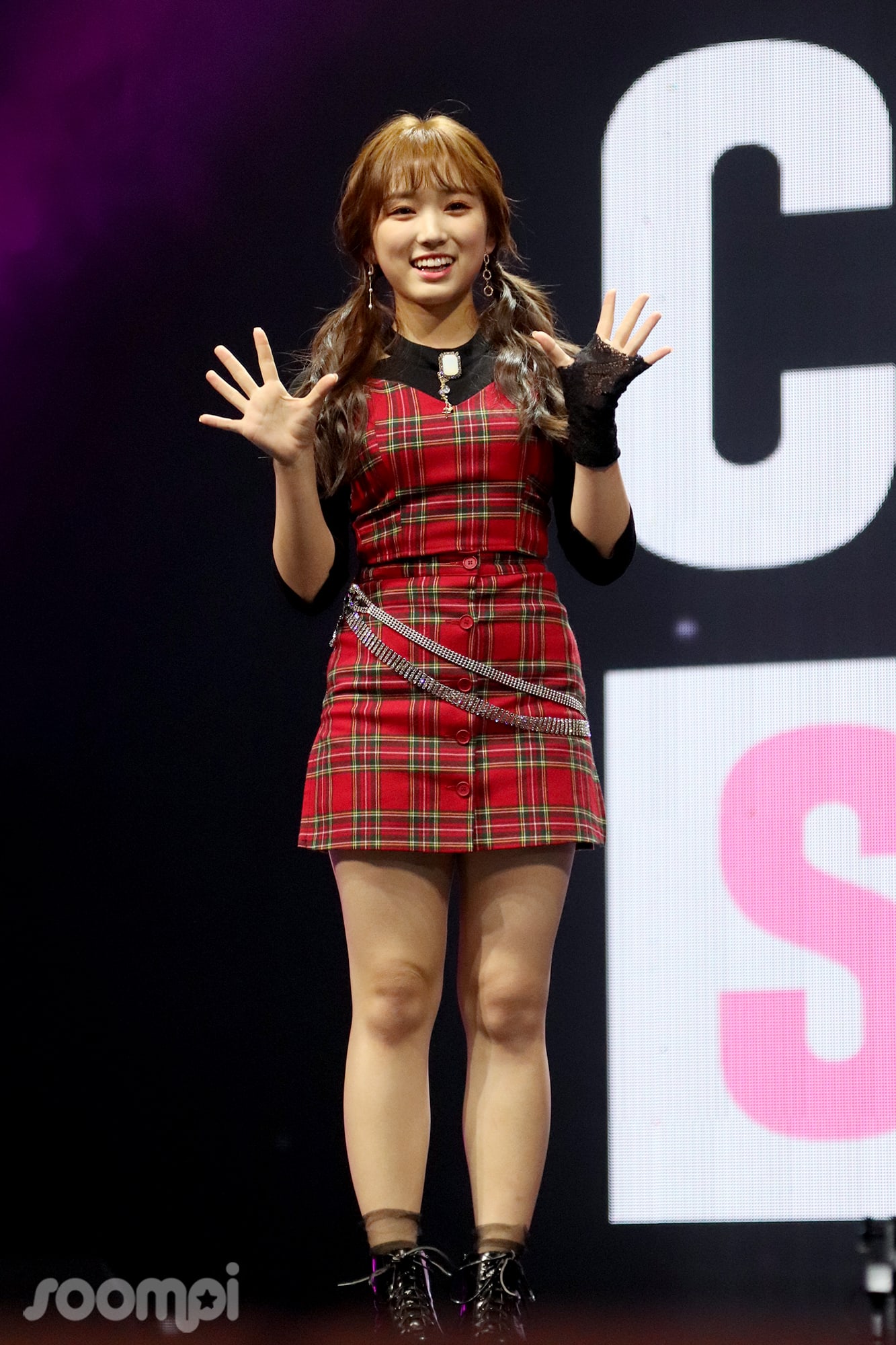 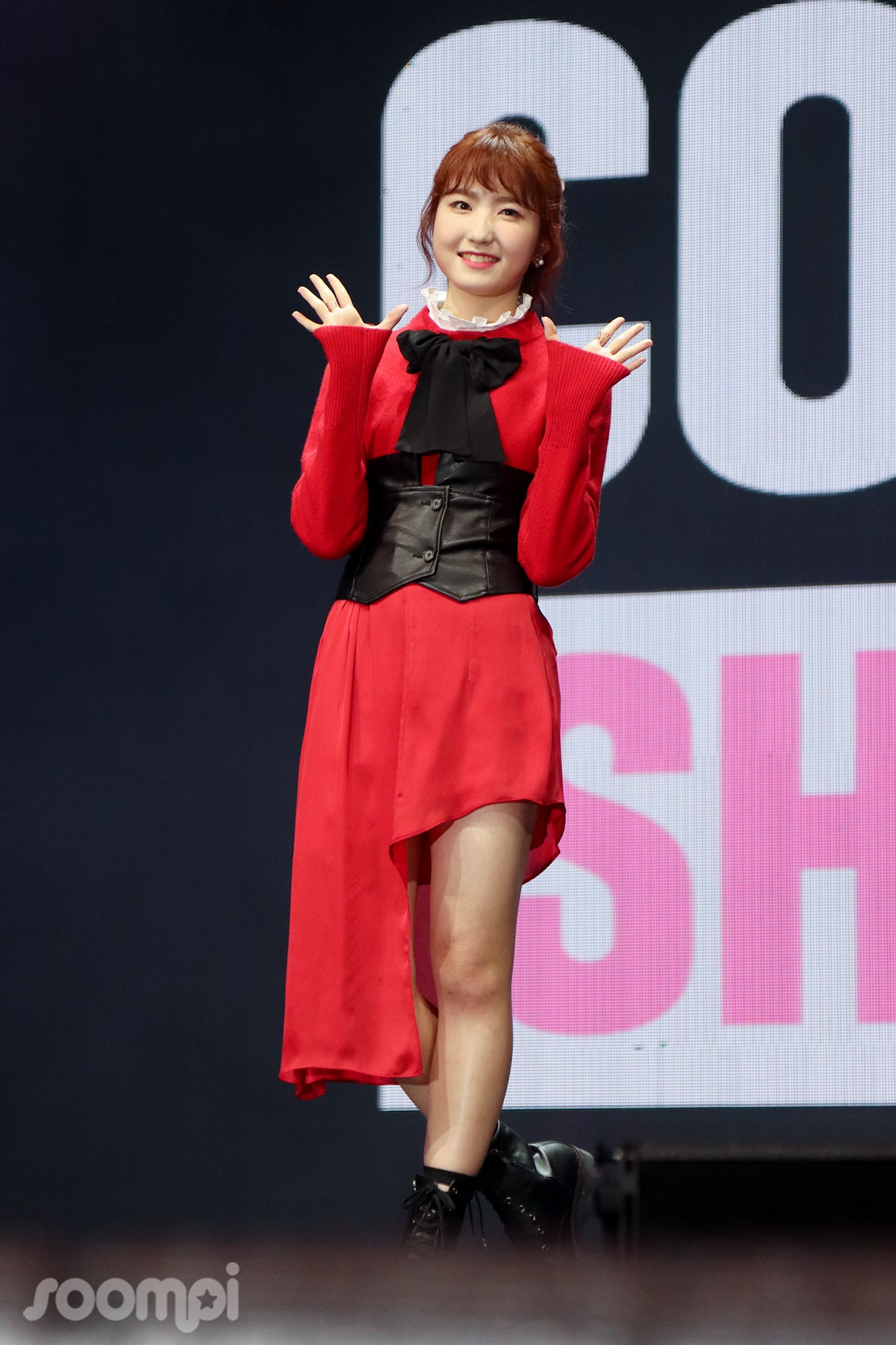 Kwon Eun Bi then shared a cute story about language mix-ups when she remembered how Hitomi had accidentally said “Nutrition chicken” instead of “Seasoned chicken” when speaking in Korean. 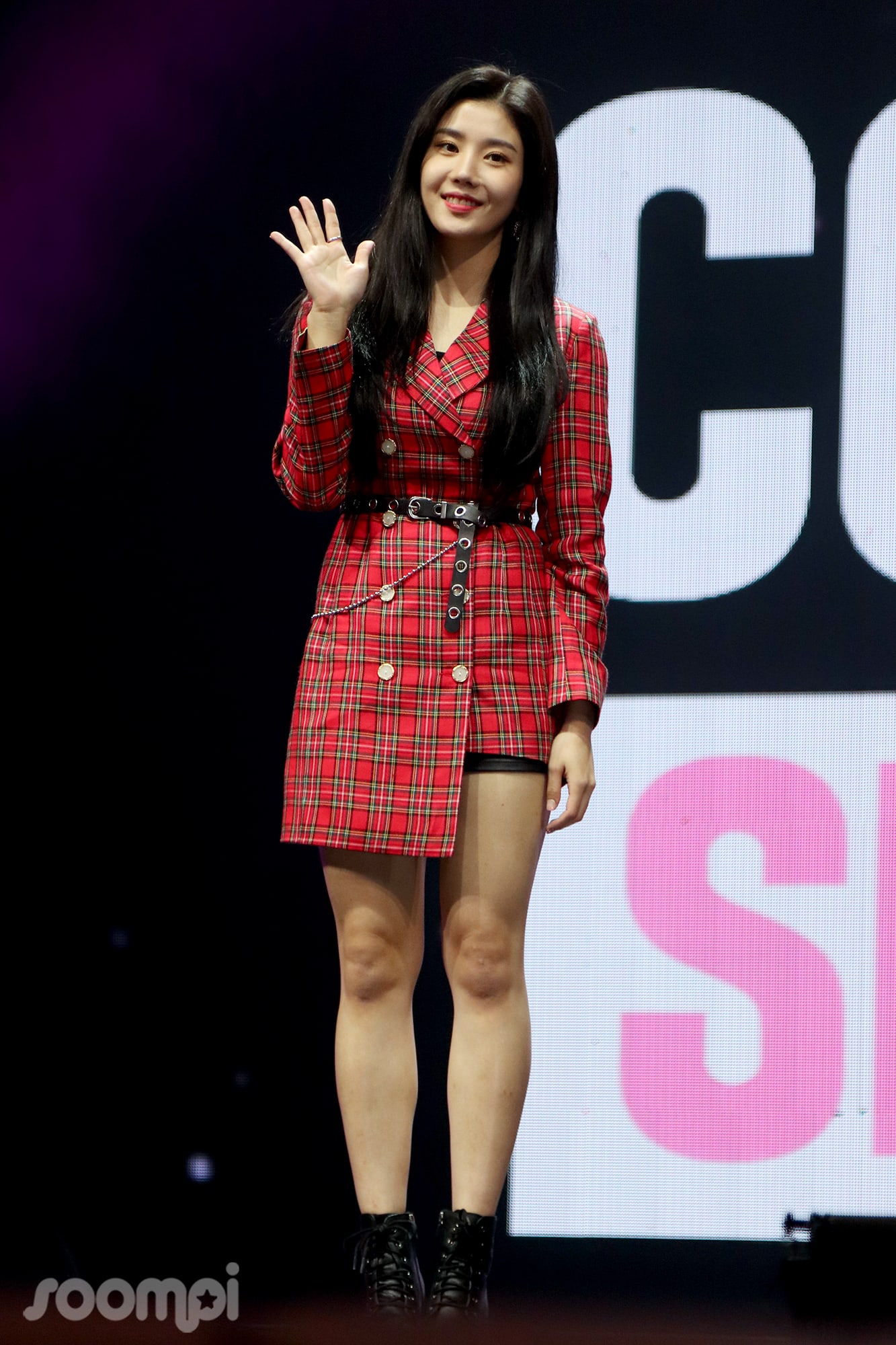 Next, Sakura was asked about how she felt about promoting with Red Velvet. She responded, “[They’re] seniors I respect, and I’d be really happy if we were able to promote together.” Sakura had previously mentioned her love for Red Velvet through live streams. 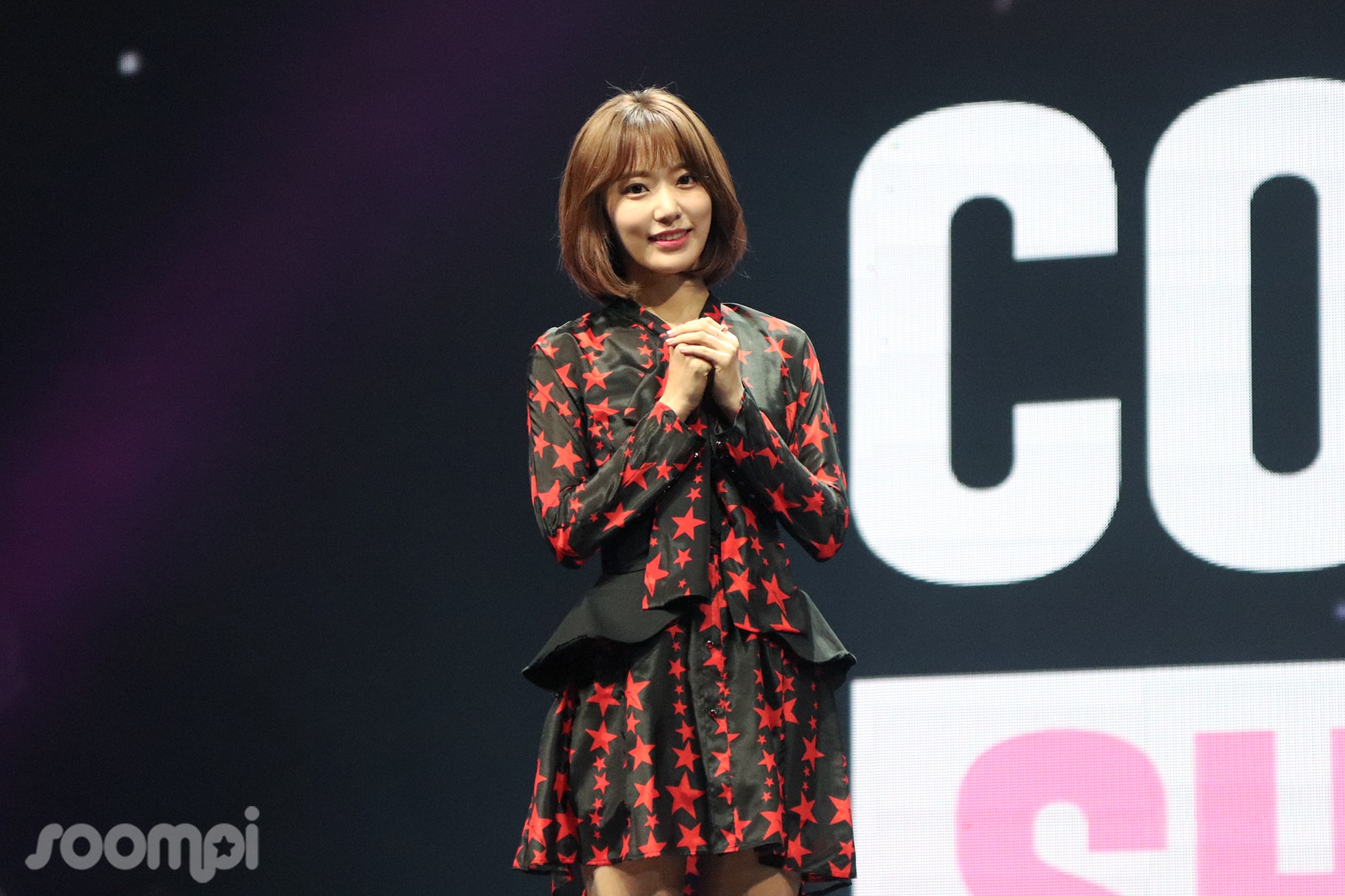 Afterwards, the members recognized their fellow “Produce 101” project group seniors I.O.I and Wanna One and commented, “We think that it is because of I.O.I and Wanna One that we are able to be here. We will work even harder for our juniors.” They also looked towards the future as they said, “If we are able to place No. 1 [on a music show], we want to shoot a choreography practice video in cosplay.”

The members concluded the showcase by showing their thanks for the audience and their excitement at finally making their debut.

Soompi Spotlight
Soompi Exclusive
IZ*ONE
How does this article make you feel?