2018 has seen a proliferation of strong female characters on both the big and small screen!

Some recent examples of this phenomenon include the movie “Miss Baek,” which stars Han Ji Min and has been getting great word-of-mouth, Kim Hee Sun and Kim Hae Sook‘s tough-girl chemistry in tvN’s “Room No. 9,” and the all-female cast variety show “Bob Bless You.”

In an industry where female characters still often play second fiddle to their male counterparts, Sports Hankook recently compiled a list of strong female characters who have appeared in hit cable dramas in the second half of 2018.

Seo Hyun Jin (“The Beauty Inside”) 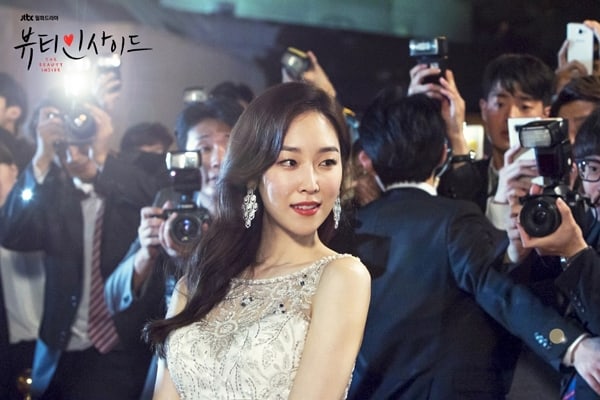 Seo Hyun Jin has played a lot of complex female characters over the years, from her breakout hit “Another Oh Hae Young” to medical drama “Romantic Doctor Kim” to “Degree of Love.” She is currently getting great reviews for her role in JTBC’s “The Beauty Inside,” a TV drama remake of the film of the same name.

In the show, Seo Hyun Jin plays a top actress who transforms into someone else for one week every month. Her strange ability aside, her character’s inclusion on this list comes from the scenes where she speaks out against sexual harassment in the entertainment industry – especially timely in the era of the #MeToo movement.

When she sees a company CEO inappropriately touch a young high school student with the words, “It’s because you’re like my daughter,” she goes up to the man and says, “You know, even her real father would be careful about touching her, so I don’t know why other people’s fathers seem to think they have a right to touch her as they please.”

During a company get-together, Seo Hyun Jin’s character takes the drink that a group of male crew workers try to force on one of her junior actresses. She tells the junior, “If you accept this kind of treatment now, it’ll be even worse for your juniors later on. Think about what the other girls have to endure when you think about giving in and smiling.” 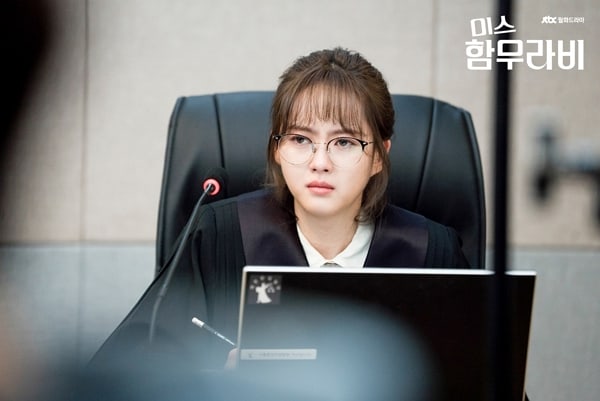 Go Ara’s character made a strong impression from the very start. On the subway where she reunites with L‘s character, she sees an old man – who turns out to be a professor – inappropriately touching a young student. She captures the incident on video, calls out the man for his behavior, and stands up for herself when he becomes angry and aggressive towards her.

When her fellow (male) judges take sexual harassment cases lightly, she strongly advocates for an ‘eye for an eye’ approach. After the men hear stories of women who work at the local markets being sexually harassed and assaulted, Go Ara tells them, “Do you now understand a little of what it’s like to be a woman in Korea?”

The writer of “Miss Hammurabi” is known for being a judge who writes in his spare time. He once stated, “Although I am a Korean man, I have heard so many heartbreaking stories from female judges that I can’t help but relate to them. I believe that gender sensitivity is part of human nature and learning to walk in other people’s shoes.” 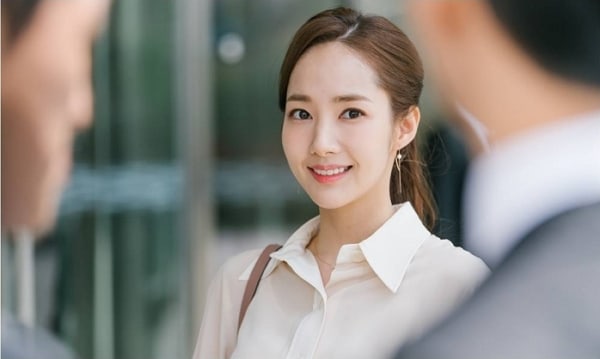 Through the hit tvN drama, Park Min Young’s character Kim Mi So, a veteran secretary legendary for her management and organization skills, became a role model for women in their 20-30s around the country.

But Kim Mi So is more than the perfect secretary. When she has to make a choice about what she really wants out of life, she hands in her resignation and is openly honest with her employer. Speaking affectionately about her character, Park Min Young once said, “I hope that women can relate to Mi So, who wants to discover her own identity independent from everyone else.”

Lee Da Hee (“The Beauty Inside”) 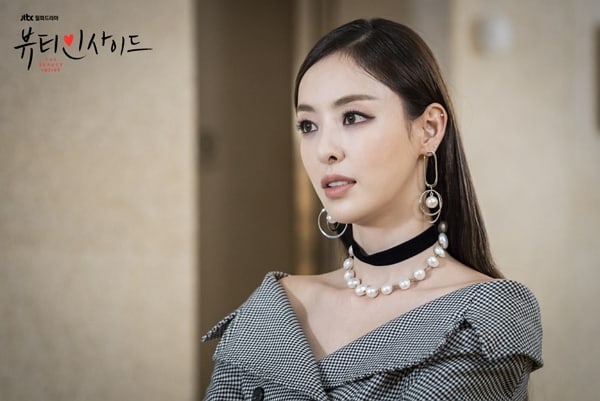 A “hidden figure” in JTBC’s “The Beauty Inside” is Lee Da Hee, the second female lead to Seo Hyun Jin’s top actress character. Lee Da Hee plays Kang Sa Ra, a woman whose ambition for her own success knows no bounds. Even though she has risen to the top position in a company, she is aiming to take over her stepbrother’s (Lee Min Ki) spot.

Her relationship with Ahn Jae Hyun‘s character is also unique and a reversal of the common trope of a rich chaebol man and a kind but poor young woman. Instead, it’s Lee Da Hee who believes that money solves all problems, including love, and Ahn Jae Hyun who is the clueless young man working part-time.

What other strong female characters have you seen in dramas lately?

If you haven’t already, you can watch “What’s Wrong with Secretary Kim” below!