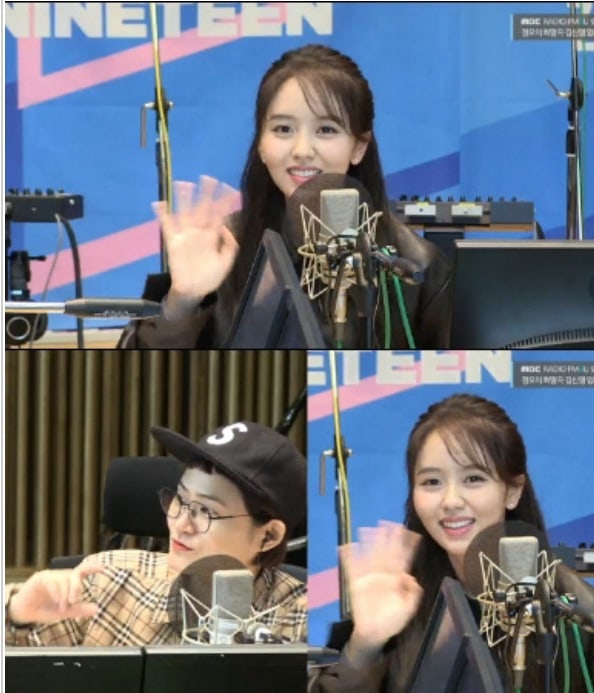 The radio appearance took place just before the actress was scheduled to appear at the press conference for “Under 19,” a survival audition program where 57 young contestants compete for the chance to become part of a final debut group. Kim So Hyun has been cast as the MC on the show.

All the contestants on the show are minors, so Kim So Hyun shared her own experience working from a young age. “I went through puberty in my second year of high school,” she said. “Until middle school, I had a really quiet personality. I was very introverted and shy around people. Even when I was sick or hurt, I’d keep it to myself. But I heard from the people around me that I should come out of my shell, so in my first year of high school I took on way too many projects.”

She continued, “I don’t know if it’s because of that, but in my second year I needed to find my identity again and I talked to my mom a lot. She was shocked because I’d never done that before. That’s how I was able to endure that tough age.”

About her role as the sole MC on “Under 19,” Kim So Hyun said, “I think that my experience [on “Music Core”] helped me. But I was really scared [on the first day of filming]. There aren’t a lot of chances for an actor to stand on a stage, so I was scared of the stage. My mind went blank and I couldn’t see any of the words.”

She added, “There are a lot of talented contestants in the teasers, and they’re good, but there are even more that you haven’t seen yet. Please look forward to it.”

Kim So Hyun
XPN
Under 19
How does this article make you feel?