Crush Reveals Why He No Longer Looks At Music Charts

During the episode, Crush revealed that he no longer looks at music charts and said that he deleted the music streaming app off his phone after releasing his album last year.

Crush stated, “I was focusing so much on it.” Jessi added, “You feel discouraged if you don’t do well,” and Yoon Jong Shin said, “I wish music sites could change the order [in which things appear]. I should just listen to music that I like, but I find myself looking at the charts.”

Crush continued, “I worked really hard to make [my album] and at first, it was difficult that the result of my hard work depended on people’s judgment.” 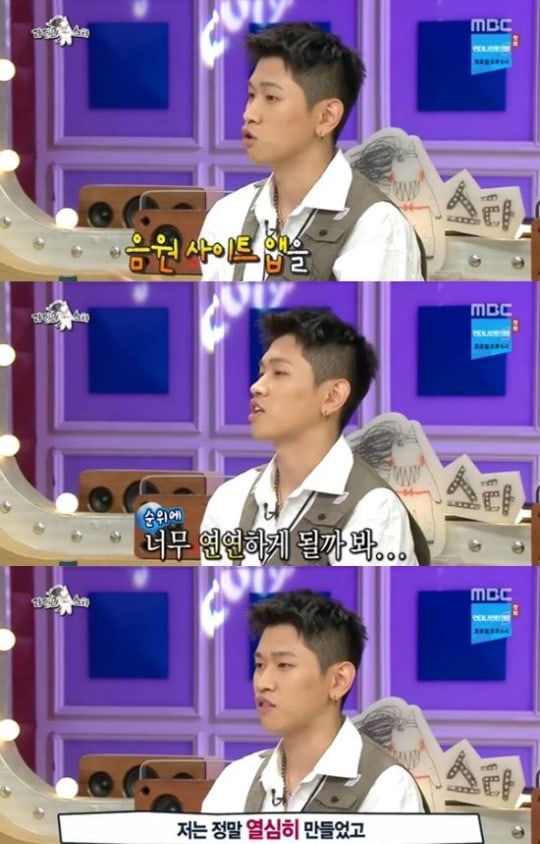 Bae Jong Ok said, “I think jobs that rely on results are unfortunate. When I see young people these days, they constantly look at viewership ratings. Honestly, they’re meaningless.”

“I don’t read malicious comments,” said Crush. “When I appeared on a variety show after a long time, so I was curious about the comments. One anonymous person said to get rid of that gorilla-looking kid.”

Comforting the singer, Jessi replied, “My comments are worse. There were ones that told me to leave Korea. I get more hurt about that. It’s better to look like a gorilla.”

Watch a full episode of “Radio Star” below:

Crush
Radio Star
How does this article make you feel?