tvN revealed two main posters for the upcoming drama, “Memories of the Alhambra”!

Although Hyun Bin and Park Shin Hye stand in the same posture in both posters, the energy that viewers can feel from each poster is very different. 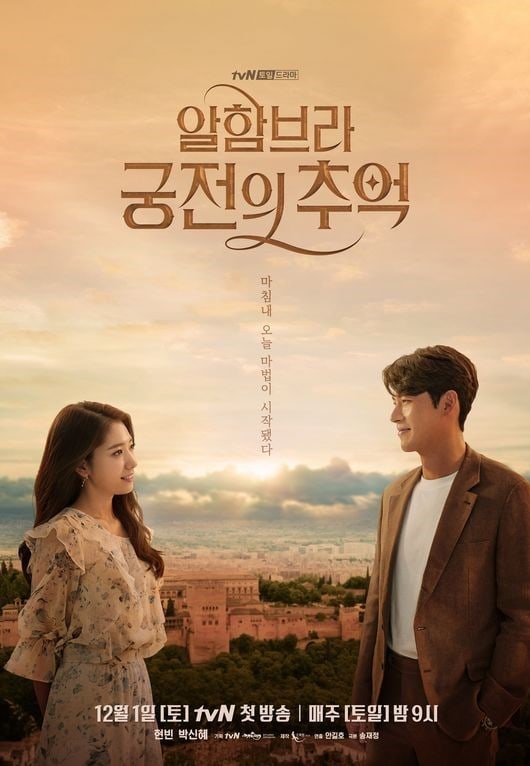 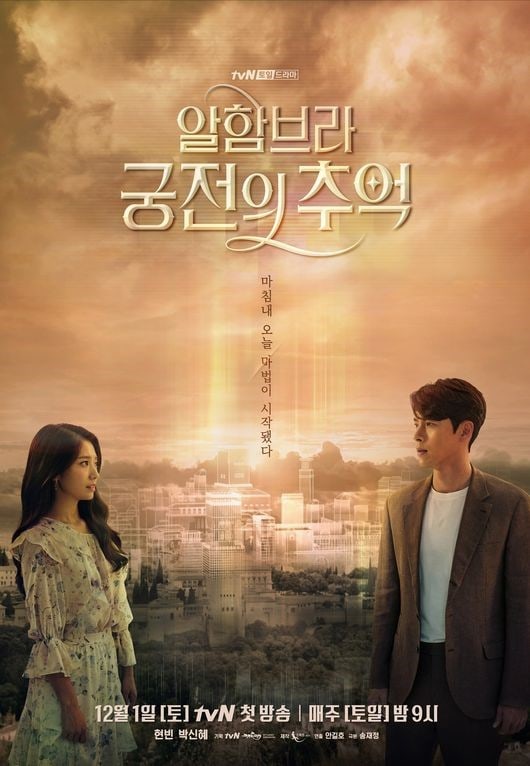 The upcoming Saturday-Sunday drama “Memories of the Alhambra” will tell the story of romance filled with suspense between a CEO of an investment company and the owner of an old hostel in Granada, Spain. Hyun Bin will play the CEO Yoo Jin Woo, who visits the city of Granada for a business trip and gets swept up in a series of mysterious incidents while staying at the hostel run by Jung Hee Joo (played by Park Shin Hye).

The revealed posters show the beautiful sights of Granada and the two characters. The two smile romantically at each other in the first poster while staring past the other person and are full of tension in the next poster. The poster’s tagline, “Finally, the magic starts today,” emphasizes the posters’ mysterious but romantic theme.

“Memories of the Alhambra” will be written by Song Jae Jung, who wrote “Nine: 9 Times Time Travel” and “W.” It will be directed by PD Ahn Gil Ho, who directed “Secret Forest.” The drama is slated to premiere on December 1.