MBC’s Wednesday-Thursday drama “Terius Behind Me” Has released new behind-the-scenes stills of So Ji Sub and Jung In Sun having fun as they film together.

“Terius Behind Me” tells the story of a former secret agent Kim Bon (So Ji Sub) and single mother Go Ae Rin (Jung In Sun) who find themselves swept up in a war of espionage. The drama has been receiving a lot of love, maintaining its top spot as the most-watched Wednesday-Thursday drama.

The drama has shared new behind-the-scenes stills that show the two actors having a blast as they film together. They’re looking quite different from their usual selves as So Ji Sub puts away his sleek suits and puts on colorful attire one would usually see on an elderly woman in the countryside. He perfects the look with a basket of tangerines at his side and a visor on his head, somehow managing to look both cool and cute at the same time. Meanwhile, Jung In Sun transforms into a high school student, her bright smile making her appear even more youthful than usual. 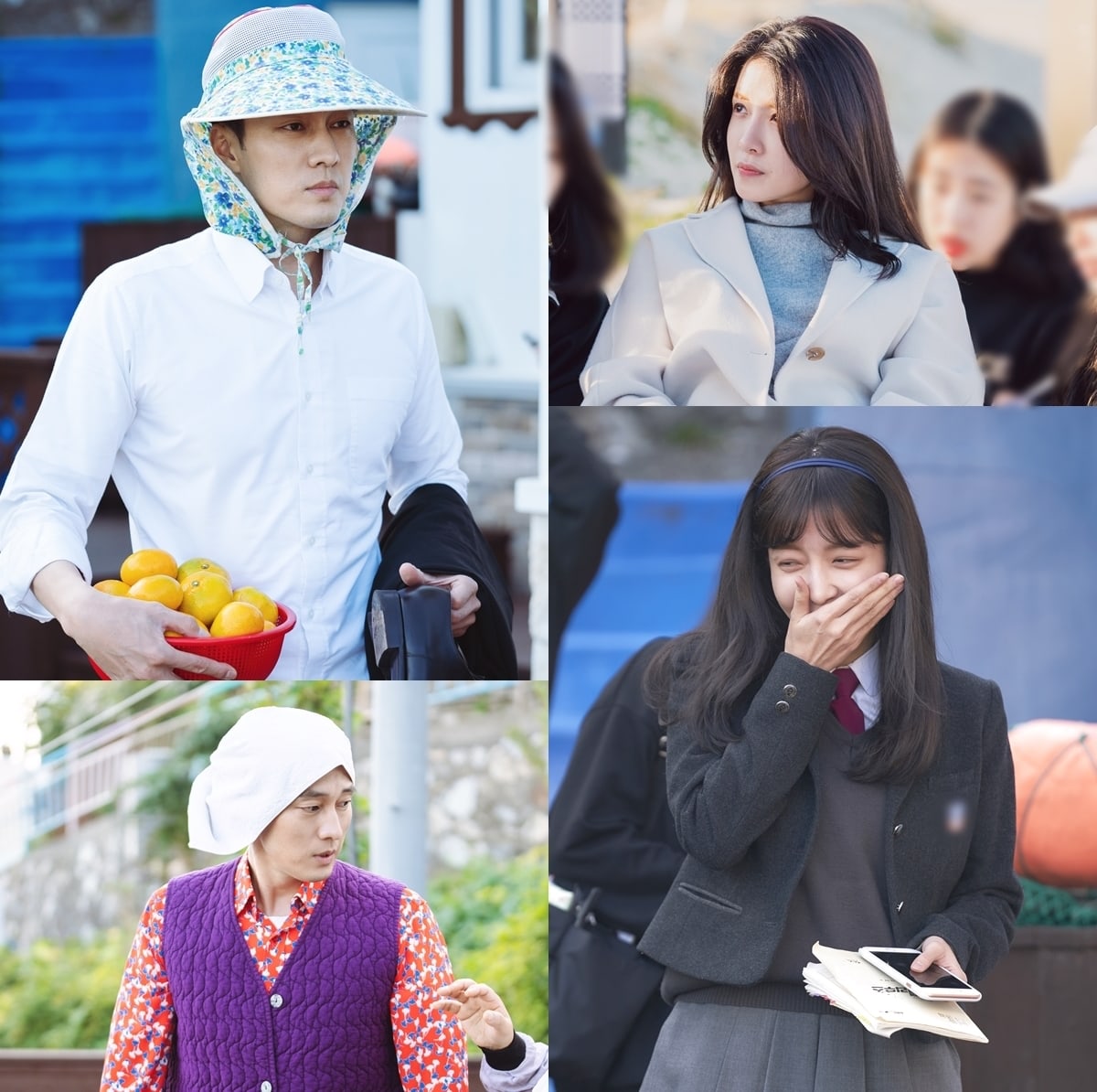 So Ji Sub and Jung In Sun are said to have never lost their smiles throughout filming, despite the colder weather. They continued to talk about their characters and how best to express their relationship to each other, and their chemistry is captivating viewers.

“Terius Behind Me” airs every Wednesday and Thursday at 10 p.m. KST.