Waves made by BTS on their world travels and their words of love and encouragement are continuing to reach youth around the world.

In particular, RM’s historical speech at the 73rd UN General Assembly for the launch of UNICEF’s “Generation Unlimited” initiative — in which he urges everyone to “find your name and find your voice by speaking yourself” no matter their skin color or gender identity — has found its way to classrooms in Korea, the U.S., Singapore, and Vietnam. 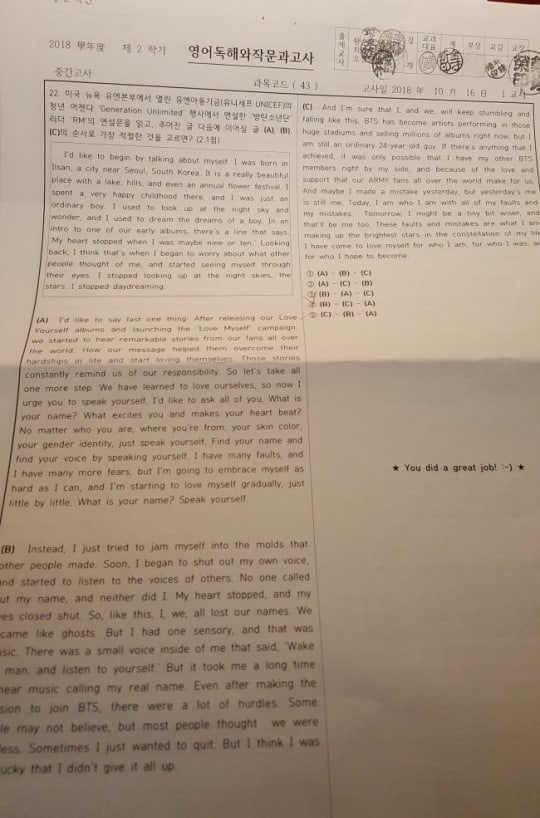 At another Korean high school, the principal wrote an excerpt from the speech on an announcement board, saying that it’s a must watch before tests the next day: 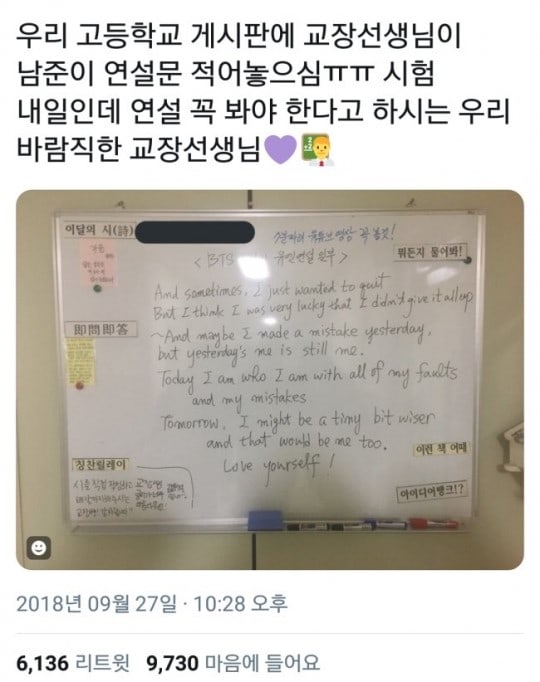 A Korean elementary school student also shared a Korean translation of the speech, given as part of an assignment in class after watching the video: 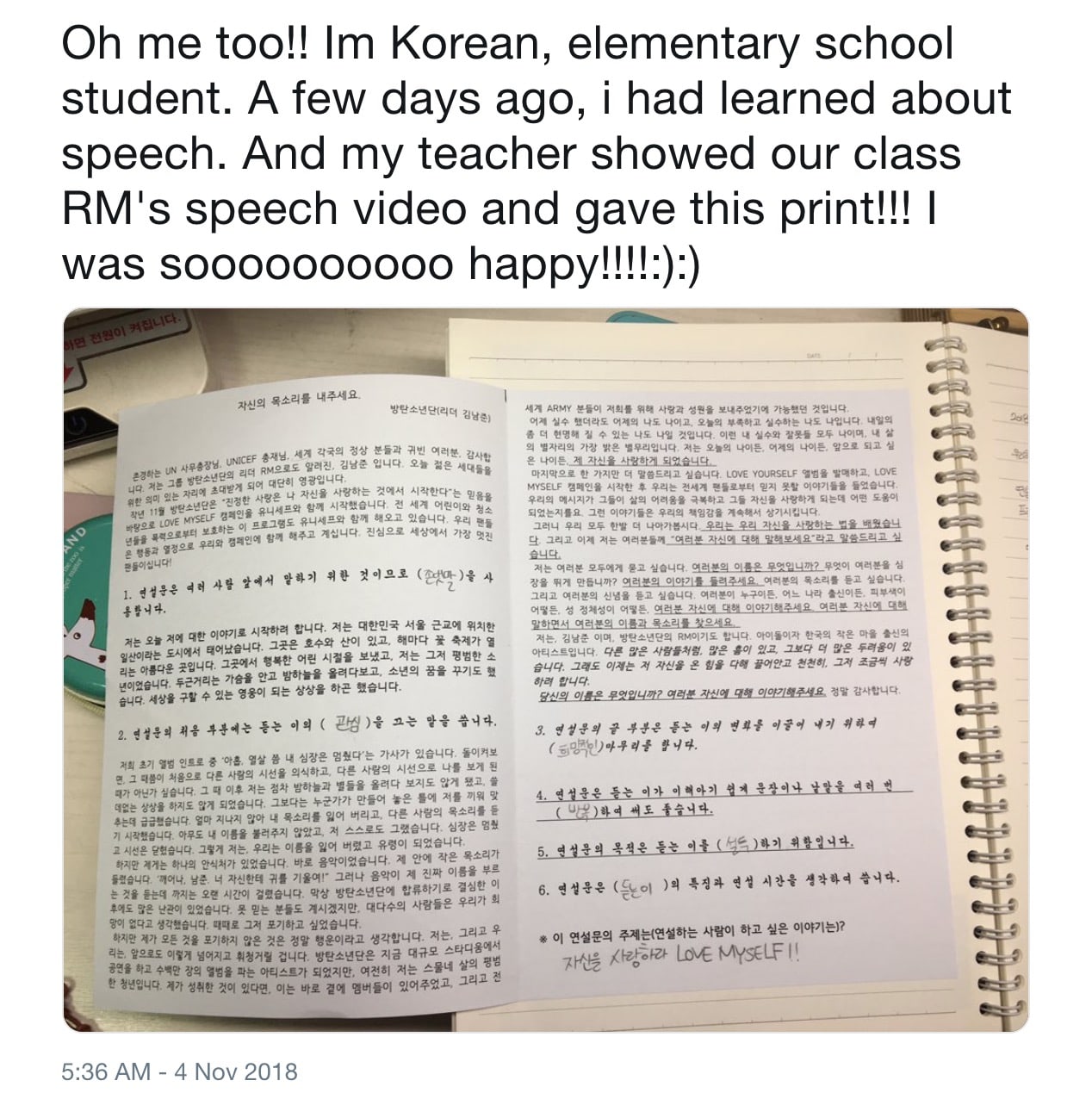 Middle and high schools in Singapore and Vietnam as well have adopted the speech for their own tests, asking the students to “speak themselves” and to answer questions about the text. 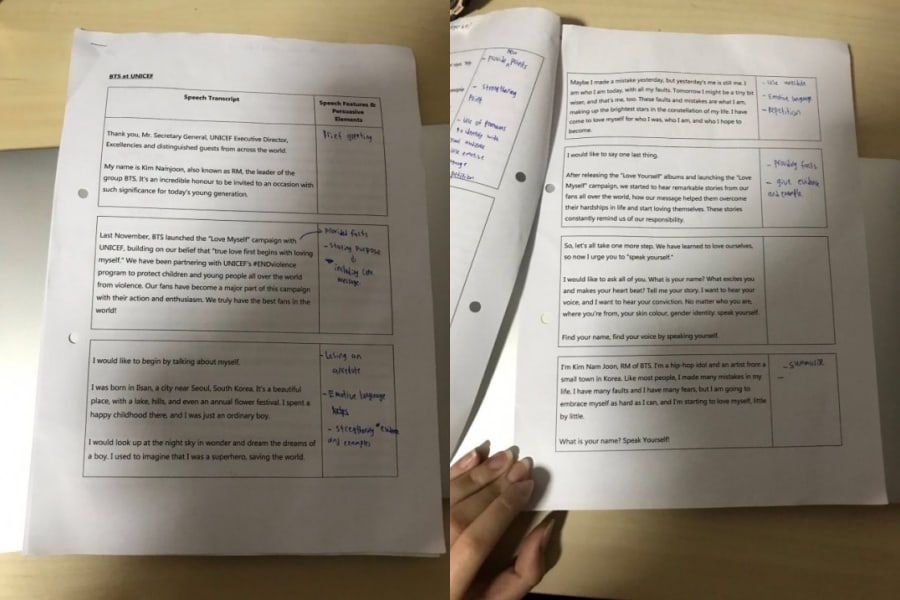 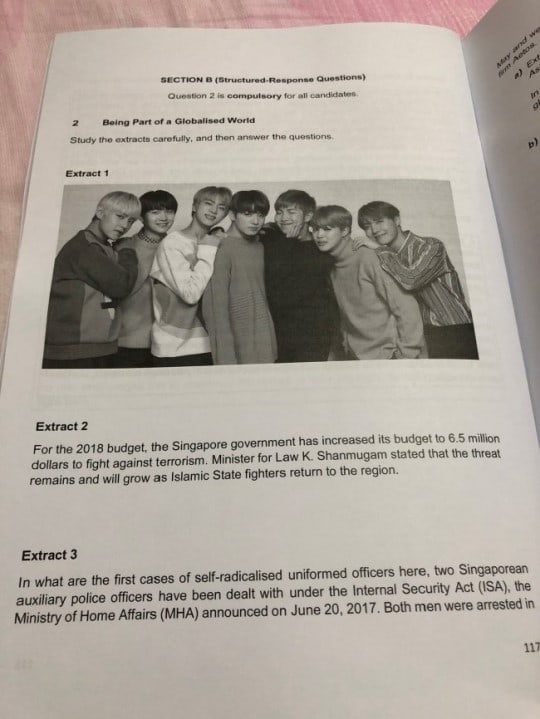 The use of RM’s speech in school is not a result of simple popularity, but the wide reach and universal resonance of their positive influence and the values they aim to uphold.

Just recently, BTS celebrated the anniversary of their “Love Myself” campaign with UNICEF, thanking ARMY for helping spread awareness of the campaign, which promotes loving oneself, others, and making the world a better place. The group also actively helped support UNICEF’s #EndViolence campaign, and on November 2, UNICEF Korea announced that in one year, with the help of BTS, they raised over 1.6 billion won (approximately $1.4 million) in their efforts to end violence and spread positivity.