“Memories of the Alhambra” will be a suspense romance drama that tells the story of Yoo Jin Woo (Hyun Bin), the head of an investment company who flies to Granada, Spain for business and ends up staying at an old hostel run by Jung Hee Joo (Park Shin Hye).

The new character posters provide a deeper insight into the two leading roles. First, Hyun Bin has a sincere look in his eye as he appears to be lost in deep thought in his poster. At first glance, it may be difficult to guess that he is the head of an investment firm who is also a doctor of engineering and a genius when it comes to game development. This may be a hint for the strange happenings that he will encounter while in Granada. The tagline, “Half of what I see is what I expected, but the other half is completely wrong,” evokes curiosity for what he will face. 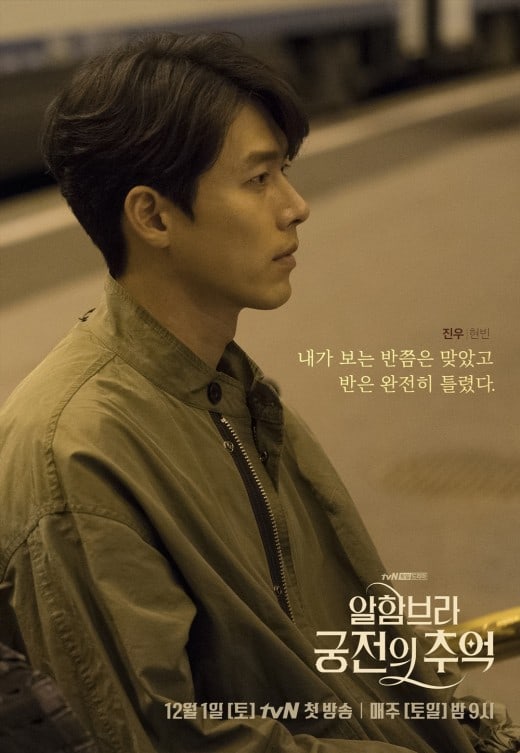 Park Shin Hye has taken on the role of artistic and idealistic Jung Hee Joo. Her eyes contain a myriad of emotions from longing, worry, and confusion, and her poster tagline reads, “He suddenly appeared in my life, changed everything around, and then disappeared.” She once dreamed of becoming a guitarist, but had to give it up and run a hostel in order to provide for her family. It will be interesting to see just how Yoo Jin Woo changes Jung Hee Joo’s life during his visit. 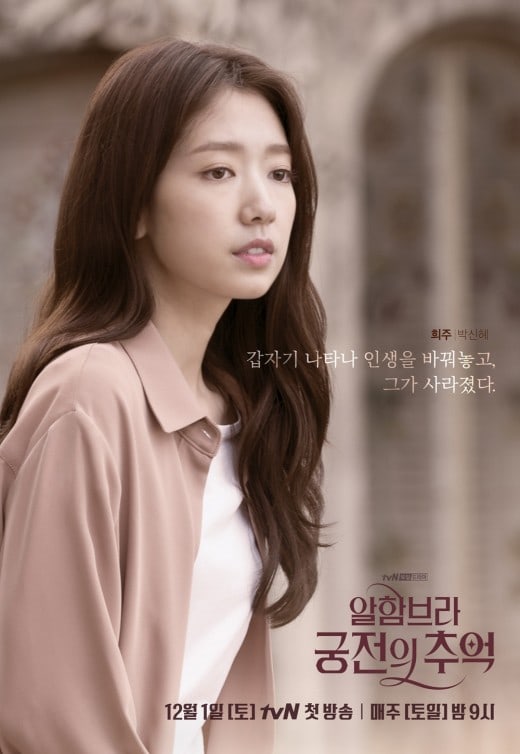 “Memories of the Alhambra” is set to premiere on December 1 at 9 p.m. KST.