“Player” is about an elite team of four criminals who join forces to pull off the ultimate heist.

Song Seung Heon played the role of Kang Ha Ri, the strong and cunning leader of the team who led the operations. He stated he will remember more scenes from this drama than any other production he has ever done because he transformed into many characters. He said, “Maybe because [the cast and crew] had many good memories while filming ‘Player’, but I can still remember everyone’s sad expressions [at the end]. It was very nice to show new sides of myself, and as I acted with affection, I think the viewers and fans gave love and support. I really don’t think I’ll be able to forget the character Kang Ha Ri. Thank you.”

Krystal, who played girl crush Cha Ah Ryung with her extraordinary driving skills, stated, “For the past five months or so, I have been together filming with the staff members and actors. It was such a pleasant time that it feels disappointing [that it’s over]. It’s nice to be able to relax now that it’s over, but it’s too bad we won’t be able to see each other again. It is bittersweet.” Then she added, “I am grateful to all the viewers for watching. The last episode is also really fun. I hope a lot of people will tune in.”

Lee Si Eon took on the role of genius hacker Lim Byung Min. He commented, “It’s too bad the filming is over, but I had a lot of fun. It feels relieving that it’s over, but I am also sad that I won’t be able to see the cast members. Thank you to all the viewers who loved ‘Player’. Thanks to you, we got great results, and all the cast and crew including myself are extremely happy.”

Last but not least, Tae Won Suk, who played top-notch fighter Do Jin Woong, showed his appreciation, saying, “‘Player’ was a very enjoyable production that I am grateful for. I really appreciate Director Go Jae Hyun who trusted me, chose me, and made it easy to act on set. I’m thankful to Seung Heon, Si Eon, and Krystal who helped me adjust to the scene. Most of all, I am grateful to the staff for working hard in both hot and cold weather.” Then he said, “It doesn’t feel like the end yet, but I’ll miss [the drama] a lot. I was very happy, and I had fun. Let’s do our best until the end!” 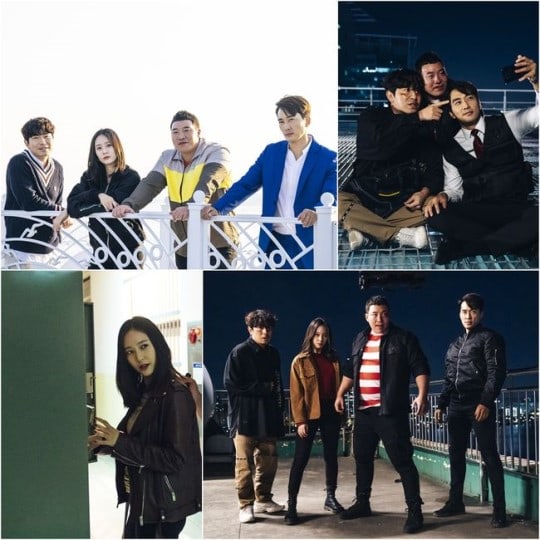