Bora and Soyou showed their love for Hyolyn at her first solo concert!

On November 11, Bora posted a photo of her and Soyou with Hyolyn backstage at her first solo concert “True” at Yes24 Live Hall in Seoul. She wrote, “Hyolyn’s first solo concert. Good job.” In the hashtags, she added, “Bora,” “Hyolyn,” “Soyou,” “We are SISTAR.”

On her Instagram Stories, Bora attached a video of her and Soyou singing along to Hyolyn. With a photo of Hyolyn on stage, Bora also wrote, “Hyolyn’s concert made me think a lot today. The fact that she’s doing well on her own… I feel so proud that I cried even when Hyolyn didn’t. I’m upset and happy about the fact that I get emotional at hearing the word SISTAR. I thought that it’s great that I’m working hard in my position, how the other members are working hard for themselves, and that Hyolyn is amazing on stage. I was envious and it was a concert that made me have many thoughts and feelings.”

She continued, “There are many things I overcame in the past seven years, and it’s tiring that there are things I still have to overcome. But I think that I’ll also become a greater person if I overcome them. I look forward to good music from here on out as well. 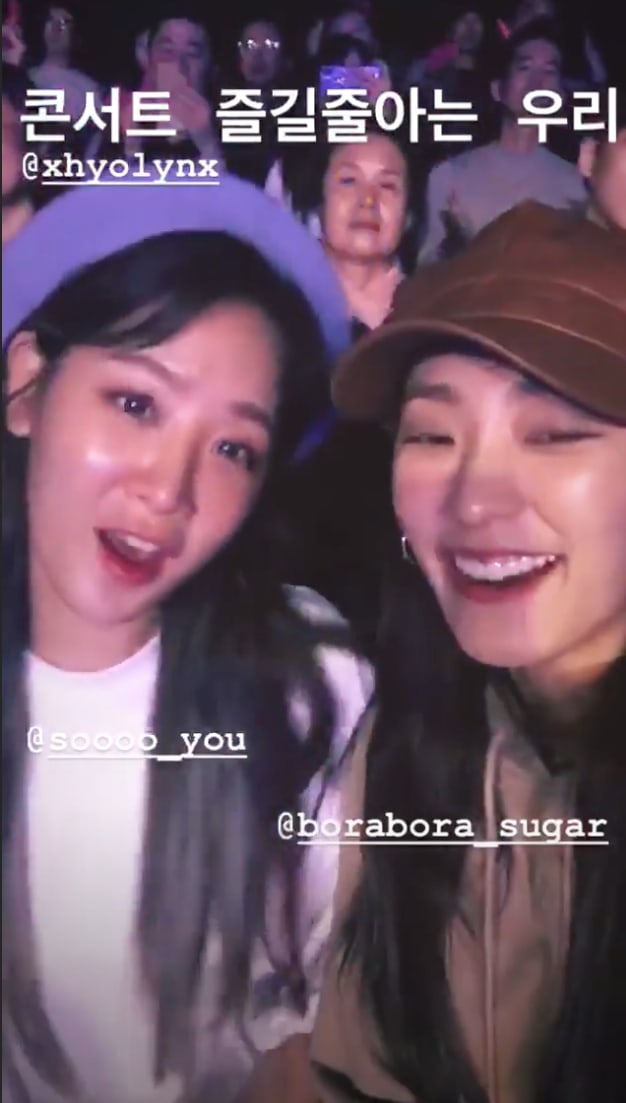 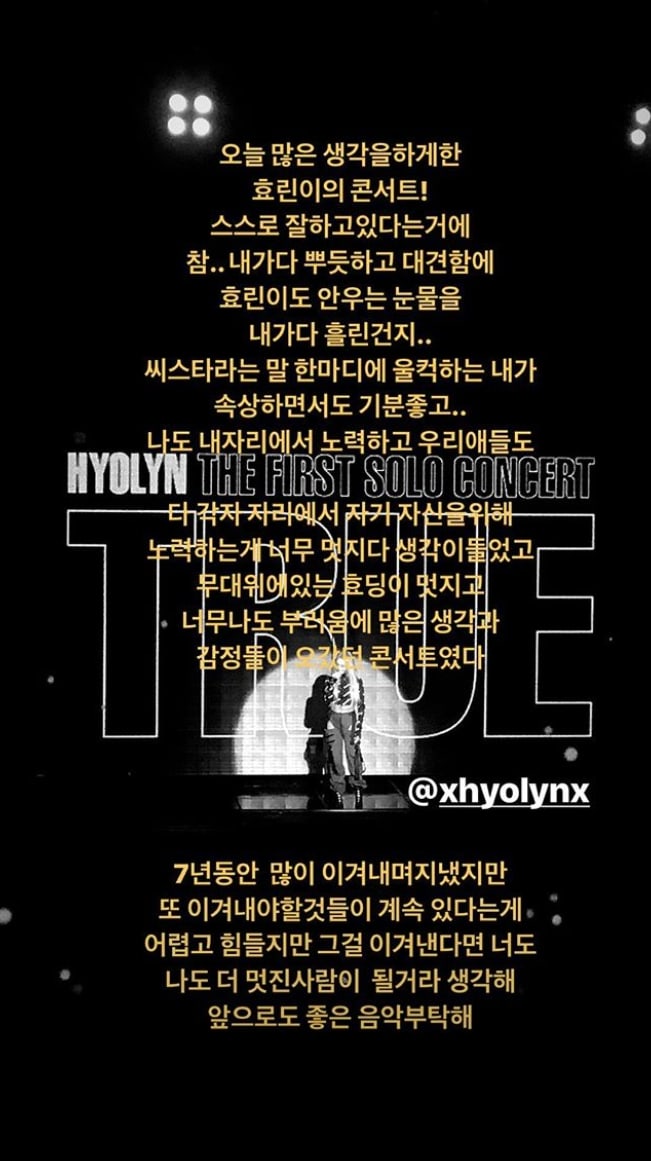 Since their disbandment in 2017, the members are now in different agencies, but their friendship still remains strong.

Bora will appear on OCN’s “God’s Quiz: Reboot,” which premieres on November 14. Dasom most recently starred as the lead in KBS 2TV’s “Ms. Kim’s Mystery” (literal title) and Soyou is currently promoting the title track “All Night” from her solo album. Meanwhile, at the concert, Hyolyn revealed her newest title track.

Hyolyn
Soyou
Bora
SISTAR
How does this article make you feel?