Update: EXID Gives A Fun First Look At MV For Much-Anticipated 5-Member Comeback With “I Love You”

With their comeback set for November 21, EXID has released an MV teaser for their title track “I Love You”!

EXID has unveiled another look at their upcoming comeback, this time showing a snippet of their choreography set to their comeback track “I Love You.” The members also laugh as they have fun in front of the camera, goofing around and showing their strong chemistry.

EXID has offered a sneak peek of their new choreography for their upcoming track “I Love You”!

Check out the group’s new “spoiler” dance practice clip below:

EXID has shared their first group photo for their upcoming comeback “I Love You”!

They’ve also shared a short clip from their album photo shoot, where the members can be seen rocking red outfits as they pose for photos. 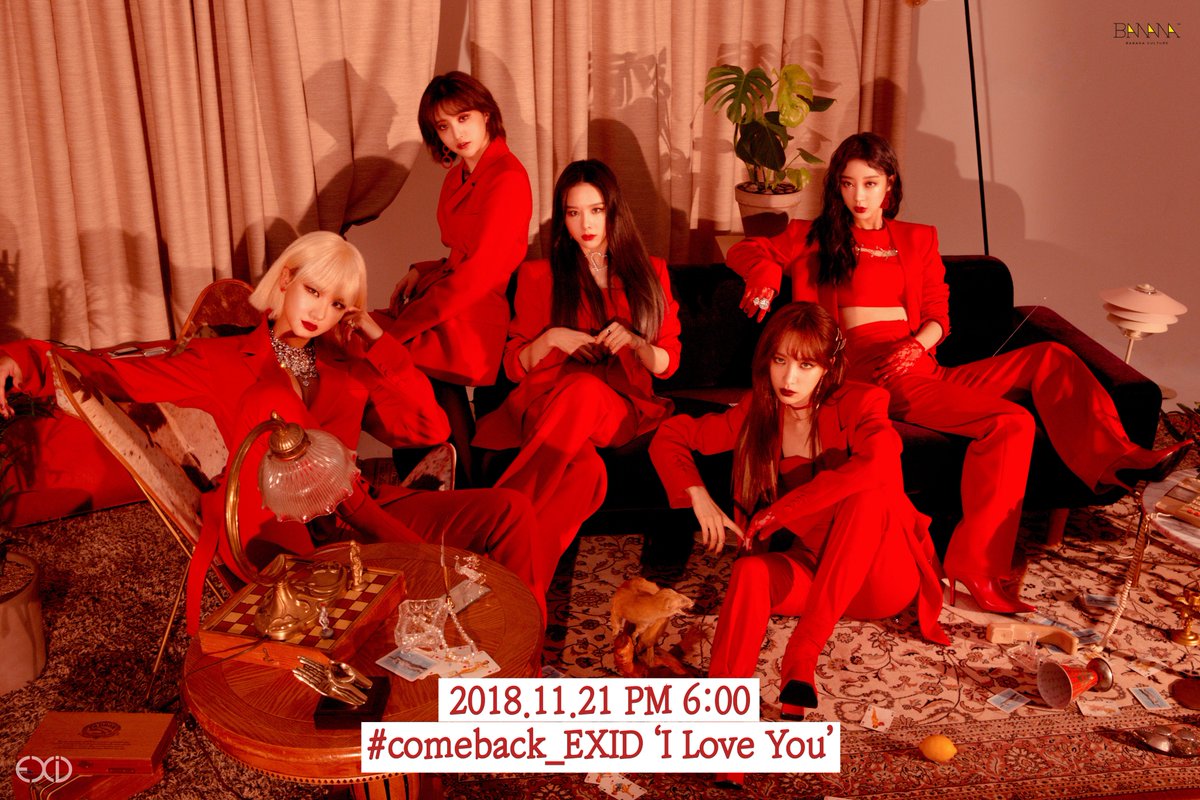 EXID’s fans are thrilled to see Solji in new teasers for “I Love You”!

In her interview clip, Solji was asked how she feels to be making a comeback with all five members after her two-year hiatus. Solji said that she had just been commenting earlier while having her make-up done that it felt like it’s been a really long time since she shot jacket photos. “It’s a time that I’ve really been waiting for,” she said. “I want to quickly film the music video and finish everything so that I can go see the fans.”

She also said to their fans, “I’m sorry for making you wait.” She promised that they’ve been working hard, so she asked fans to support the group a lot. 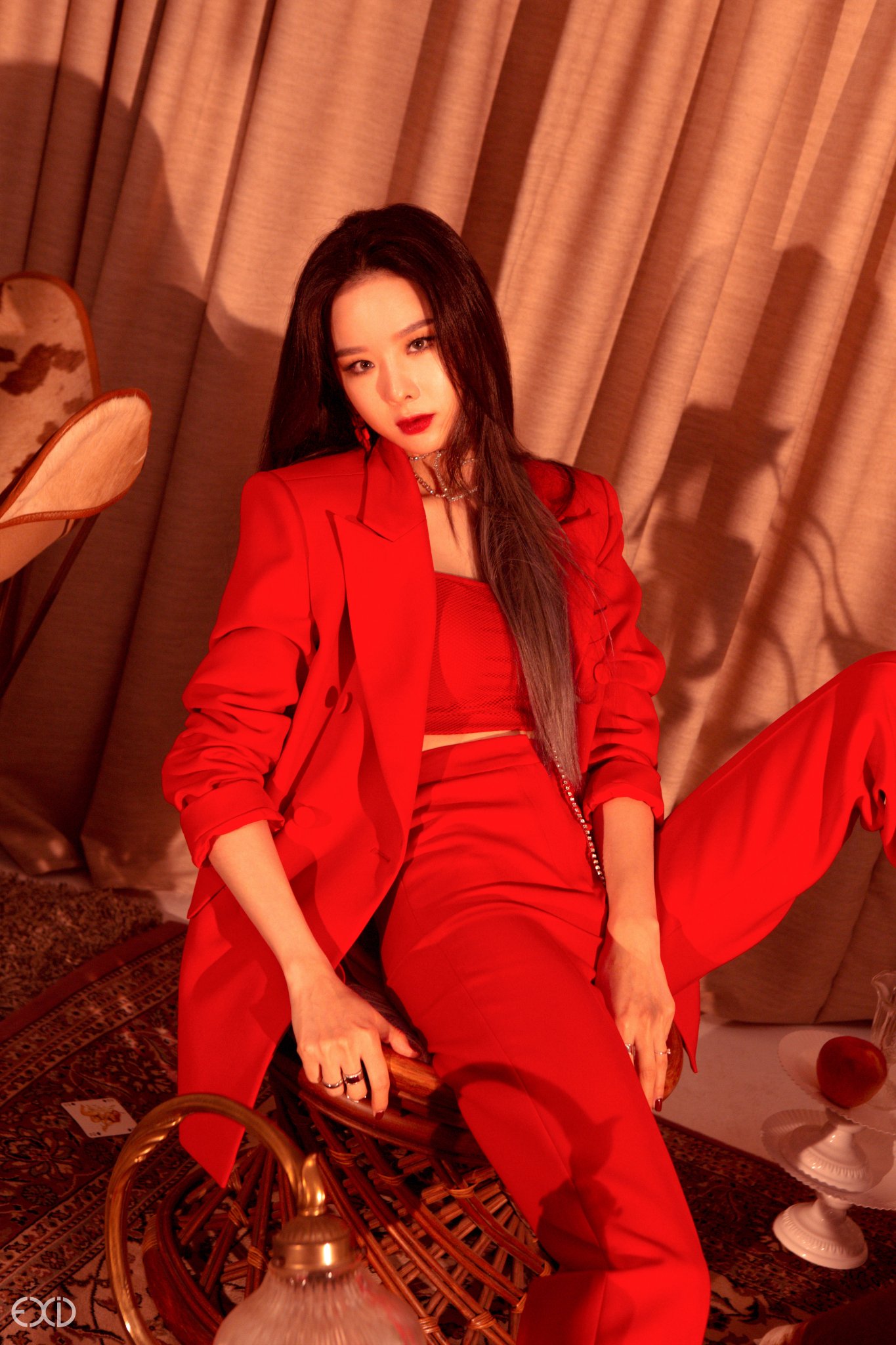 EXID’s latest teasers for “I Love You” are now out!

This set features member LE, who talked in her interview clip about how their five-member comeback feels both very familiar and also surreal. “I’m so, so happy,” she said. 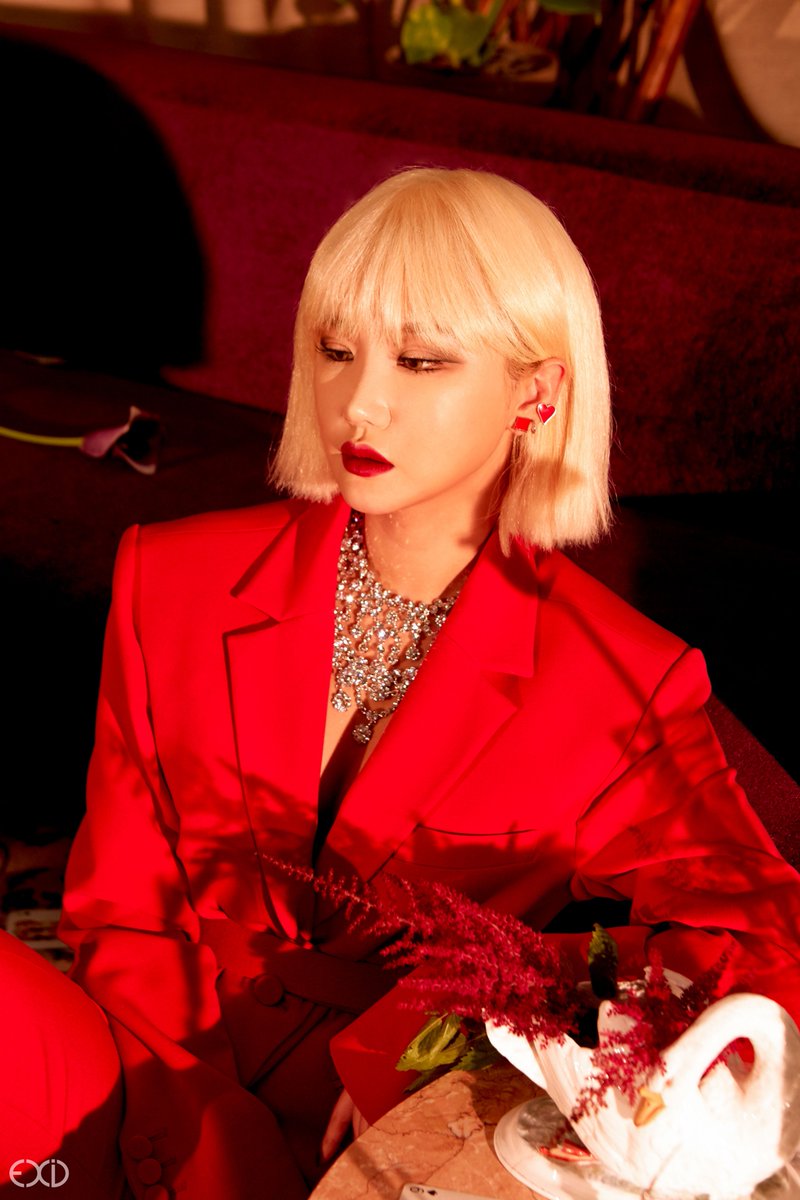 EXID has released Jeonghwa’s teasers for their return with “I Love You”!

In her interview clip, Jeonghwa said that during Solji’s two-year hiatus, she came to realize how precious their time together as five is, and shared her excitement for their comeback. 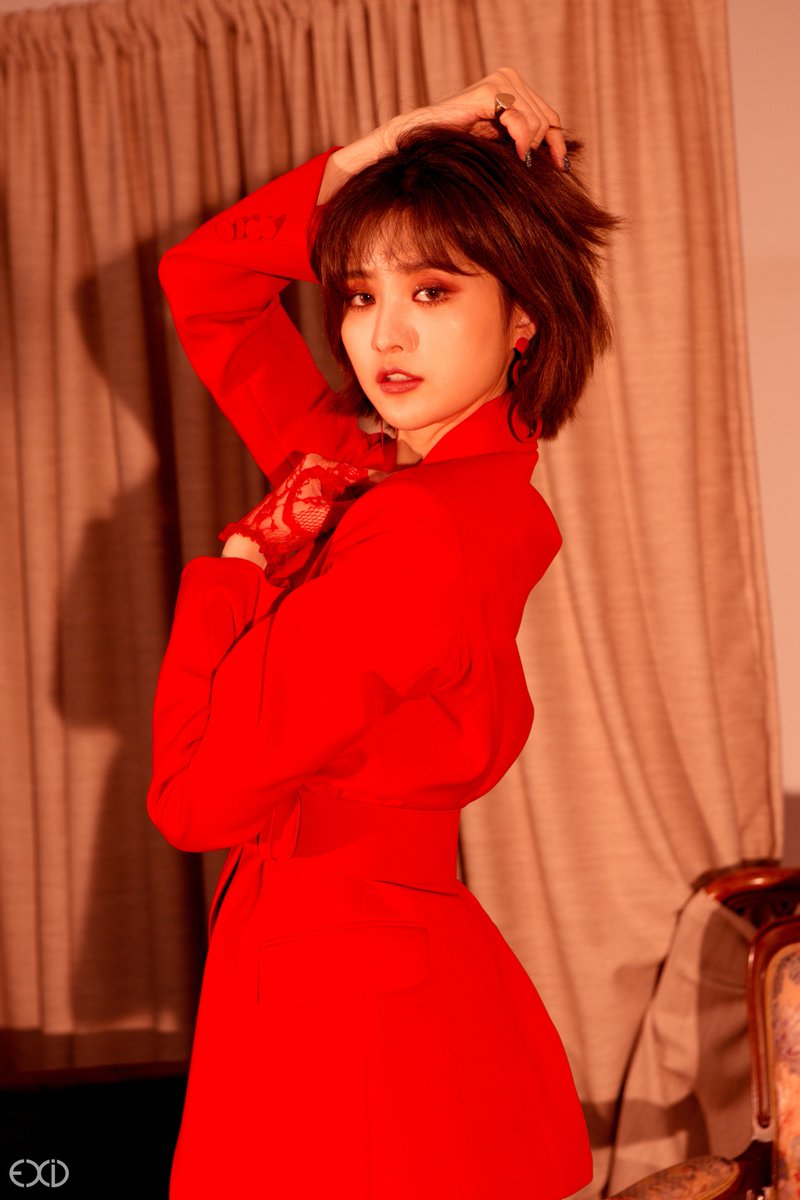 EXID has released the next teasers for their single “I Love You”!

This batch features Hyelin, and she says in her clip that their comeback with five members doesn’t seem that unfamiliar to her because they’ve been active together as a full group recently in Japan and were also always together. She said she hopes their fans look forward to their comeback and love it a lot. 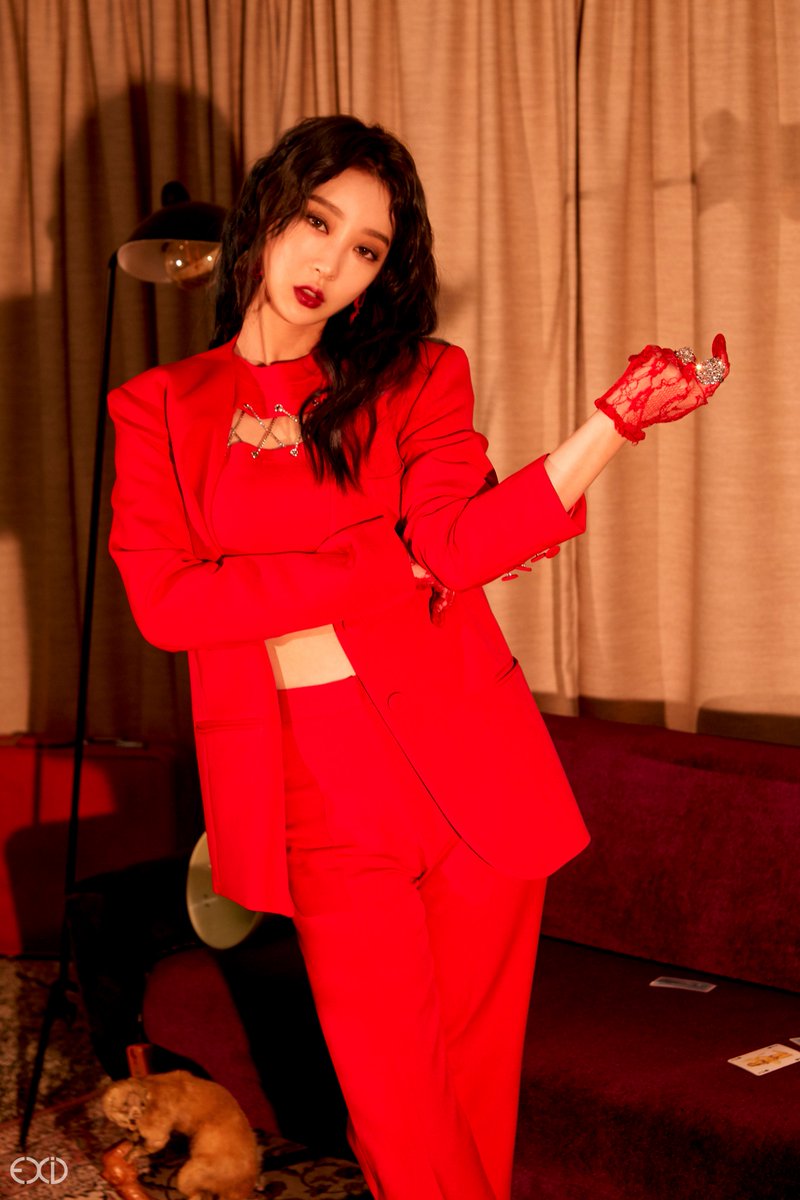 EXID begins the countdown to their comeback with a bold teaser!

On November 12 at midnight KST, the group dropped a teaser image of member Hani as well as a short interview clip for their upcoming single “I Love You.”

In the video, she explains how she’s very excited to be making a comeback with all five EXID members, and how she hopes fans will enjoy this comeback as much as them. The clip also gives a behind-the-scenes looks at Hani shooting photos for their new release. 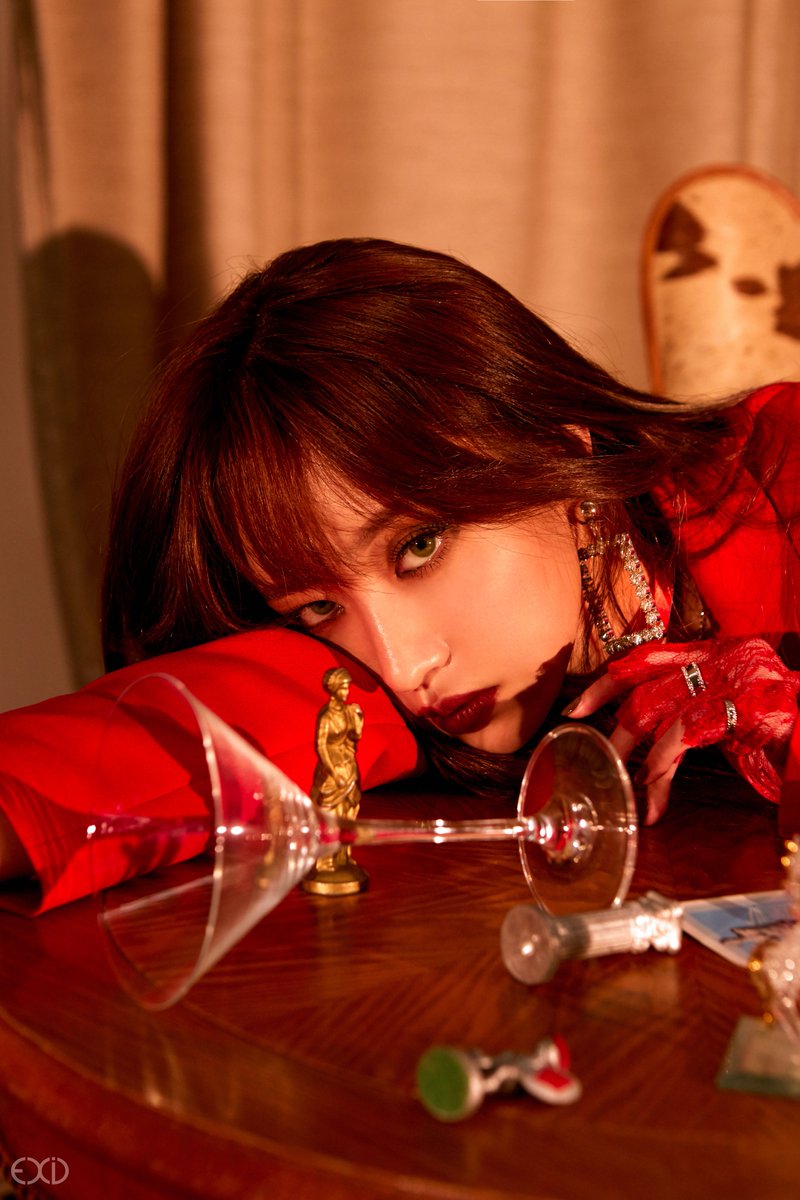 This upcoming release marks Solji’s first comeback with the group in almost two years, after being on hiatus for her health since December 2016.