“Running Man” Cast Votes For The Members They Consider Worst-Looking, Worst-Dressed, Most Treacherous, And More

The cast of “Running Man” hilariously revealed their honest opinions of one another on the show’s latest episode!

During the November 11 episode of the SBS variety show, the cast members played a game that tested their teamwork. In order to succeed at the mission, the cast needed to give the same unanimous answer to a question about the other members.

To ensure that they wouldn’t cheat, each of the eight members went into a separate hut to answer the questions, and the members whose answers did not match the majority vote received a drawing on their face as punishment.

For the first question, the cast was instructed to “choose the ugliest member out of all the ‘Running Man’ members.” Both Lee Kwang Soo and Ji Suk Jin spent some time debating between Yoo Jae Suk and Yang Se Chan, with Lee Kwang Soo jokingly complaining, “This is so hard. It’s like asking me to choose whether I like my mom or my dad better.”

Kim Jong Kook similarly remarked, “Things are confusing now that Yang Se Chan joined the cast.” Even Yang Se Chan himself briefly picked up his own name tag, looking tortured as he commented, “It really makes no sense that I’m picking my own name.”

In the end, however, most of the “Running Man” cast members came to the same decision after HaHa called out, “This is [based on what we look like] without any accessories!” Aside from Song Ji Hyo, who chose Yang Se Chan, and Yoo Jae Suk, who chose Ji Suk Jin, the remaining six members all voted for Yoo Jae Suk.

Yang Se Chan explained, “When you take away his glasses and popularity, it’s definitely [Yoo] Jae Suk,” and the other cast members teasingly agreed. 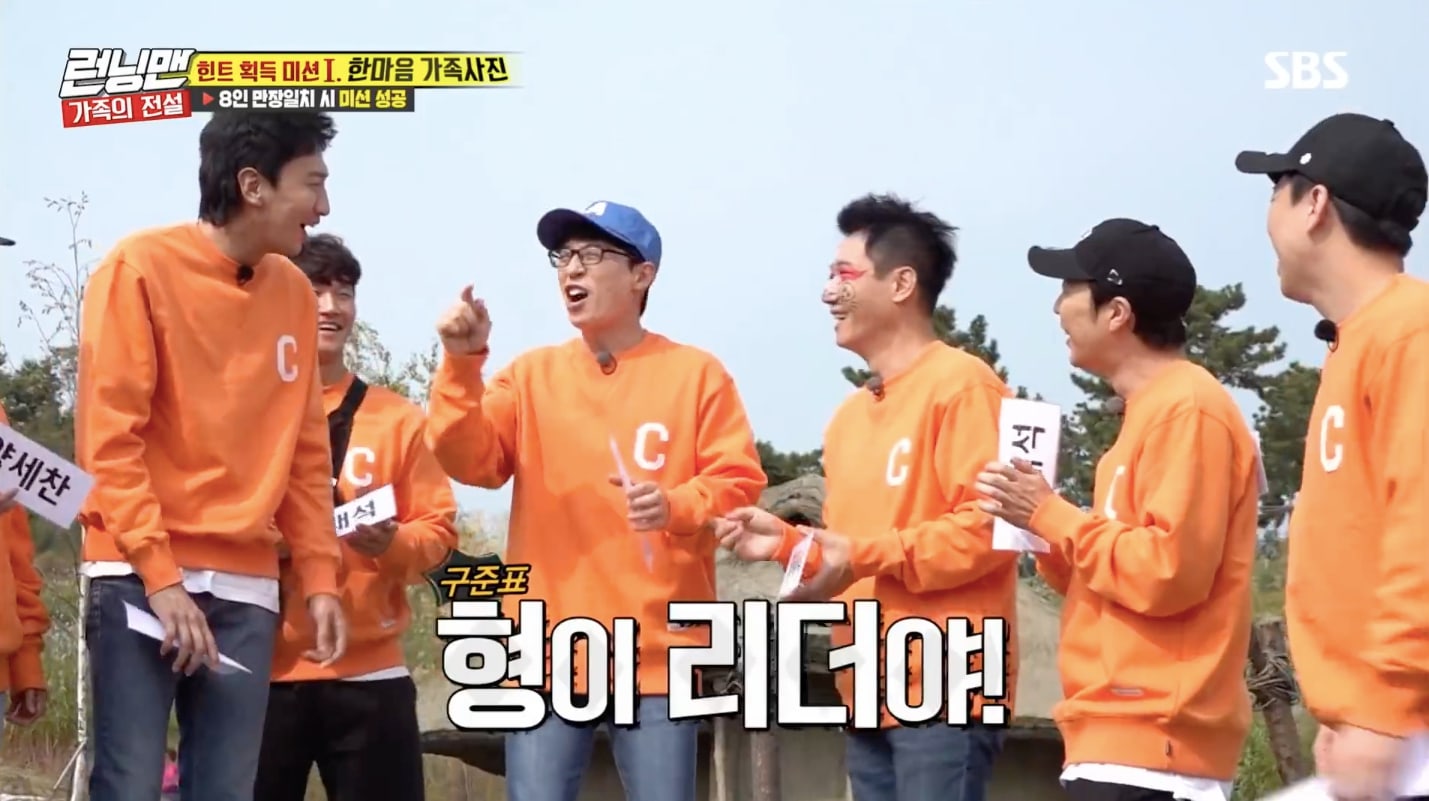 The next question asked the cast to “choose the best-looking person out of all the ‘Running Man’ members.” Lee Kwang Soo immediately exclaimed, “This is harder than the CSAT [Korea’s College Scholastic Ability Test]!” Then, after some consideration, he said with a smile, “Honestly, I personally feel like it’s me. But there are too many people [in the cast] who are jealous of me. No, really. So I don’t think they’ll pick me.”

After hearing the question, HaHa suddenly began primping in front of the camera, while Kim Jong Kook confidently declared, “Well, it’s me. So I’ll pick myself.”

Jun So Min voiced her inner turmoil by saying out loud, “So Min, let’s think about this. It’s the end of the world. These are the only men left on Earth, and you have to pick one. If I had to get married… to be honest, if you’re looking only at faces, [Kim] Jong Kook has a very cute look. He has smiling eyes and gives off a good impression. But if I think about marrying him, I think it’d be too difficult. That’s what keeps bothering me.”

Ultimately, Jun So Min chose HaHa for her final pick, while both Lee Kwang Soo and Ji Suk Jin voted for themselves. The remaining five members all chose Kim Jong Kook as the best-looking member.

Yoo Jae Suk protested, “So Min, how can you say that HaHa is good-looking?” Jun So Min defended her answer by joking, “I think that there must be a reason that he was able to get married. I feel like it was probably his face.” 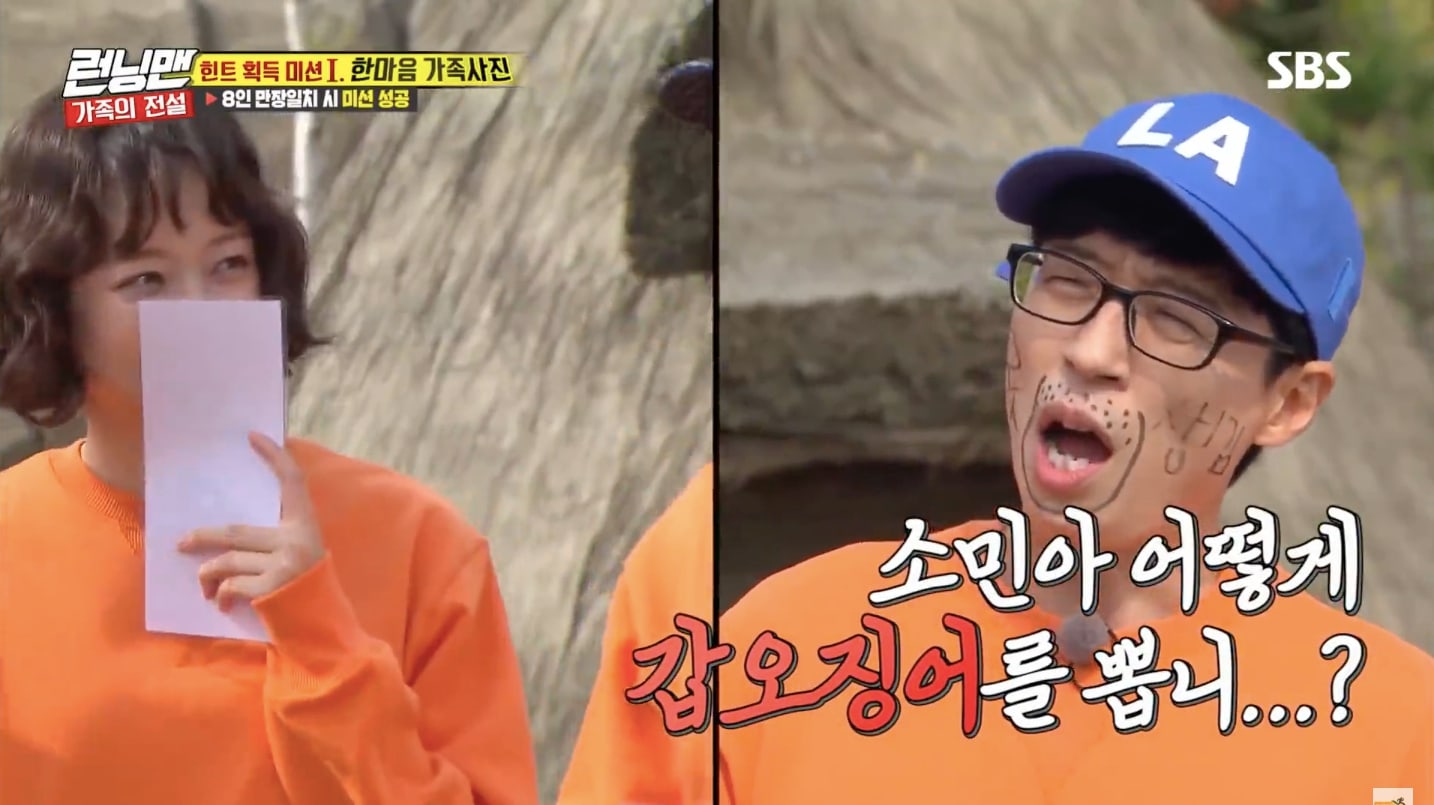 The “Running Man” members were even more divided on the next question, which asked them to choose the worst dresser out of the entire cast.

Finally, the cast was asked to “choose the member that comes to mind when you hear the word ‘traitor.'”

Most of the members didn’t hesitate to reach for Lee Kwang Soo’s name tag, with Jun So Min remarking, “This is obvious,” and Kim Jong Kook laughing, “You gave us a really easy one.”

Yoo Jae Suk similarly asked, “Is there any need to discuss this?” He then yelled in Lee Kwang Soo’s direction, “All we need is for you to vote for yourself!” HaHa opened the door of his hut to chime in, “If you don’t [pick yourself], you’re not even worthy of being called human!”

As the members emerged from their respective huts, they began worrying aloud that Lee Kwang Soo hadn’t made the obvious choice and voted for himself. Noticing that Lee Kwang Soo still hadn’t appeared, Yoo Jae Suk stormed into his fellow cast member’s hut and shouted, “You better hurry up and grab your own name tag!”

After some forceful threatening, Lee Kwang Soo finally joined the other members with his own name tag, and the cast was able to succeed in their mission at last. 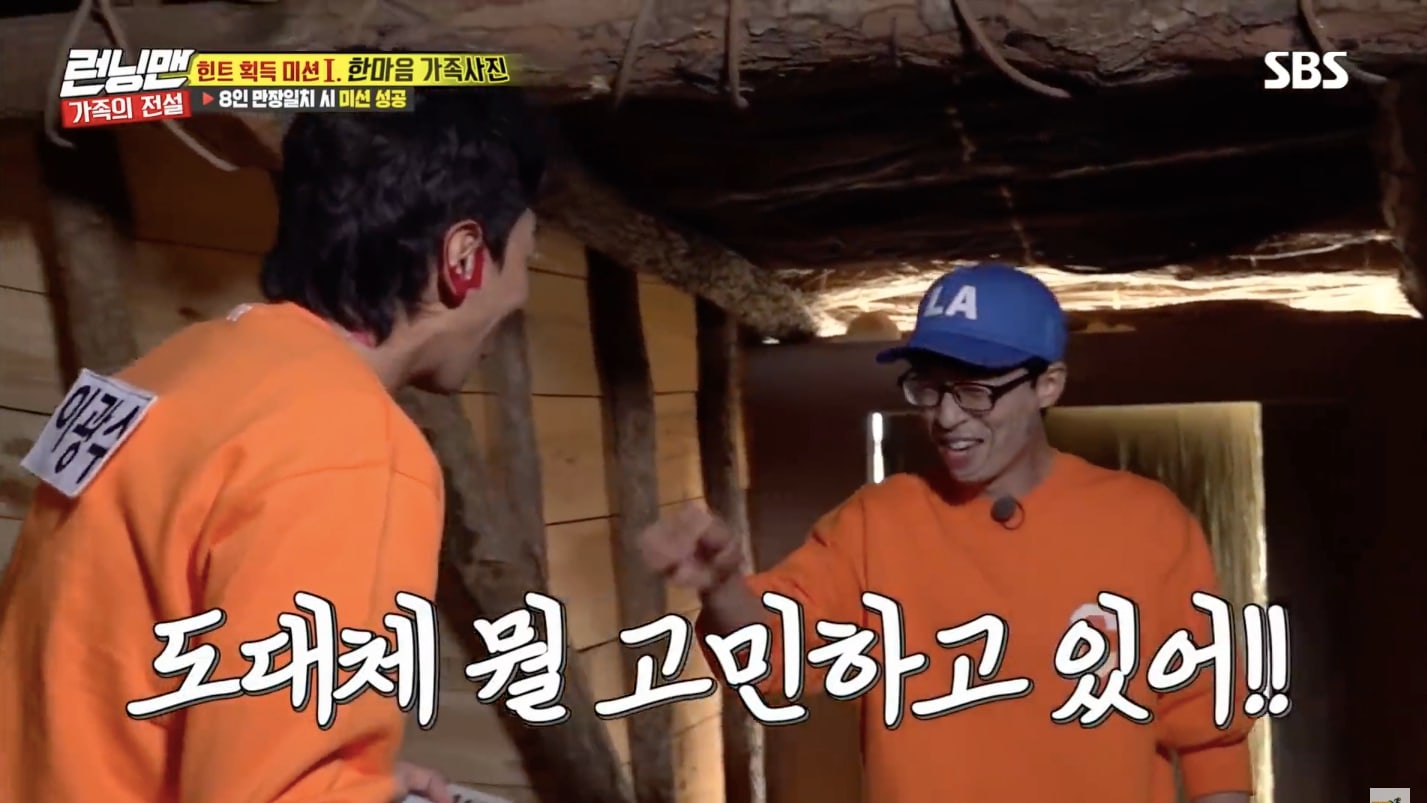 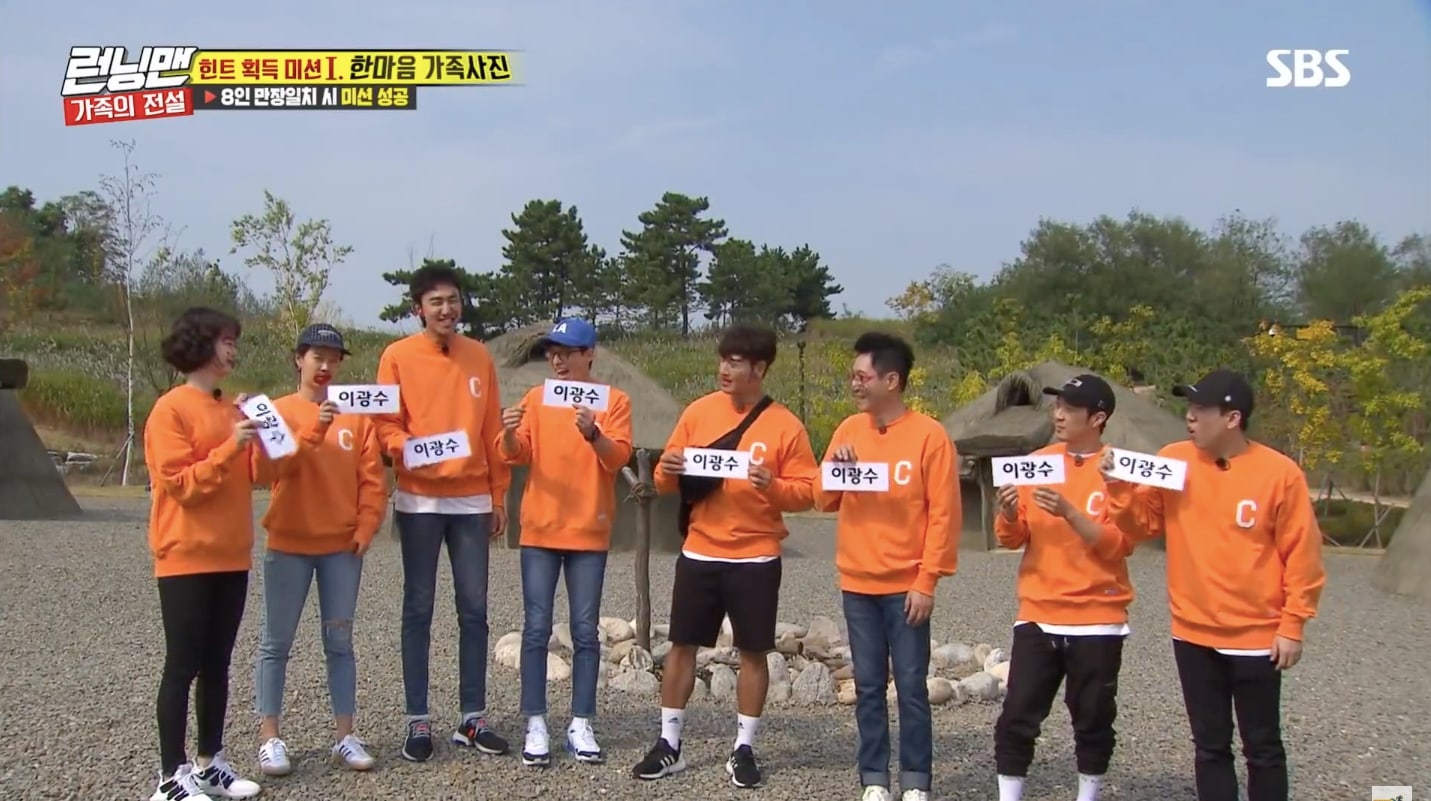