TWICE has swept this week’s Gaon charts with “YES or YES“!

On November 15, Gaon Chart announced that the girl group had earned a quadruple crown after topping four of its weekly charts. TWICE took No. 1 on the physical album chart, the overall digital chart, the download chart, and the social chart for the week of November 4 to November 10.

Congratulations to TWICE on their impressive feat!

Here are the top five for each of this week’s charts: 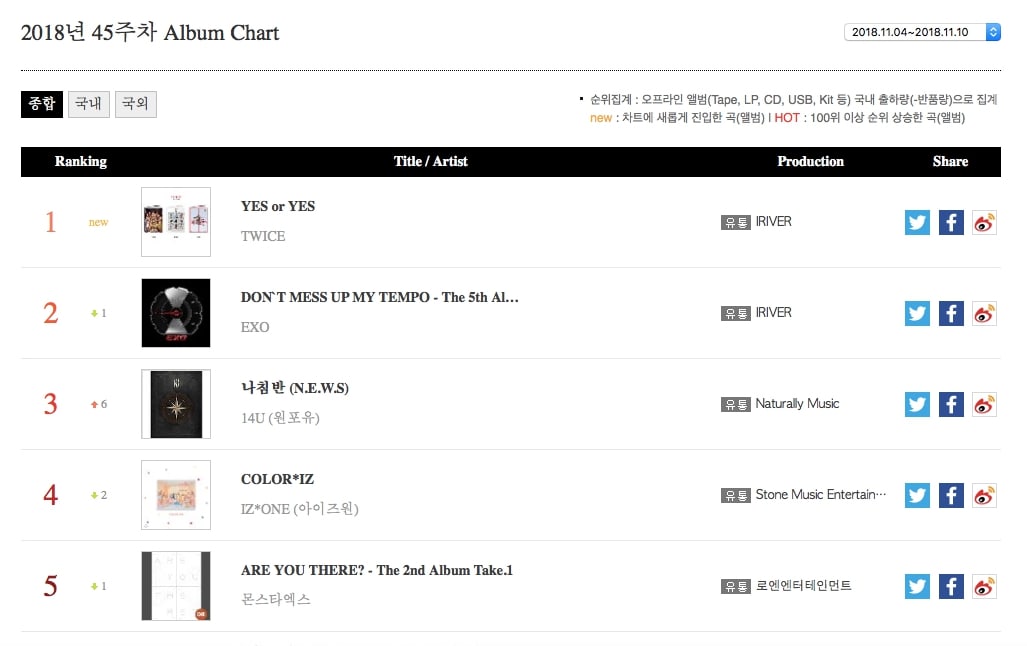 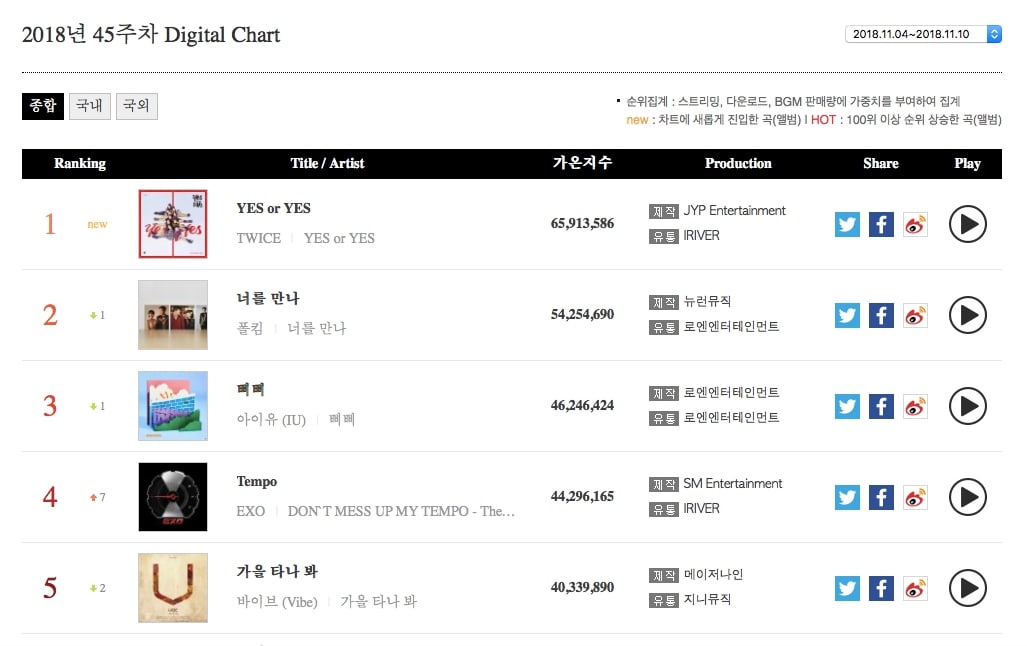 TWICE’s “YES or YES” topped this week’s download chart, with EXO’s “Tempo” trailing at No. 2, Paul Kim’s “Me After You” at No. 3, and IU’s “BBIBBI” at No. 4. (G)I-DLE’s special collaboration with Madison Beer and Jaira Burns for League of Legends, “POP/STARS,” rounded out the top five for the week. 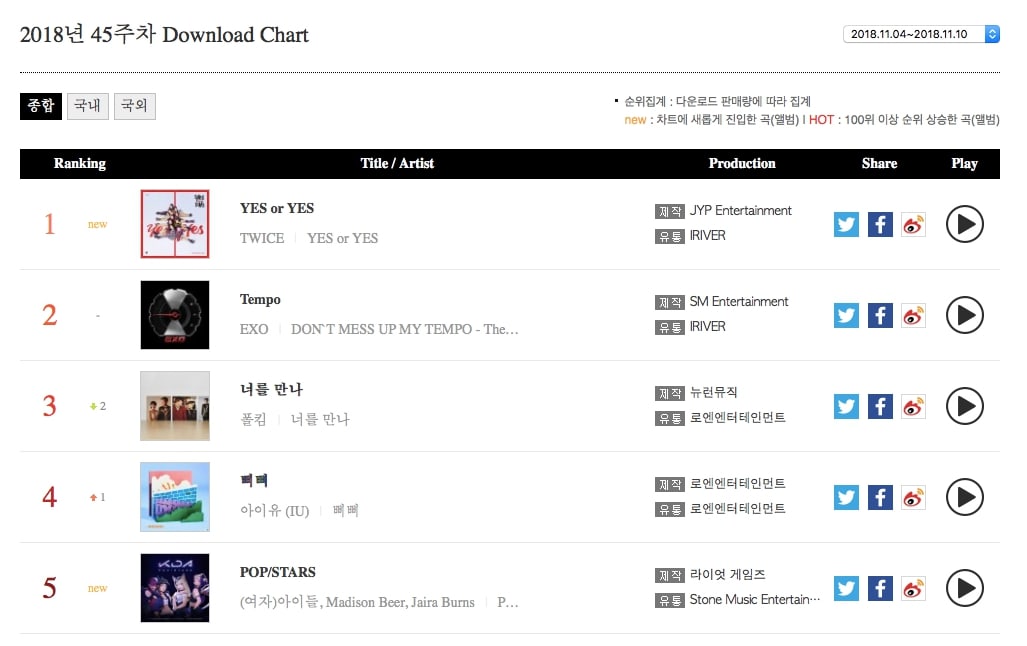 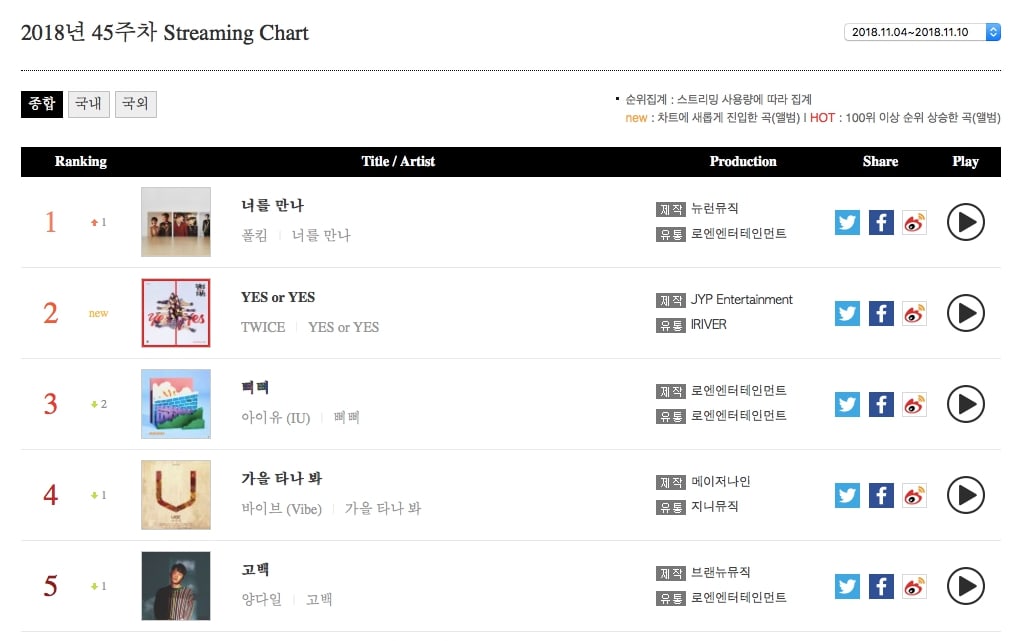 Finally, TWICE’s “YES or YES” debuted at No. 1 on this week’s social chart. EXO’s “Tempo” shot up in the rankings, with the Korean version taking No. 2 for the week and the Chinese version charting at No. 5. IZ*ONE’s “La Vie en Rose” charted at No. 3, followed by BTS’s “IDOL” at No. 5.