Song Seung Heon Talks About His Approach To Acting, Turning Points In His Career, And More

Song Seung Heon recently talked about how his approach to acting had changed, the turning points in his acting career, how things have changed since his 20s, and more in an interview.

The actor made his debut as a clothing brand model in 1995, and began acting with MBC’s “Three Guys, Three Girls.” He rose to stardom with popular dramas such as “Autumn in My Heart,” “Summer Scent,” “East of Eden,” and more. He recently showed a very different kind of acting in OCN’s “Black” and “The Player,” and has continuously been active in various projects.

Song Seung Heon shared, “Personally, I don’t want to appear mysterious as an actor. When there’s a good project or character, I tend to do it. Though it’d be nice if every project was popular, it doesn’t happen just because I want it to. In the end, the only thing that’s left is the project. So if there’s a good project, I think that I have to do it.”

He then shared how he had approached acting when he was younger, and commented, “To be honest, when I was in my 20s and 30s, I didn’t know how to act. I’d never prepared for acting, so it was hard to prepare for projects and it wasn’t fun. I just suddenly started acting one day. Not from pressure from those around me, but I acted under pressure and time flew by. That’s why I did acting, but I didn’t find acting fun when I was young. That’s why I obviously wasn’t praised. Even now, when I see ‘Autumn in My Heart,’ I want to switch the channel and think that, ‘That’s why I was cursed out.” 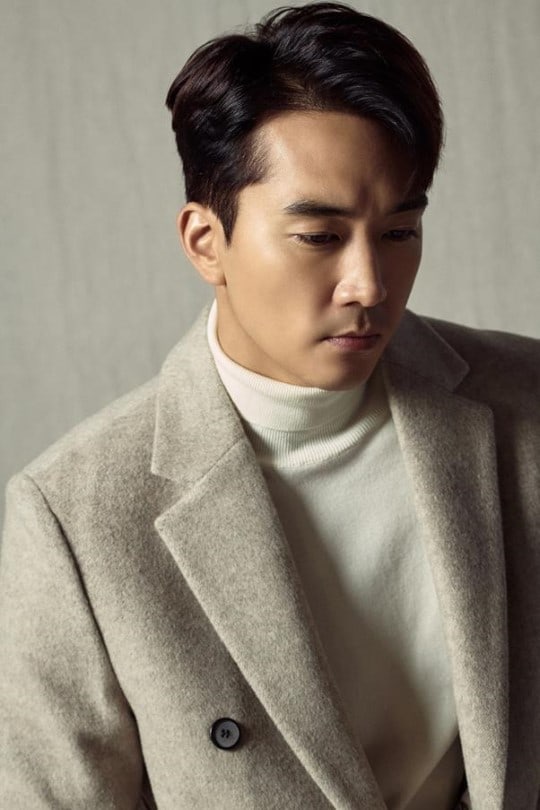 Song Seung Heon laughed and remarked, “The thing that changed the way I thought about it was a letter from a fan. It said, ‘Please live a life where you’re thankful to yourself as someone who acts for his job.’ That really touched me. I thought again about how my job touched someone. I thought that whatever I did, I couldn’t do it haphazardly, and that I would have to do my best. Afterwards, I tried to make acting fun. After three to four years, I found acting fun, and became ambitious about acting.”

He picked the film “Obsessed” as the project that showed this change the most. He explained, “Up until then, I had trapped myself in a mold and tried to move within it. ‘Obsessed’ was the project that broke that mold. It was a project that I wouldn’t have been able to do in my 20s or 30s.”

He continued, “Even though the topic was about adultery, the emotions that my character had were heartbreaking. There was physical exposure, but I had always wanted to do it at least once. After taking on a challenge like that, choosing my next projects became easier and easier. ‘Obsessed’ was a turning point for me.”

On his recent forays into genre dramas such as “The Player,” Song Seung Heon shared, “I’ve completely fallen for genre dramas as much as I don’t want to do melodramas. I’m normally really shy and get misunderstood a lot. But when I’m with people I’m comfortable with, I’m mischievous and joke around a lot.”

He added, “The first thing the director asked me to do was be like I am normally for Kang Ha Ri [his character in ‘The Player’], a joking-around and comfortable image. I was always close with the director. Since the set was comfortable, my natural personality came out. Rather than pretending to be cool or intense and serious, I tried to convey a light and cool character. I think people found that refreshing.” 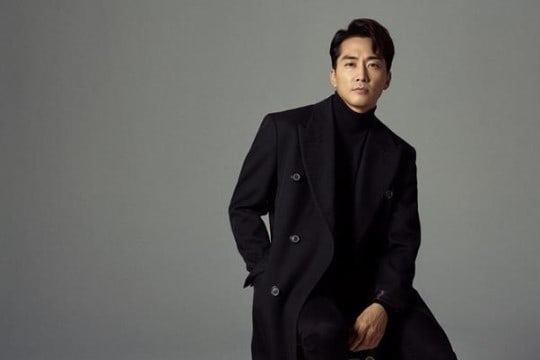 Song Seung Heon also talked about why he had been able to avoid the stereotypical romantic male lead, and how he was reevaluated with his recent acting. He expressed, “This was acting that I wouldn’t have been able to do when I was younger. But since I was able to comfortably let things go, I was able to have fun while filming, and people said good things about it. I thought that kind of reaction was cool. Before, I tried to be tense and tried to look just a little bit cooler. Rather than that, I was able to be comfortable and I think it’s interesting how people like that.”

When asked what had changed, he laughed and said, “I think it’s because I got older. I’ve tried a lot of tense and cool acting, but I felt the charm of comfortable acting through ‘Black.’ In the end, I think that as time passed by, the posture and thoughts I had became more flexible. I’m glad that I was able to hear praise on my acting in this drama.”

On his future projects, Song Seung Heon laughed and commented, “There are a few projects I’m thinking about, but I haven’t decided on any yet. In this cold winter, I want to play a little and do a new project. I want to try more genre dramas, but I also want to try another heartbreaking, traditional melodrama like ‘Autumn in My Heart.'”

If you haven’t already, check out Song Seung Heon in “The Player” below!