PENTAGON’s Hongseok went through some tough times on the latest episode of MBC’s “Real Men 300”!

During the November 16 broadcast of the reality show, Hongseok repeatedly found himself dozing off during his military training. He even managed to fall asleep during the middle of a live demonstration, leading the instructor to wake him up and ask him if he could describe what he had just seen. 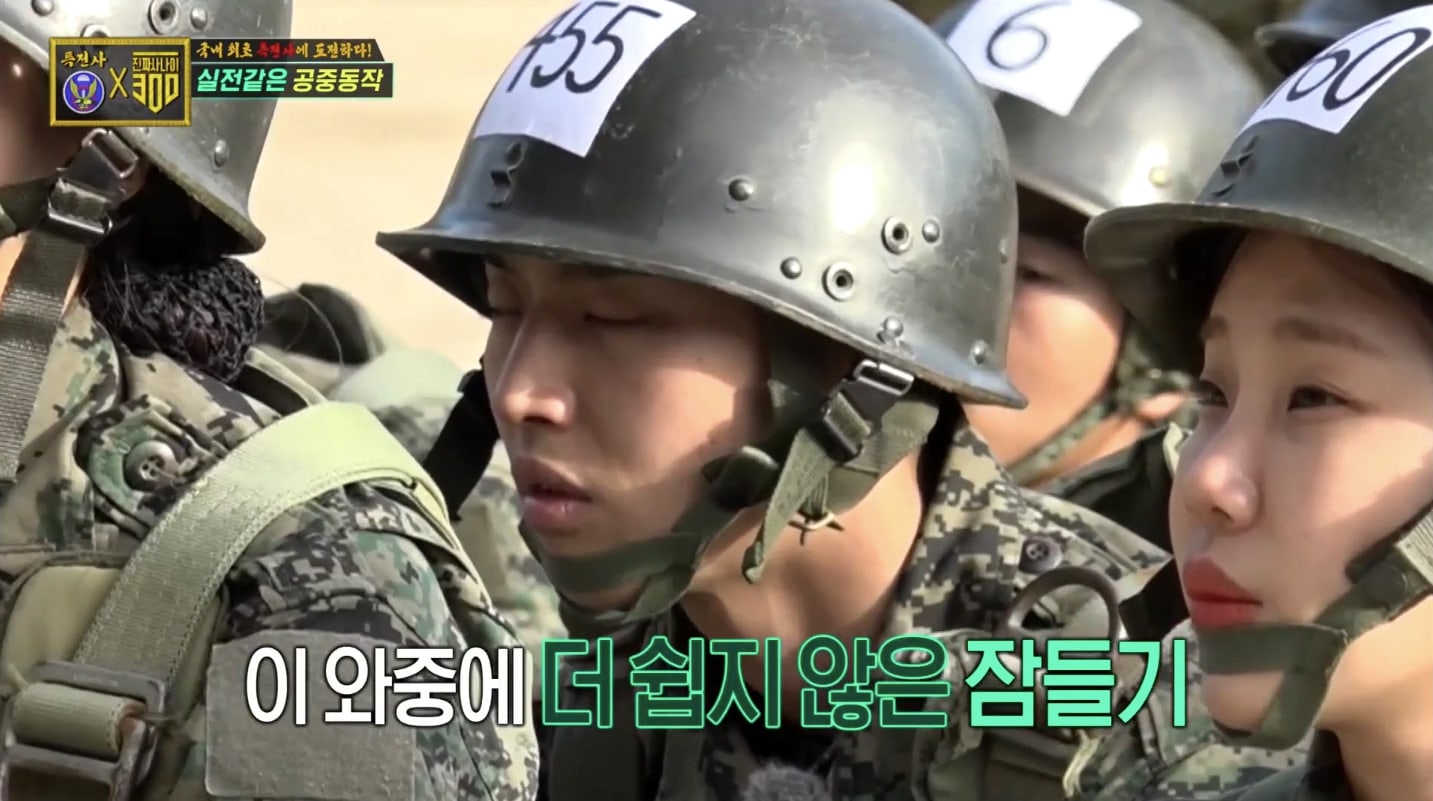 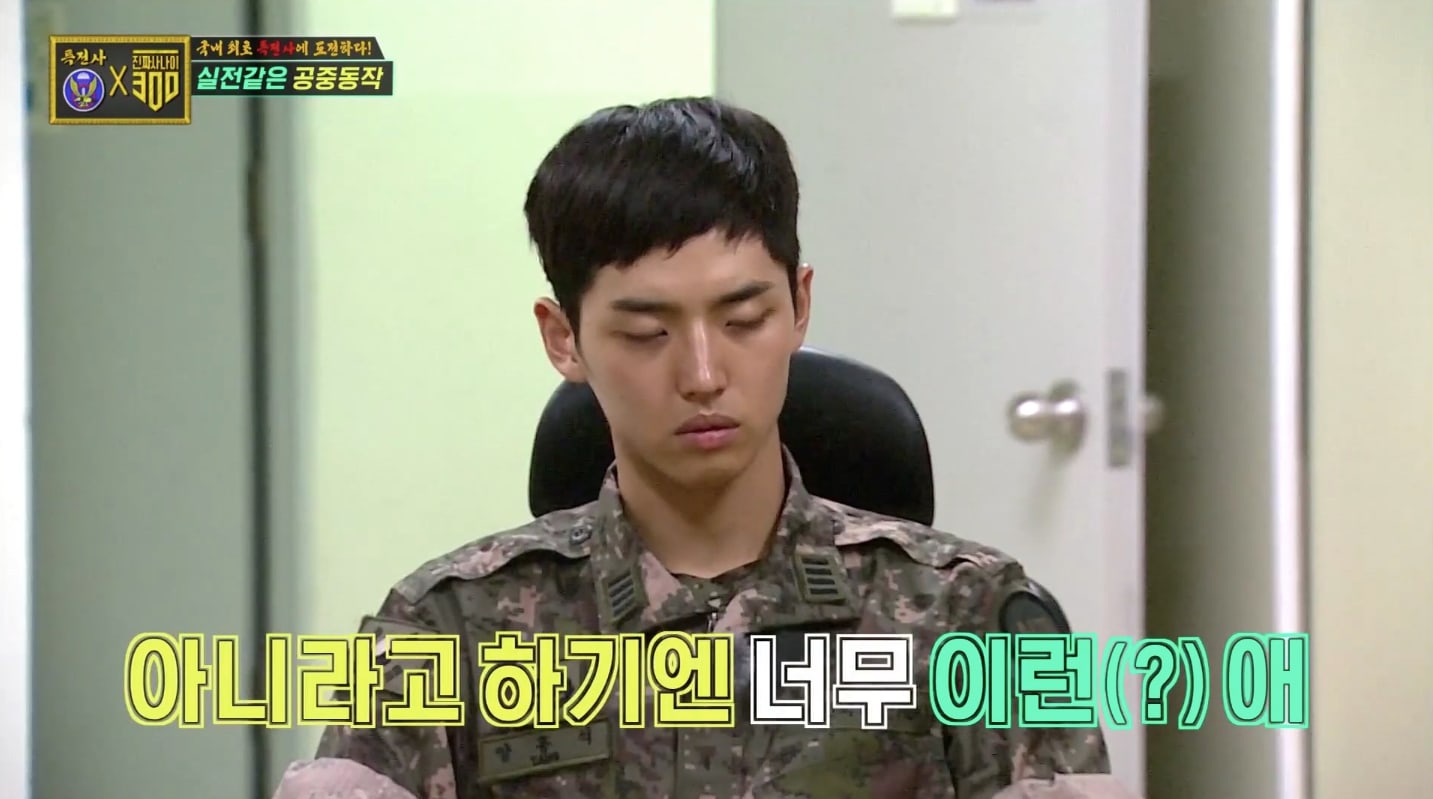 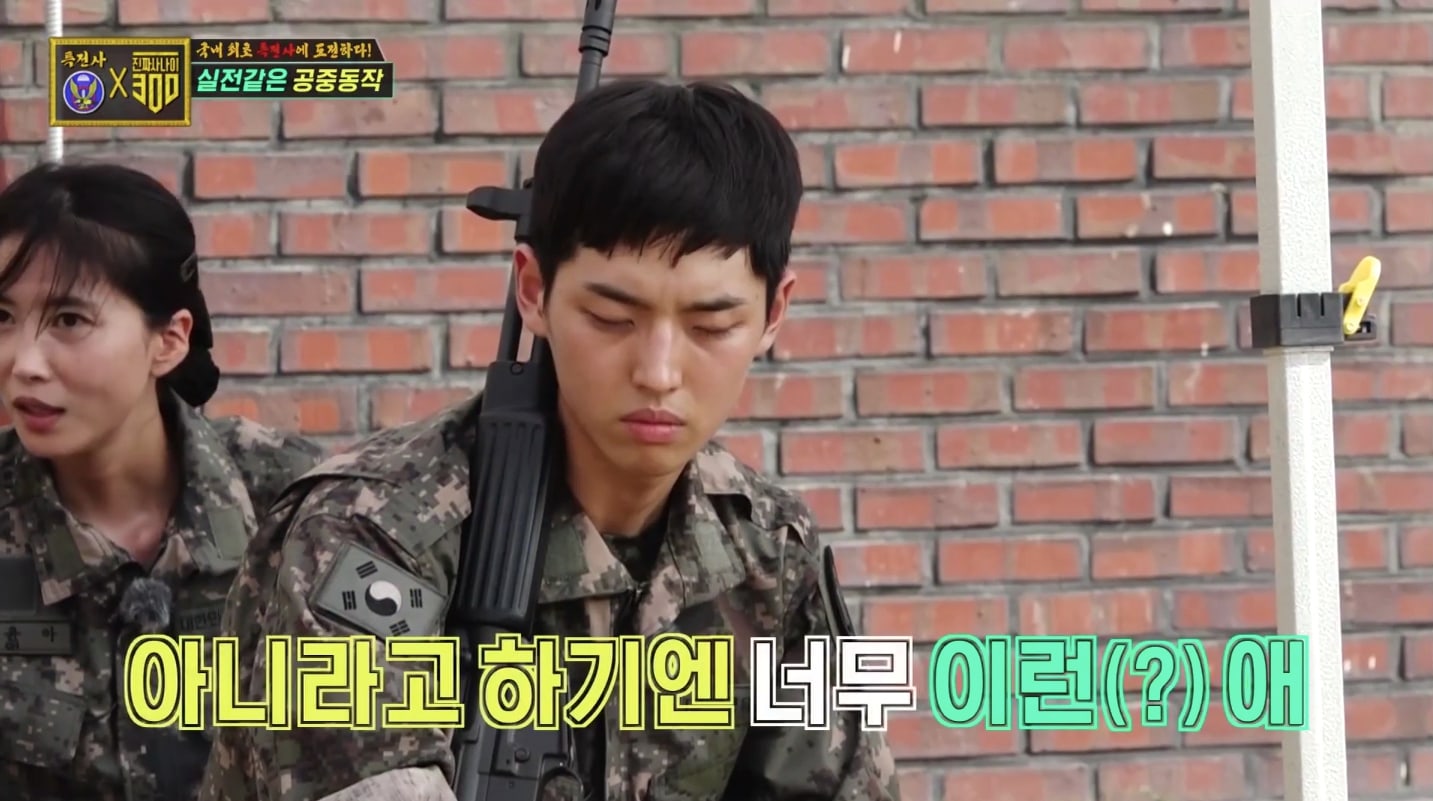 After a moment of hesitation, Hongseok was forced to confess, “I don’t know exactly!” The instructor chastised him by replying, “Falling asleep like that, how could you possibly know?” Looking embarrassed, Hongseok apologized for his mistake.

In a later interview, a visibly distraught Hongseok recalled, “I kept telling myself not to fall asleep, and yet I still found myself falling asleep.” With a heavy sigh, he went on, “After I woke up, I kept blaming myself and thinking, ‘Why are you like this, Hongseok? You’re not usually this kind of person.'” 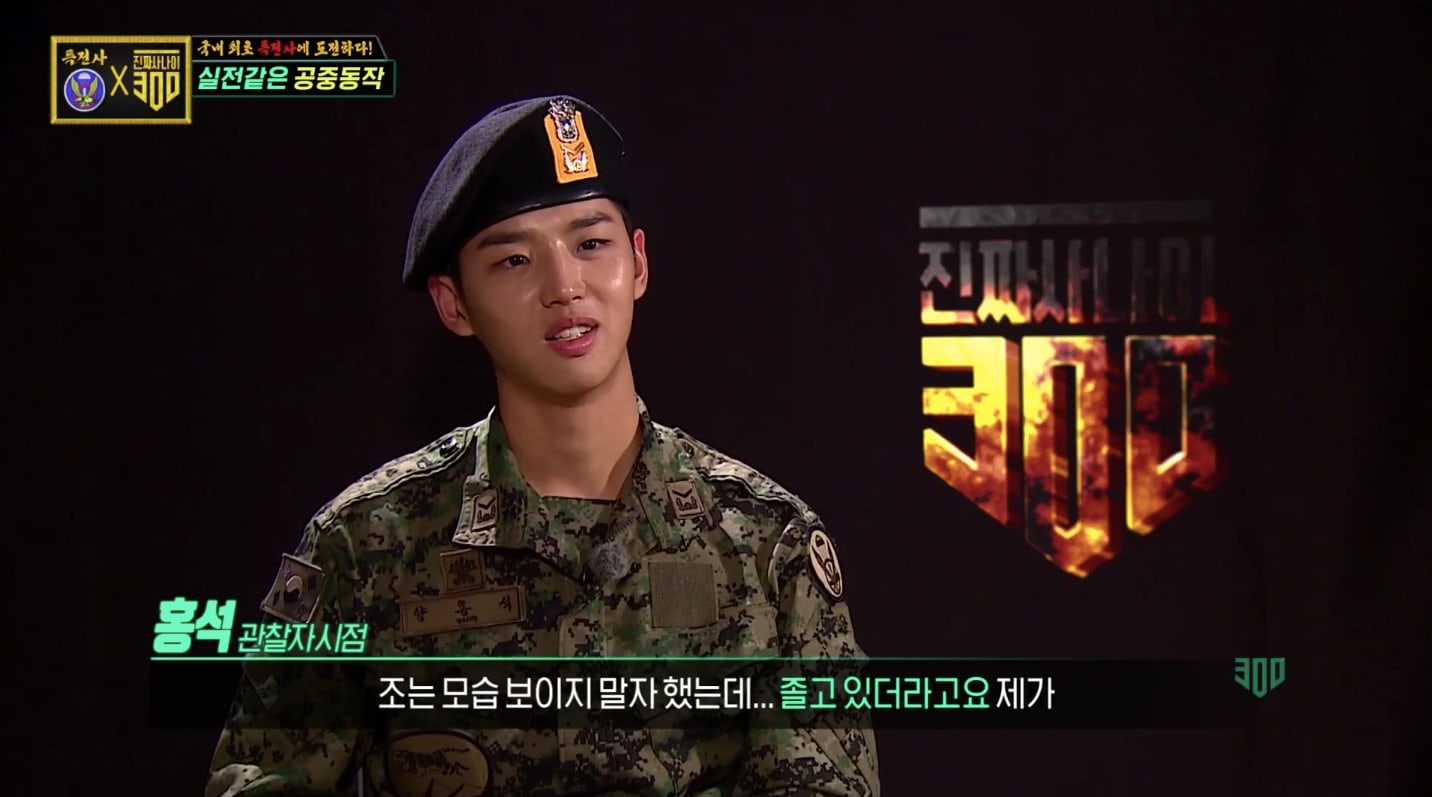 Later on in the episode, Hongseok suffered even more embarrassment when he unexpectedly encountered some issues with his safety harness. While being suspended in mid-air for a training exercise, the PENTAGON member suddenly experienced pain in his crotch area from the harness not fitting correctly.

He explained with a laugh in his interview, “The harness had a strap that went between your legs and around your waist, and my crotch hurt so much.” 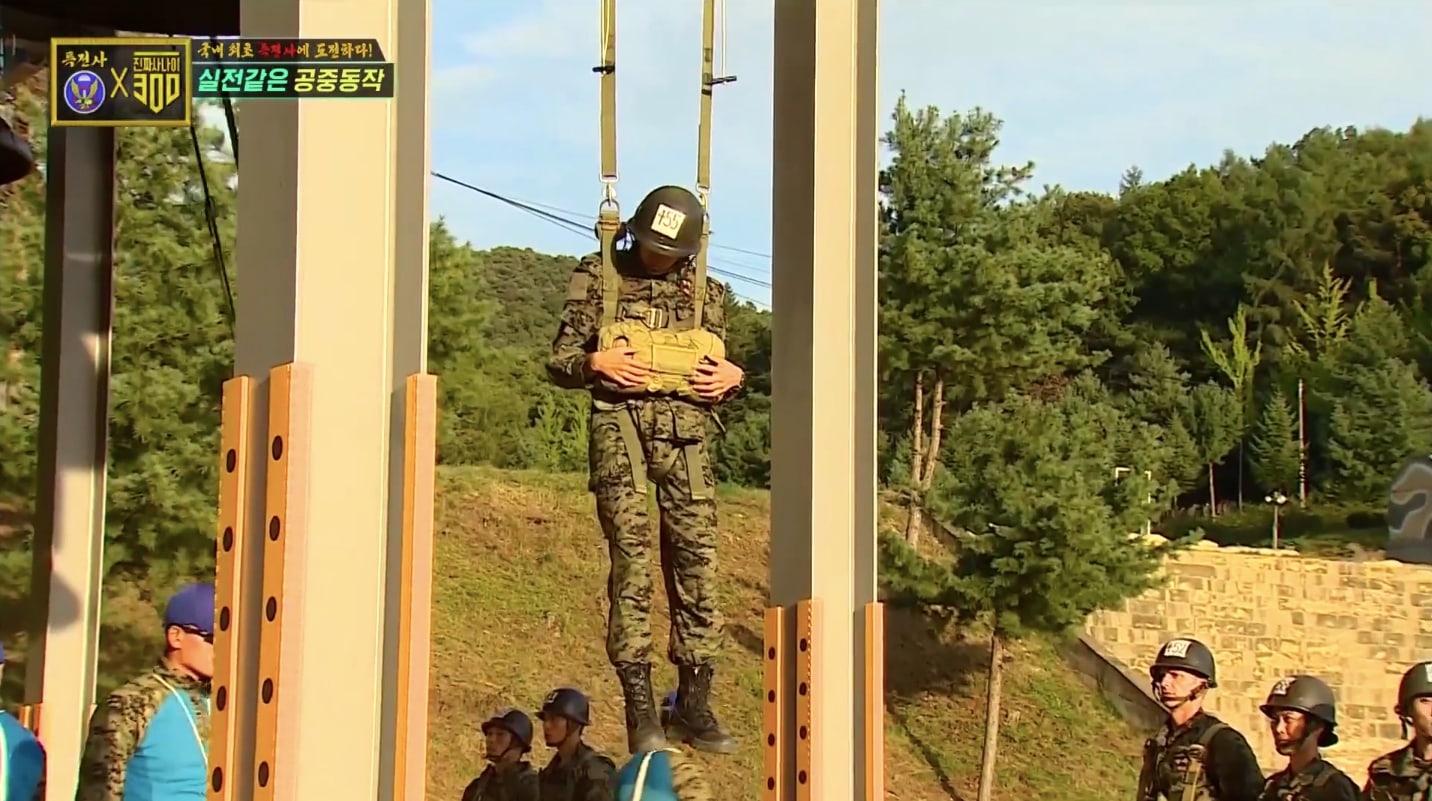 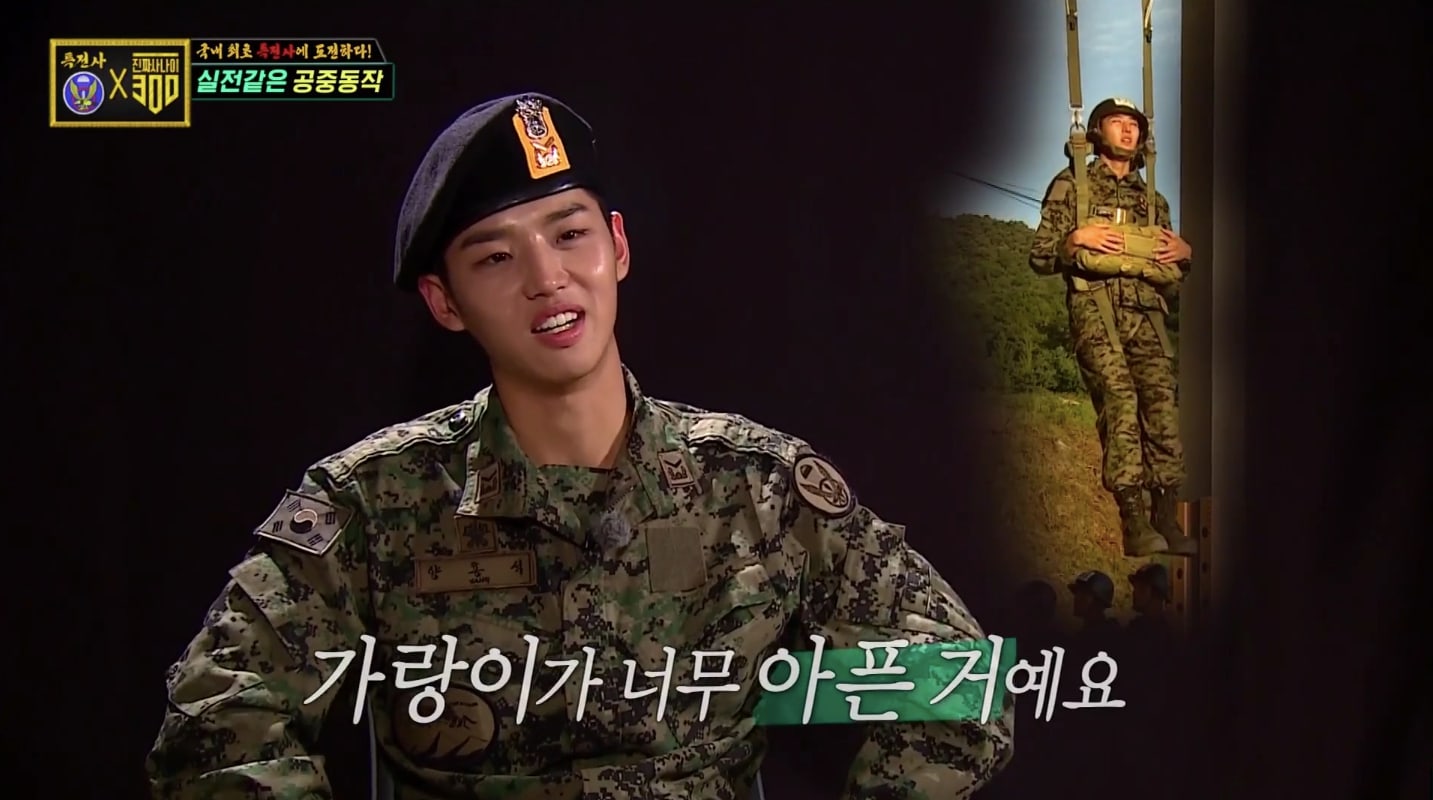 Due to the overwhelming pain, Hongseok faced considerable difficulty getting through the training exercise, as his co-stars looked on in both sympathy and amusement. Nonetheless, he plowed through with unshakable determination. 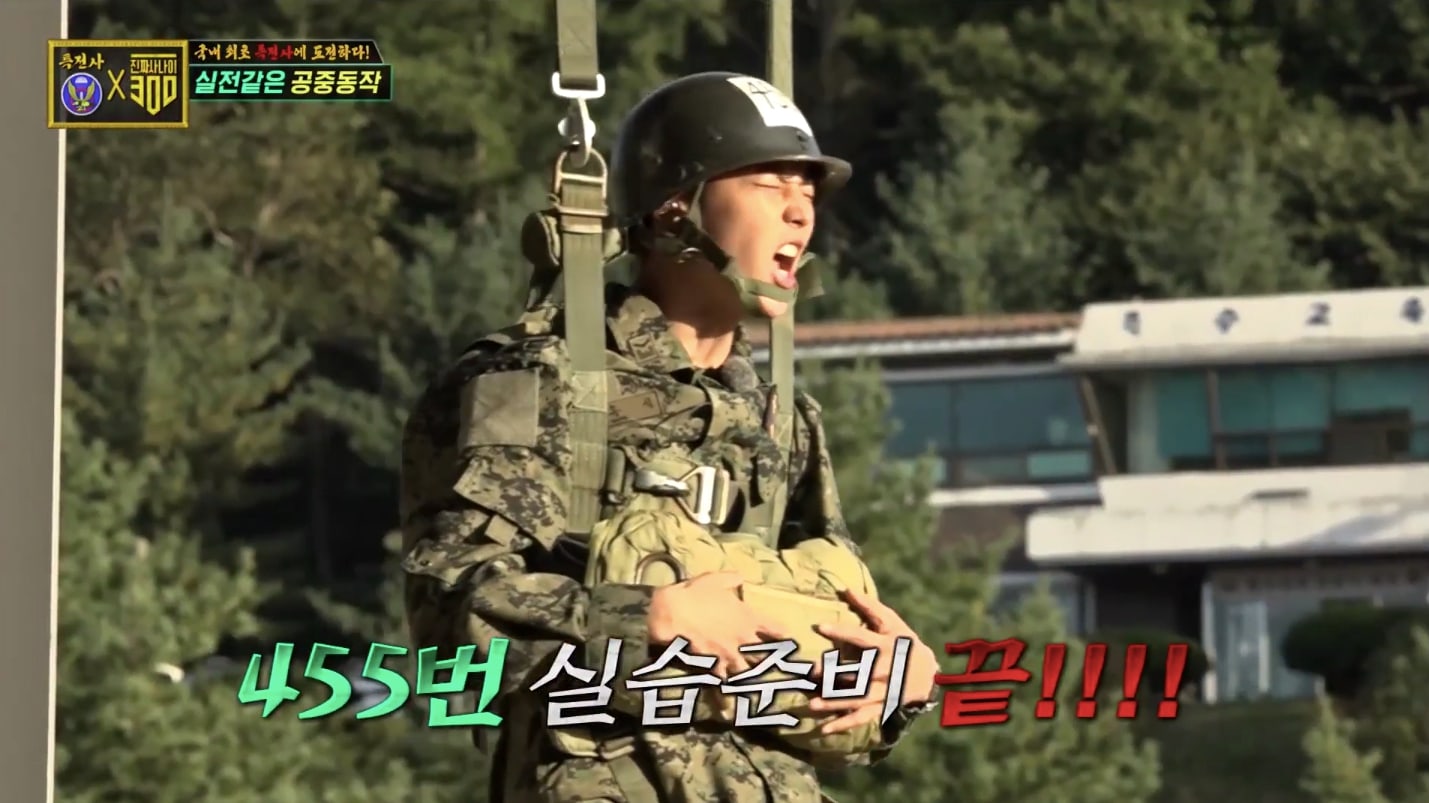 Check out the full episode of “Real Men 300” below!

PENTAGON
Hongseok
Real Men 300
How does this article make you feel?