Shin Dong Yup had BTOB’s Yook Sungjae on the edge of his seat as he jokingly revealed a few “secrets” he knew.

The episode of SBS’s “Master in the House” that aired on November 18 followed the cast as they tried to guess who their next master would be.

To give them a hint, they were connected to a mystery caller. Though they didn’t know who he was, he knew who they were and when it got to Yook Sungjae’s turn to exchange greetings, the caller said, “I don’t know if I can say this, but I saw Sungjae with his girlfriend back in 2016.” Yook Sungjae froze, with only his eyes moving back and forth in an exaggerated gesture, and the caller added more fuel to the fire as he said, “It’s nothing strange, right? To be with your girlfriend?” 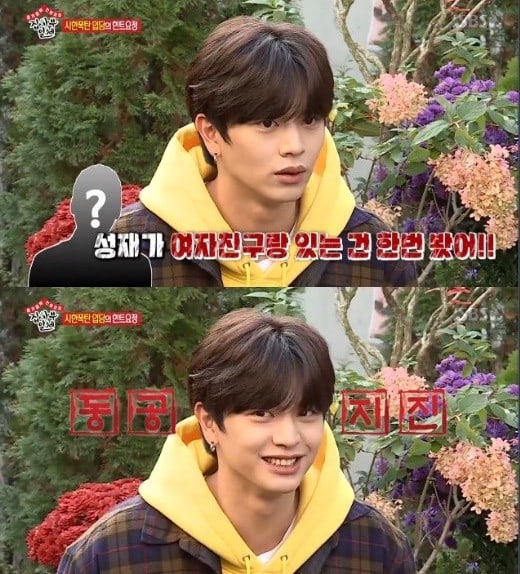 When it was revealed that the caller was Shin Dong Yup, Yook Sungjae laughed and explained, “I was thinking about what went on in 2016 and then I remembered I was filming ‘We Got Married.'” Shin Dong Yup’s wife was actually the PD of “We Got Married” during Yook Sungjae’s appearance on the show with Red Velvet’s Joy. 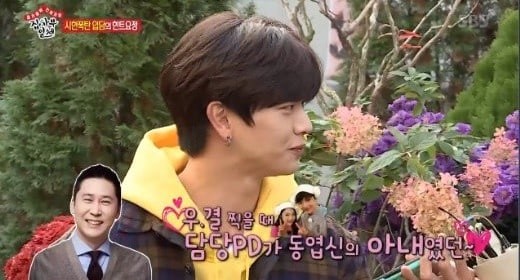 Laughing along, Shin Dong Yup said, “That’s right, it was ‘We Got Married.’ There was also the girl group GFRIEND too.” He teasingly added, “And then I saw you in 2017 with Red Velvet and TWICE too.”

“Master in the House” airs every Sunday at 6:25 p.m. KST. Catch up with the show below!

Red Velvet
BTOB
Yook Sungjae
Joy
Shin Dong Yup
We Got Married
Master in the House
How does this article make you feel?