Red Velvet’s Joy and Lee Kwang Soo had a hilarious reunion on the latest episode of “Running Man”!

Joy and her fellow Red Velvet member Irene both appeared as guests on the November 18 broadcast of the SBS variety show, which featured the cast members pairing off with guests for next week’s “couple race.” Each of the male members selected one female guest whom he wanted as his partner, and if more than one member picked the same guest, they were forced to go head-to-head in a battle to win her over.

Before her turn, Joy suddenly revealed that she already had a specific partner in mind. “The thing is,” she declared, “I came here thinking only of Yoo Jae Suk.”

Immediately upon hearing her confession, Lee Kwang Soo—who was holding Joy’s photo to indicate that he had chosen her—angrily threw her photo to the ground. As everyone cracked up, Joy asked, “What’s going on?”

Yoo Jae Suk then pointed out that Joy had formed a “love line” with Lee Kwang Soo during her first appearance on “Running Man” back in 2015. 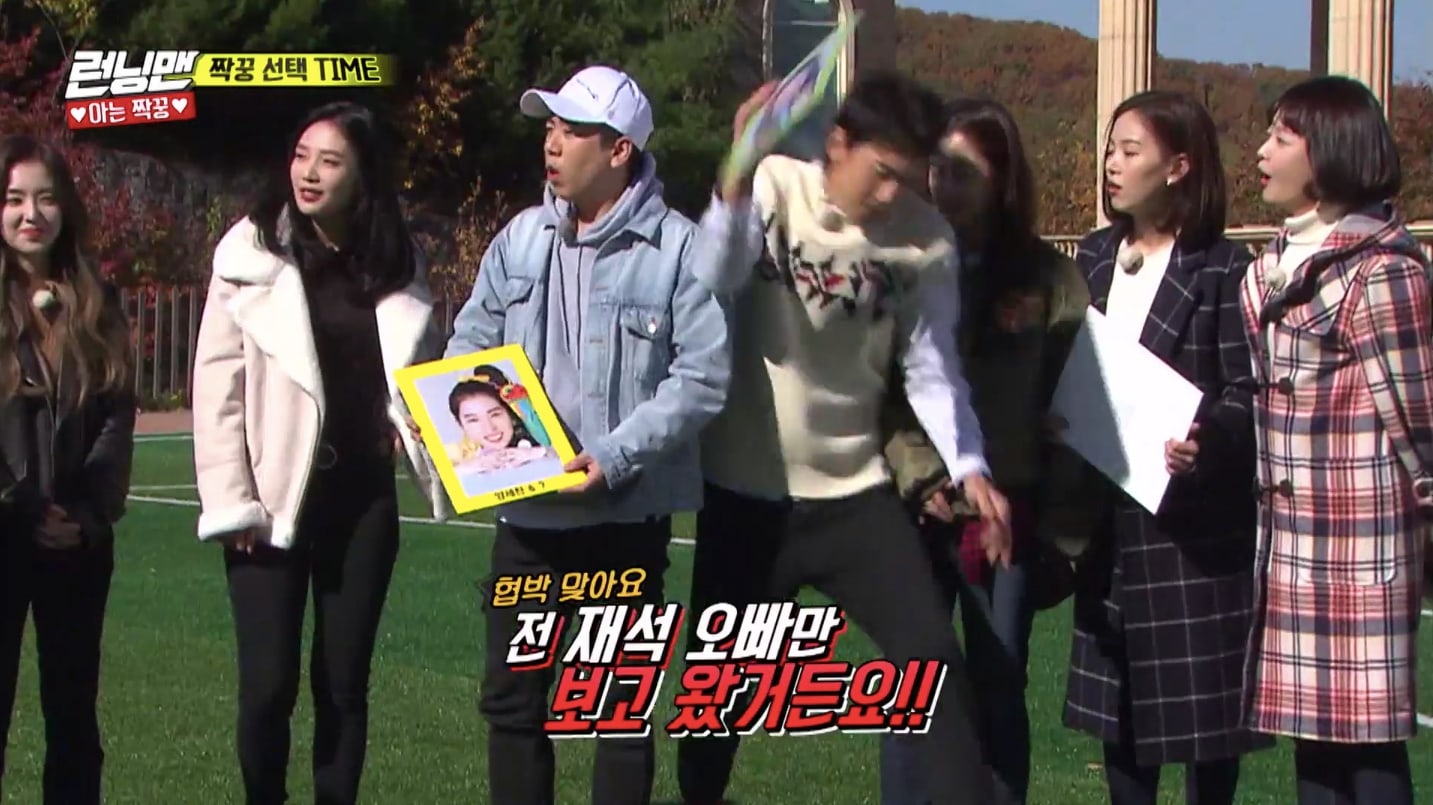 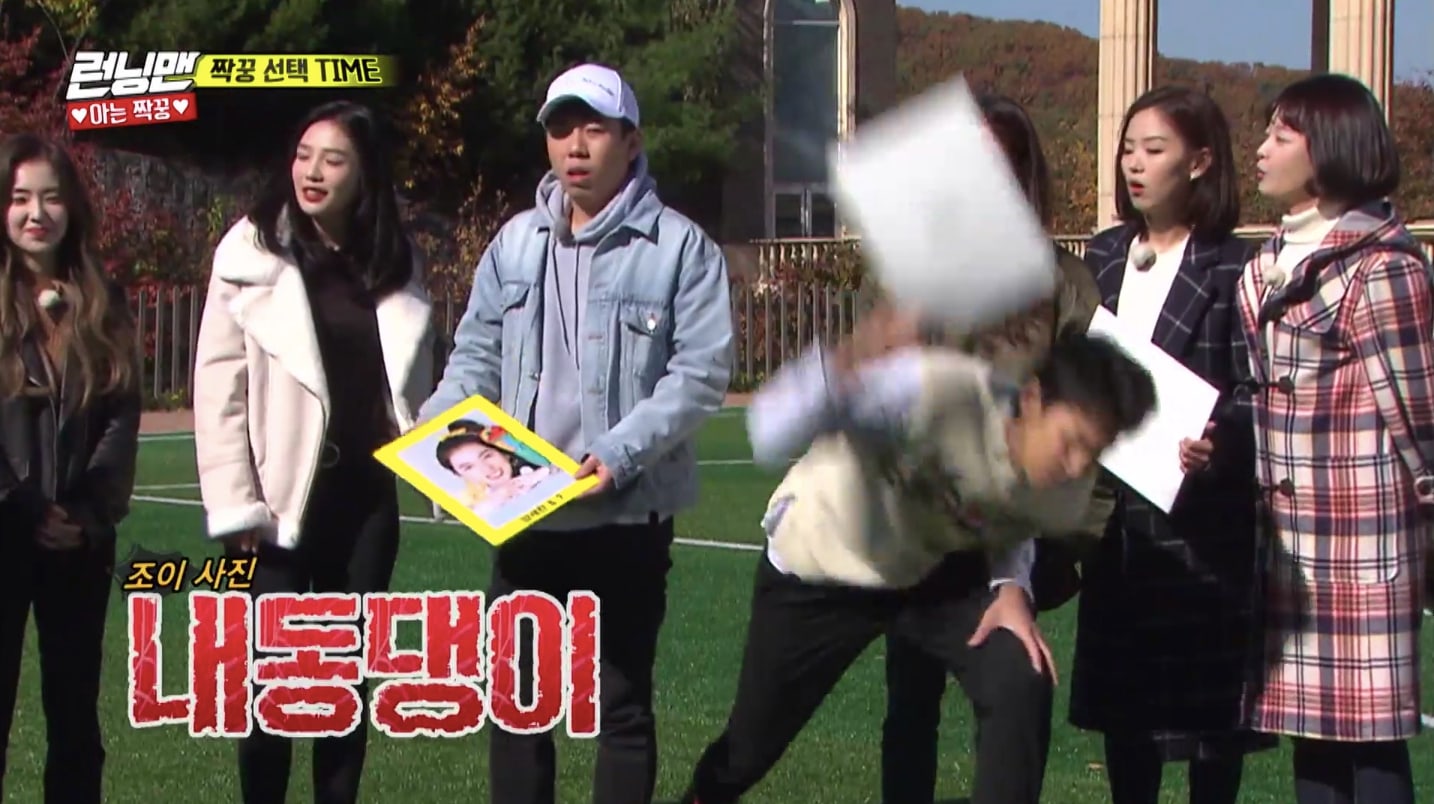 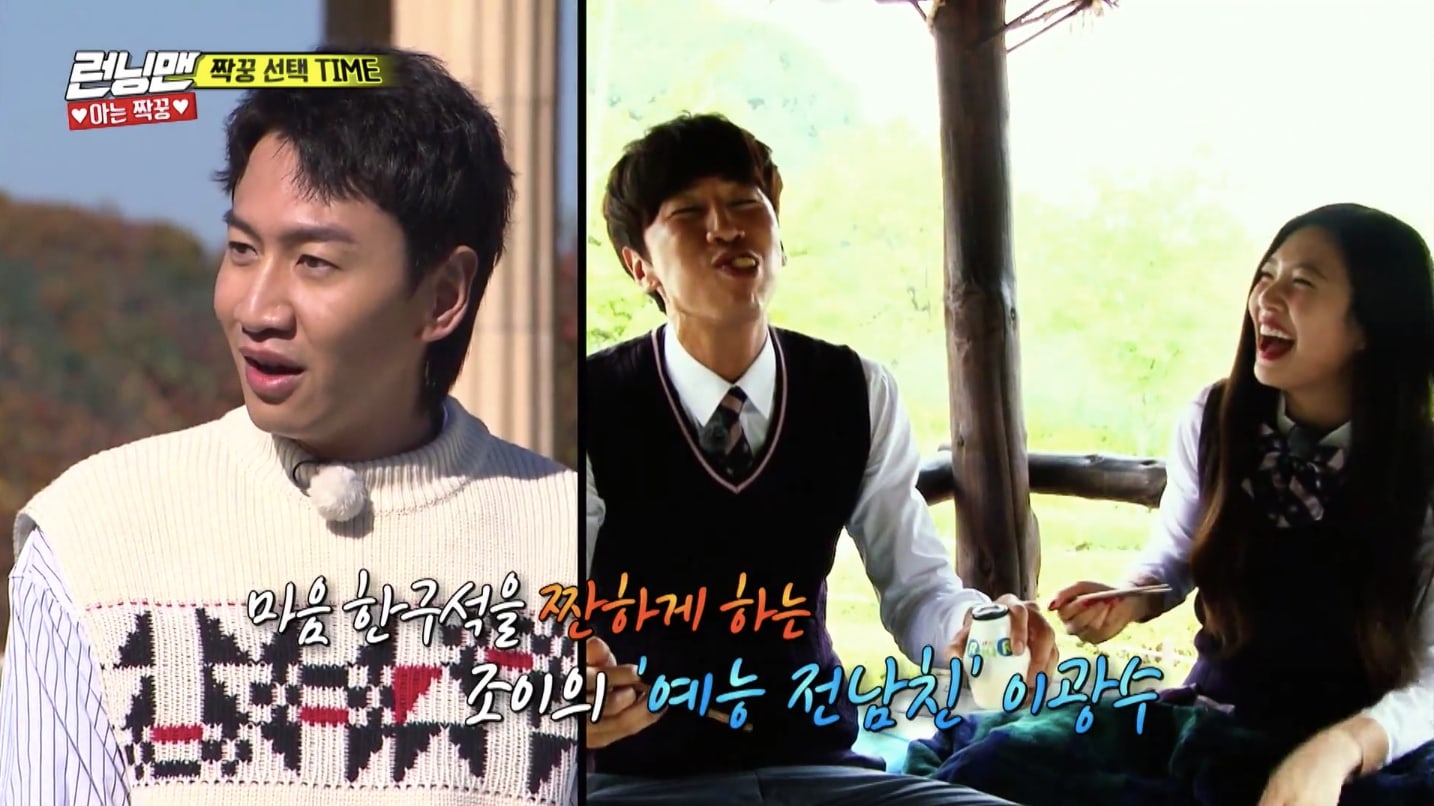 Lee Kwang Soo responded by exclaiming, “Already? But we haven’t even started anything yet!”

Ultimately, however, Joy ended up choosing Lee Kwang Soo as her partner. Unable to hide his delight, he broke out into a huge grin as he playfully complained, “Why were you like that before?” Joy replied with a laugh, “I’m sorry!” 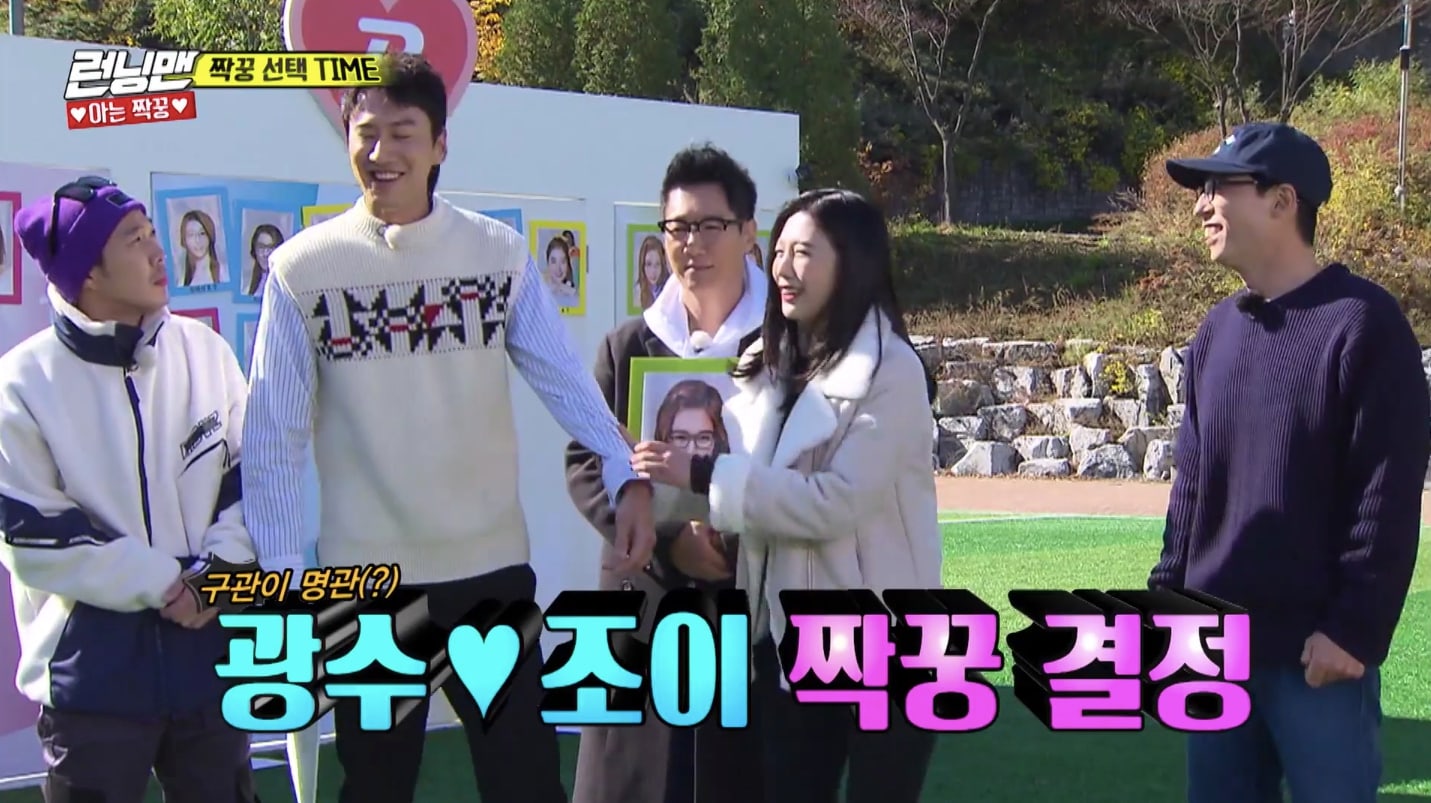 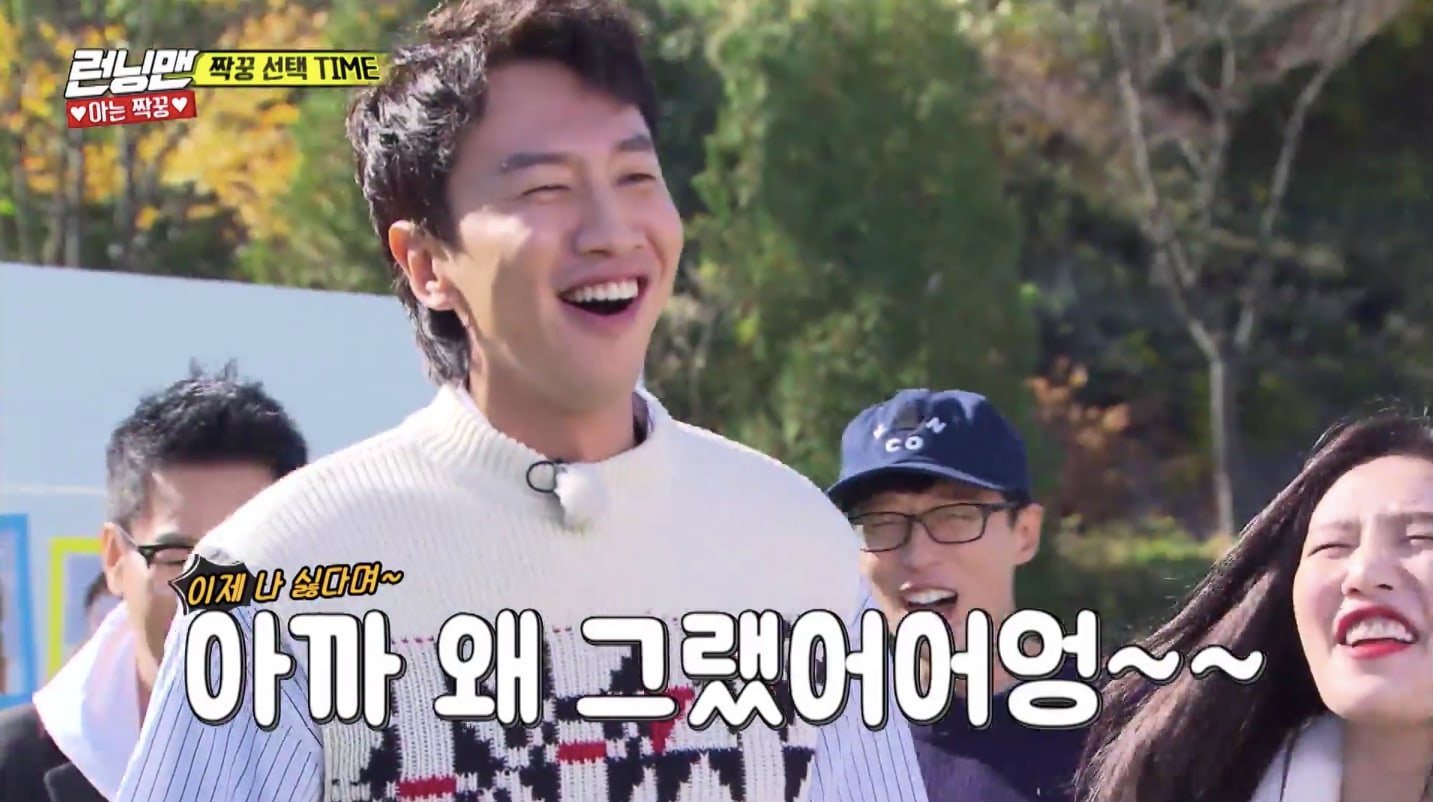