The official group poster for “Less than Evil” is chock full of hints at what’s to come.

The drama is about the collaboration between a detective who is fiercer than a serial killer and a psychopath who is more dangerous than a serious killer. It is a remake of the popular BBC drama “Luther.”

The poster is a black-and-white collage of cast members as well as images of the cases to come. Lee Seol as the genius psychopath in particular draws eyes as her stylish coat and the titles of the drama are the only splashes of color, a shade of vivid red. Shin Ha Kyun is another a focal point in the poster, as his determined face conveys the strong nature of his character, a detective who walks a thin line on the boundaries of the law. Also featured in the poster include Park Ho San, who plays the role of Shin Ha Kyun’s opponent, Kim Gun Woo, who plays an evil serial killer, as well as Yang Gi Won and B1A4’s Baro as detectives on Shin Ha Kyun’s side.

The images of future cases include a man dangling off a metal bridge, another man vaulting off with an impressing sidekick, a shady boat near a harbor, and a car with a smashed front. 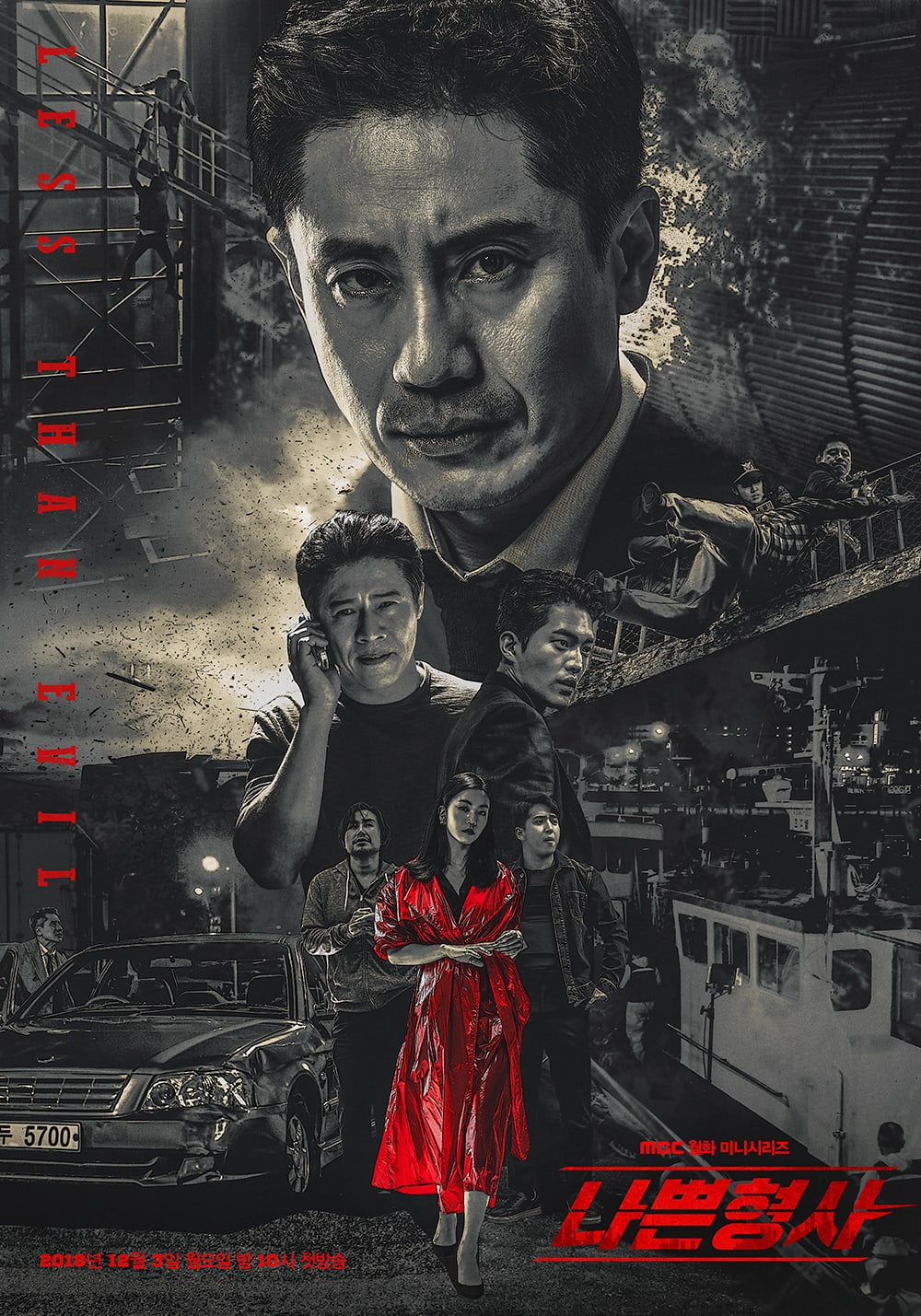 “Less than Evil” will air its first episode on December 3 at 10 p.m. KST, airing after “Bad Papa.” The drama will also be available on Viki!