tvN’s upcoming drama “Memories of the Alhambra” is gearing up for its premiere with a new sneak peek of stars Hyun Bin and Park Shin Hye!

“Memories of the Alhambra” is a new “suspense-romance” drama starring Hyun Bin as Yoo Jin Woo, a brilliant investment firm CEO who travels to Spain on business and ends up staying at an old hostel in Granada. The drama will also star Park Shin Hye as Jung Hee Joo, the hard-working owner of the hostel, who once dreamed of becoming an accomplished classical guitarist before the unexpected death of her parents forced her to become the breadwinner of her family.

Not only will “Memories of the Alhambra” captivate viewers with the mysterious events that occur at Jung Hee Joo’s hostel, but it will also sweep them off their feet with the magical romance that develops between its two leads. 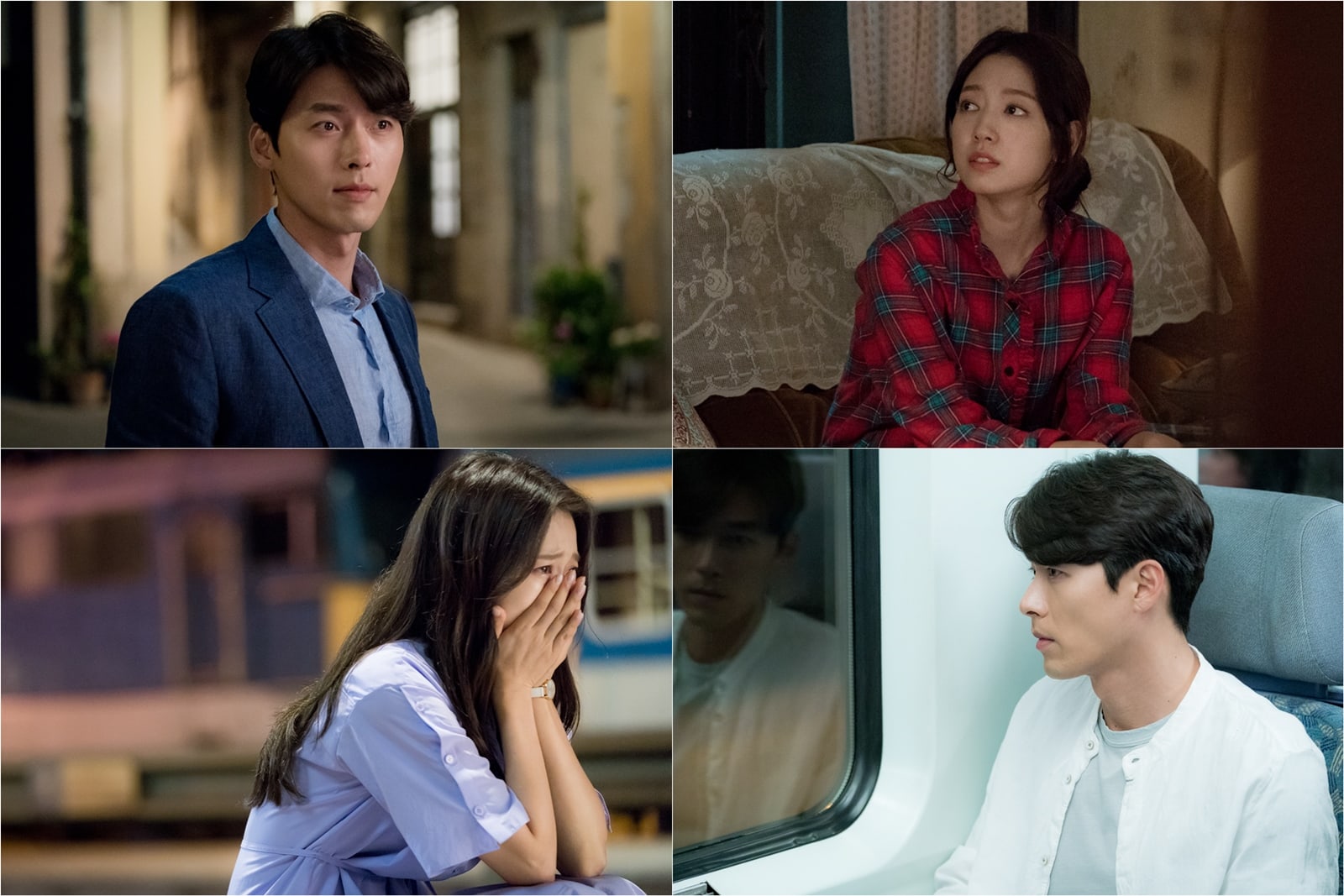 1. A chance encounter that develops into a swoon-worthy romance

Written by Song Jae Jung, the writer behind the popular dramas “W” and “Nine: 9 Times Time Travel,” “Memories of the Alhambra” promises to deliver an enchanting love story with a similarly unique premise and an engaging plot.

The producers of “Memories of the Alhambra” remarked, “The drama’s story will unfold starting with the coincidental meeting of [Yoo] Jin Woo and [Jung] Hee Joo in Granada, a city in which countless tourists step foot each day, and it will go on to depict a magical romance.”

2. A thrilling combination of romantic comedy and melodrama

“Memories of the Alhambra” will keep viewers on their toes by switching back and forth between lighthearted rom-com and emotional melodrama. Additionally, by exploring its characters’ different sides in depth, the drama will flesh them out and bring them to life as realistic, three-dimensional people.

According to the drama’s production crew, both Hyun Bin and Park Shin Hye displayed impressive acting and became completely immersed in their respective roles during filming. However, they were reportedly even better when they acted together, with the crew referring to their chemistry as “explosive.”

Although both actors have already proven their talents as romantic leads in the past, their flawless teamwork reportedly took their performances to new heights.

“Memories of the Alhambra” will premiere on December 1 at 9 p.m. KST.

In the meantime, check out the teasers for the drama here!