Song Seung Heon talked about his latest drama “The Player” in an interview.

The actor appeared as a conman named Kang Ha Ri who planned everything and thought one step ahead of everyone else.

He began, “We finished it joyfully. When everyone first met, we were awkward so I was worried when he began filming. By the time we ended, our teamwork was better than that of any other drama. It was Tae Won Suk‘s first lead, Soo Jung’s (Krystal) first drama of this genre, and Lee Si Eon was great too, so I was really sad that it came to an end.”

The fun, money-stealing action drama ended after achieving a personal best of 5.8 percent in viewership ratings. Song Seung Heon earned praise for his transformation as a conman.

“I have known director Ko Jae Hyun for such a long time because he used to be the assistant director on ‘Summer Scent,'” explained Song Seung Heon. “We have known each other for about 20 years. We were close, and he said that it would be nice to show a different side of Song Seung Heon through ‘The Player’ that hadn’t been shown to the public.” 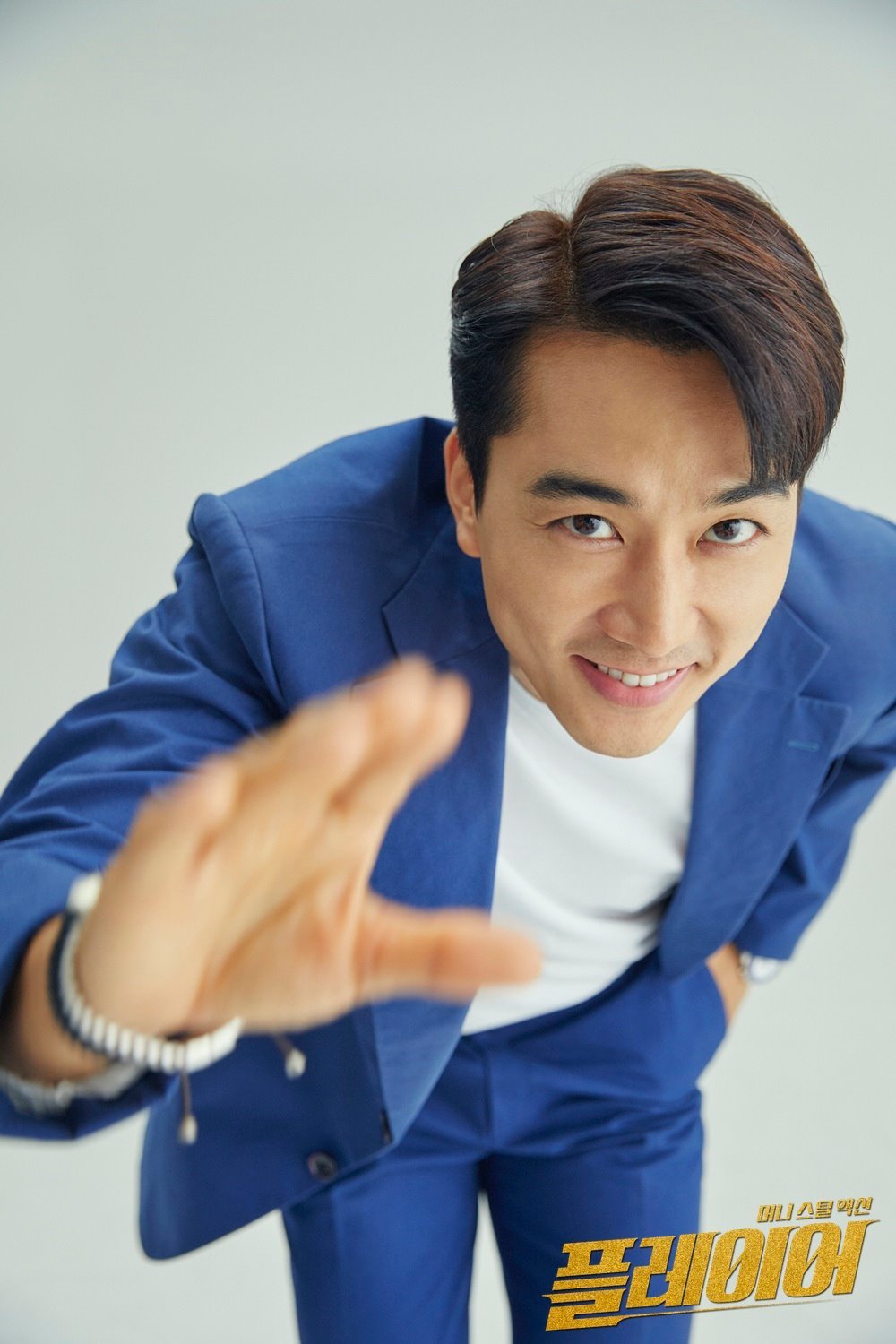 About his chemistry with Krystal, Lee Si Eon, and Tae Won Suk, he stated, “Each character they were in charge of was good, and we put a lot of effort in the four of us working together. Despite his appearance, Lee Si Eon is introverted and really shy. Not to mention Krystal and Tae Won Suk, who was awkward because it was his first lead.”

Song Seung Heon continued, “Since I’m the oldest, I wondered how we could bond. When we filmed together, we always ate together and talked. I think our efforts to do things together and our chemistry showed well on broadcast.”

Although “The Player” members are similar in age on-screen, Song Seong Heon, born in 1976, is six years older than Lee Si Eon who is the next oldest actor, followed by Tae Won Suk who was born in 1989, and Krystal who was born in 1994.

“I didn’t feel a generational gap because of our age,” replied Song Seong Heon. “There weren’t any feelings like that when we were filming.” When the interviewer praised his unchanging youthful appearance by asking if he takes preservatives, Song Seong Heon commented, “I eat well and and work out. I exercise for my health, so I don’t smoke either. Even when I’m on set, I exercise whenever I have time.” 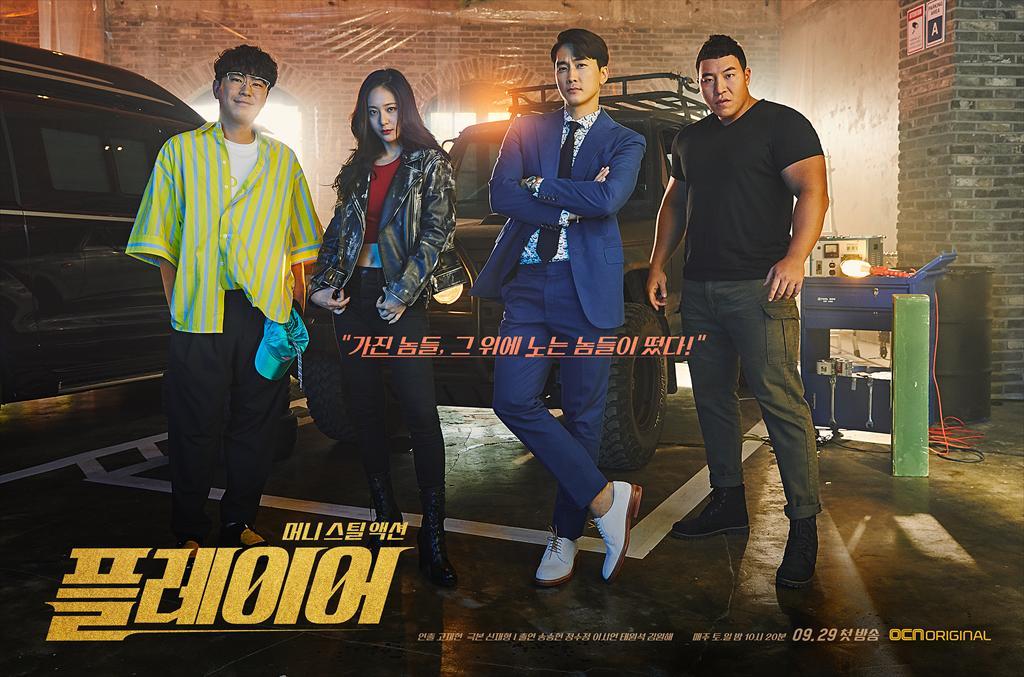 “The Player” delighted viewers by defeating corrupt, powerful groups and ended on a light note.

Song Seung Heon explained, “The director didn’t try to make a well-made, luxurious ending. [His intention] was to make a fun drama that wasn’t boring. Ha Ri was getting revenge for his father, and instead of expressing revenge in a dark, heavy way, he said let’s do it in a fun way. That’s why the tone of the acting was also fun and cool.”

He added, “I think [viewers] had fun watching it. I think many people sympathized with what the director intended. There were many stories about lacking friends who gathered and poked at an aspect of society. I think it was half of a success.”

“The Player” members were successful at punishing the villains but were unsuccessful at evading the law. The four of them ran away and concluded with an open ending that brought up speculations about a second season.

“The director left an open ending thinking that it would be nice to see the characters for a long time,” answered Song Seung Heon. “The director did say that if season one did well, then he could possibly create a behind story. If everyone’s opinions match up, then I want to participate in a new season of ‘The Player.'”

If you haven’t yet, check out the final episode of “The Player” below!