Byul recently revealed her refrigerator and talked about her husband HaHa.

On November 26, Byul appeared as a guest on JTBC’s “Please Take Care of My Refrigerator to promote her latest single “Because Tears Came to My Eyes” (literal title).

When asked if she felt a thirst for music, Byul answered, “Thankfully, people miss my voice when the weather gets colder. I worked hard this time and released music.”

Byul was then asked about her marriage to HaHa. She began by sharing how they started dating.

The singer explained, “A while ago, he would suddenly call me after drinking. He’d say, ‘Byul, since you’re still young and innocent, have all the fun you want to have, date a lot, and then let’s get married later on.’ After that day, he called me every day for a month and begged me to get married. Later, because I wouldn’t accept him, he said, ‘Do you know me? I’m really cool. So, are you going to get married or not?’ I said I wasn’t going to get married and hung up.”

She continued, “I thought, ‘I can’t believe this guy,’ but he called me right back and started to woo me in a different way after that. Seeing him confidently pursue me, I thought to myself, ‘It’ll be okay for me to get married to him if he has this kind of confidence.’ He once said, ‘I’ll show you,” and I replied, “Then show me.” That’s how we began dating. He first called me in February, we dated in March, met each other’s parents in April, and announced our marriage in August.” 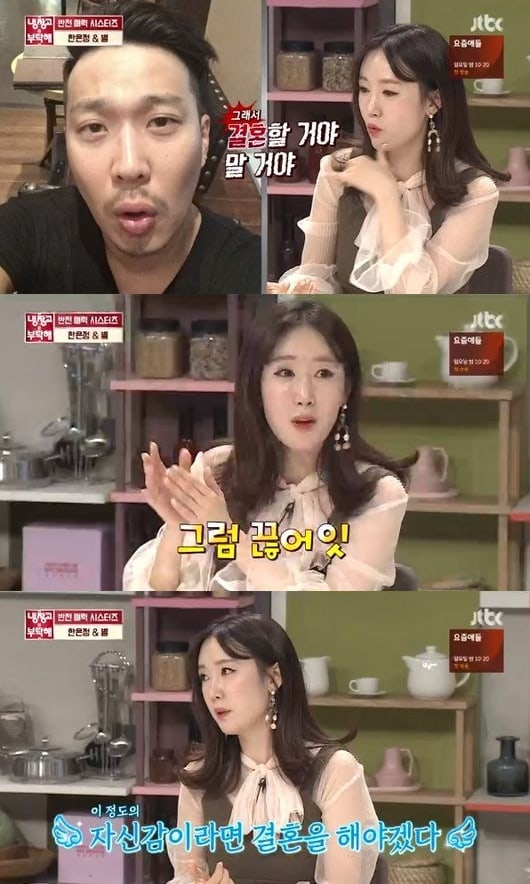 When MC Ahn Jung Hwan asked if HaHa is close to her ideal type, Byul replied with a laugh, “No. If there was a document review, he automatically would’ve been eliminated. I think I dreamt of an unrealistic character who appears in a drama. Someone like that doesn’t exist in reality.”

She was also asked if HaHa ever makes her upset. “It’s alcohol,” revealed Byul. “He drinks too much. If I expect [for it to end] around 1 a.m., I call him around 12 a.m. I say, ‘Where are you? You should come home,’ and he says that he’s almost done. It’s always the same.”

“But if he doesn’t come home when it’s 1 a.m., I tell him to come home if he doesn’t want to fight. Then he should come home, right?” Byul continued. “But my husband thinks, ‘Go Eun [Byul’s birth name] is mad. I guess I’ll get scolded at no matter what time I go home,’ and comes home in the morning after eating hangover soup. I wish he would decrease his drinking.”

Asking for advice, she said, “Would it be better if I got really angry? What should I do?” MCs Kim Sung Joo and Ahn Jung Hwan couldn’t give a response and thought hard. Ahn Jung Hwan finally said, “If I give you an answer, I feel like my wife would use it. My wife gets angry too.”

Byul commented, “I’m softhearted. My husband comes home and pretends to sleep in a pitiful way, and I end up giving in.” Kim Sung Joo joked, “You have to then pour cold water on him.”

Speaking about her appetite, Byul said, “I like to eat a lot. I like to look at the menu when I go to restaurants. Even if I eat at home alone, I take out everything that’s in the refrigerator. I like to go to buffets as well. I have a kind of menu dictatorship and like to eat with people who don’t have strong opinions.”

After revealing her refrigerator, Byul said, “My husband HaHa doesn’t complain at all about side dishes. My mother-in-law raised him well. He said that my mother-in-law’s seaweed soup doesn’t taste good and I thought that he was exaggerating to be funny. But I tried her seaweed soup.”

She added while laughing, “It was the first time tasting that kind of seaweed soup in my life. It wasn’t the seaweed soup I had known. She said she made broth out of radish and onion to give it a refreshing taste. My husband usually eats everything well.” 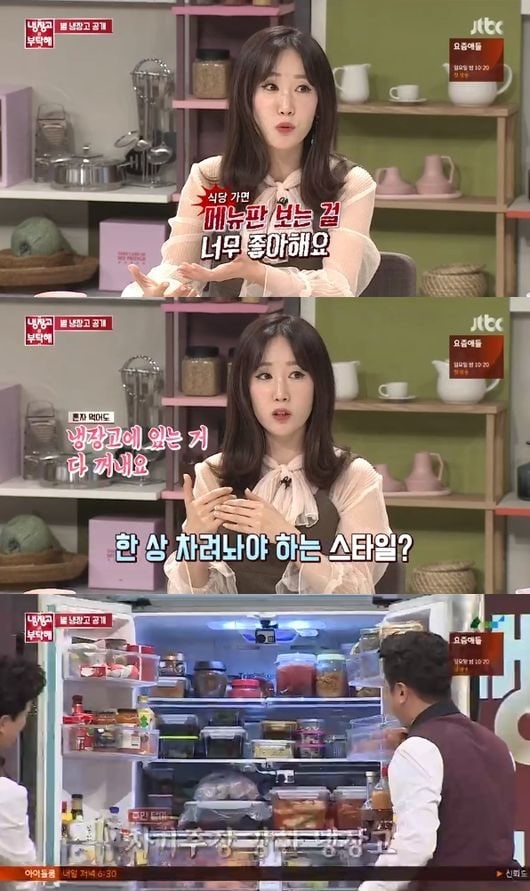 HaHa then came to visit the studio and appeared on the show right before the chefs began the cooking competition. He said, “My wife cooks really well. She knows my mom’s cooking skills, and I never had rice that was cooked al dente [growing up]. My foot size is 280 millimeters (approximately 11 inches). They said I could’ve grown up to 180 centimeters (approximately 5 feet 9 inches), but couldn’t because I didn’t eat well.”

Expanding on the story about their marriage, HaHa said, “I was confident. I thought, ‘You’re going to get married to me anyway. Why are you saying no?’ Byul had a reputation for being a filial daughter. I thought that if I was to get married, I should get married to this kind of woman.” 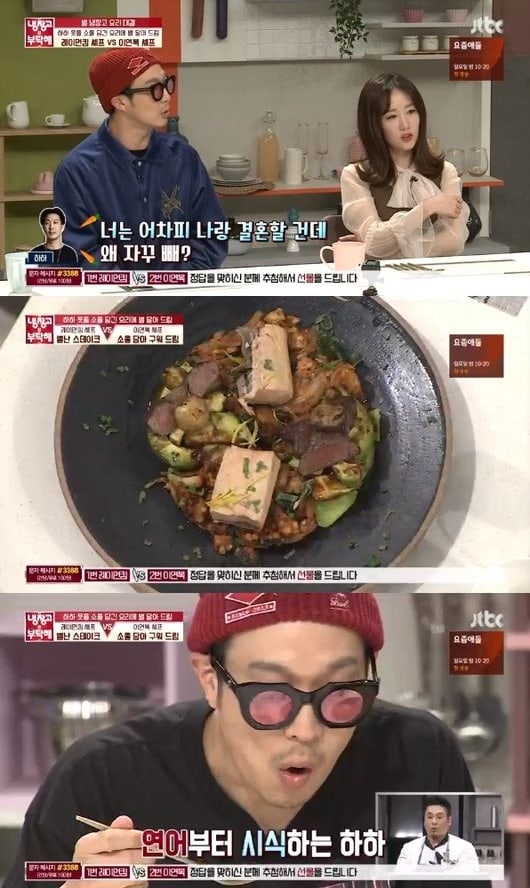 Please Take Care of My Refrigerator
Byul
HaHa
How does this article make you feel?