Lee Byung Hun was given the highest award for actors at the 2018 Asia Artist Awards.

At the November 28 ceremony, the actor received four trophies in total, including the Daesang (grand prize) for actors, one of 10 Artist of the Year awards for actors, a Fabulous Award, and the Korean Tourism Appreciation Award.

When Lee Byung Hun accepted the Daesang, he stated, “While I watched the artists’ performances today during this long period of time, I thought to myself, ‘It must be tiring.’ I feel like I didn’t do anything at all and just received four awards.”

He went on to say, “This is the first time in my life that I’ve received this many awards, and I wonder if I deserve it.” He also congratulated his “Mr. Sunshine” co-star Yoo Yeon Seok on his awards, and shared the honor of his Daesang with his co-stars.

“I want to say thank you to my wife Lee Min Jung and our children,” he said. He also asked everyone to give their attention to Lee Min Jung’s upcoming drama “Fates and Furies.” 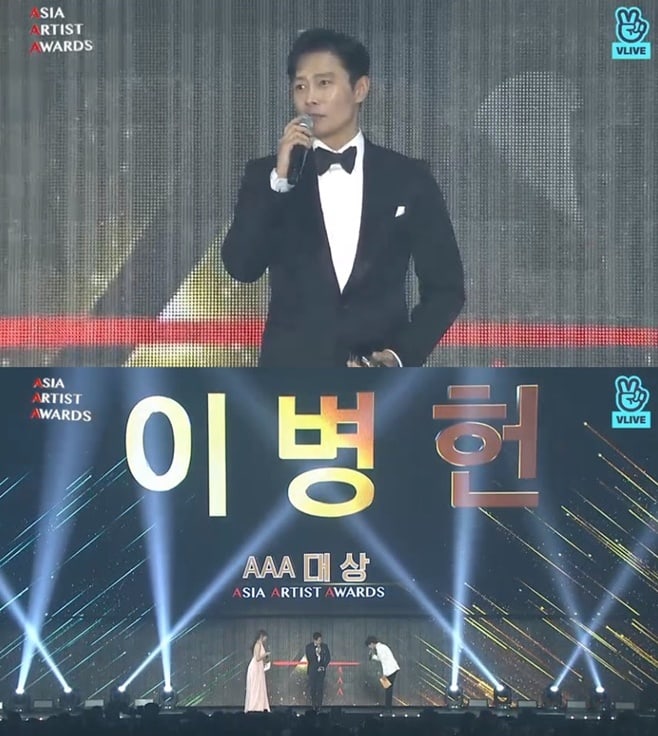 The Daesang in the artists category at the 2018 Asia Artist Awards went to BTS. You can check out a full list of the night’s winners here.