Watch: Bentley And The Hammington Family Celebrate His 1st Birthday On “The Return Of Superman”

On the December 2 episode of KBS’s “The Return of Superman,” Bentley and the Hammington family celebrated their youngest son’s important first birthday.

Before the party, Bentley and William participated in a photo shoot in traditional Korean clothing. First, Bentley was dressed in the clothing of a Joseon scholar. When he posed with his father, Sam Hammington, it brought back memories of when his brother William did the same thing for his first birthday. 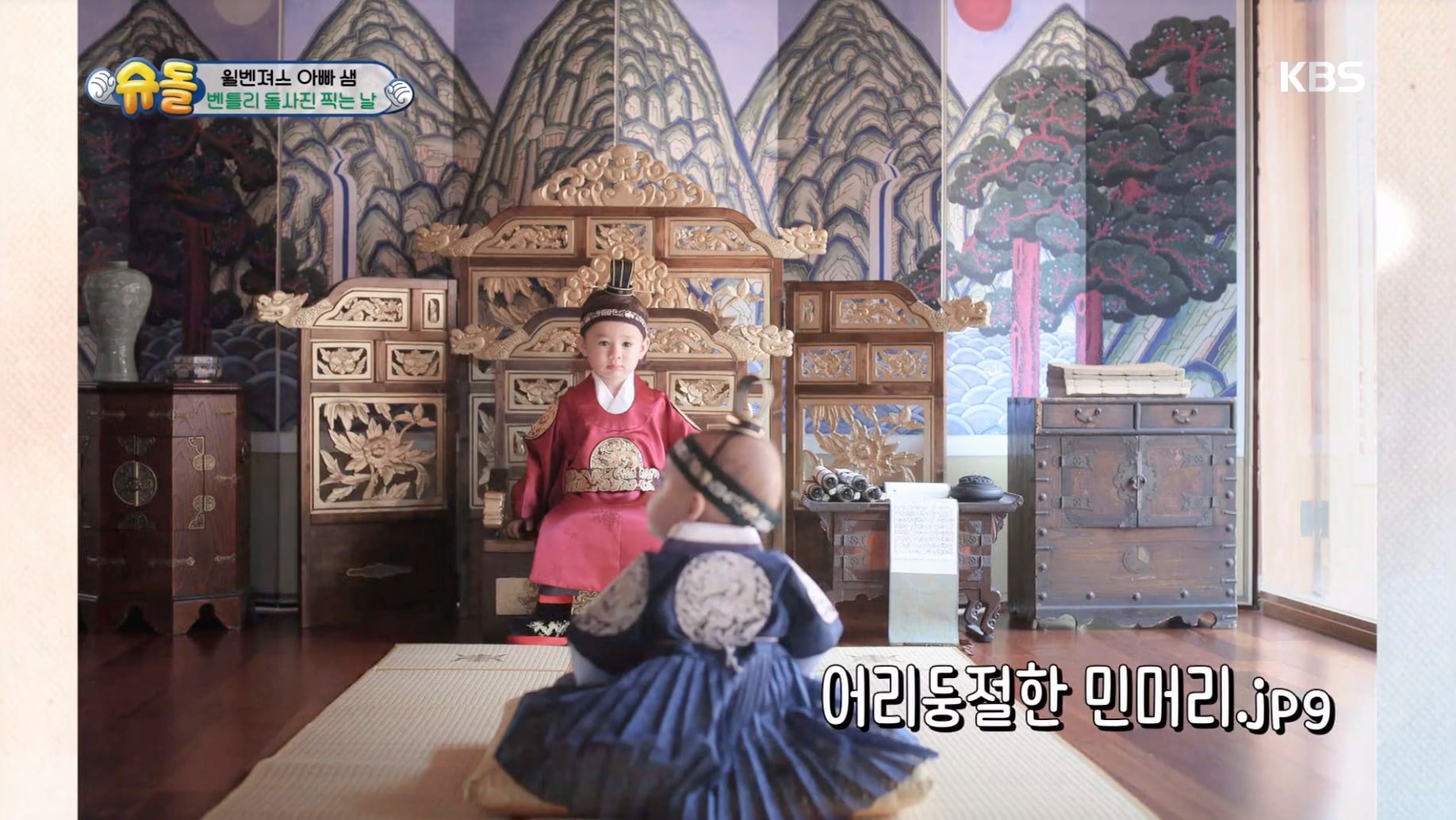 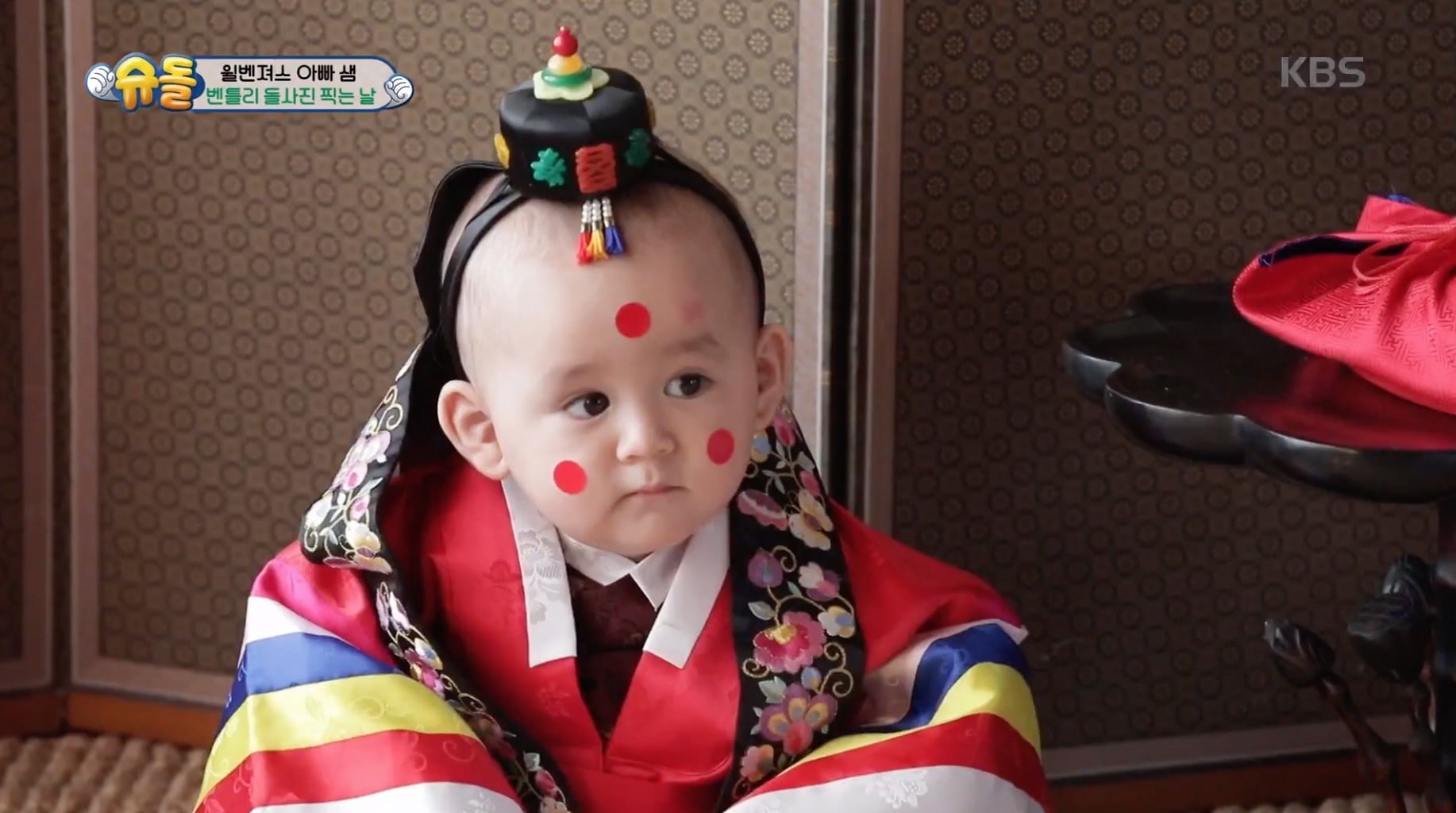 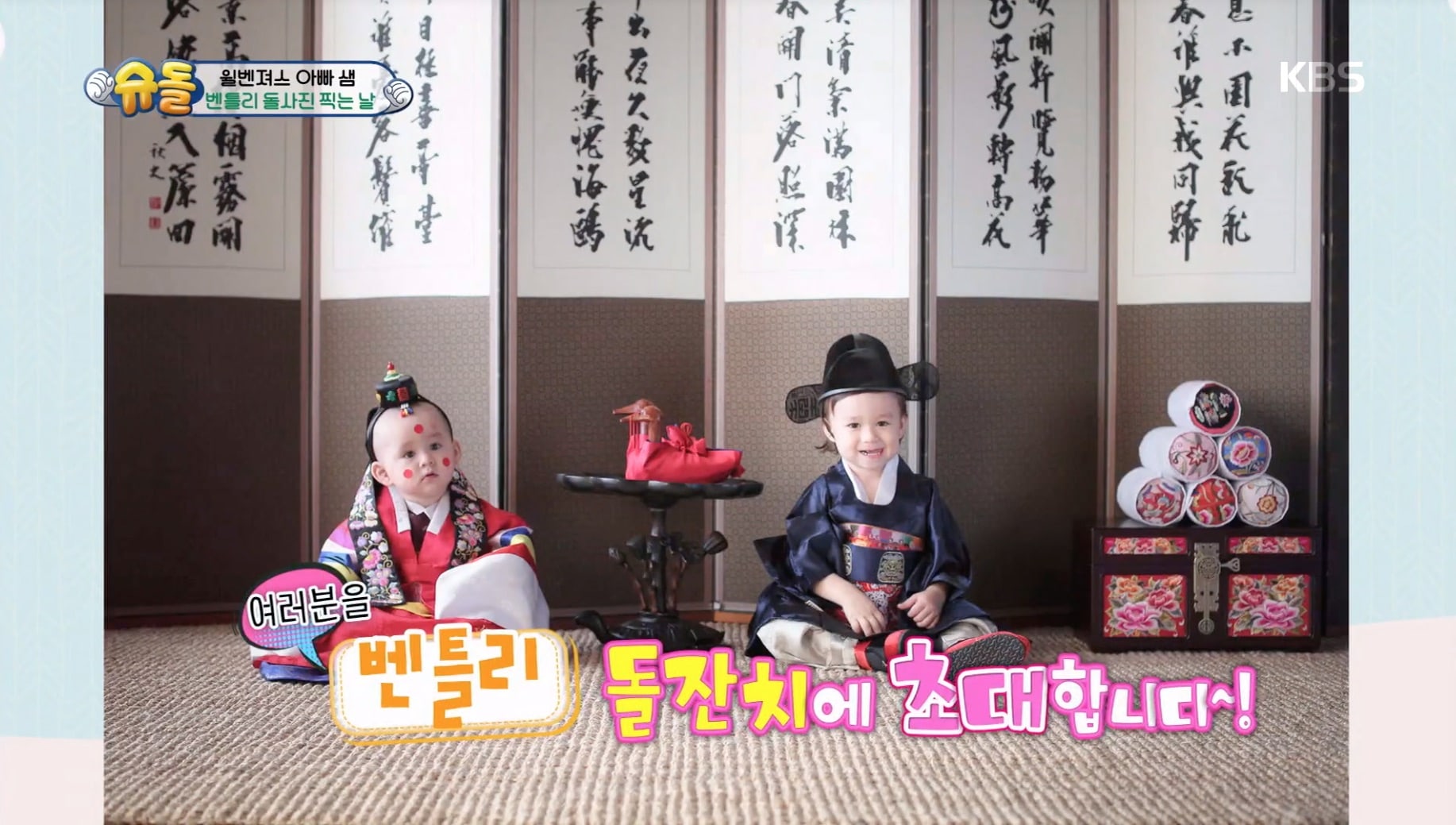 Next was a brothers-only shoot, where William dressed in the robes of a king and Bentley dressed up as the grand prince. William then re-enacted a scene from a historical drama where the king puts the prince in his place. The brothers were then photographed in the clothing from a traditional wedding, with William as the groom and Bentley as the “bride.” 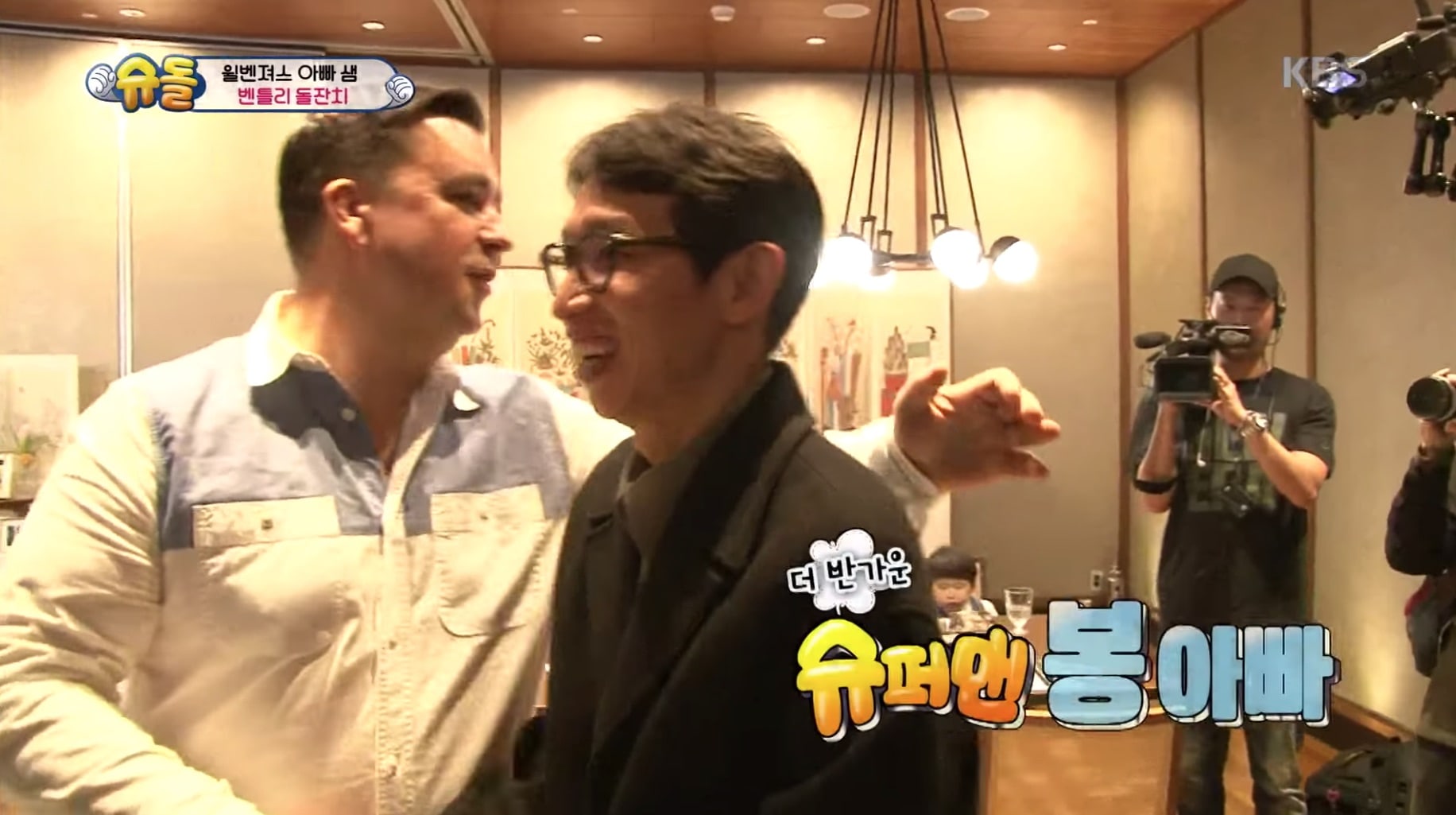 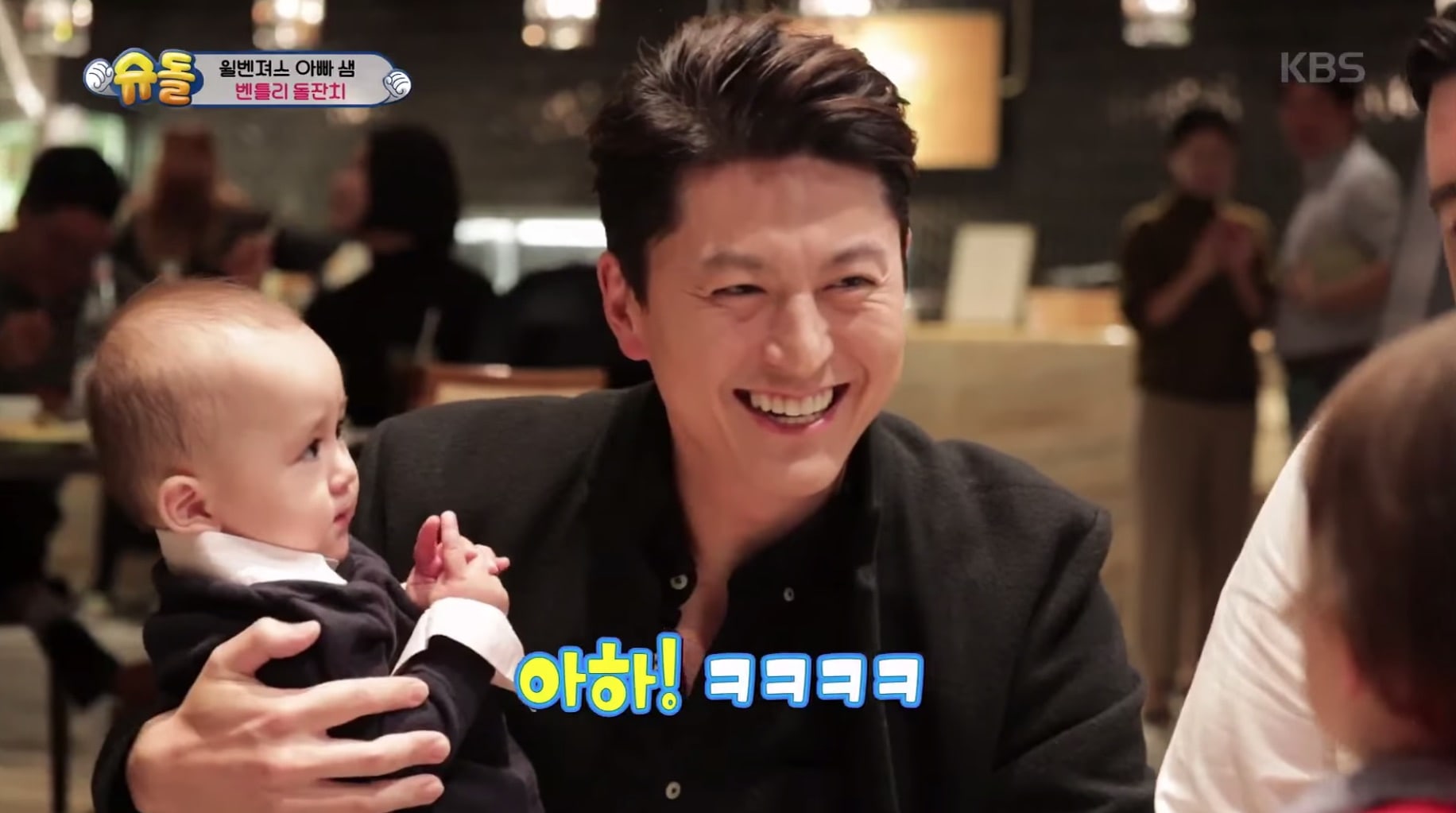 The party was attended not only by family but by Sam Hammington’s close friends like Sam Okyere, Jung Joo Ri, Ryu Soo Young, Bong Tae Gyu, and Eva and her son, Noah. Despite the unfamiliar atmosphere of a crowded party, Bentley didn’t cry and enjoyed the day with his trademark smile on his face. His brother William also congratulated him, saying, “Happy birthday, baby.” 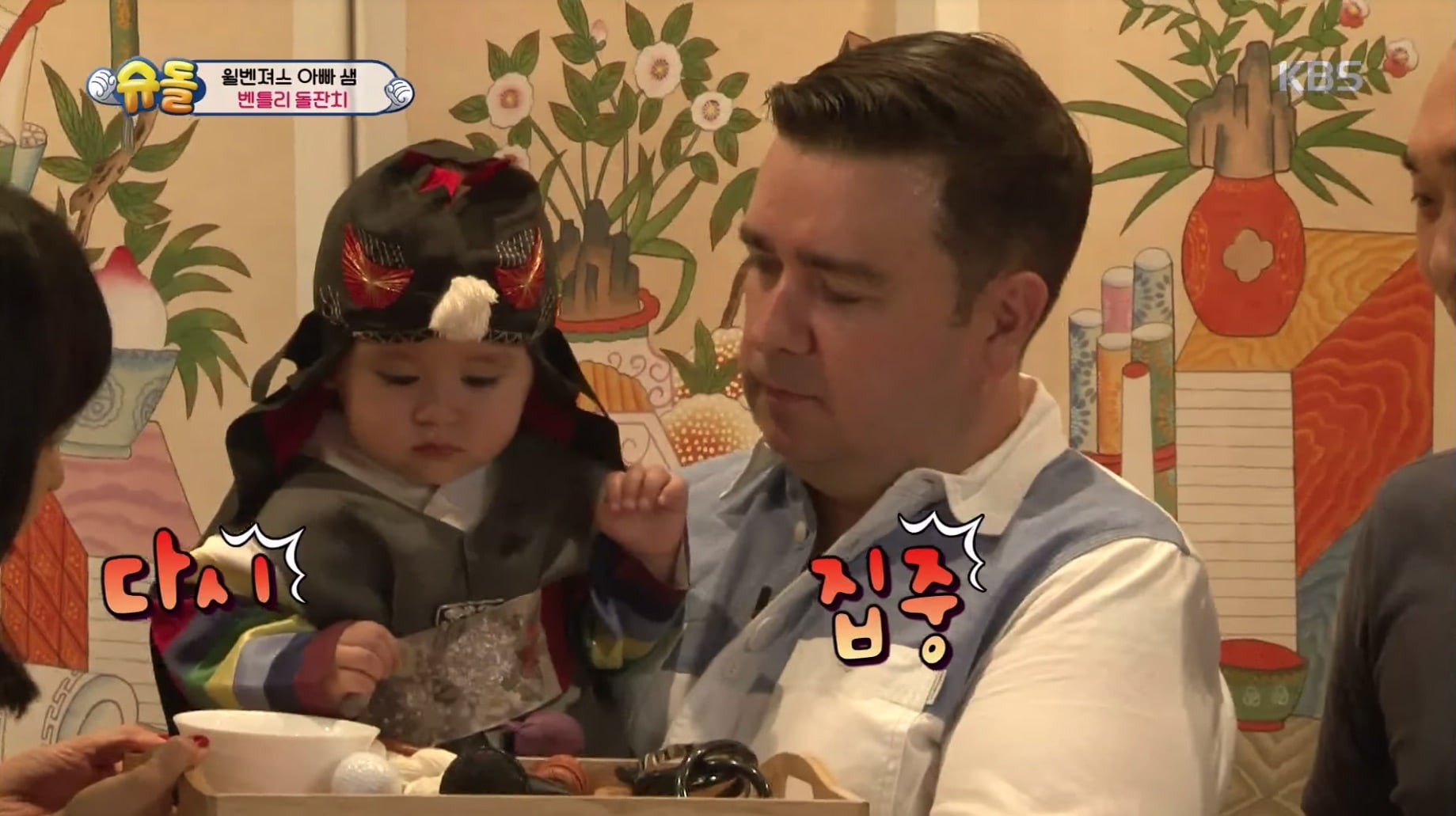 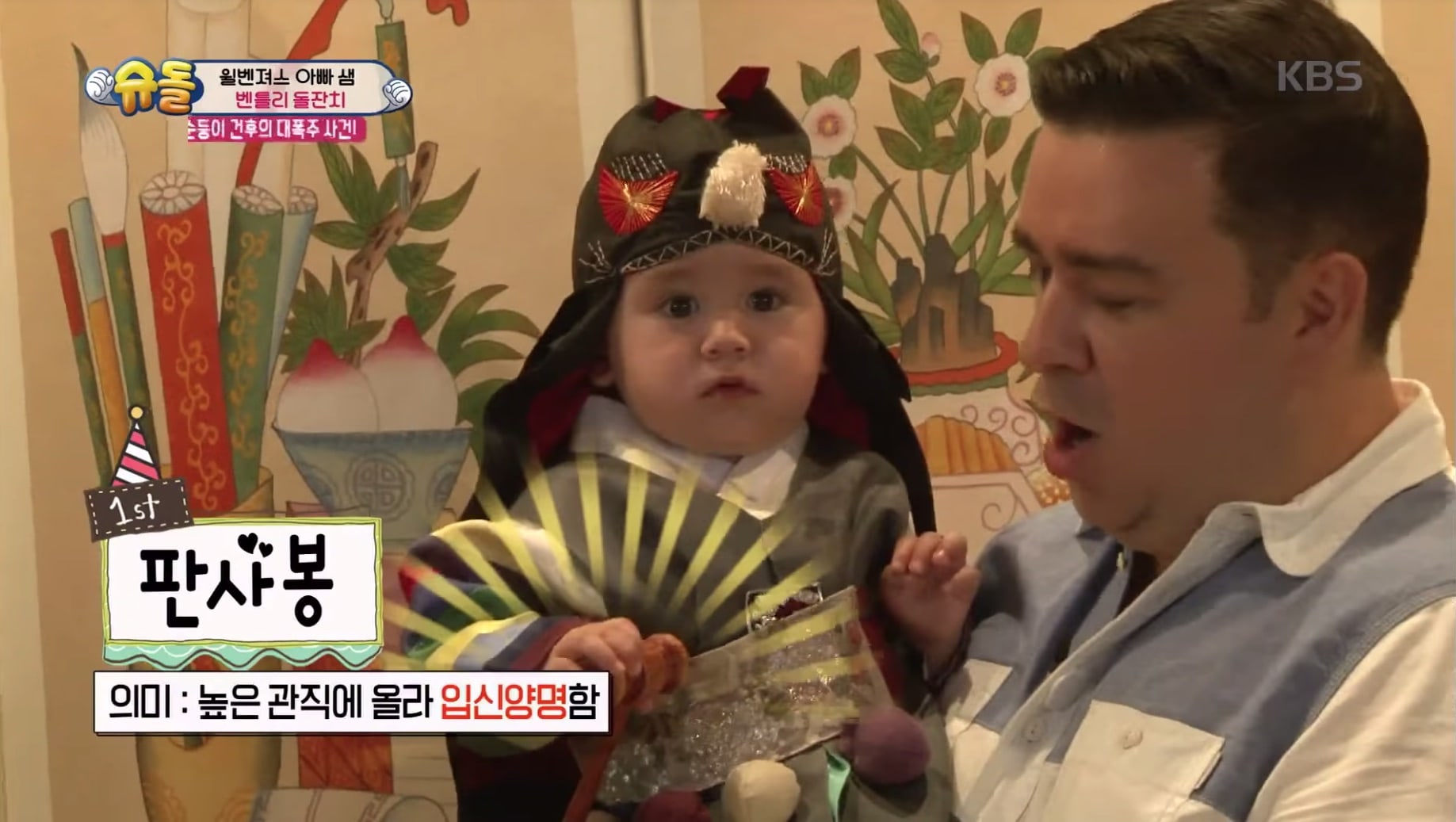 At the doljabi, where the birthday child is made to grab from a selection of items meant to predict the baby’s future, Bentley was surprised by the crowd’s reactions to whatever he put his hands on. After hesitating over the rice, he eventually picked the gavel. The meaning of the gavel is that the child will achieve a high position in public office (e.g. a judge) and rise in the world and gain fame.

You can watch “The Return of Superman” here: