Twitter reveals the “#ThisHappened 2018: The Biggest K-pop Moments on Twitter in Asia Pacific,” showing the immense impact and engagement of fans on the platform once again.

BTS, GOT7, and EXO are among the most popular artists in Asia Pacific, with fans excitedly taking to Twitter to tweet about their comebacks, concerts, songs, and more.

The Golden Tweet (most retweeted tweet) in 2018 is by BTS @BTS_twt, featuring member J-Hope attempting the #InMyFeelingsChallenge. This challenge is a dance craze that swept the internet, with thousands of Twitter users, celebrity and non-celebrity alike, dancing to Drake’s hit song “In My Feelings”.

One of the most talked about moments on Twitter in Asia is BTS’ #ENDviolence campaign with the United Nations Children’s Fund (@UNICEF), encouraging young people to use their voice to speak on world issues and #ENDviolence.

The K-pop influence also reached the world of sports this year, as in the Olympics, FIFA World Cup, and the Asian Games 2018.

In particular, for the FIFA World Cup, fans got to vote for the song they want to be played inside the Luzhniki Stadium during the finals match, and fans on Twitter voted for EXO’s Power.

Turn it up and feel the beat!

From the final four, which beat do you want heard inside the stadium? VOTE NOW! ? #FIFAStadiumDJ

Below are additional data on the top K-pop moments in Asia Pacific:

Most Tweeted About K-pop Groups in Asia Pacific

Most Tweeted About K-pop Concerts in Asia Pacific

Most Tweeted About Comeback in Asia Pacific

Most Tweeted About K-pop Songs in Asia Pacific 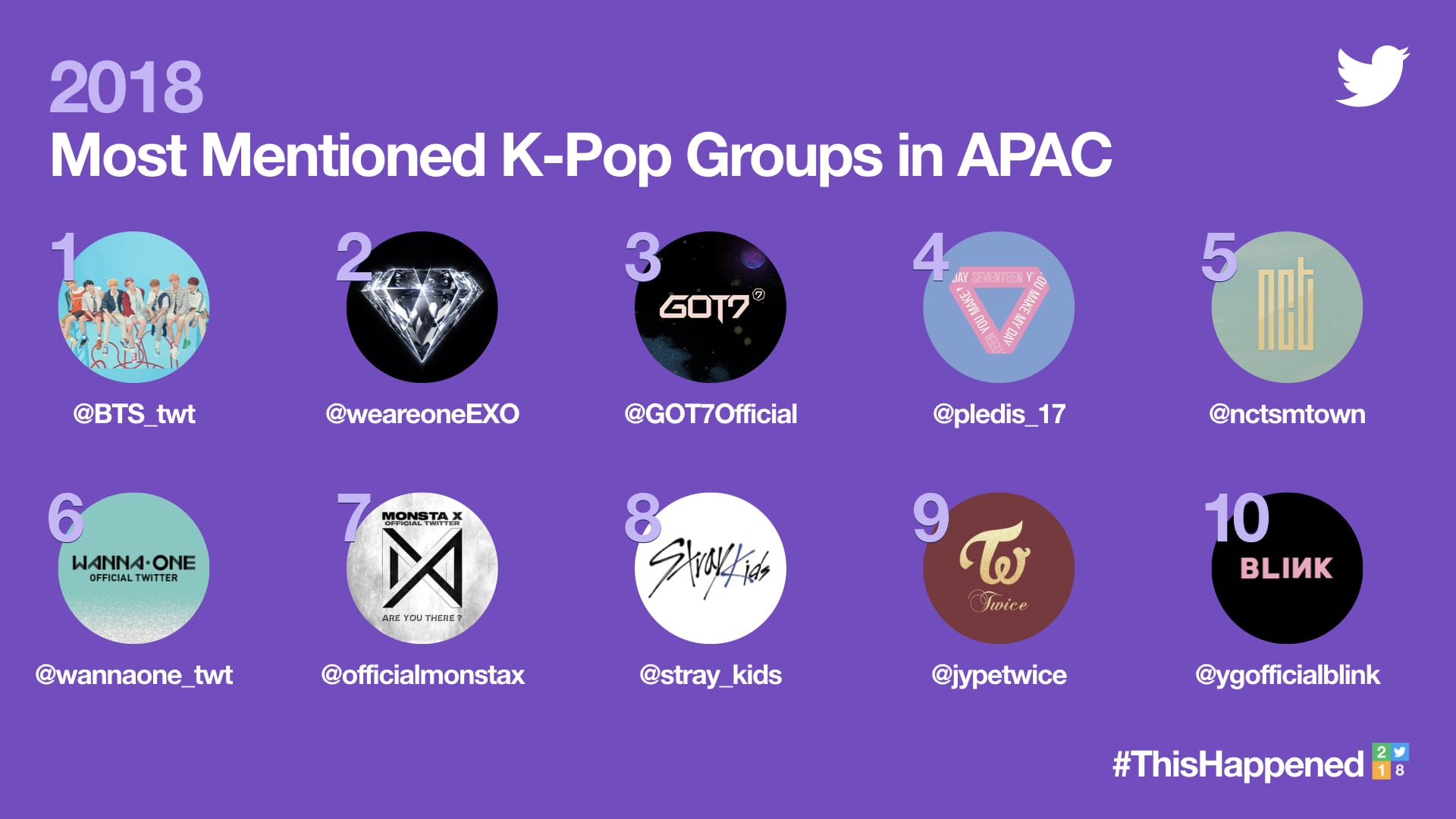 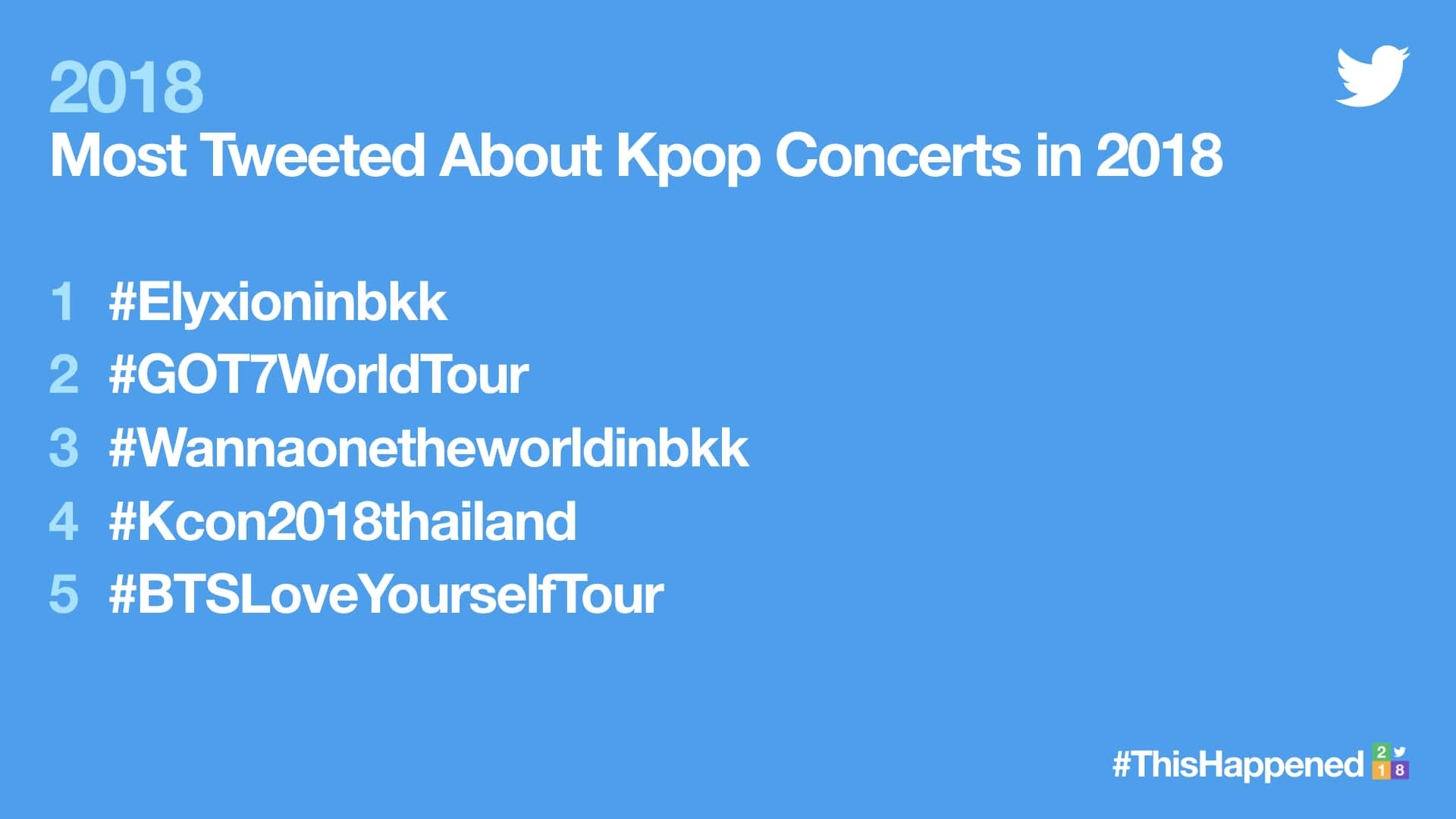 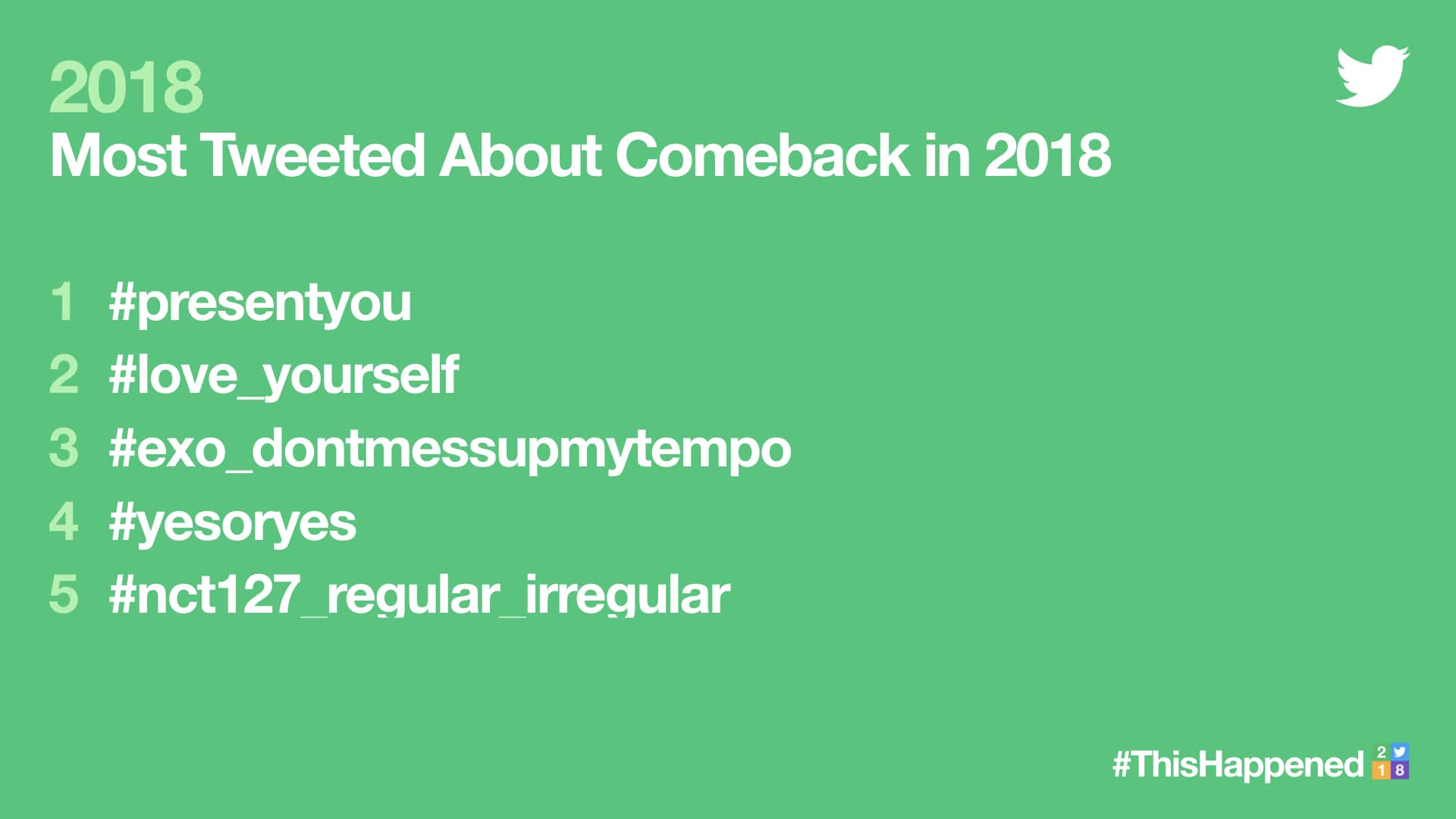 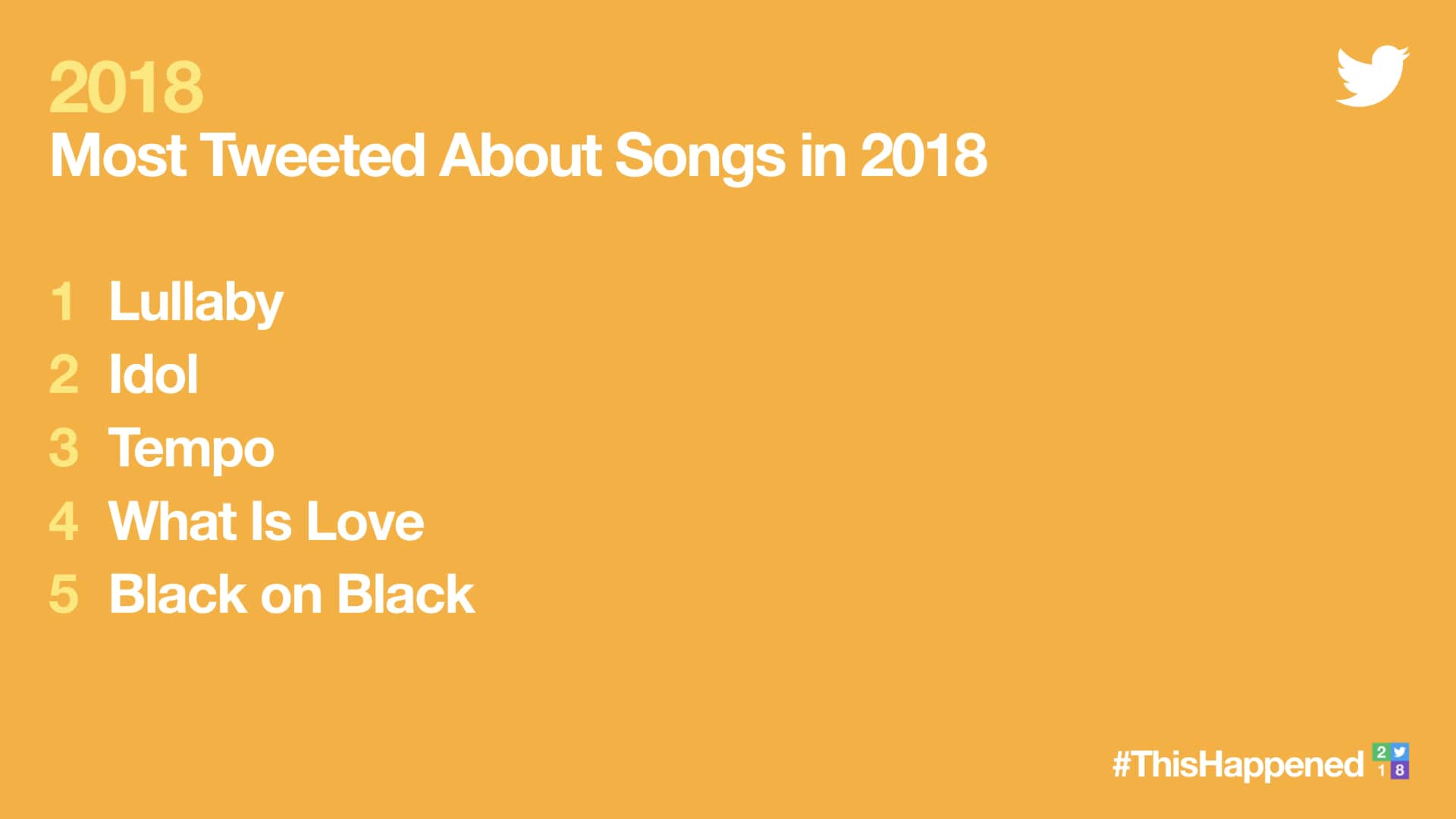 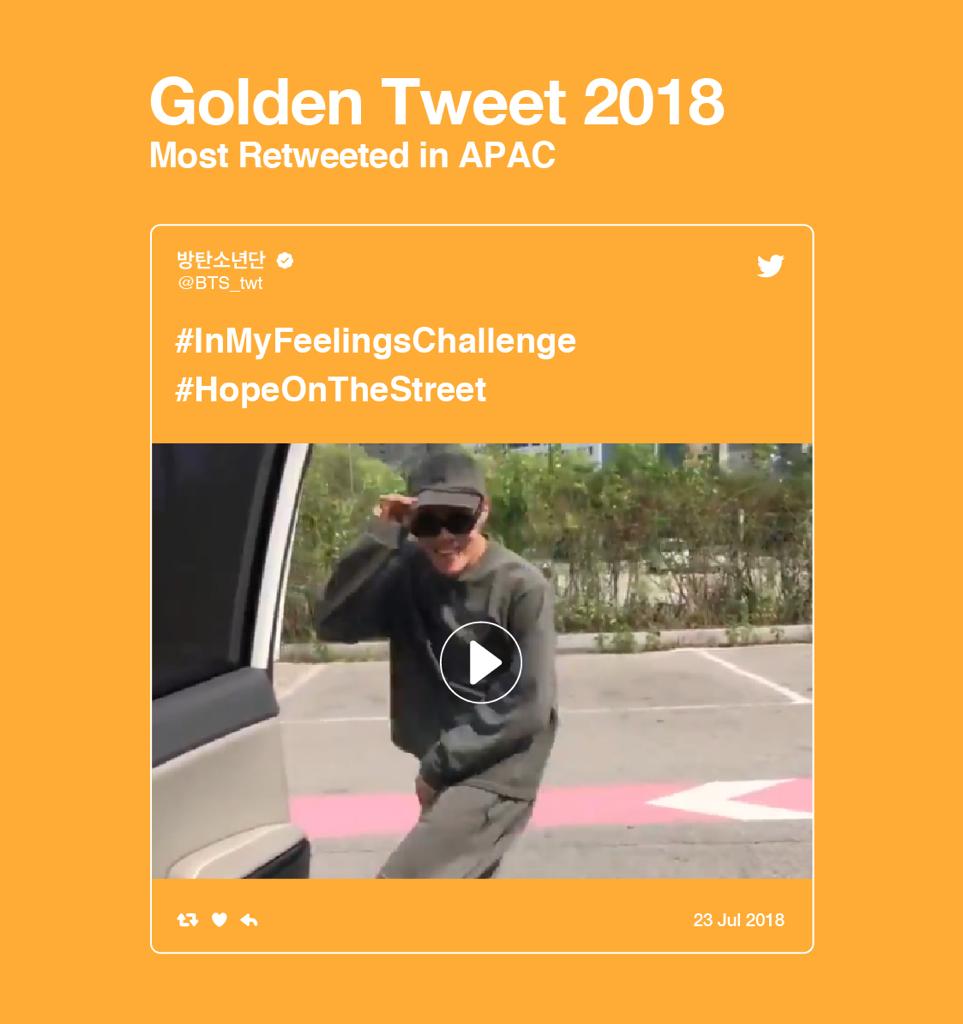