Choi Jin Hyuk and Shin Sung Rok are about to get viewers’s hearts racing with a charismatic action scene in SBS’s “The Last Empress”!

The upcoming episode will follow the two as they engage in a battle of swordsmanship. The new stills show the duo locked in a fierce battle, their competitive streak coming through as they dodge each other’s blows and try to get the upper hand. The scene is said to be riveting as the two characters move like bolts of lightning to create a fast-paced, exciting scene. 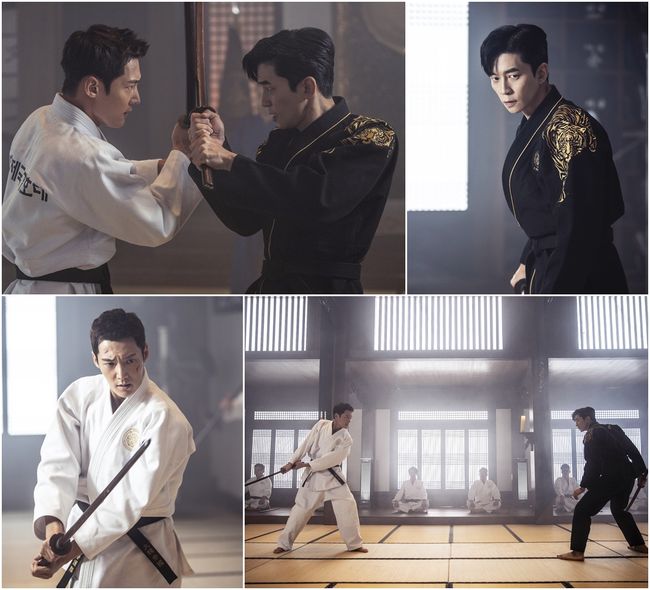 Choi Jin Hyuk and Shin Sung Rok are said to have been extremely focused during the filming of the scene. They knew that they needed to be completely in sync for the scene to work, and their ability to quickly pick up on the necessary moves was heightened by their natural athleticism to create the perfect shot. They were careful to avoid injuries and did their best for the scene.

The production staff stated, “It will be a meaningful scene where Lee Hyuk and Chun Woo Bin go head to head. Following their swimming battle, they will engage in a sword fight that will create a charismatic and fast-paced scene, so please anticipate it.”

Choi Jin Hyuk and Shin Sung Rok’s battle will be included in the upcoming episode of “The Last Empress,” which will air at 10 p.m. KST on December 5.

Choi Jin Hyuk
Shin Sung Rok
The Last Empress
How does this article make you feel?