Nell shared some insights into the story behind the band’s collaboration with BTS’s RM.

On the December 7 episode of “Yoo Hee Yeol’s Sketchbook,” Nell appeared as guests following the release of their recent album “Let’s Part.”

Host Yoo Hee Yeol mentioned how Nell has become “musicians of musicians,” as many popular artists are fans of their work. The band, and in particular Kim Jong Wan, have worked with several of these artists, with their “successful fans” including INFINITE’s Sunggyu, Girls’ Generation’s Taeyeon, and members of Wanna One.

Recently, Nell also worked with BTS’s leader RM on the song “everythingoes” for his solo playlist titled “mono.” RM and Kim Jong Wan are credited as producers on the track, while the Nell members played the music for the song.

When Yoo Hee Yeol asked how Nell had come to work with RM, Kim Jong Wan replied, “He’s liked our music since a long time ago. He told us that he’d written a song and that while he was working on it, he had thought about Nell. I listened to it three or four times in a row. The song was really great, and I felt like I understood the feelings that went into its writing. So I said of course, let’s work together.” 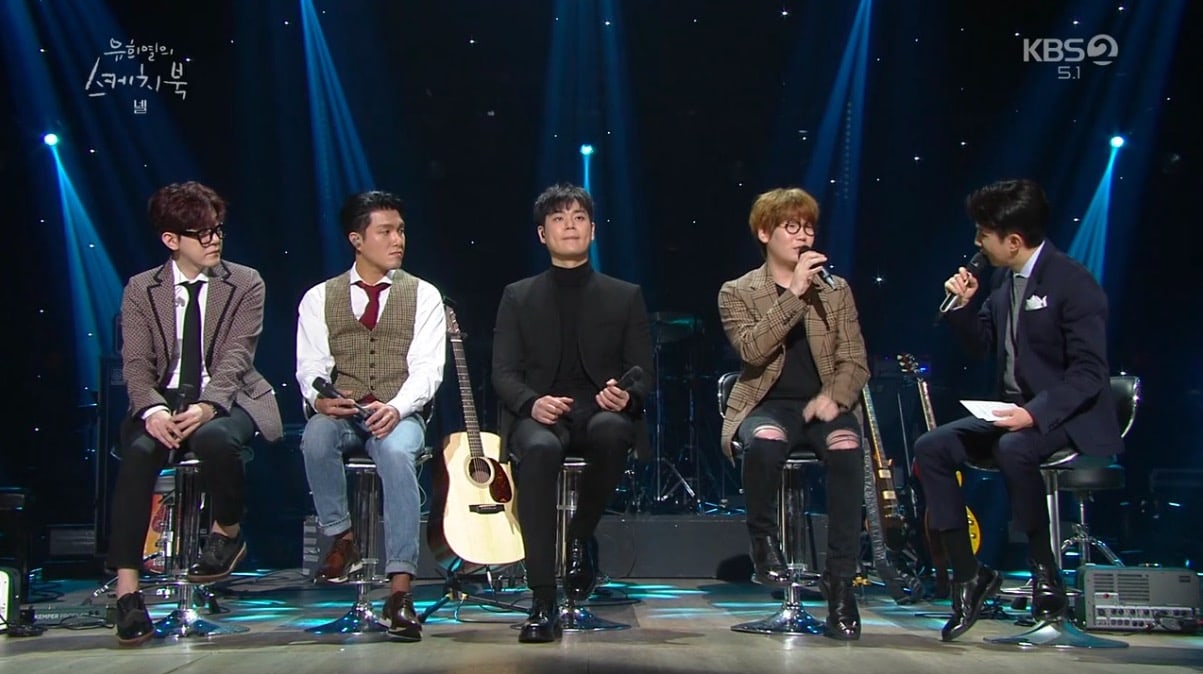 You can listen to RM’s full playlist “mono.” here!