g.o.d looked back at their past and talked about their 20th anniversary concert.

“We walked on this path together, and g.o.d and our fans came all this way, so thank you very much,” said Park Joon Hyung. Son Ho Young added, “In order to celebrate our 20th anniversary, we prepared a concert with our fans.”

The venue was filled with fans who held up g.o.d’s signature sky blue balloon light sticks. When asked for tips on how to enjoy g.o.d’s concert, Park Joon Hyung answered, “Put aside your worries and just have fun.”

Since the boy group has held over 200 concerts, the reporter asked about their exhaustion. Yoon Kye Sang said, “It all changes once I go on stage. Once I hear the fans’ screams, I’m fine.”

Danny Ahn then revealed, “For this concert, I’m taking medicine.” When Park Joon Hyung asked him if that was the one given by IU, he said, “That’s right. It’s gongjindan (traditional herbal medicine).”

Kim Tae Woo explained, “She gave us so many amazing gifts because we went to her concert as guests.” 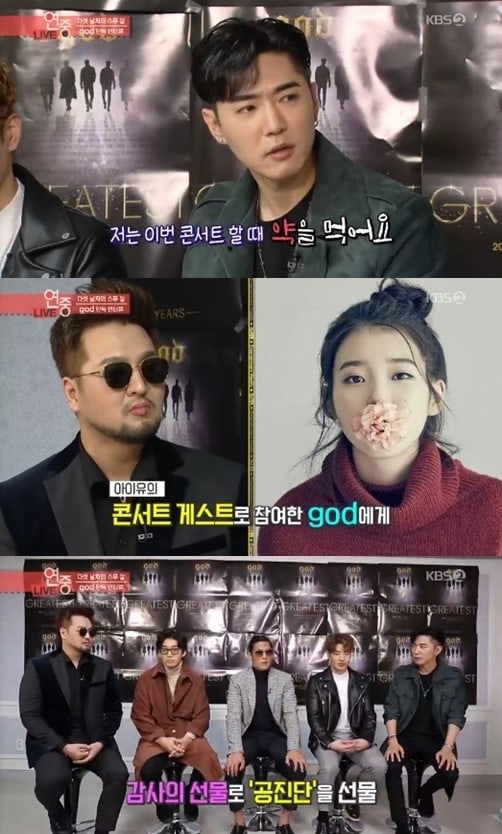 g.o.d then took some fun quizzes to see how well they know each other before looking back at some of their photos. One of them included a group photo with Jae Min from “g.o.d’s Baby Diary.” This was a reality show where the boy group lived with and took care of a two-year-old baby named Jae Min.

They said that they were keeping in touch with him and expressed gratitude at how well he had grown up. When asked if Jae Min would be coming to the concert, Son Ho Young answered, “No, he has to work at his part-time job at 4 p.m. today.” 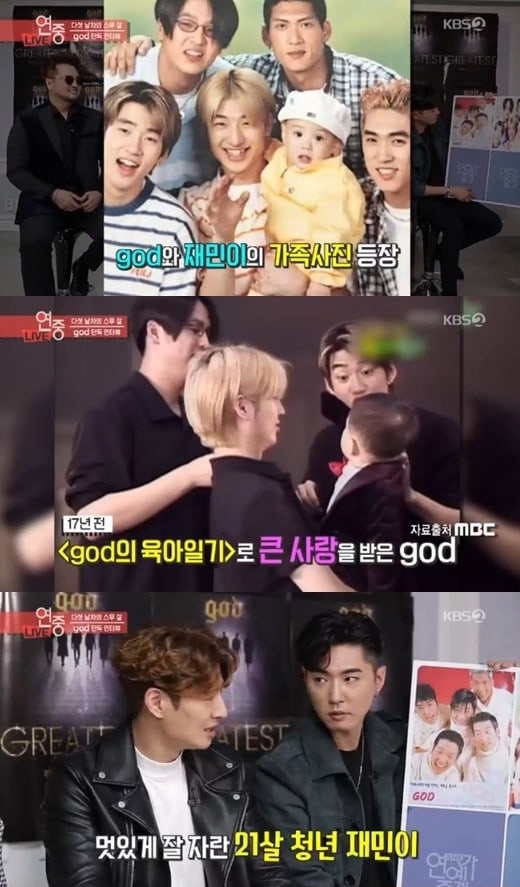 g.o.d released the MV for their latest track “Snowfall” on November 27.

IU
Entertainment Weekly
g.o.d
How does this article make you feel?