“That Psychometric Guy” (literal title) is a romantic comedy about Yi Ahn (Jinyoung), who has the ability to find out a person’s secrets by touching them, and Yoon Jae In (Shin Ye Eun), who wishes to hide her painful secret as if her life depends on it. The drama also stars Kim Kwon, Dasom, Noh Jong Hyun, Go Youn Jung, and Jang Eui Su.

Uhm Hyo Sup has starred in dramas like “School 2013,” “My Love from the Star,” “Doctors,” “The King Loves,” and “I Am Not a Robot.” His character Eun Byung Ho is a police superintendent and the father of Dasom’s character Eun Ji Soo.

Lee Seung Joon is known for dramas like “Descendants of the Sun,” “Mr. Sunshine,” and “30 but 17.” He will take on the role of Kang Geun Taek, the father of Kim Kwon’s character Kang Sung Mo. 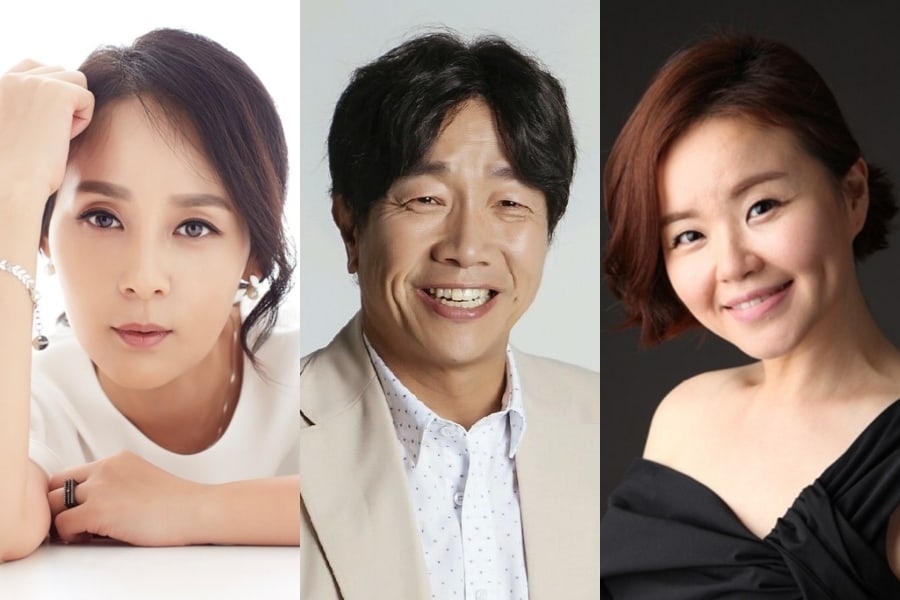 Park Chul Min has appeared in dramas including “Hotel King,” “Moonlight Drawn by Clouds,” “Ruler: Master of the Mask,” and “School 2017.” He will show off comical acting as police lieutenant Nam Dae Nam.

Kim Hyo Jin is originally a comedian but has acted in projects including “Nonstop 3” and “Wonderful Life.” She will bring laughter as Oh Sook Ja, the overdramatic aunt of Yoon Jae In.

The drama’s production team commented, “The actors who freely go back and forth between being comical and serious will present tension as they sometimes make viewers laugh and make their palms sweat at other times.”