Watch: “Under 19” Contestants Cover BTS And Block B In 2nd Round Of Team Battles

On the December 15 episode of MBC’s audition program “Under 19,” the remaining contestants began their second round of team battles.

During practices, the vocal team had trouble getting their harmonies right. It turned out that they had been severely affected by the elimination of three of their members in the previous episode. During the actual performance, Jeon Chan Bin went off-key and shed tears when the performance ended, saying, “I didn’t even show half of what I practiced and I felt so sorry toward everyone else.”

The rap team also struggled with almost half of their members having been eliminated, struggling to perfect their choreography arrangements. After getting 1:1 tutoring, they impressed the audience with their rapid-fire rapping and didn’t make any mistakes during the performance.

The final team to perform in Round 1 was the performance team, who covered the exact same song as the rap team (Block B’s “Her”). Super Junior’s Eunhyuk had set it up so that the two teams went after one another, commenting, “I think that they can each show different sides of the song.”

The performance team showed an amazing dance break during the song and the directors said, “It’s a really close race [between them and the rap team].” 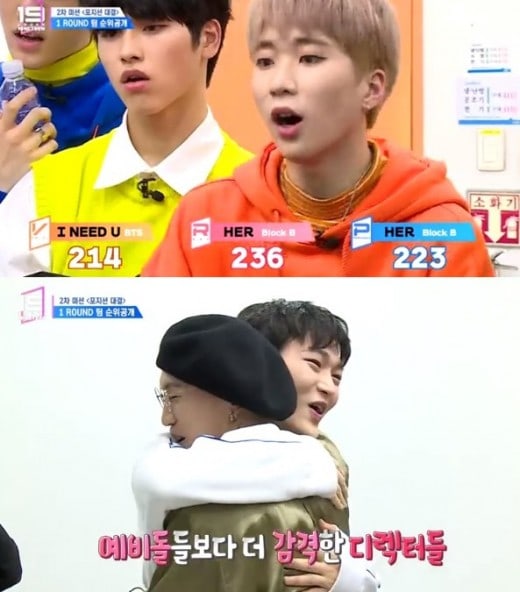 The episode ended with the B groups practicing for their own performances in Round 2. In particular, Lee Ye Chan, who is the leader of the rap team performing “Boss,” was shown getting into conflict with the other members and mentor Don Spike over the direction of their performance.