HaHa couldn’t hide his surprise when he saw his wife Byul on the set of SBS’s “Running Man”!

Together with Song Ji Hyo’s team, Byul made 100 servings of potato dough soup. Because there were so many potatoes that needed peeling, the team ended up asking a staff member for help. However, they soon became angry at the slow speed of the producing director.

While boiling pork, Song Ji Hyo suggested adding ground coffee to the water, while Kim Jong Kook said that they should add beer. Byul concluded, “Let’s add both.” The group then proceeded to make seafood pancakes and potato pancakes as well. 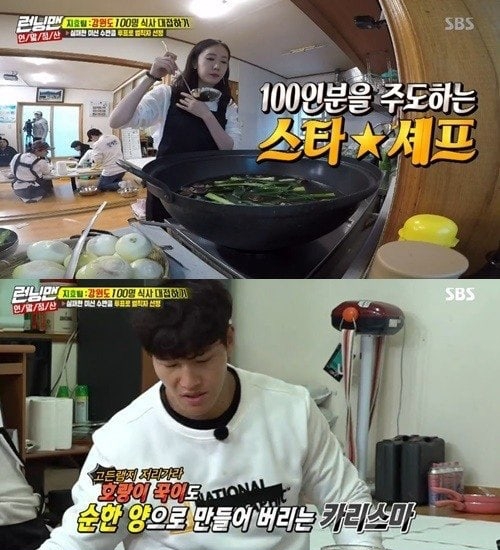 Song Ji Hyo’s team and Lee Si Young’s team then met up for an additional mission. While waiting for HaHa, Byul revealed, “I was so careful [about hiding my appearance on ‘Running Man’ from him] that I posted on my agency’s chatroom that I have a concert meeting in my schedule today. Because it had to match up, just in case he asked me where I was going today.”

Shortly afterwards, HaHa walked in and became speechless after seeing Byul sitting in the dorm. Lee Kwang Soo, who walked in after him, also froze in his tracks.

After seeing their surprise, Byul jokingly remarked, “I’m a celebrity. I can appear on ‘Running Man’ too.” HaHa exclaimed, “I have chills,” then hugged his wife.

Although they were competitors on opposite teams, Byul took care of her husband throughout the show. When HaHa was scared by some falling plastic cups, Kim Jong Kook jokingly asked her whether she was sometimes embarrassed of him. Byul made everyone laugh by replying, “I’m embarrassed every day.” 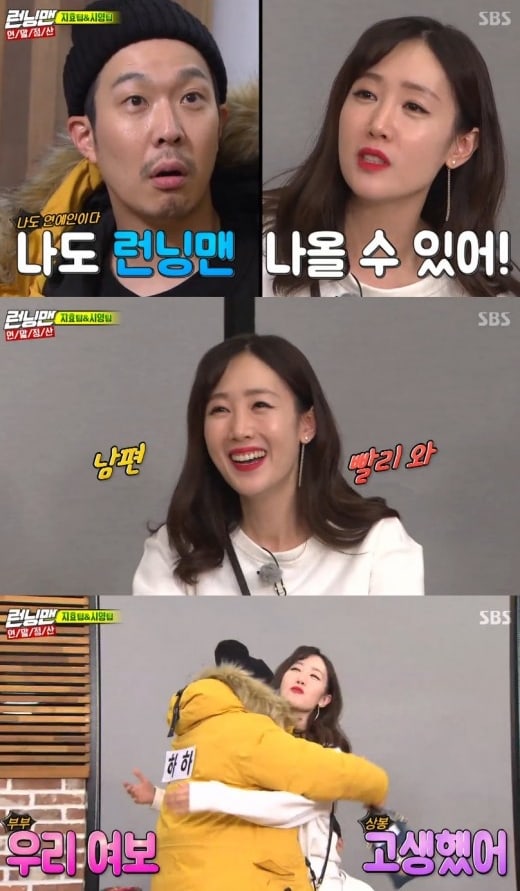 Byul
Running Man
HaHa
How does this article make you feel?