WINNER appeared on the December 18 episode of “Idol Room” ahead of the release of their new single, and shared some more good news!

During the show, the guys were asked to introduce their new song “Millions.” Kang Seung Yoon explained that it’s about how there are a million reasons to like everybody, and said it’s aimed to give everyone’s self-confidence a boost.

Defconn said, “Since you’re talking so much, you must have composed the song.” Kang Seung Yoon laughed and said it’s true. 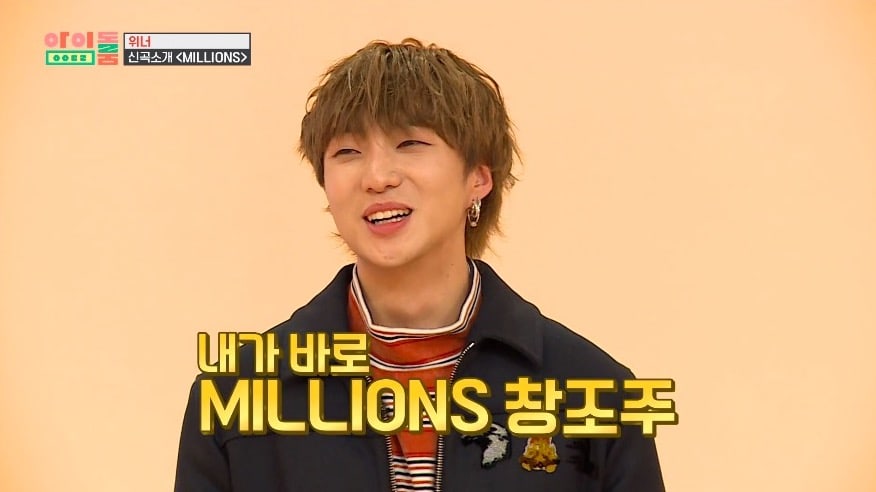 Jung Hyung Don then pointed out that Lee Seung Hoon also writes songs, and asked him if he feels disappointed that the title track isn’t one of his own.

Lee Seung Hoon replied, “It’s because for every 100 songs Seung Yoon writes, I write three. The amount of work he does is just that amazing.”

The hosts then turned to Kim Jin Woo, and joked that he can’t be doing nothing. Kang Seung Yoon jumped in to say, “I’m not sure if it’s okay for me to give this spoiler but he’s preparing solo [music]” and Kim Jin Woo agreed. Kang Seung Yoon added, “There are a few songs already; they’re good.” 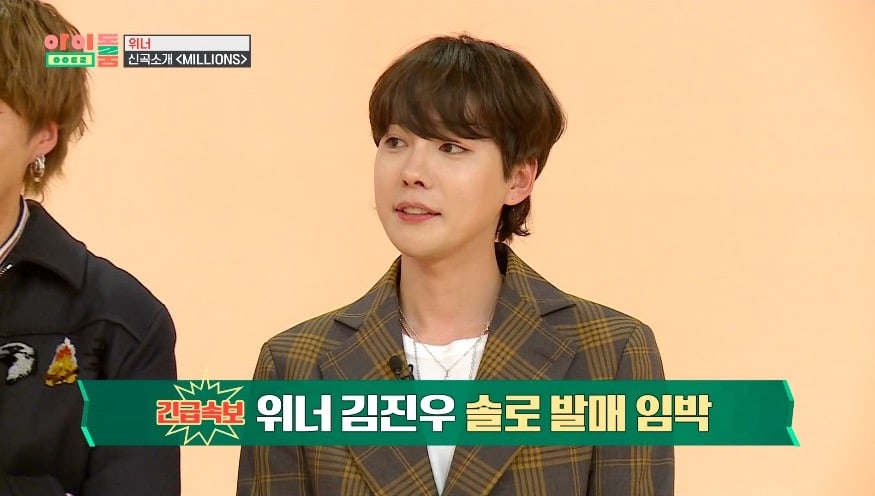 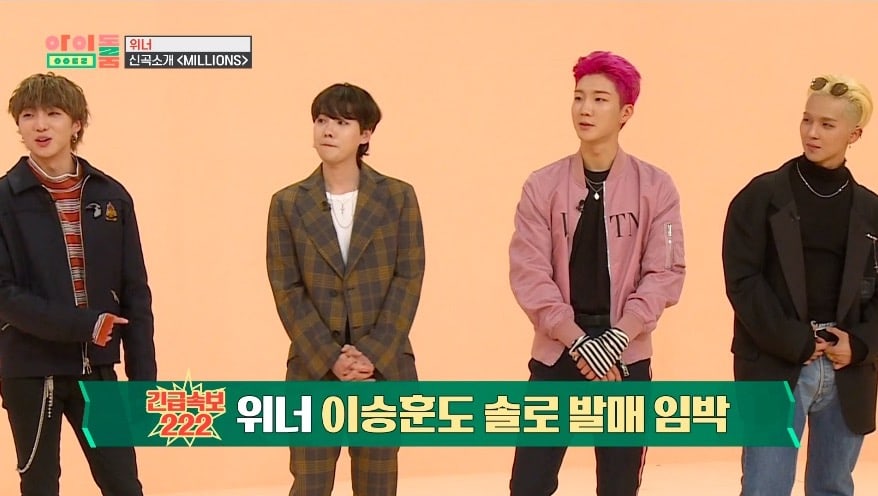 The hosts then commented that Song Mino had gotten them off to a good start, and laughed at the way he smiled in response. Song Mino then turned to the others and said coolly with a smile, “Follow me.” 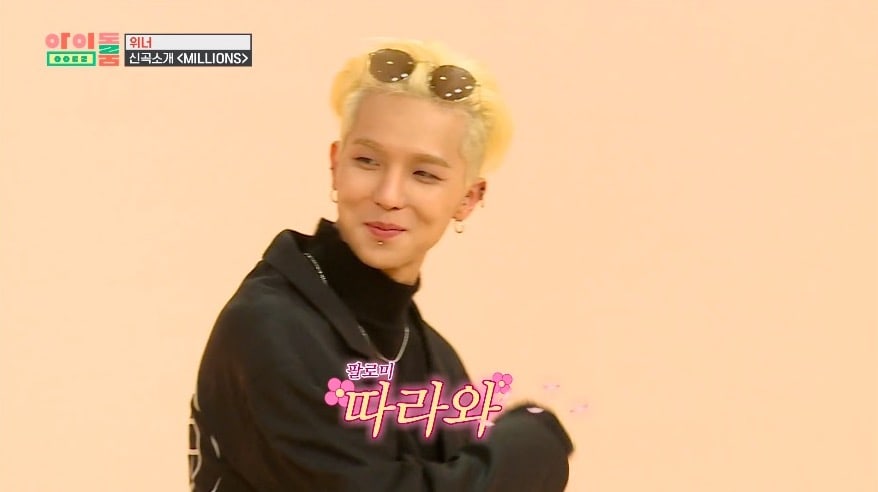 Kang Seung Yoon joked, “I’d better use Mino as a featuring artist then.” Song Mino made them all laugh when he replied, “Use me? You’ve got to ask first.” 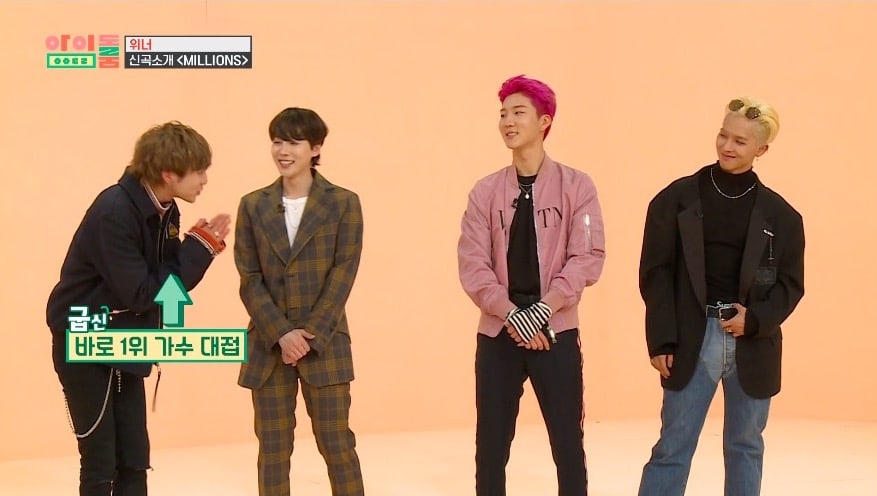 WINNER will be making a comeback on December 19 at 6 p.m. KST with their single “Millions.” Check out their teasers here!