WINNER’s Kang Seung Yoon and Kim Jin Woo have revealed that they are envious of a recent development in Song Mino‘s relationship with YG Entertainment founder Yang Hyun Suk!

During the December 18 episode of JTBC’s “Idol Room,” hosts Jung Hyung Don and Defconn asked the WINNER members whether they were allowed to call Yang Hyun Suk “hyung” (older brother), instead of the more formal “boss.”

Kang Seung Yoon replied, “No, not yet. Only [Song] Mino has received permission to call him brother.”

He went on to explain, “Mino recently gave an acceptance speech after winning first place on a music show. He rapped his acceptance speech, and at one point, he [addressed Yang Hyun Suk] by saying, ‘Father Yang!’

“[Yang Hyun Suk] was so happy that he posted it on social media and wrote, ‘Father Yang?’ Let’s just go with ‘Yang Hyung‘ from now on.’ So now, only Mino is allowed to call him brother.”

Kang Seung Yoon added optimistically, “Maybe if the rest of us also win first place and [mention him in our acceptance speeches], we’ll be able to do the same.” 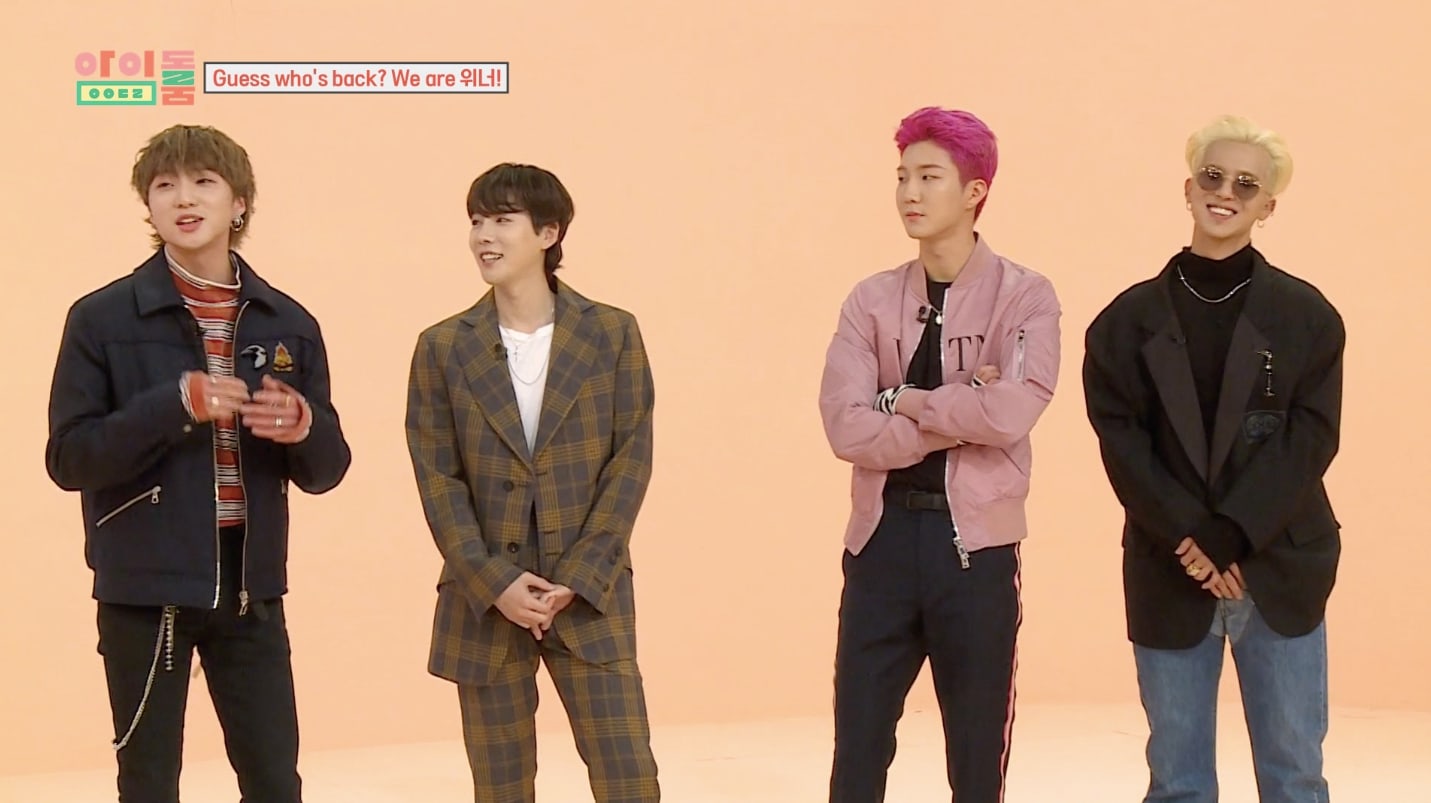 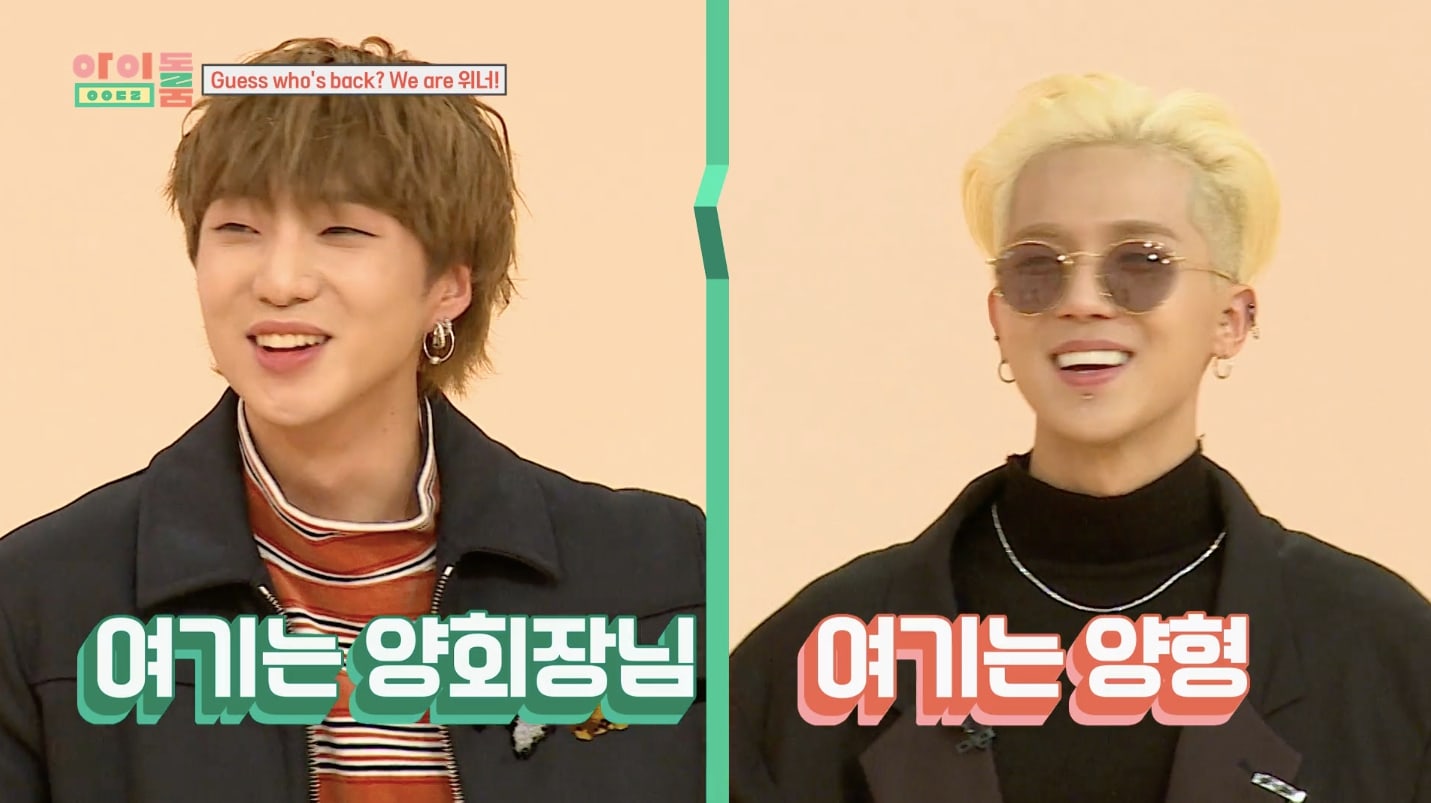 Later on in the show, the hosts brought up the fact that when Song Mino was away filming ‘New Journey to the West,’ Kang Seung Yoon had covered the rapper’s lines during the group’s live performances.

They then asked Kang Seung Yoon to perform a freestyle rap on the spot, with Jung Hyung Don suggesting, “You can share your inner thoughts from the past eight months, while you were preparing for your comeback, or the difficulties you faced while producing [your new music].”

Kang Seung Yoon started out a bit flustered, repeating the same lines over and over before laughing, “What should I say now?” However, he soon got the hang of things and addressed Yang Hyun Suk directly, rapping, “Boss Yang! I also want to call you brother, but why am I not allowed to do so? How come only Mino is allowed to do so? It seems like it’s because ‘Fiancé‘ was a success. If I also make a solo comeback and win first place, will I get to call you ‘hyung‘?”

He ended his rap by declaring, “Boss Yang, ‘Yang Hyung,’ I love you.” 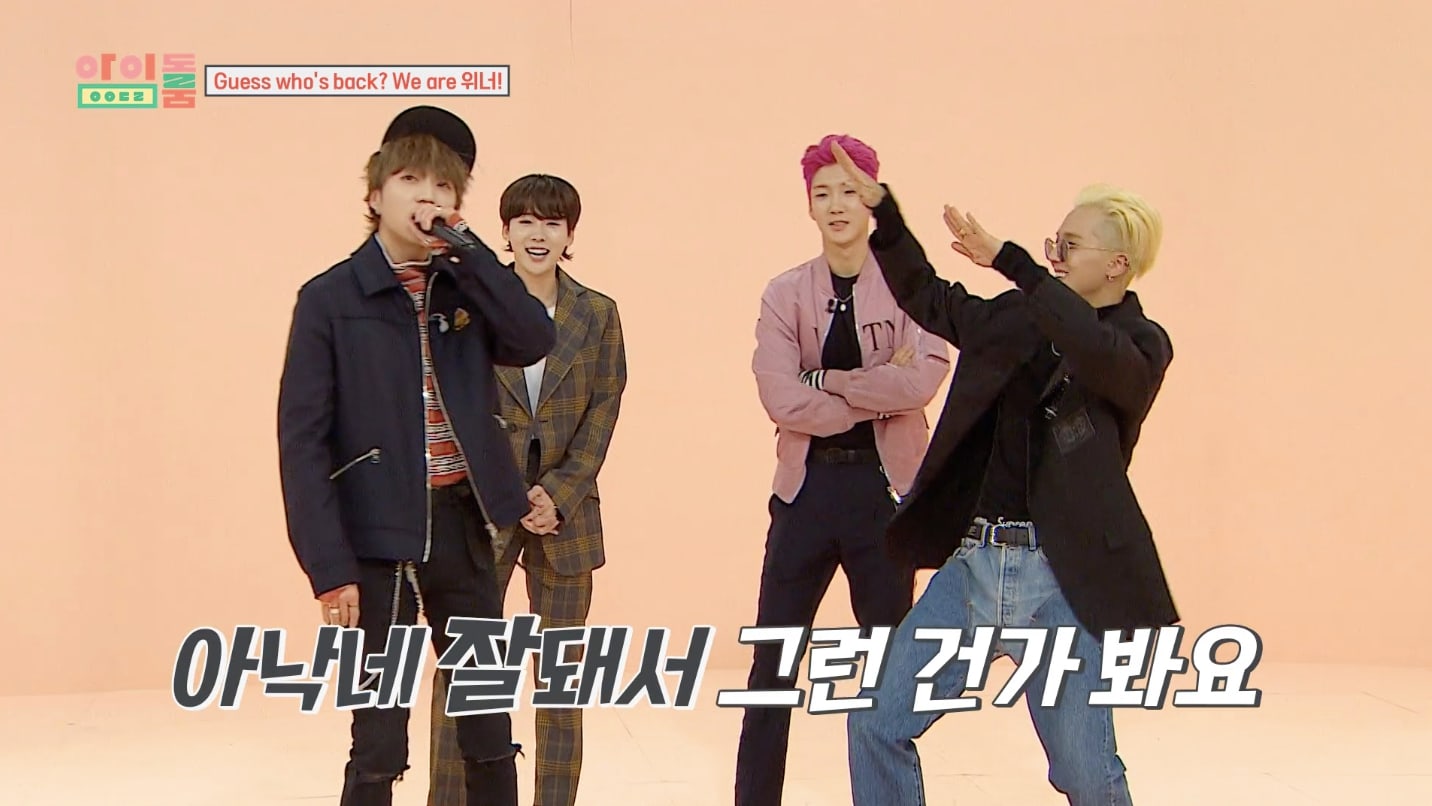 The hosts then asked Kim Jin Woo to perform a freestyle rap of his own, and Kang Seung Yoon jokingly agreed, “I can’t be the only one to do it. I don’t want to be embarrassed all by myself.”

Kim Jin Woo also addressed Yang Hyun Suk directly in his rap, repeatedly calling him “Boss Yang” before announcing, “From now on, I will call you ‘Yang Hyung‘ instead of Boss Yang. Yang Hyung!”

Watch the clip of Kang Seung Yoon and Kim Jin Woo’s freestyle raps below! (The rapping begins at 3:21 in the video.)

WINNER will be releasing their new single “Millions” on December 19 at 6 p.m. KST. Check out their latest teasers here!