AOA’s Seolhyun is ready to introduce her older sister to the public!

On December 19, it was reported that Seolhyun’s older sister Kim Joo Hyun will appear on Mnet’s new variety show “Not the Same Person You Used to Know.” 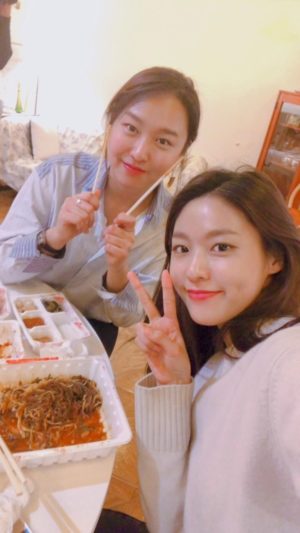 “Not the Same Person You Used to Know” is a quiz program that features celebrities and the closest people around them such as their family members, friends, significant others, or managers. The guests will use their knowledge of the celebrities to predict their next moves while watching a video clip of their daily lives.

Kim Joo Hyun will appear as a family member of Seolhyun and reveal everything there is to know about the idol member’s daily life. As the older sister, Kim Joo Hyun reportedly exposed her younger sister’s image at home that is quite different from what is shown on TV.

Sources revealed that when the sisters appeared at the studio, everyone was astonished to see how similar they looked. The video clip further showed that even their actions were similar such as how they eat and enjoy food.

This is the first time Seolhyun invited her family member to a TV program. In 2016, she briefly mentioned her older sister on MBC’s “Radio Star” and revealed her photo, but her sister never made an actual appearance on the show.

The production team of Mnet’s upcoming variety show stated, “We expected Kim Joo Hyun to get everything right on the quiz about Seolhyun as she is her family, but she did not do well as we had expected.”

Kim Joo Hyun commented, “It was fun and I’m glad that I gained another great memory with Seolhyun through the program. I also saw a side of my sister that I had never seen before. I’m proud to see that she is doing very well out in the real world.”

Check out the teaser for Seolhyun’s episode below!

AOA
Seolhyun
Not the Same Person You Used to Know
How does this article make you feel?