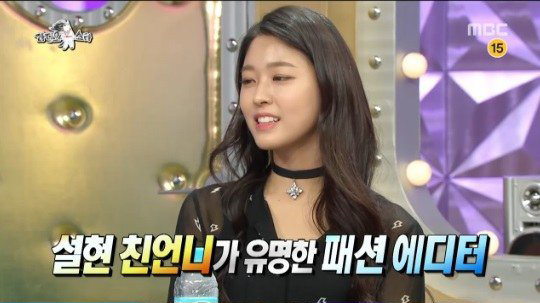 On this episode, the emcees show great interest toward Seolhyun’s older sister saying, “We heard that your older sister is a fashion editor at a famous magazine.” Seolhyun responds, saying that her sister is an editor for the Cosmopolitan magazine. 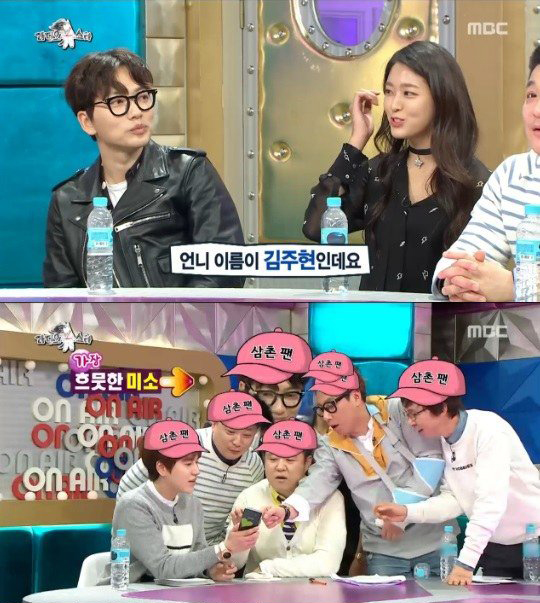 Seolhyun comments, “My sister gives me her feedback about my fashion style. She says, ‘If I tell you not to wear something, you shouldn’t. But you have too strong of a conviction about it.’ I’m not all that interested in fashion. I just wear what looks pretty to me. I like pink.”

Everyone’s curiosity about Seolhyun’s sister heightens as they hear what Seolhyun has to say about her. Seolhyun says, “She’s done a photo shoot with me already. So, she’s already known to the public. Her name is Kim Joo Hyun.” 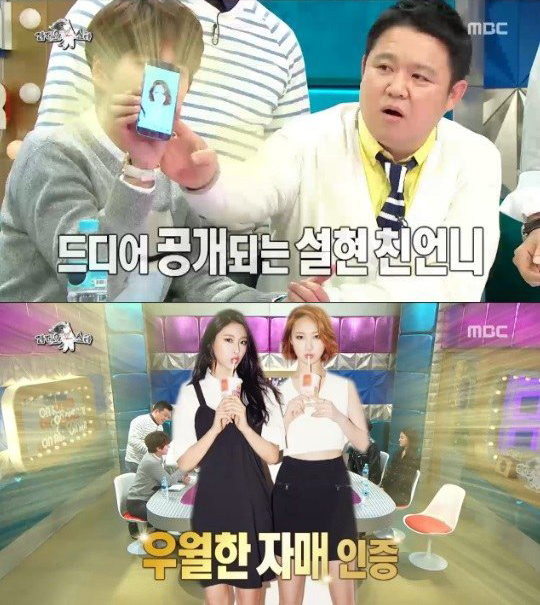 Emcee Kyuhyun takes out his cell phone right away and starts searching for her. All the other emcees along with Yoon Jung Soo, Namgoong Min, and Lee Dong Hwi all show great interest in her looks and gather around to see her photo.

Everyone who see her photo have nothing but compliments for her looks.

Check out the clip from the “Radio Star” below.

Kim Joo Hyun
Radio Star
Seolhyun
How does this article make you feel?