2018 is almost ending and as we look back, we can say that it’s been a great year for K-pop. In fashion as well as in music, trends are constantly changing. This is more so especially in K-pop where it can be quite hard to keep track of everything new. But that’s what makes it so fun — you never really know what you’re going to get and it keeps you guessing. As always, there was never a shortage of bright colors and over-the-top styles, but trust that there were classic and sophisticated looks that kept things balanced. There’s probably hundreds of conceptual styles and themes that groups and solo artists rocked this year, but here are some of the standout looks that reigned supreme:

What better way to promote a new single or message than a shirt that says it all? MOMOLAND wore their group name on their cropped sweaters in their music video for their chart-topping hit “Boom Boom,” in the same way like AOA, who brought the cheerleader vibe in their “Bingle Bangle” shirts. Chiming in the summer spirit was Bolbbalgan4 who wore “Cuba with Love” shirts that made a perfect fit for their song, “Travel.” Meanwhile, The Boyz took their song “Right here” to another level by adding keywords on their shirts to indicate ideal traits and situations one experiences in love: “sensitivity,” “humility,” and “serendipity” among others. 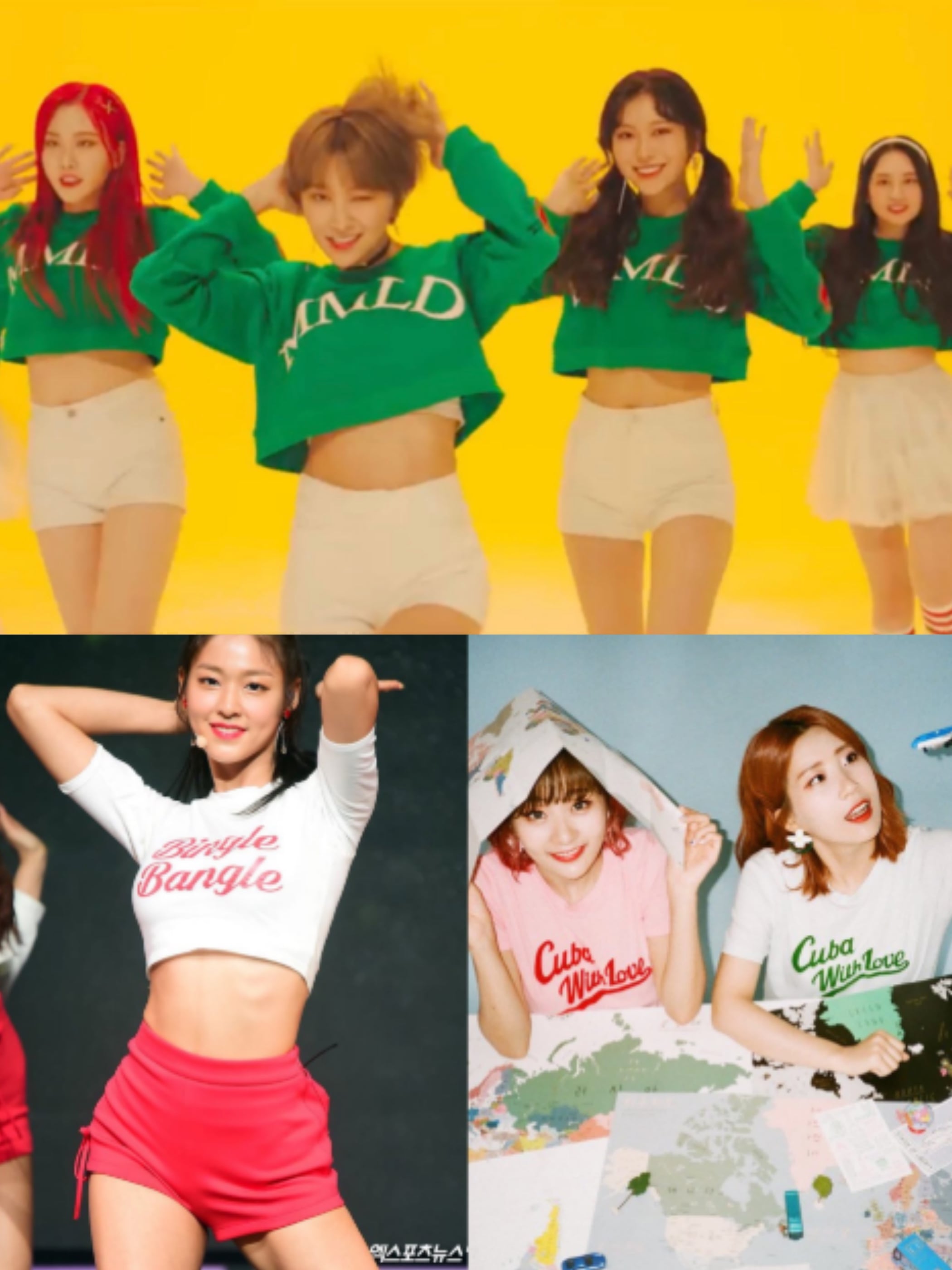 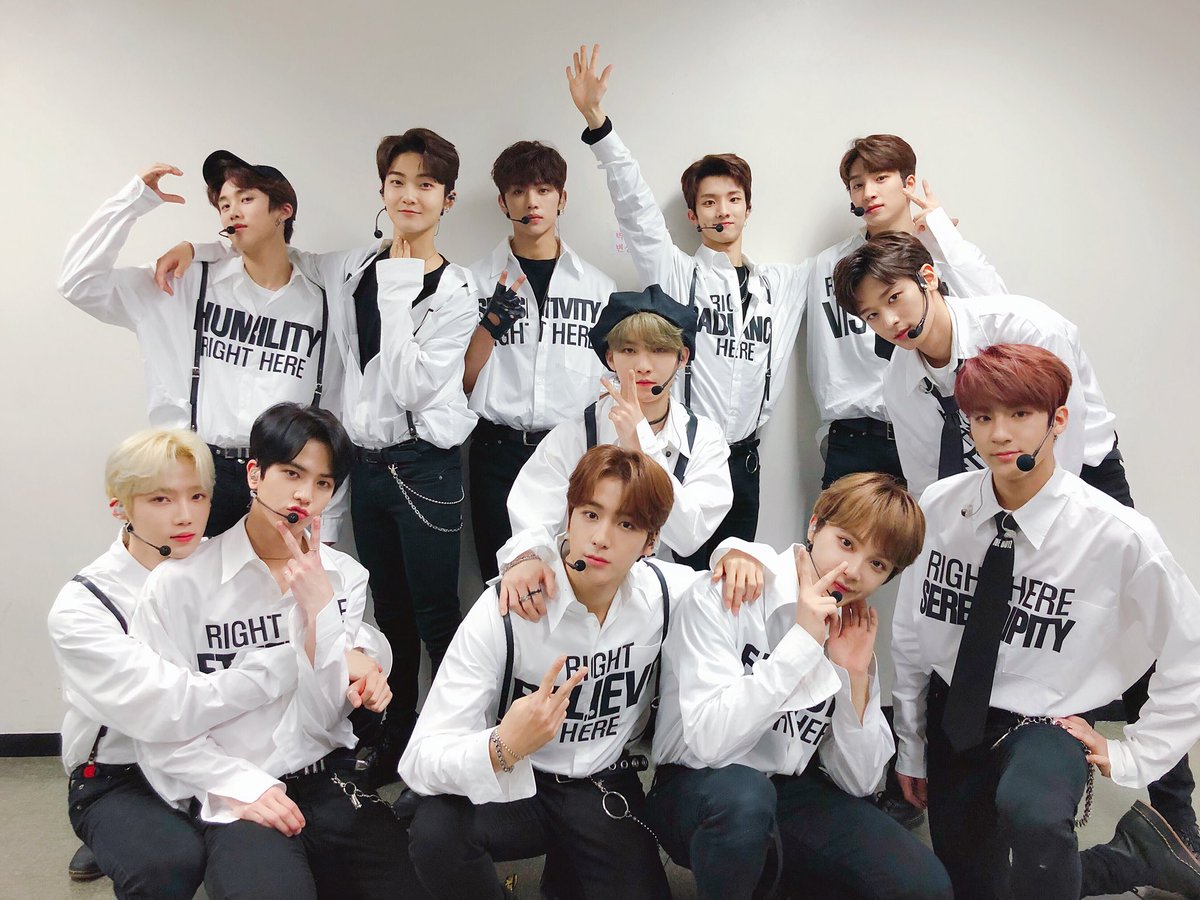 This year we’ve seen dynamic duos that were perfectly in sync in their exceptional dance choreography as well as in style. The styling for NCT U’s Taeyoung and Ten and TVXQ’s Yunho and Changmin were so subtly different and similar that it made them blend while also highlighting each person’s individuality.

Perhaps the hottest color of the year is yellow, which transcended its usual summer associations and brightened Fall and Winter outfits. This color is hard to miss and it gave an exciting kind of energy on the overall looks of Red Velvet, SEVENTEEN, and iKON. IU also showed her youthful spunk in all yellow for her song, “BBIBBI.” 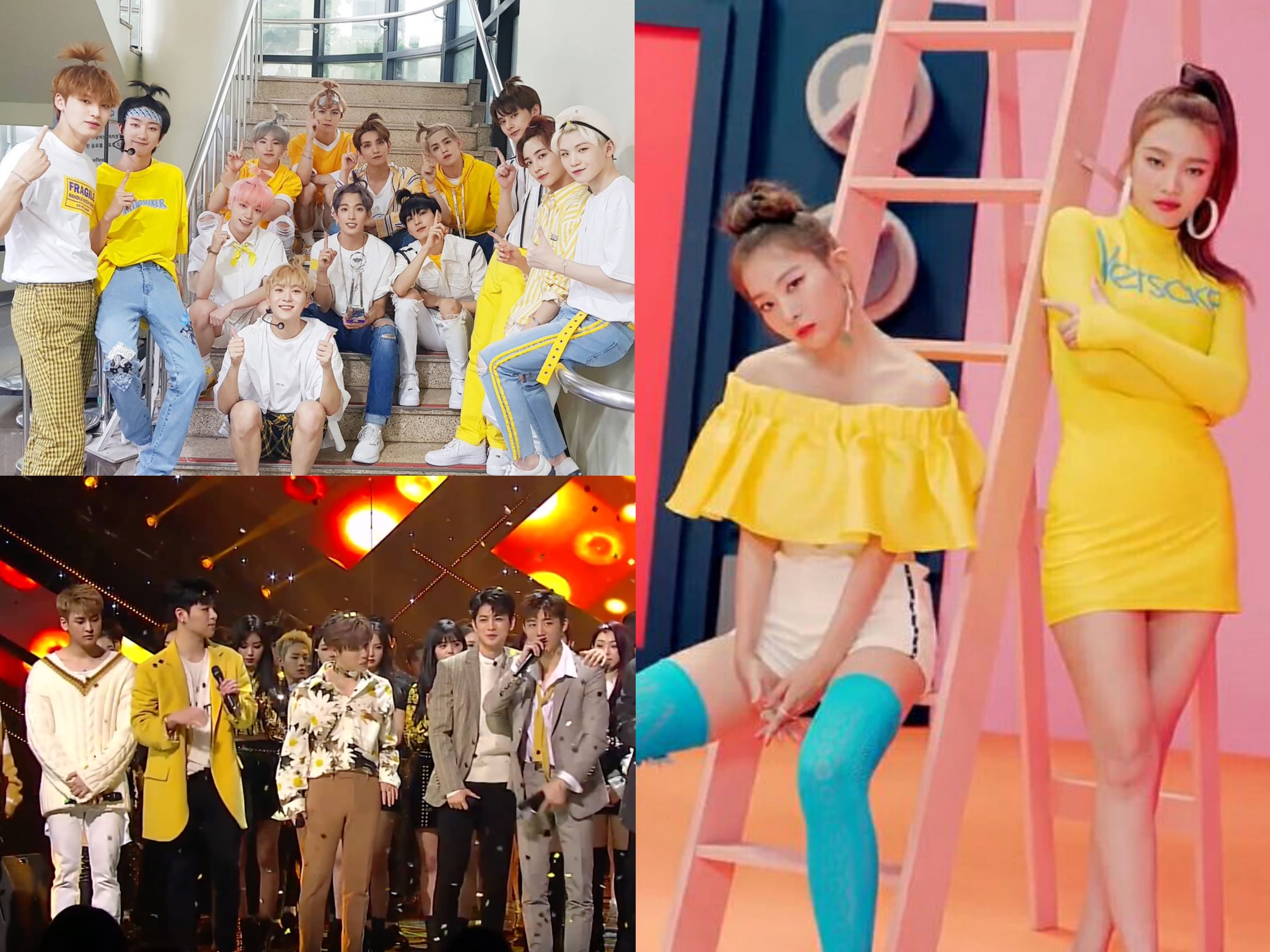 In the later part of this year, neon green became a hot trend, perhaps as an evolution from bright yellow tones. This color is perfect for performance outfits, as it shows a sporty and edgy image. This blinding and glowing hue was seen in gugudan’s “Not That Type,” MAMAMOO’s “Wind flower,” and (G)I-DLE member Jeon Soyeon’s collaboration in the video “Wow Thing.” 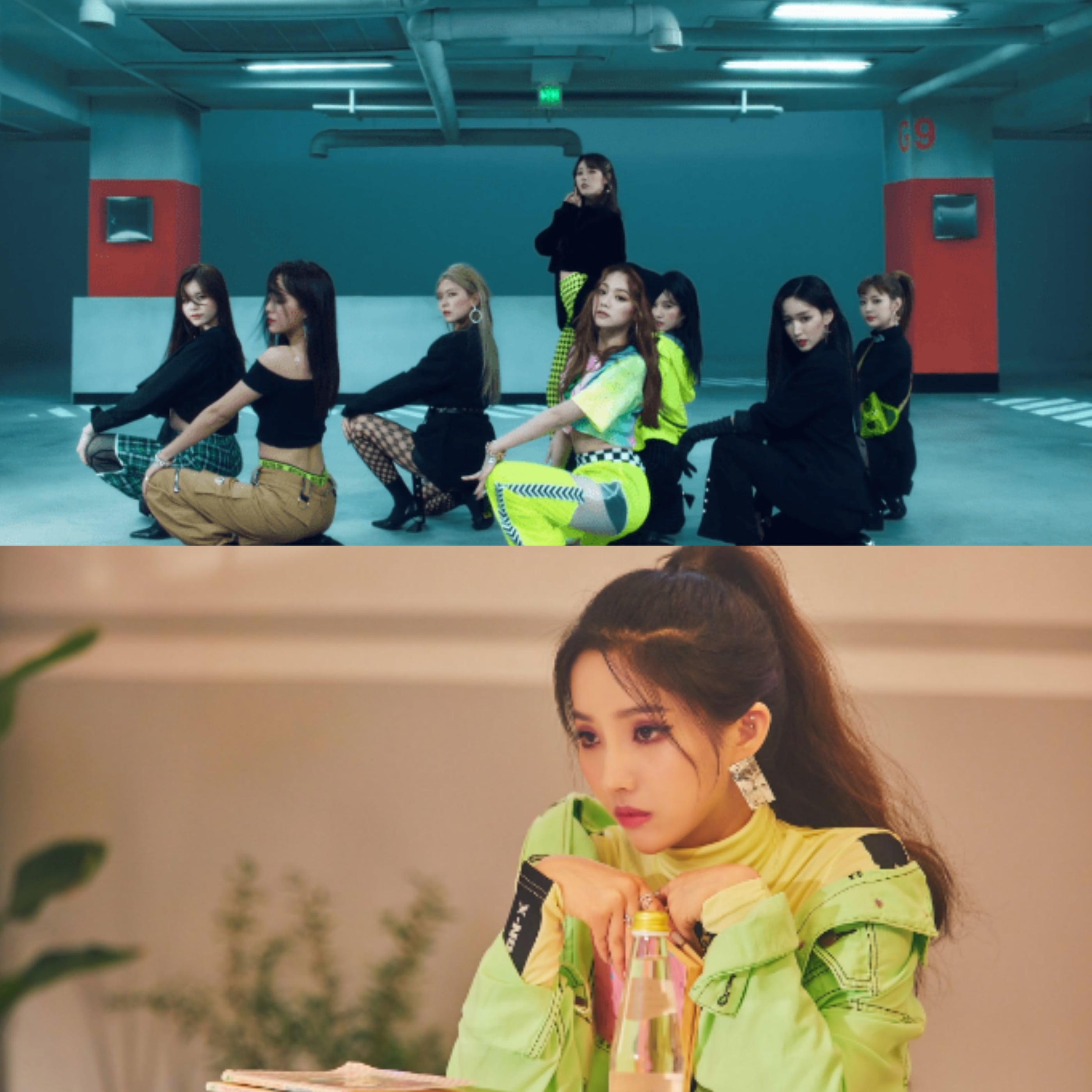 Ultraviolet may have been declared by Pantone as 2018 Color of the Year, but the breakout color that became more popular is lavender. It’s the perfect tone to brighten the season before it turns into dark, muted colors. It also gave millennial pink its much deserved a break. Lilac was the color of choice of boy groups Wanna One, SHINee, and GOT7, which brought out their boyish charms. Meanwhile, light, refreshing colors are pleasing to the eyes and IZ*ONE went all out in pastels for their “La Vie en Rose” jacket cover shoot, highlighting their feminine concept and youthful glow. 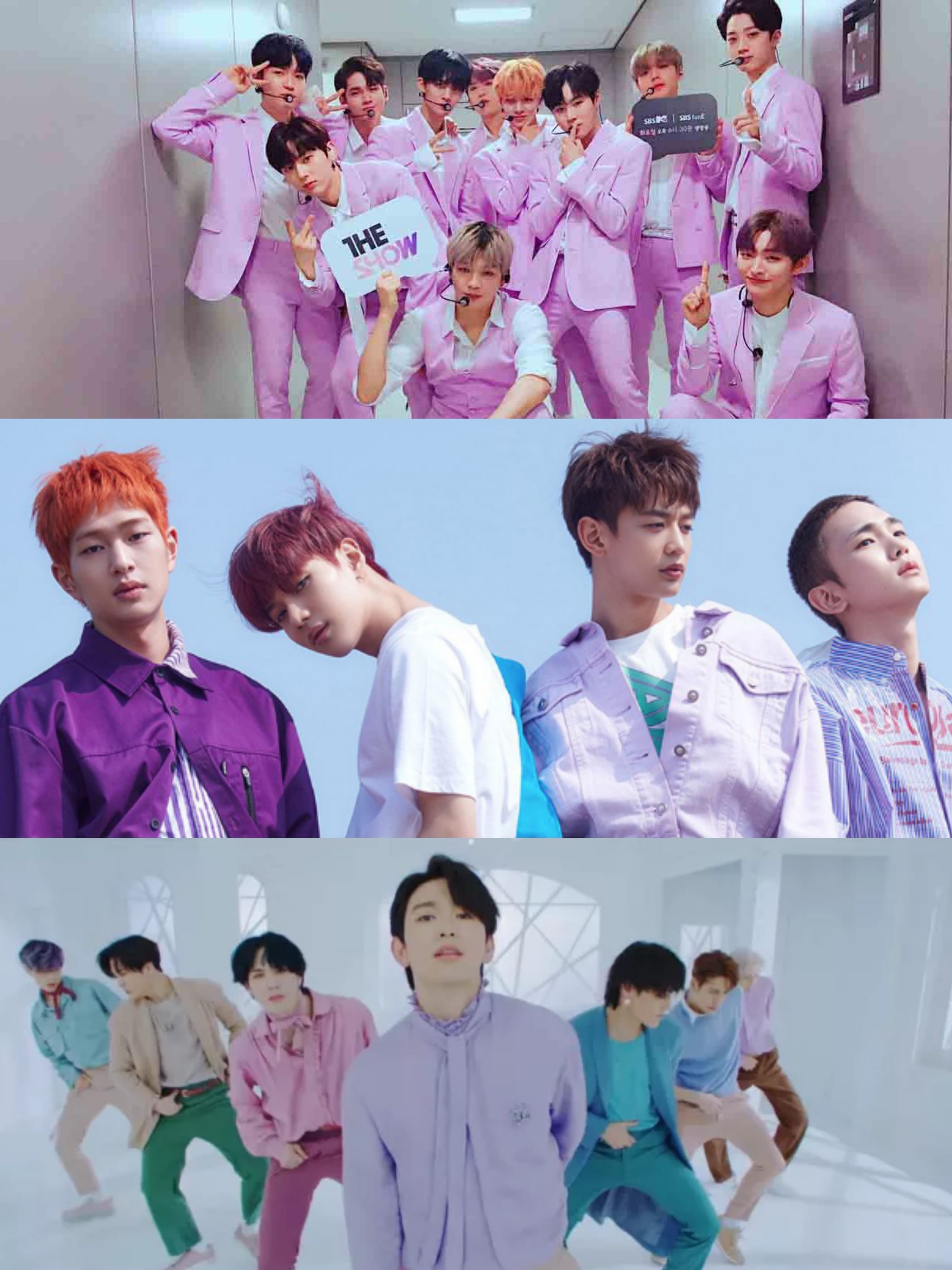 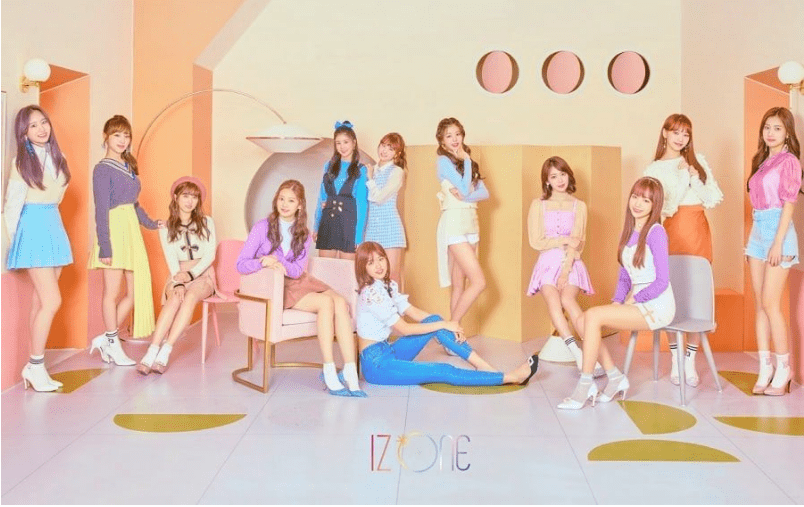 Clashing prints and images in luxurious gold, animal-inspired patterns, and blacks blew up on Sunmi, EXID, and CLC’s performance outfits, giving their looks a hint of vintage. 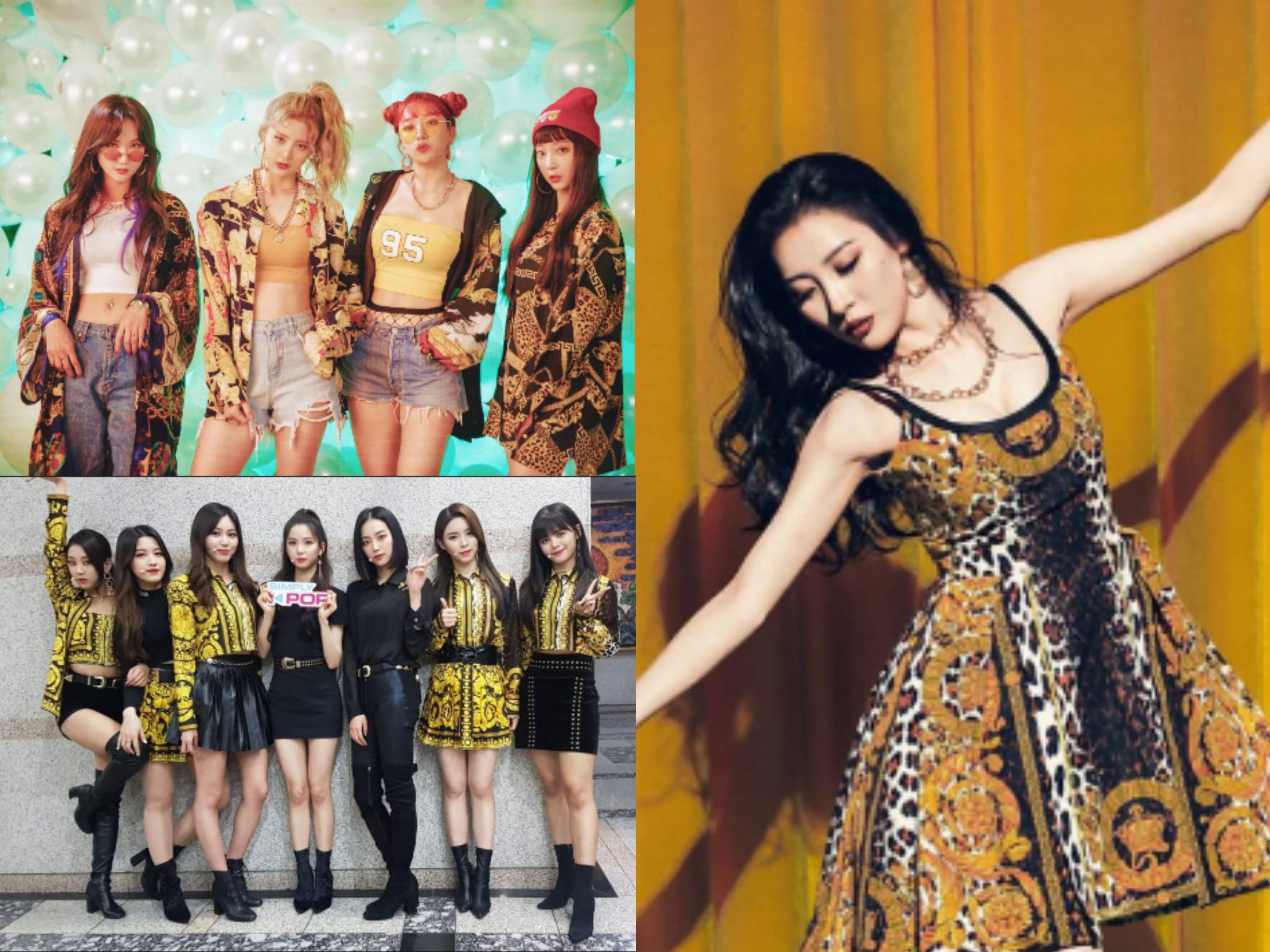 A patchwork of prints and mix of textures gave a boho vibe to MAMAMOO’s “Egotistic” styles and an interesting, mysterious look for (G)I-DLE’s promotions for “Hann.” The blending, contrast of colors and movement of their outfits gave their dance choreography an extra kick and excitement on stage. 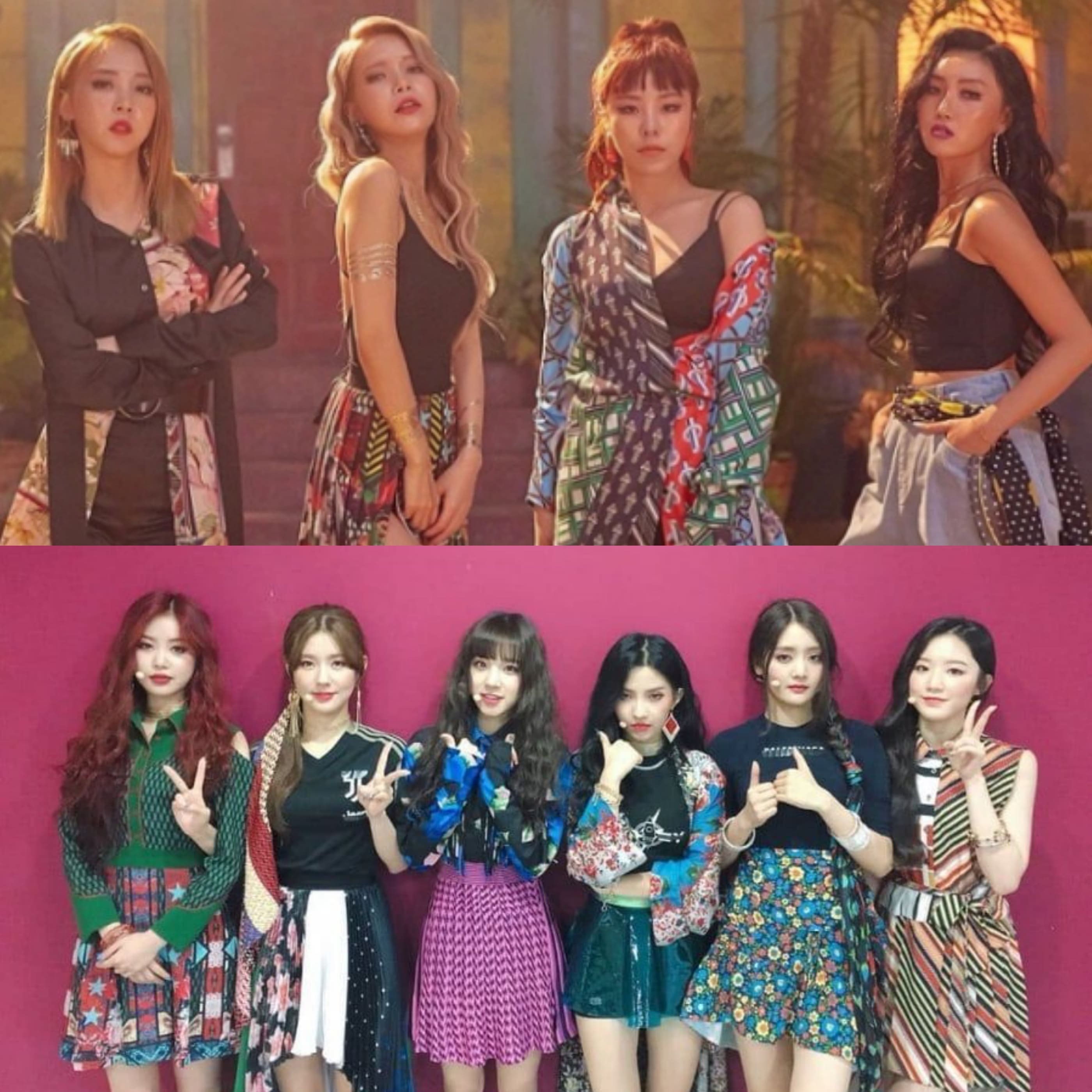 Gone (for now) are the sleek, classic tailored suits and multi-colored, patterned, and over-the-top looks are in. This style gave BTS’s and Super Junior’s stages a dramatic look and an even more maximum impact. The creative prints make an overall whimsical and artsy effect, yet what makes this trend fascinating is that it still looks cohesive when worn as a group. 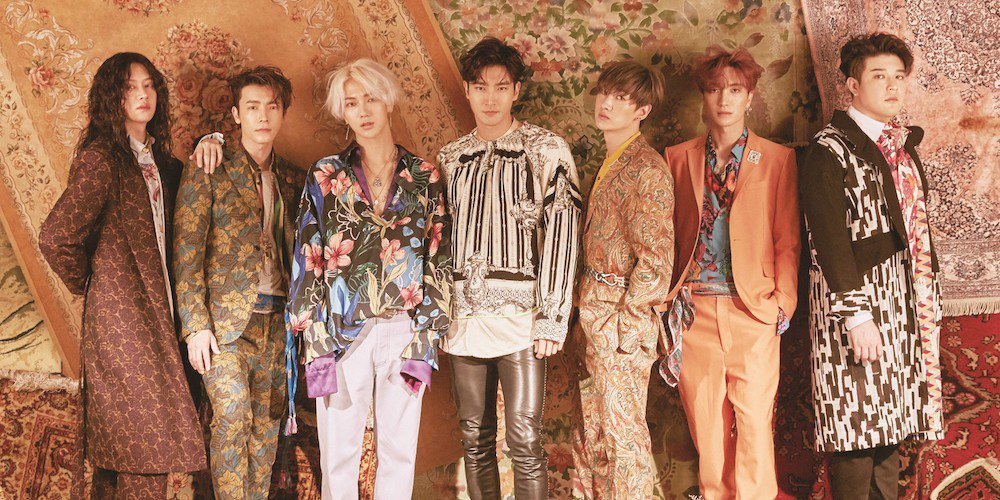 Plaid was a huge trend all year and even before that, but we’ve seen a lot of its mutations in preppy or and even edgy, sporty styles from NCT Dream, Weki Meki, Seulgi, and TWICE. In PENTAGON’s megahit “Shine,” the group wore the new school boy uniform when they added cardigan knits and stripes plus a delinquent attitude to their looks. Gray and brown check suits are also ubiquitous in many magazine photo shoots and off-duty looks as seen from Sunmi, Jinyoung, Krystal, Doyeon, and Dara. 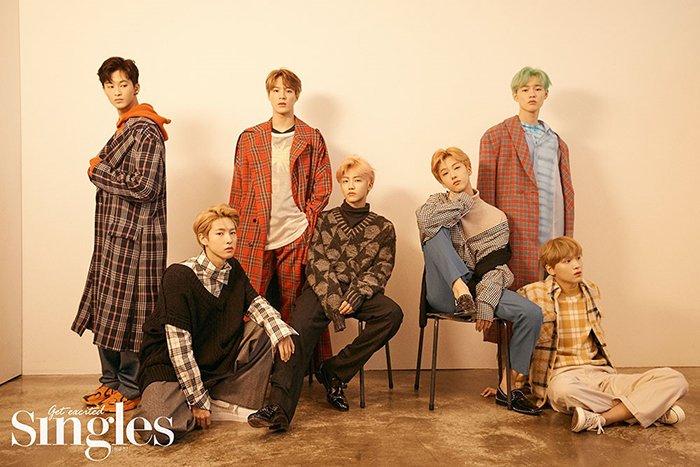 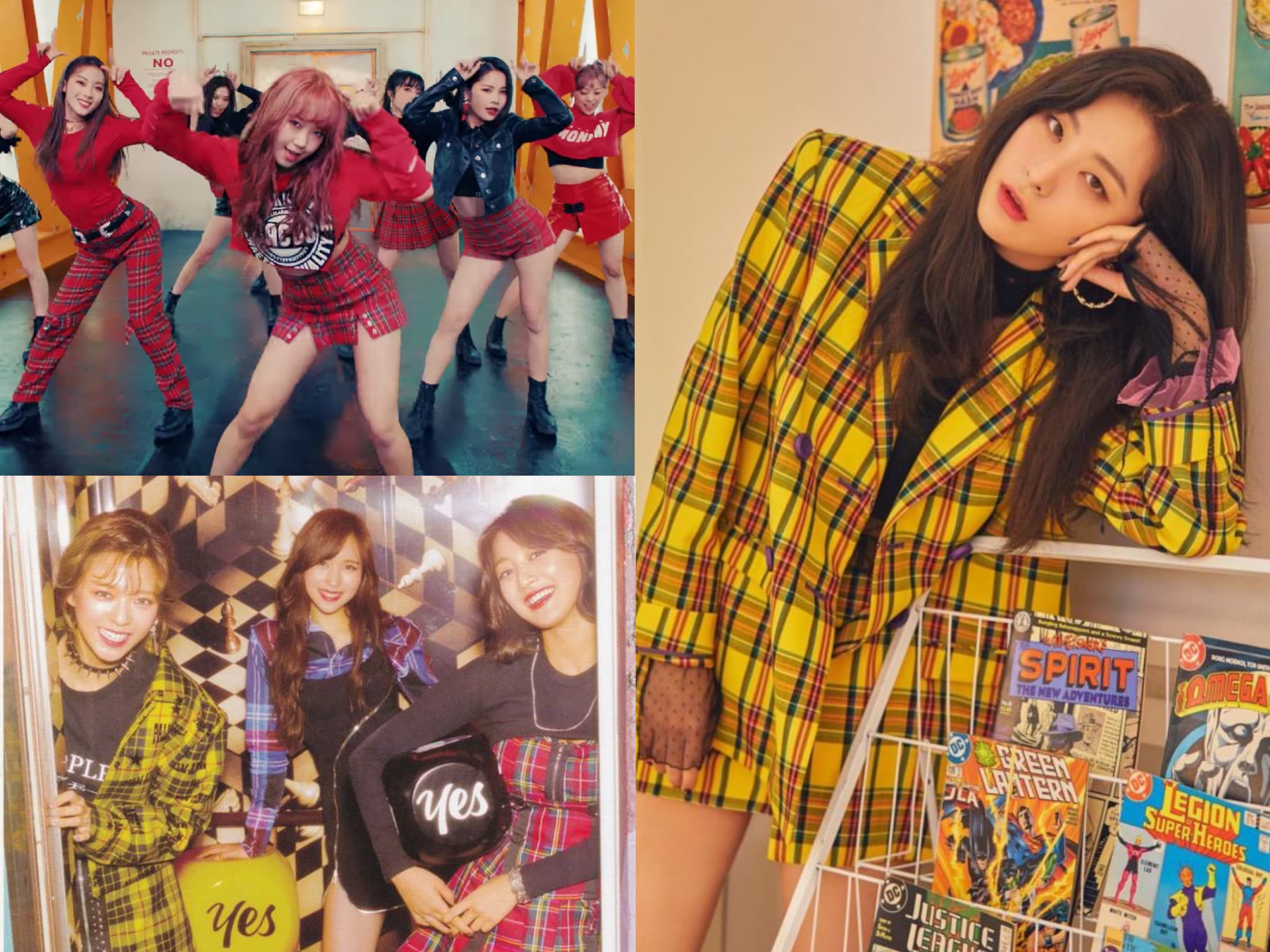 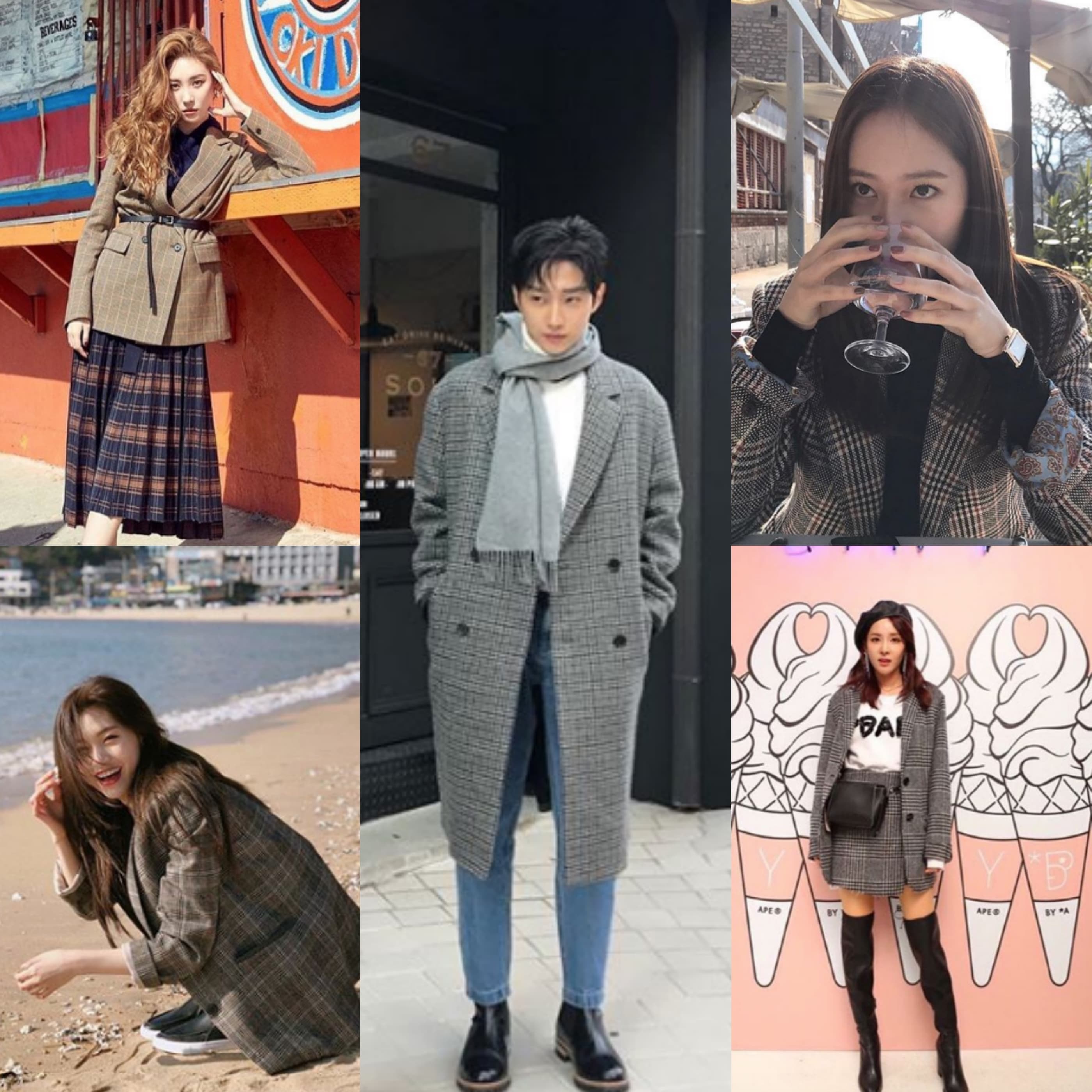 Is it shorts or pants? Or a little bit of both? This hybrid was huge this year because of its unique cut, and only Seulgi, Chungha, Jennie, and Lisa could have pulled it off perfectly. 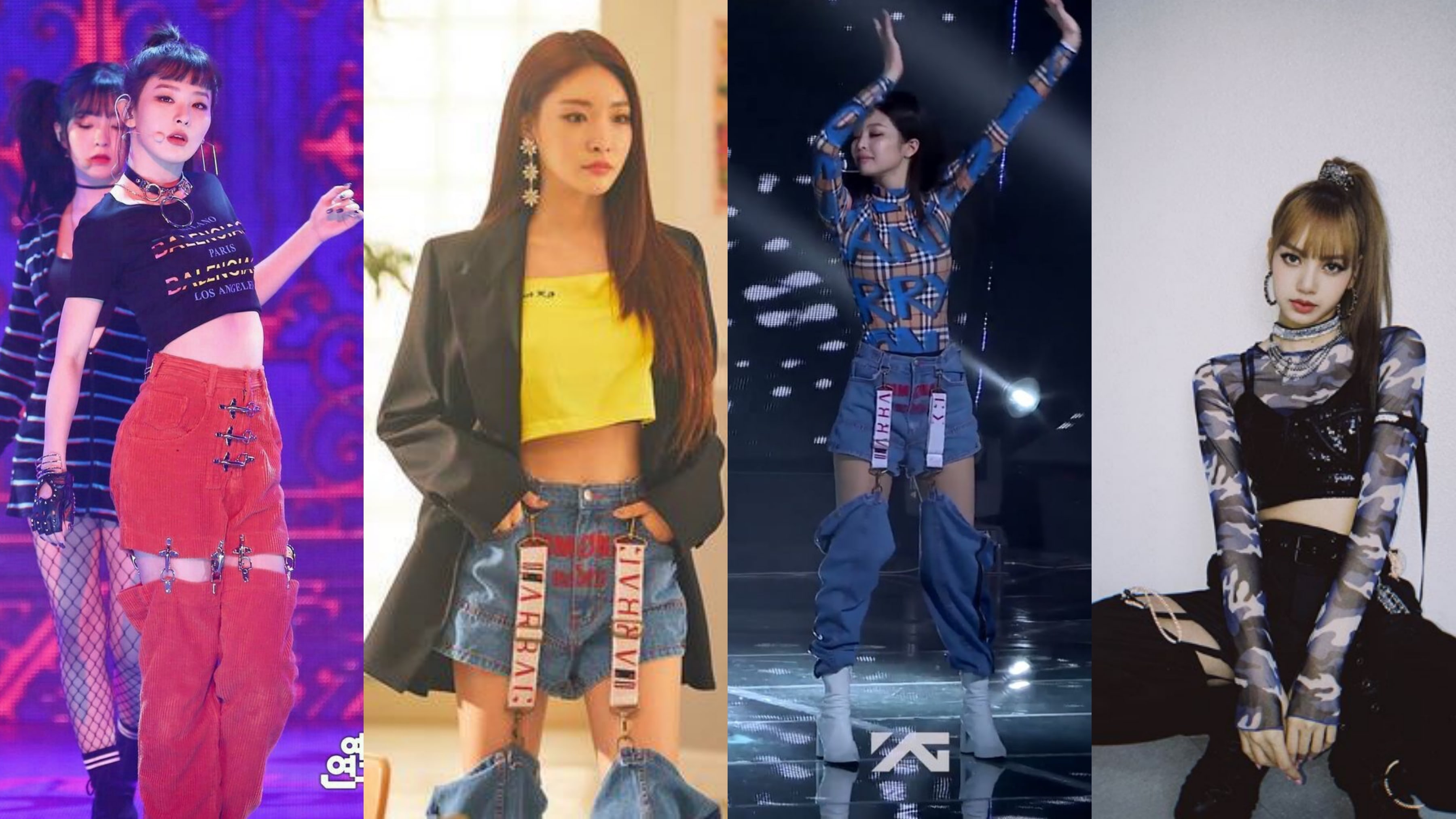 Also called the “dad sneakers,” this chunky pair is now considered cool. In fact, all the “it girls” are seen wearing it with all kinds of looks, whether dresses or casual street styles. HyunA is a huge fan of this trend as she can be seen posting photos of her collection on Instagram, as well as wearing it everywhere she goes. Some people may consider it ugly because of its flashy, curvy lines, neons, and oversized design, but if there’s a reason why it’s a hit, it’s because it takes guts and confidence to make it work. 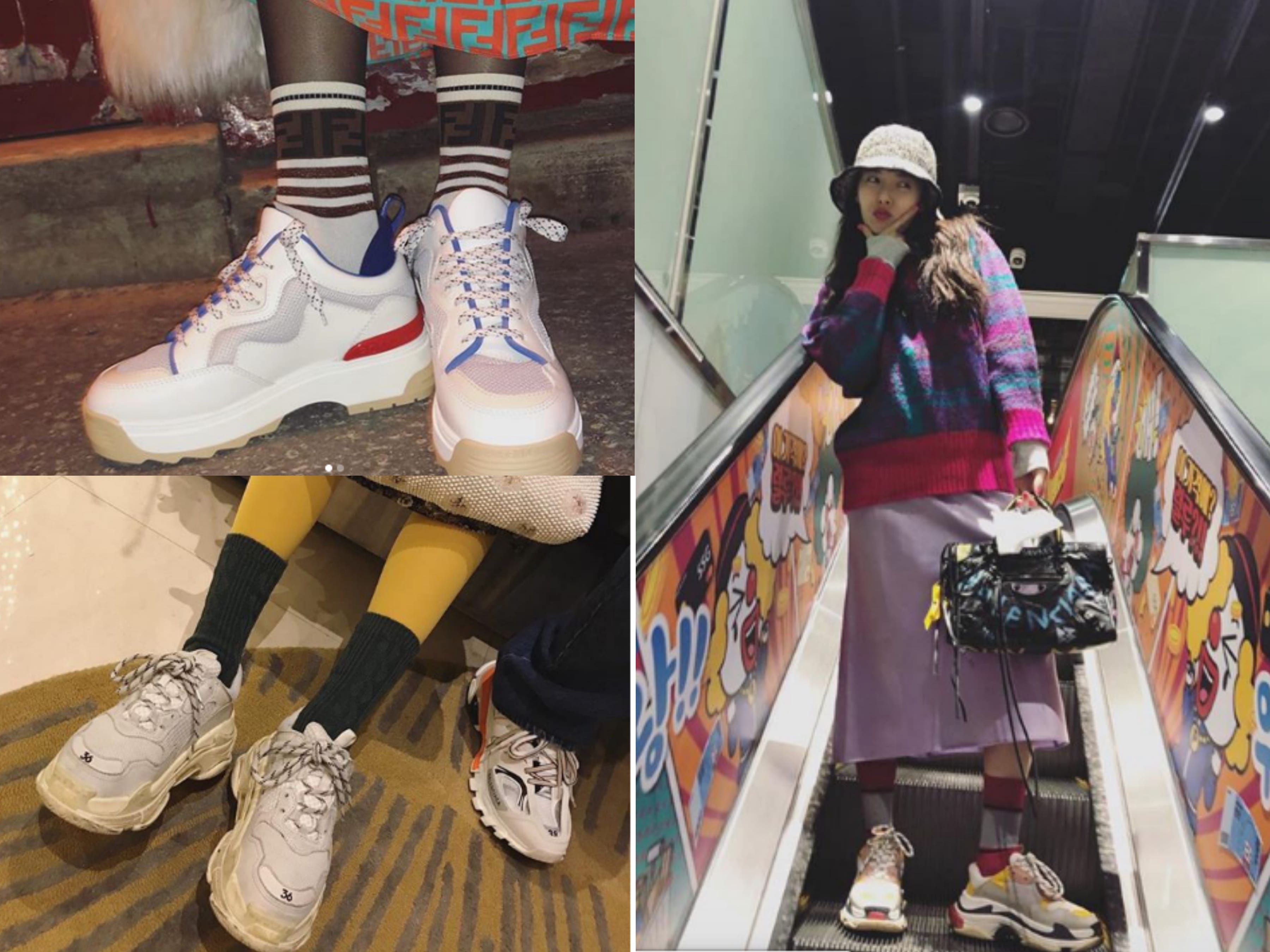 Unlike the dad sneakers that make anything look sporty, thigh high boots make every outfit look incredibly chic, just like how it elevated Tiffany’s white outfit. And who could forget Lisa’s biggest boot moment in “DDU-DU DDU-DU”? 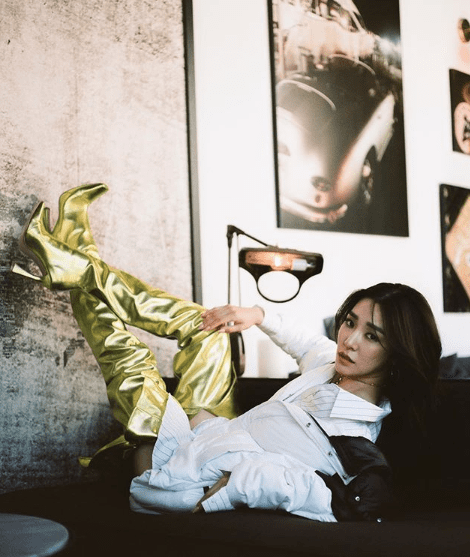 Statement earrings were literally big in summer and pre-fall, as seen from Yuri’s alluring “Into You” look, Red Velvet’s peppy “Power Up” track, and TWICE’s summer hit, “Dance the Night Away.” 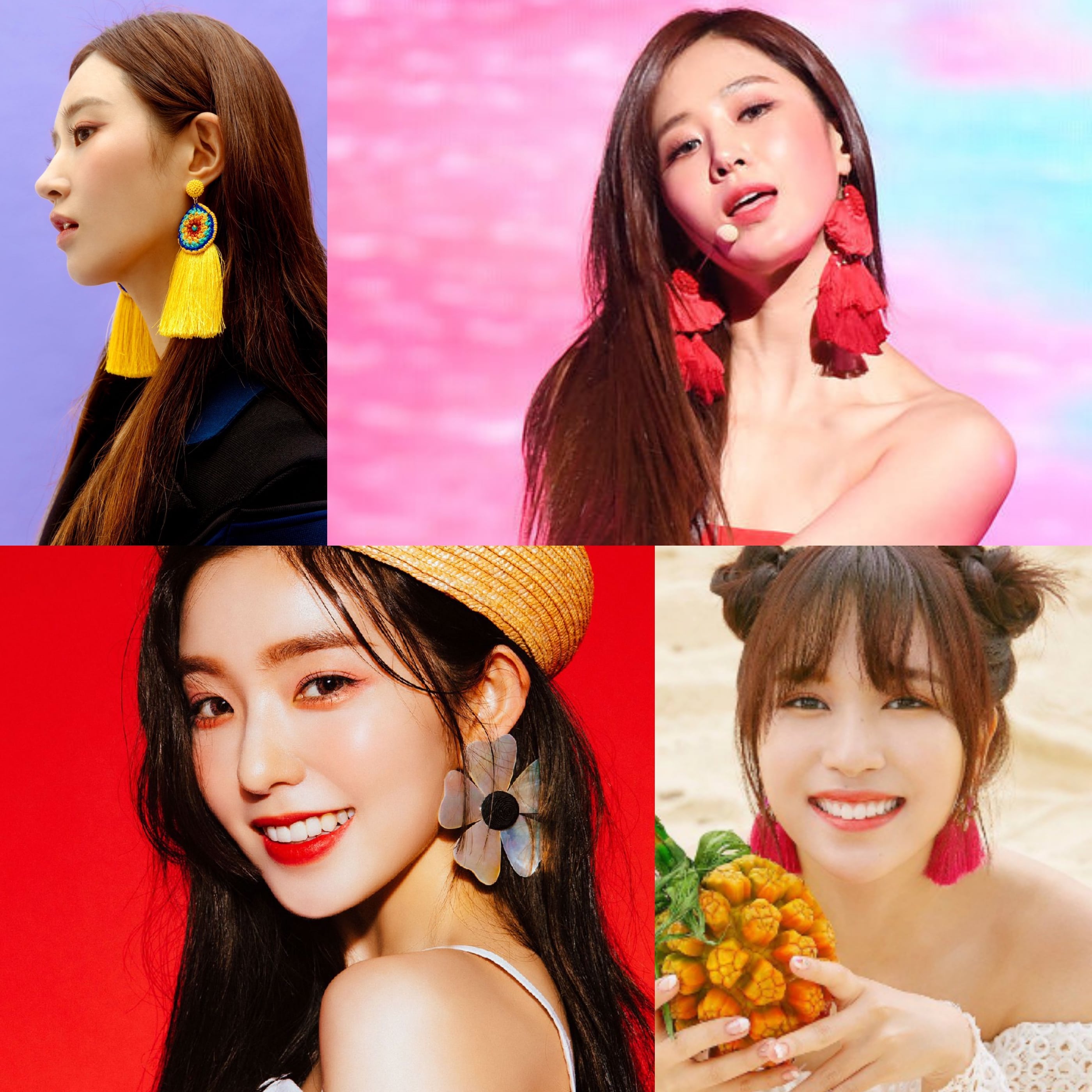 Speaking of summer, it wouldn’t be complete without its queen, Hyolyn, who rocked the one-piece suit in all her sexy, confident, and powerful glory. 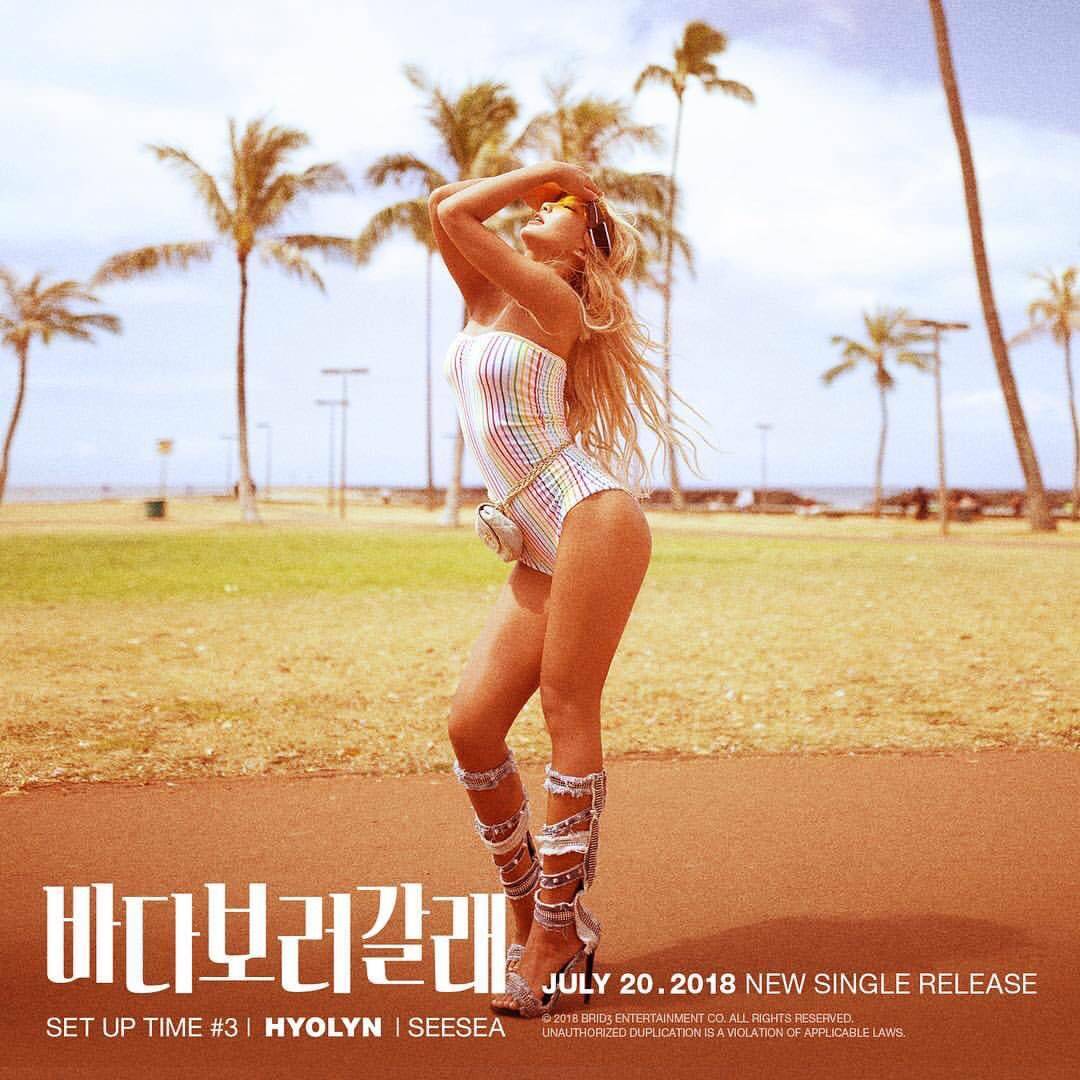 The ultimate bodysuit fit BoA and Lia Kim like a glove — literally. This trend shows off their body line, and makes their movements more emphasized when they dance. 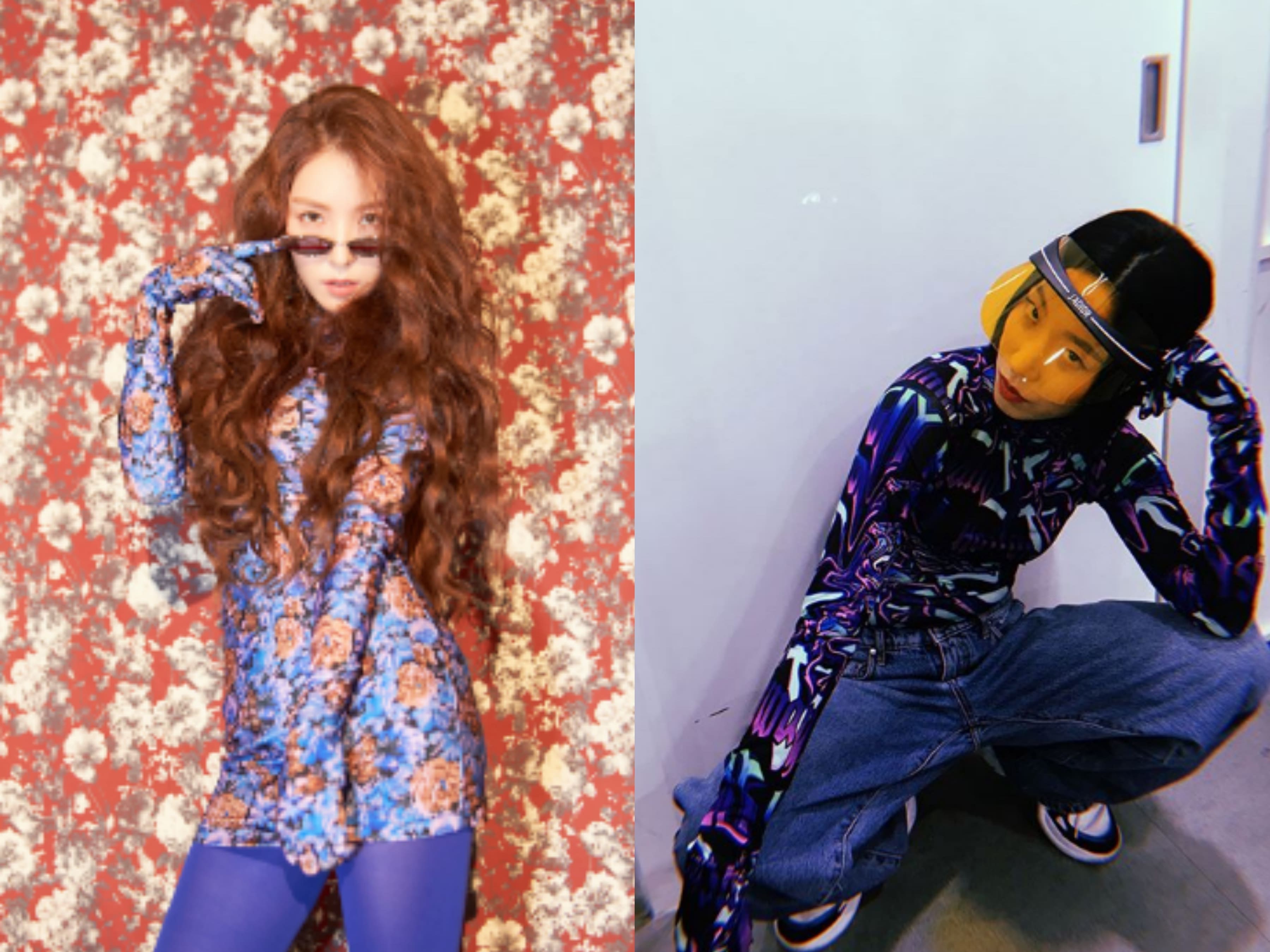 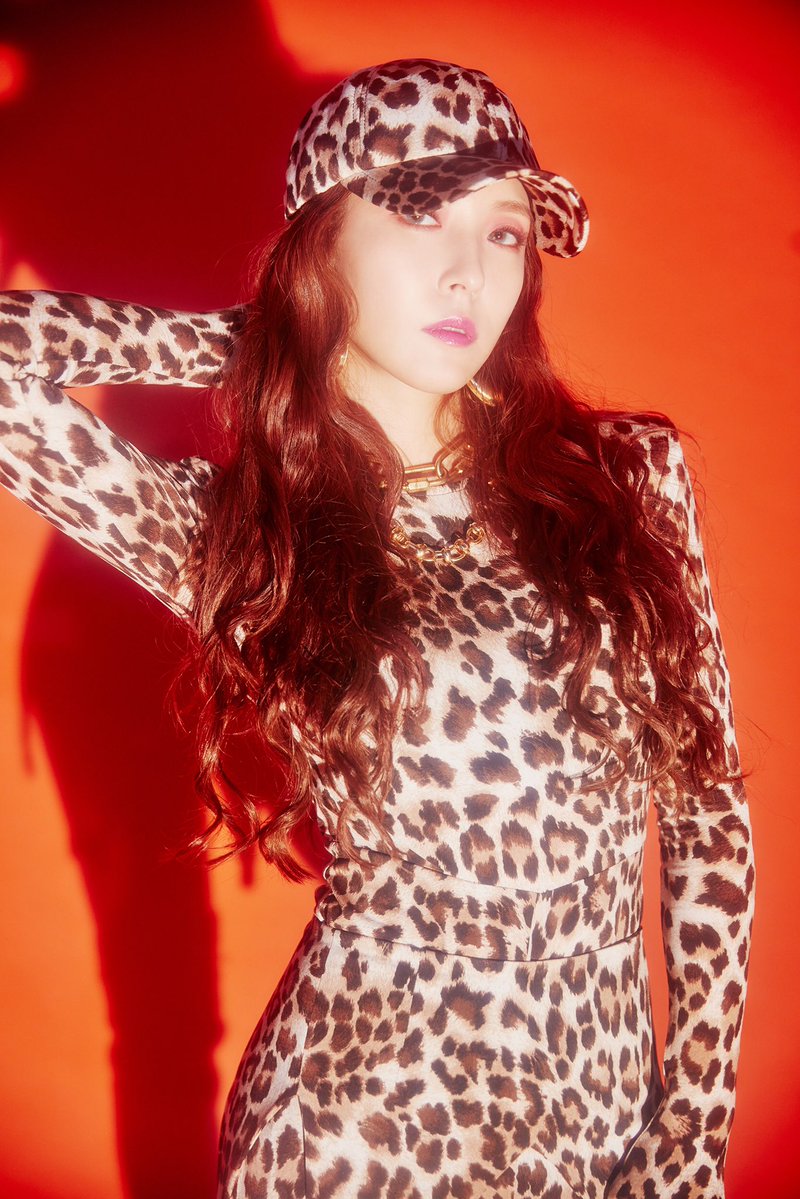 Whenever girl groups go for an edgier concept, black, lace, and sheer details are always the name of the game. Red Velvet amplified their “Bad Boy” looks with fishnet tights, while Oh!GG and TWICE’s Sana perfectly fit the mix of strong and soft vibe of sheer looks. 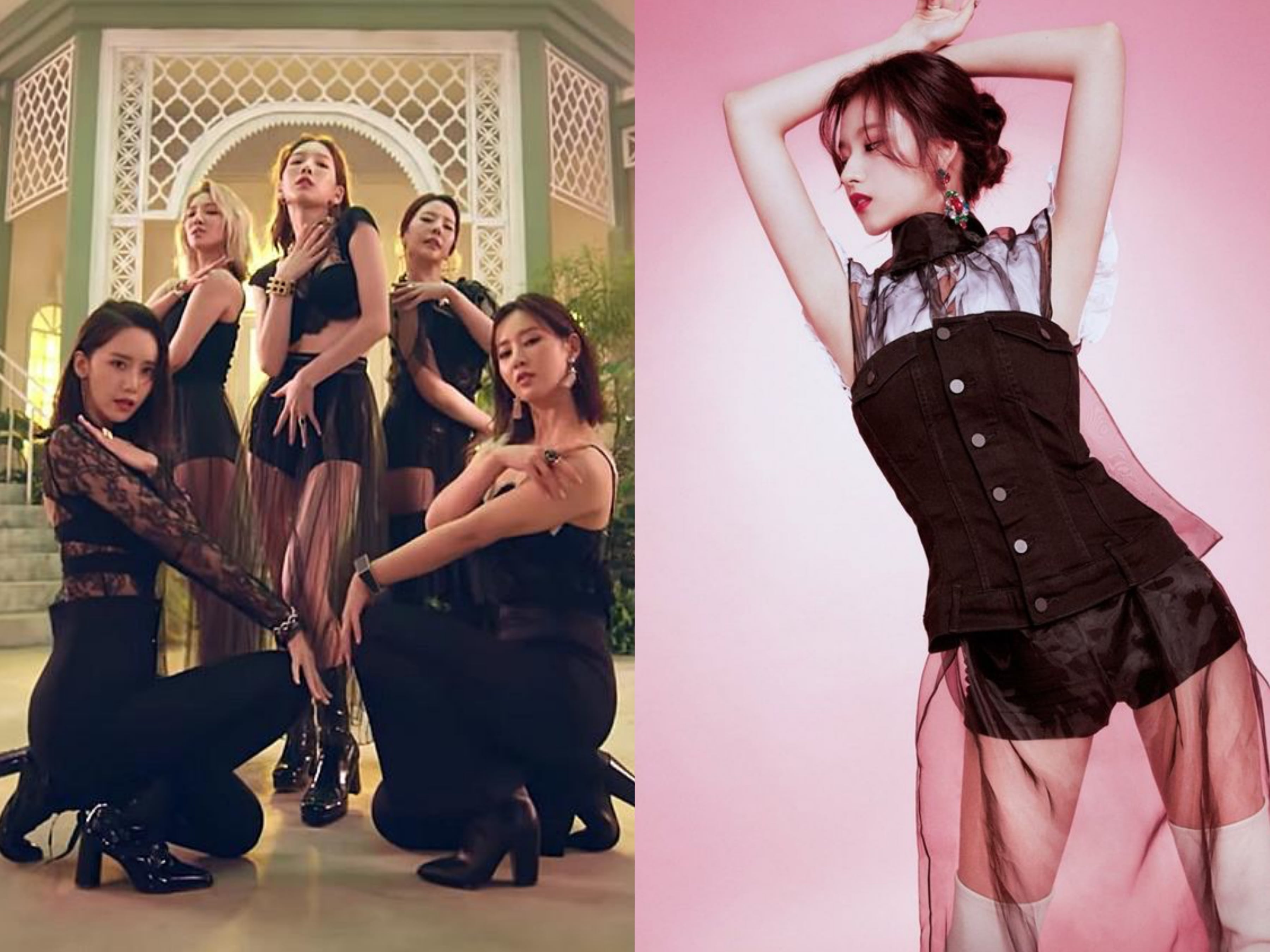 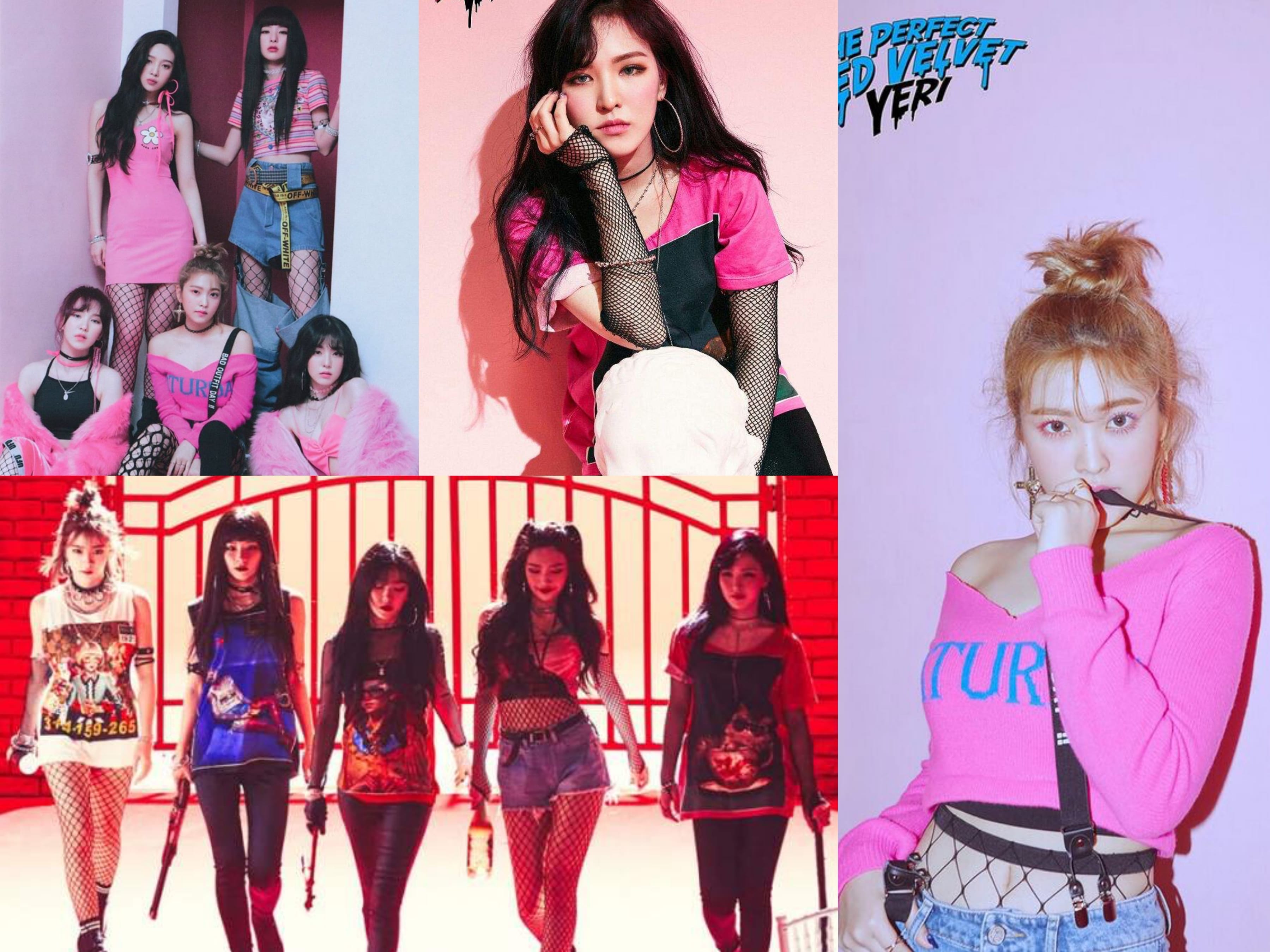 Retro-inspired songs call for disco balls and sequins, and this was the theme for Sunmi’s, BoA’s, and Yubin’s shiny and glam performance outfits. GFRIEND went for a dreamy sparkly look for their “Time for the Moon Night” promotions. BLACKPINK, meanwhile, are always shining on stage and this is enhanced even more with their matching sequined and bejeweled styles. 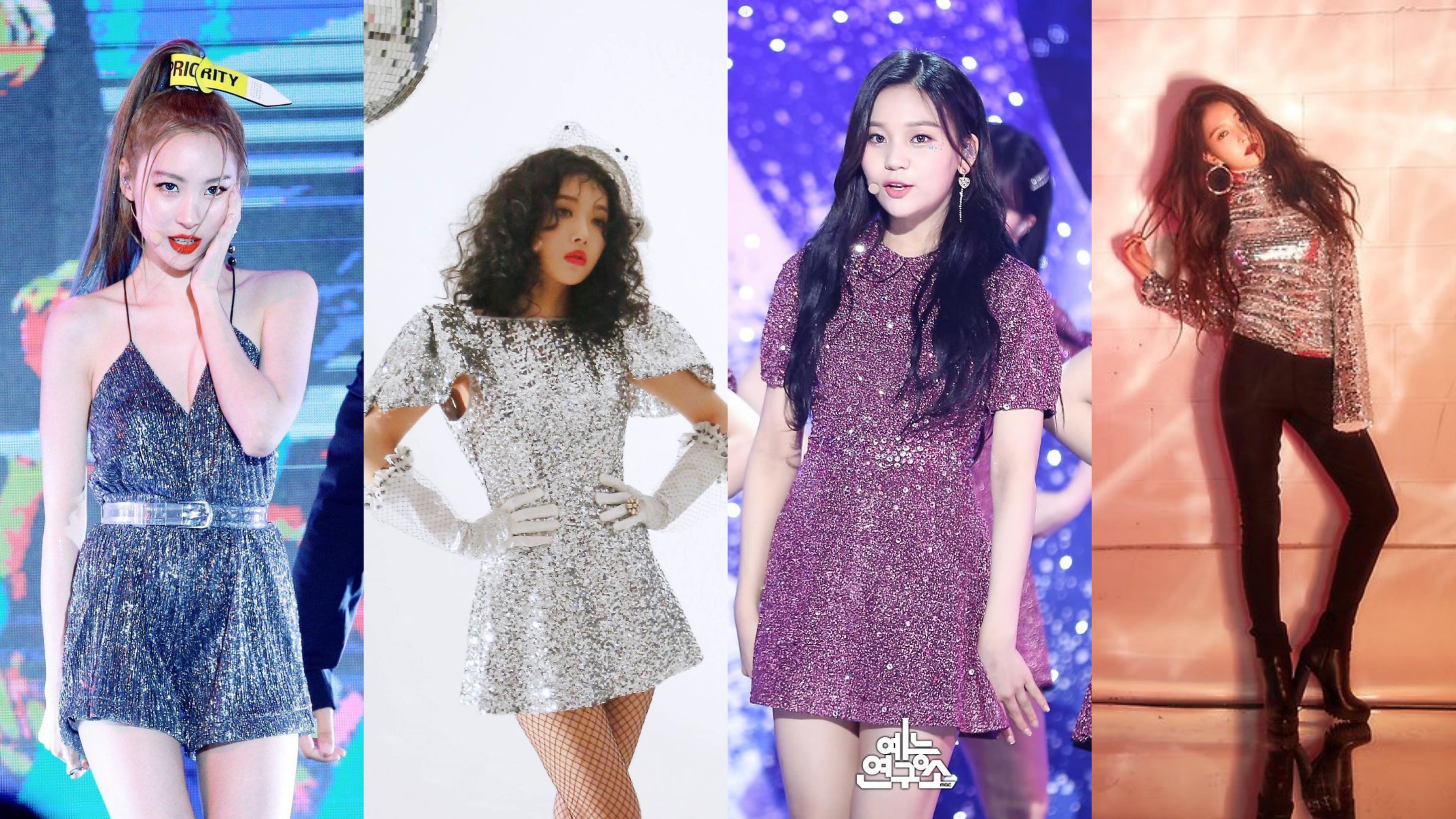 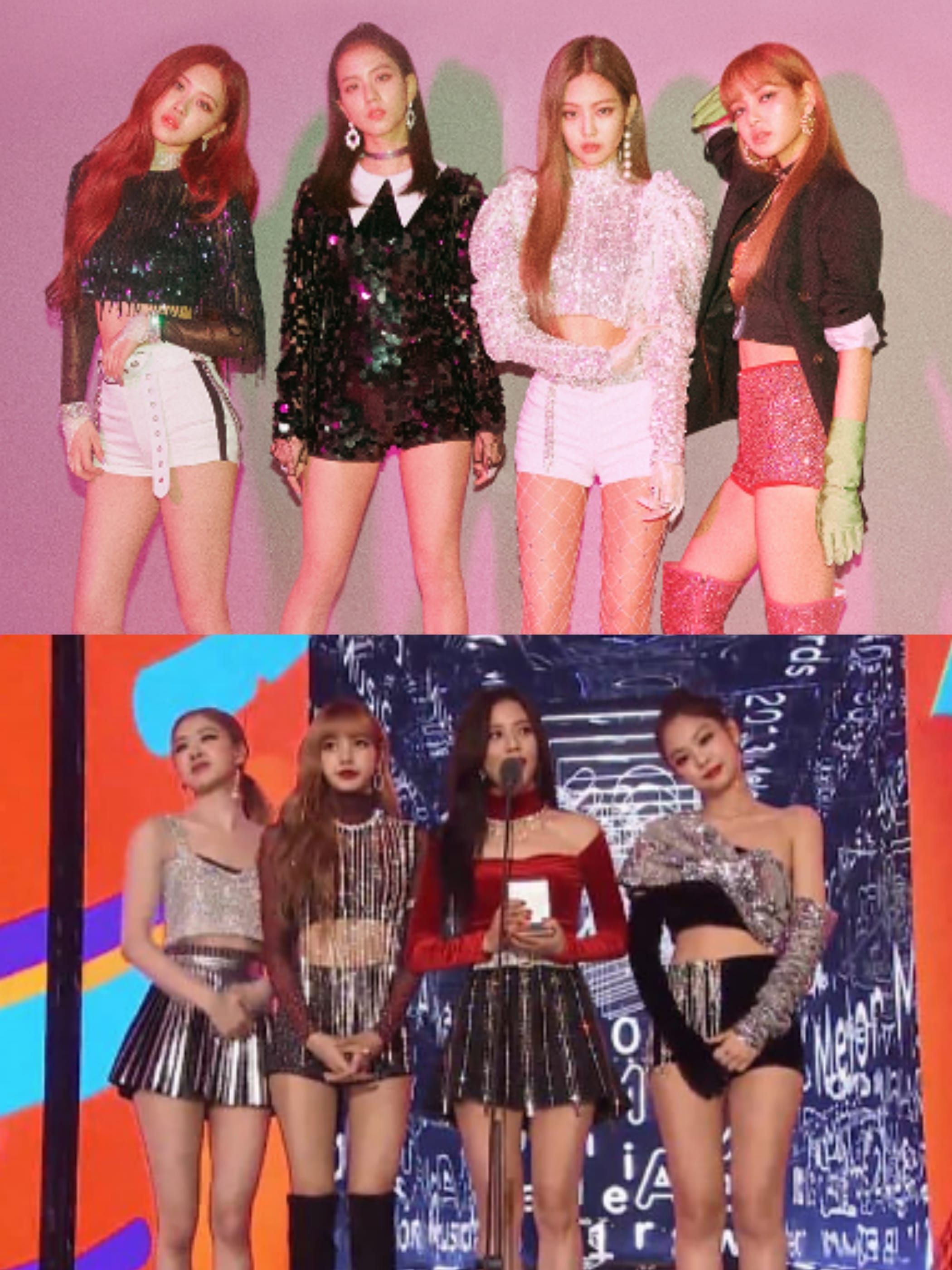 Gucci has always been a well-established and legendary brand, but this year as well as the last, we saw several idols like Sehun, Kai, Jennie, Key, and BTS favoring its signature monogrammed pieces. Many Korean artists have become ambassadors and front row fixtures for the brand because of their ability to make every piece fly off the shelves. It looks like the popularity of Gucci is here to stay, but we’ll stay tuned for the next designer ware to hit the K-pop stars’ radars. 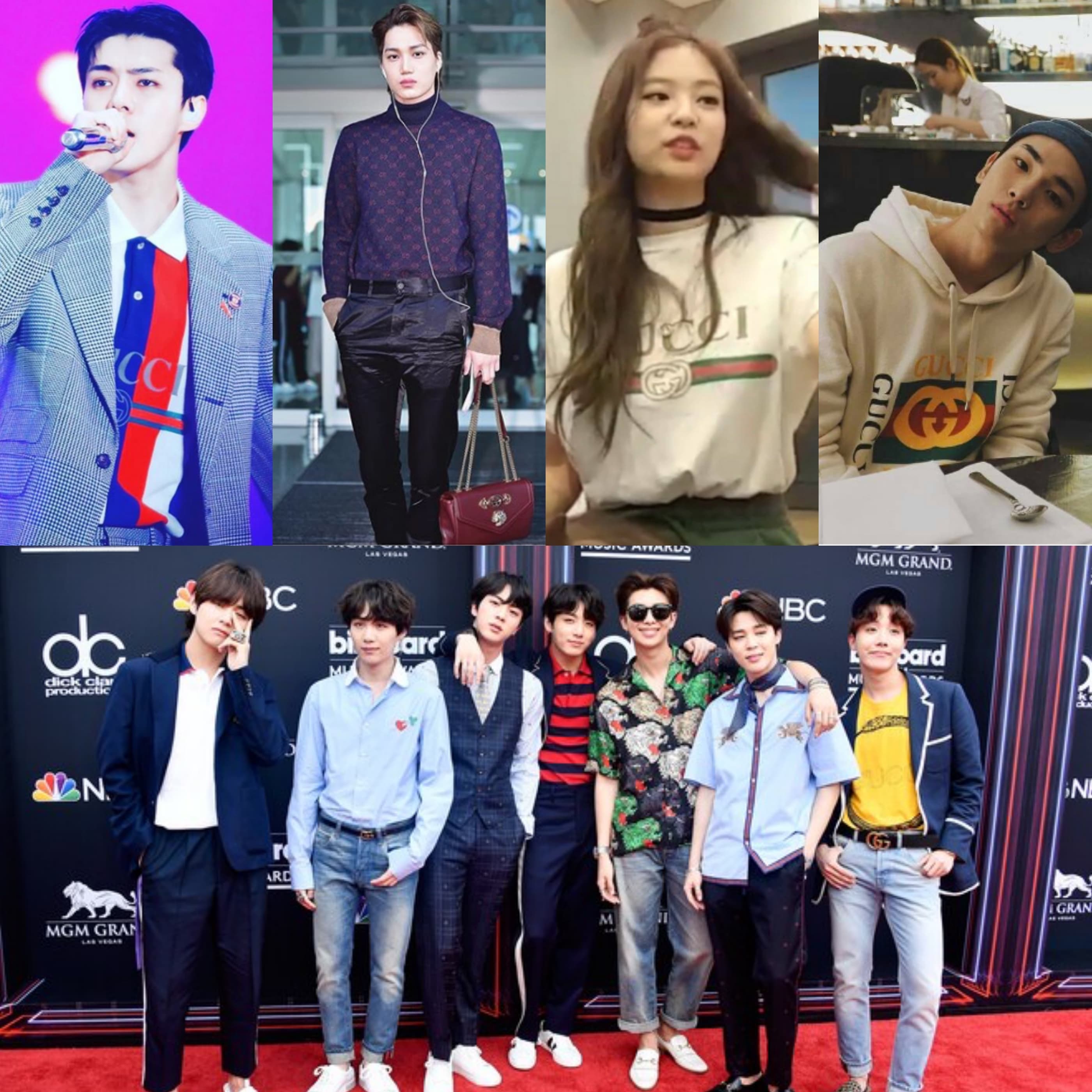 Hey Soompiers! Which one of these trends is your favorite for this year? Let us know in the comments below!