On the show, Kim Hee Chul, one of the MCs, mentioned that Kim Jin Woo had revealed Kang Seung Yoon’s secret that he wears a hairpiece because he doesn’t have a lot of hair.

Kang Seung Yoon, surprised, said, “He said this? This is really a secret, something that only people close to me know. I have one on now. But saying that it’s because I don’t have a lot of hair is an exaggeration.”

Kim Jin Woo said, “Kang Seung Yoon has a wide forehead. Not a lot, but kind of a lot.”

Kang Seung Yoon asked for a chance to explain, saying, “It’s not that I have hair loss. It’s not hair loss. I wear [hairpieces] to add volume to my hair because it flattens easily with time.” 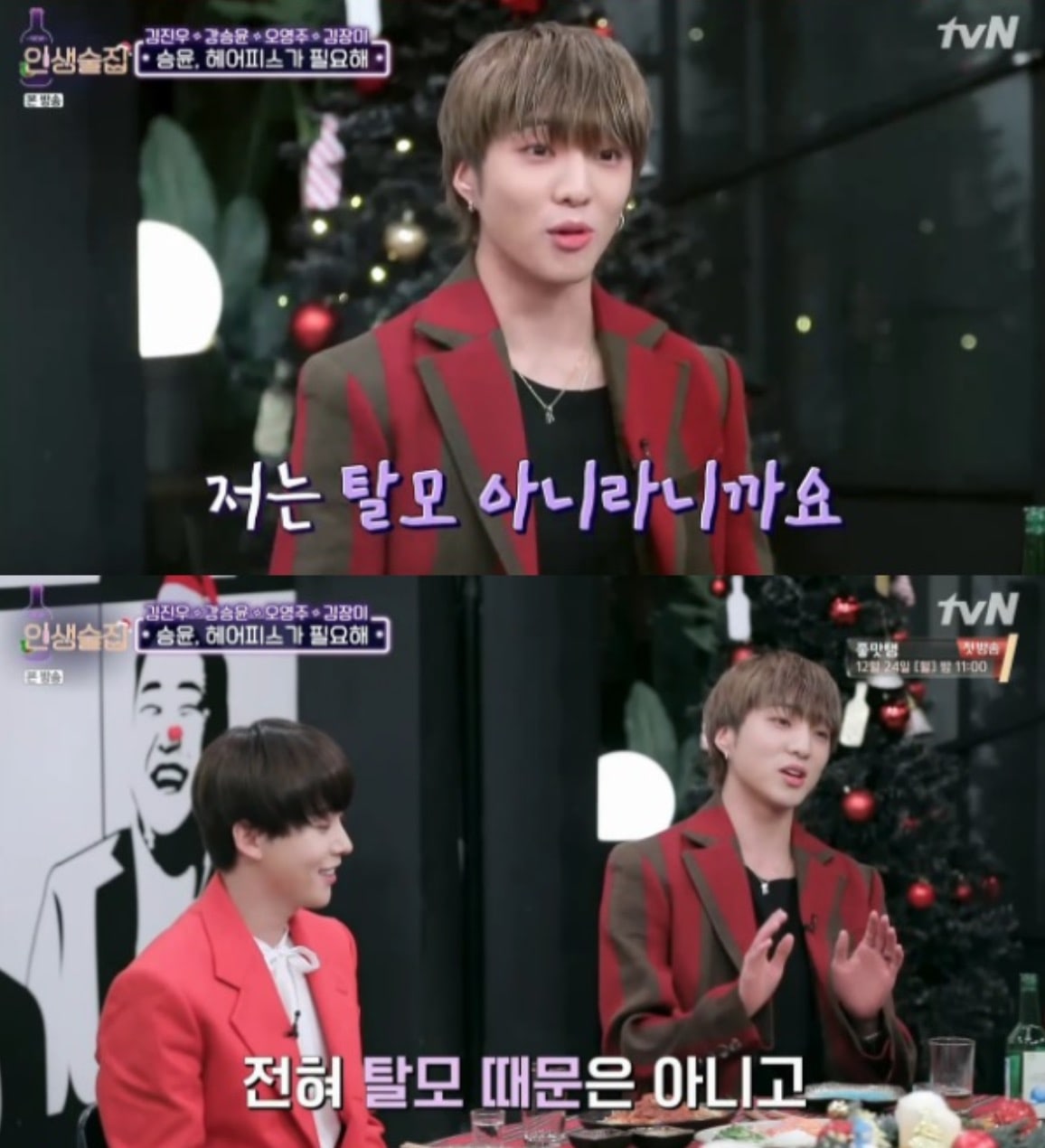 “You have to be sharp in this line of work,” said Kim Jin Woo.

Telling a story about the older WINNER member, Kang Seung Yoon said, “One day, his stage outfit was so nice, so I complimented him. He just said, ‘Hey. Keep that kind of talk to yourself.’ Turns out he didn’t like the outfit.” 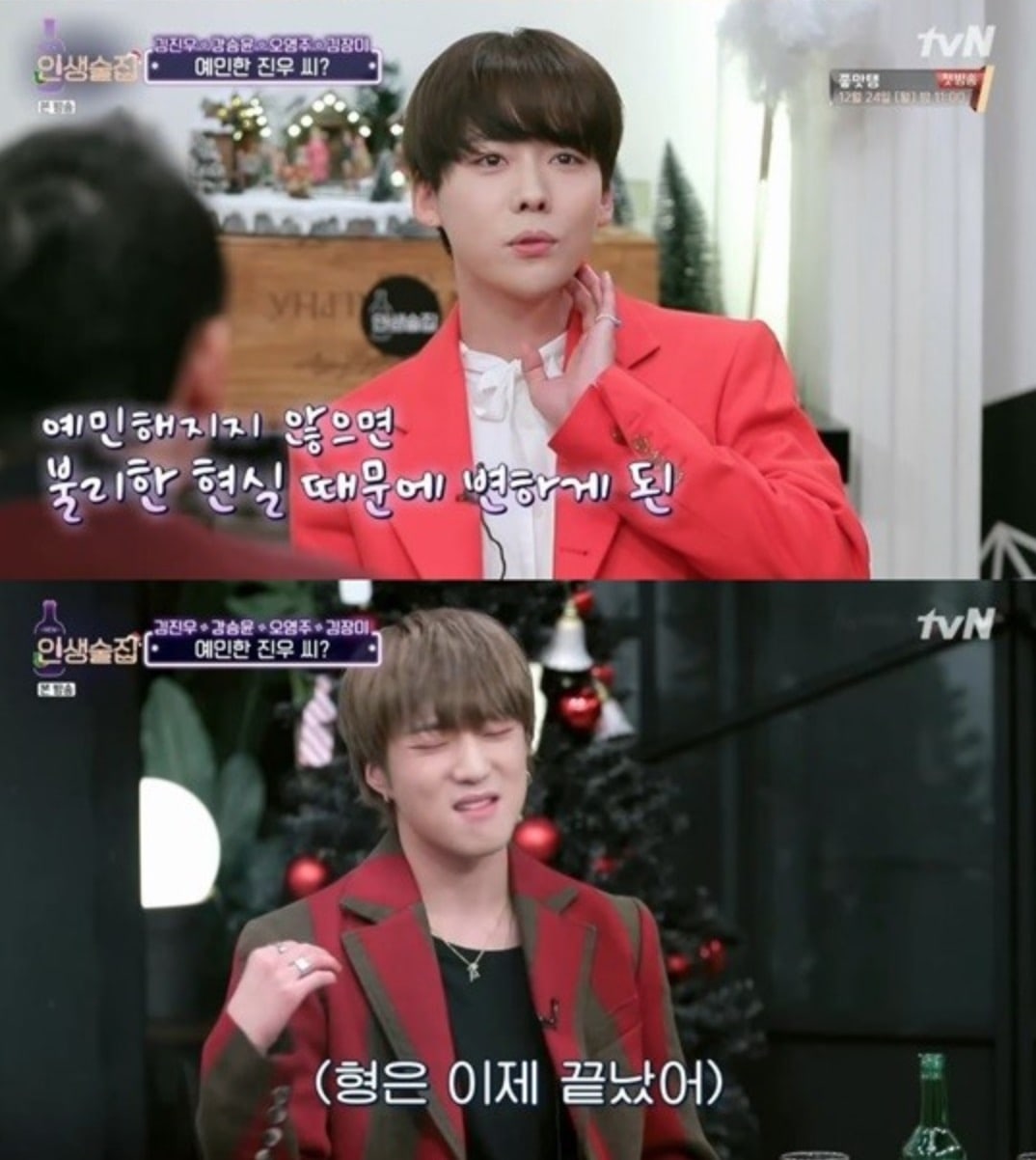