On December 22, the broadcast network held the star-studded 2018 KBS Entertainment Awards, its annual celebration of its greatest achievements in variety programming and entertainment.

The longtime “Hello Counselor” MC burst into tears as she gave her acceptance speech, humbly remarking, “Although I’m the one receiving this award, I don’t think that I’m receiving it because of my merit [alone]. I’m grateful to the staff who have always worked hard and done their best.”

She continued, “‘Hello Counselor’ is now eight years old. Thank you to the guests who trust us and send in their concerns, who share the stories deep inside their heart with us, even though it might be embarrassing at times.” 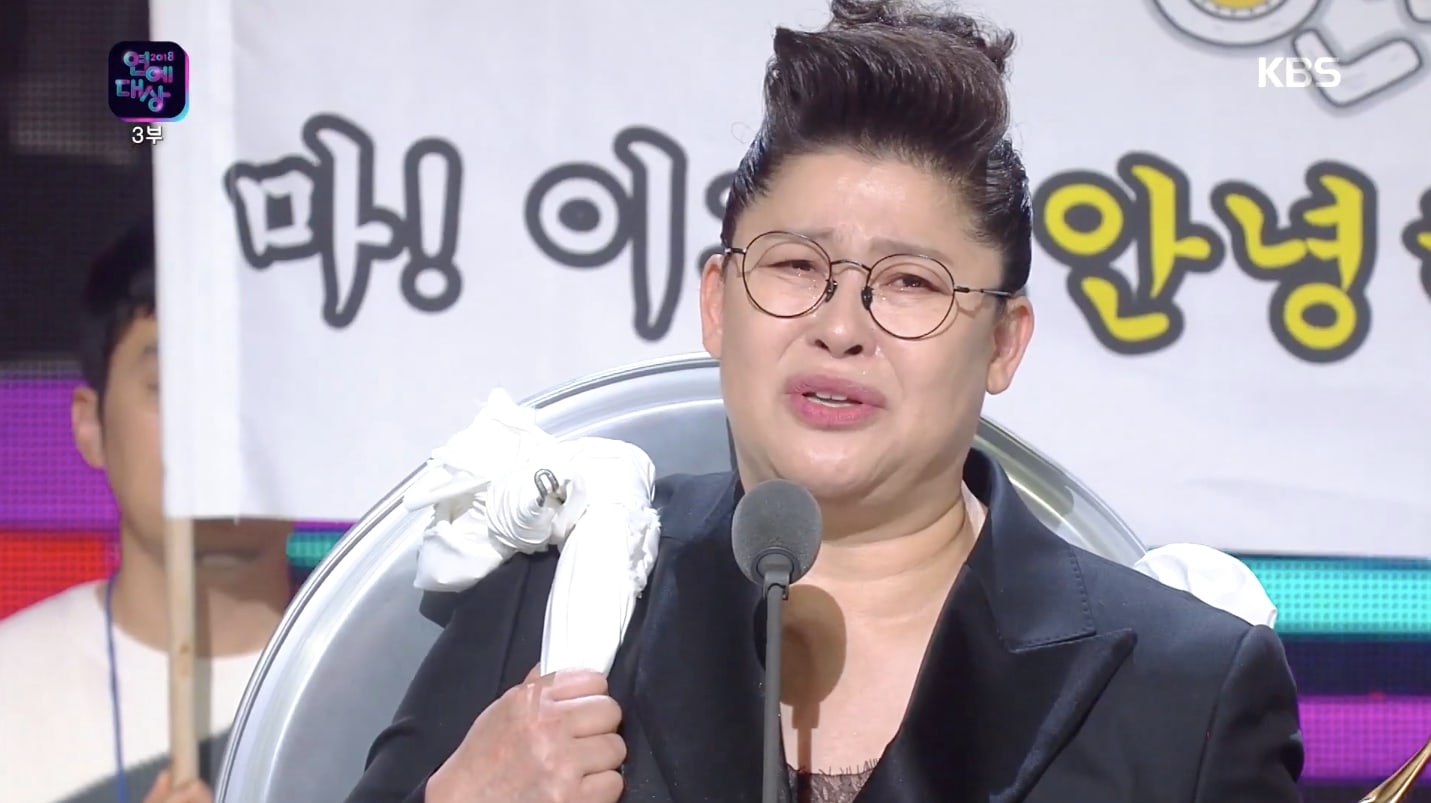 Watch the 2018 KBS Entertainment Awards below: