The four members of WINNER appeared on the December 25 broadcast of MBC Every1’s “Video Star,” the group’s first full-group appearance on a talk show.

On the show, which also featured Sandara Park as a special MC, WINNER exposed more of each other’s secrets.

Kang Seung Yoon, however, has nothing to expose, said Song Mino. “Kang Seung Yoon is crazy about WINNER and only ever thinks about the group. He’s a monster born from responsibility.” He said he wanted to reveal secrets about the leader, but that there’s nothing to say.

In reponse, Kang Seung Yoon said, “Of course I think about WINNER a lot. With that as a foundation, I want to become an executive of YG in the future and protect WINNER forever. We promised fans 44 years.” 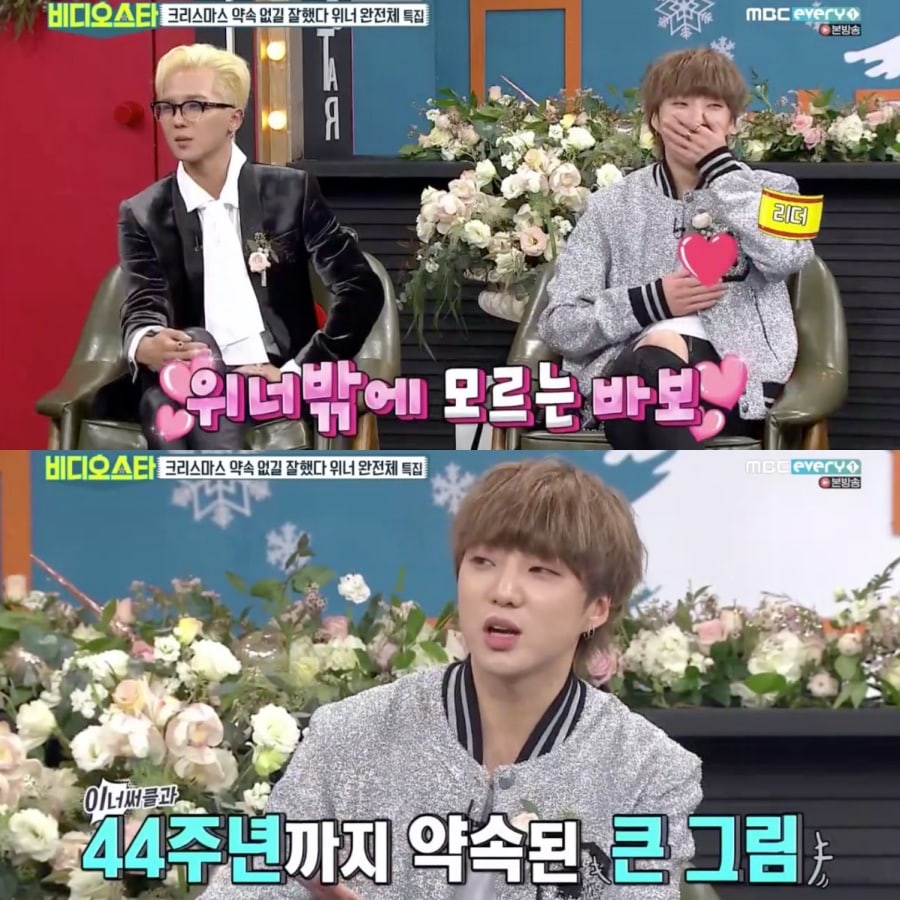 Kang Seung Yoon then exposed a secret about Song Mino’s age, saying that when Song Mino’s real birth year was revealed, their relationship became a little awkward, and the entire age hierarchy in WINNER was thrown for a loop.

When the group was in Thailand, Song Mino’s mother revealed to them that he was actually born in ’92, not ’93, something that Song Mino himself also hadn’t known. Kang Seung Yoon said, “I was born early ’94 (considered ’93 in Korea for the purposes of relationships and hierarchy), so Song Mino and I had decided we would be friends, but it suddenly changed.”

Song Mino said, “I usually act really cute to Seung Yoon, but once I found out I was his hyung, I stopped. I’m experiencing aegyo withdrawal.” 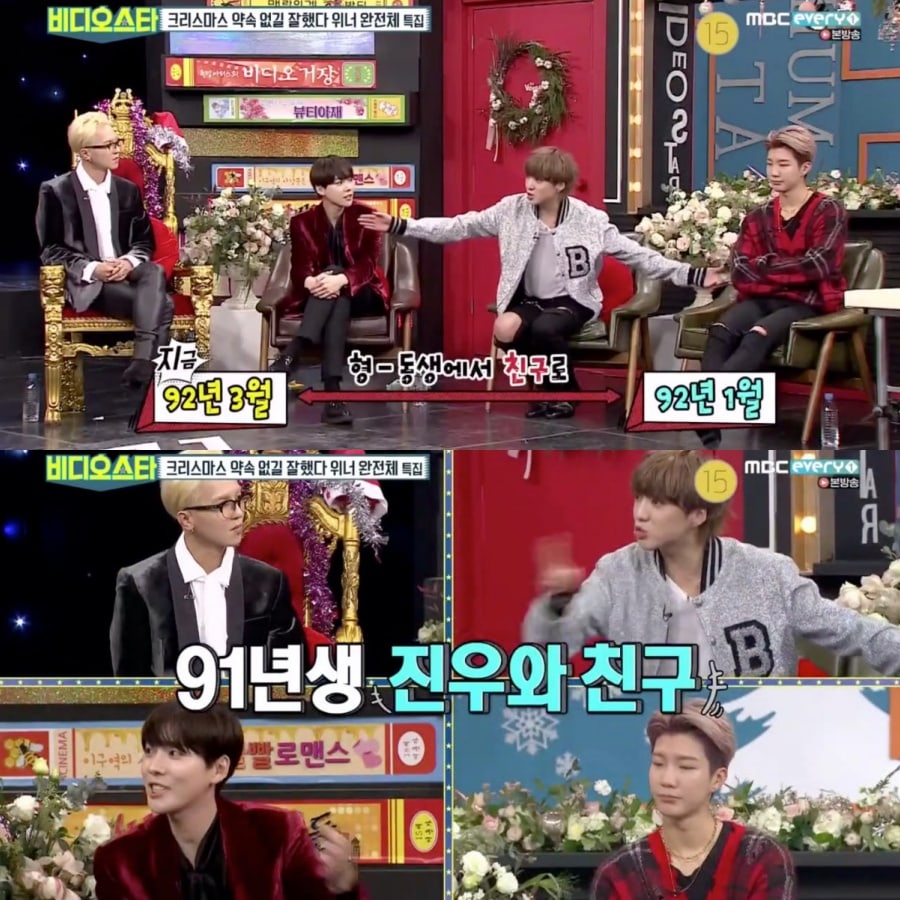 Lee Seung Hoon then revealed that Kim Jin Woo becomes the epitome of sexy when he’s drunk. “When he gets drunk, Kim Jin Woo puts his hand on CEO Yang Hyun Suk’s shoulder. Even G-Dragon doesn’t do that. Can you imagine? He puts his arm around [the CEO’s] shoulder.”

Kim Jin Woo responded, “When I drink I just let go of myself.” 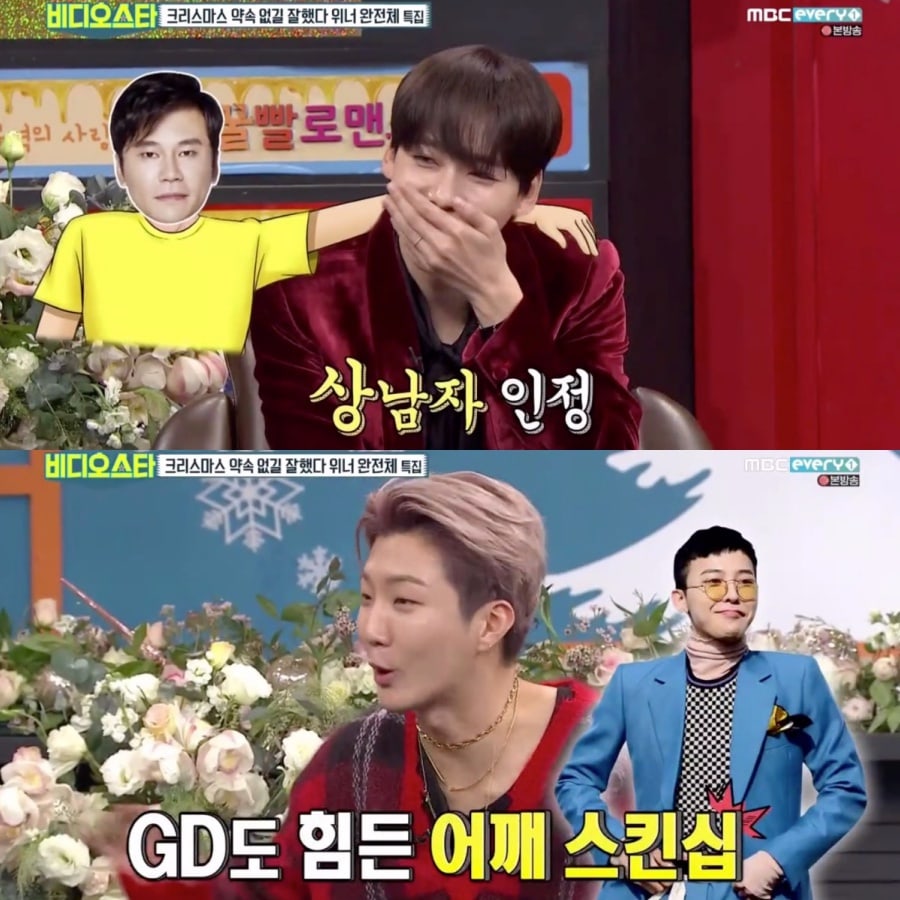 Lee Seung Hoon also talked about BIGBANG’s Taeyang, who is currently serving in the military. He said, “There are a lot of fans who are eager to hear news of Taeyang. We saw Youngbae hyung at an event by the Ministry of National Defense, and he had gained about 10 kilograms of weight (approximately 22 pounds). It’s because he’s now living a life of routine.” 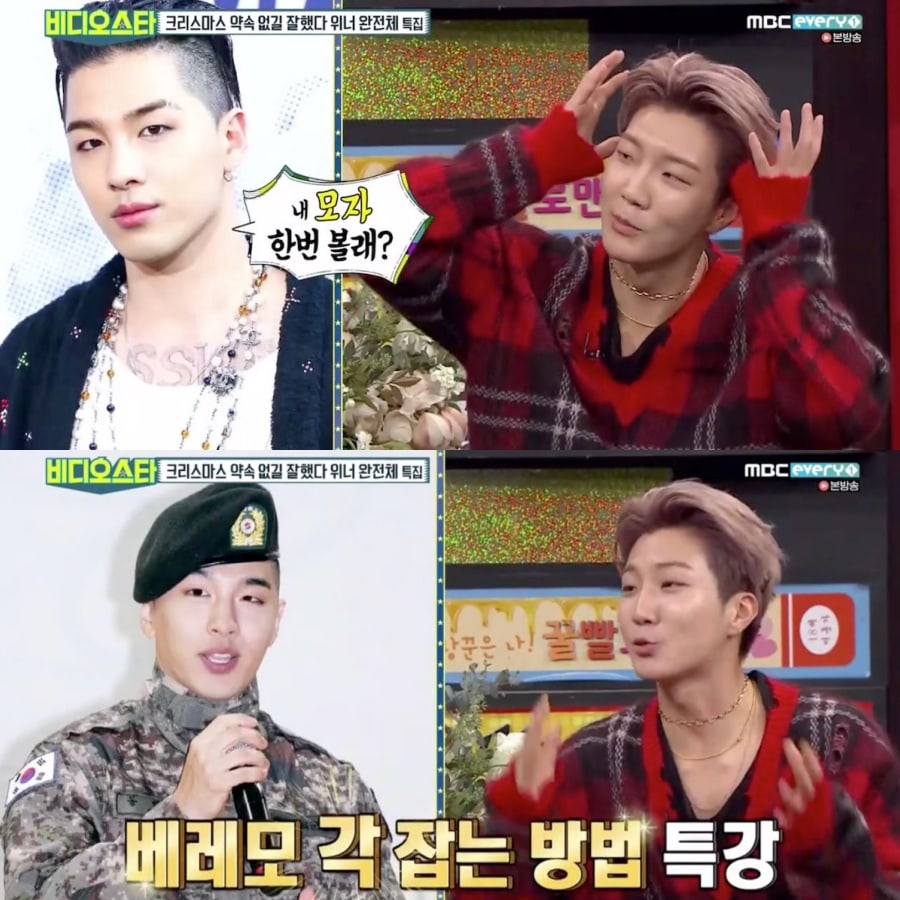 Kang Seung Yoon then told a story about his casting with Sandara Park in a web drama. He said, “When I was negotiating the contract for the drama, I asked that we not have any romantic scenes together and that we remain platonic. But the director asked us for a kiss scene while on set.”

When asked if he suddenly started seeing Sandara Park as a woman, he said, “I think we became closer.” 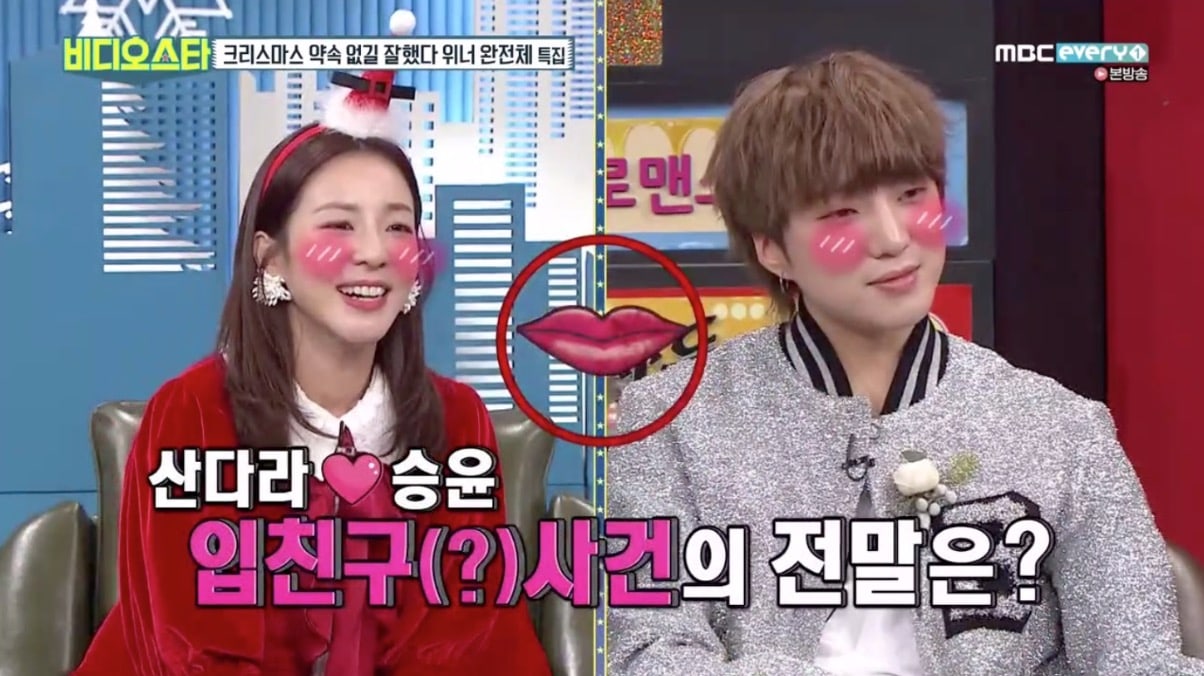 Sandara Park revealed that among the WINNER members, she’s closest to Kim Jin Woo, saying that they have a lot in common. 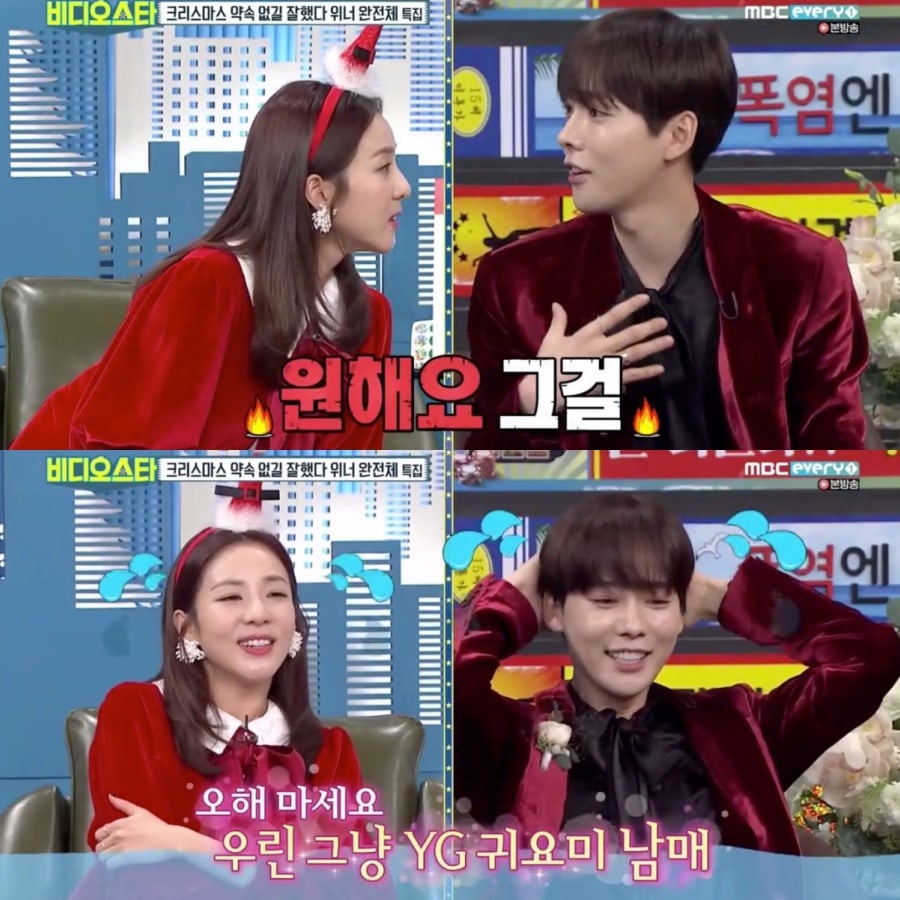 WINNER
Sandara Park
Radio Star
How does this article make you feel?