“Romance Supplement” will take place at a publishing company and tell the warm story of those who create books. Producing director Lee Jung Hyo, who has been loved for his work on dramas like OCN’s “Life on Mars” and tvN’s “The Good Wife,” has teamed up with screenwriter Jung Hyun Jung again after working together on the 2012 drama “I Need Romance” to create a new romantic comedy.

Anticipation is also high as this will be Lee Na Young’s first drama in nine years and Lee Jong Suk is an actor who does not disappoint which each new character he brings to life. Lee Na Young will play the positive and energetic Kang Dan Yi while Lee Jong Suk will take on the role of “Idol of the literature world” genius writer Cha Eun Ho. Curiosity is rising as the tagline reads, “And so, their next chapter began.” Another teaser poster shows the two surrounded by books as they show just their eyes that are full of mischief. 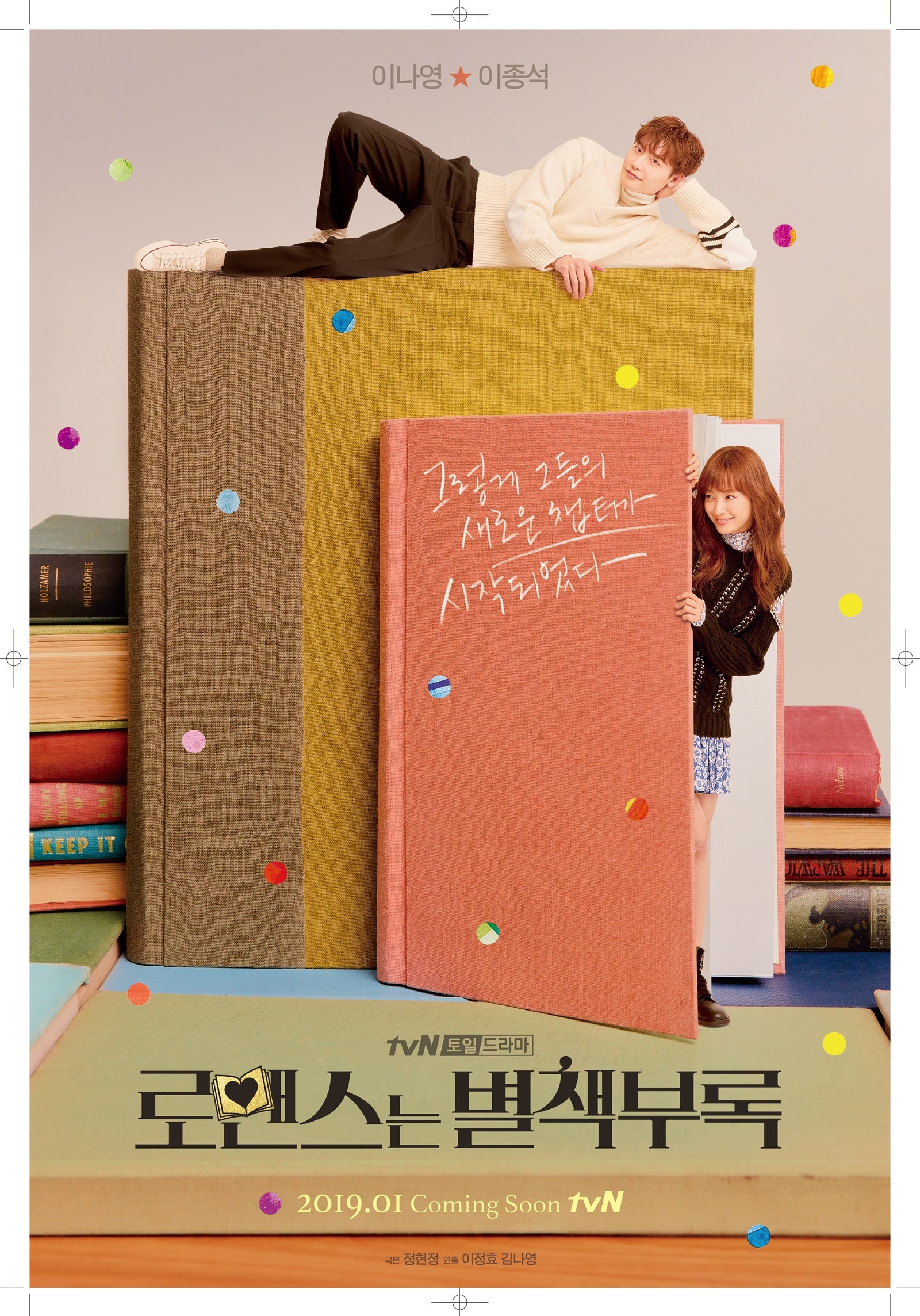 Lee Na Young will take on the role of Kang Dan Yi, who was once a talented and well-known copywriter but has now become a highly talented but ignored individual. Alongside her is Lee Jong Suk’s Cha Eun Ho, the youngest editor-in-chief of the publishing company Gyeo Ru and an idol of the literature world. It will be interesting to see what new chapter lies ahead as Kang Dan Yi tries to get a second chance at her career and Cha Eun Ho becomes a fixture in her life.

“Romance Supplement” will be the follow-up drama to “Memories of the Alhambra” and is set to air in the first half of 2019 on tvN.

Lee Jong Suk
Lee Na Young
How does this article make you feel?