SEVENTEEN’s Seungkwan Says He Wants To Win Rookie Award For Variety; Names JooE As His Rival

SEVENTEEN’s Seungkwan has revealed that he’s gunning for a rookie award at the 2018 MBC Entertainment Awards this year!

The idol appeared as a guest on the December 26 episode of MBC’s “Radio Star,” where host Kim Gook Jin asked him if it was true that he was hoping to snag a Rookie Award for Variety trophy at this year’s awards.

Seungkwan, who appeared as a cast member on MBC’s “Unexpected Q” up until its cancellation in October, confessed, “I am. My fans have also been sending MBC tons of messages and posting things like, ‘Boo Seungkwan is the only contender this year!’ Personally, I also feel like that’s true.”

When asked whom he considered to be his rivals for the award, Seungkwan replied, “For the Rookie Award, [MOMOLAND’s] JooE. She’s so good [at variety shows] that ‘Unexpected Q’ even asked her to return [as a guest] three or four times.”

Seungkwan went on to demonstrate that he could also pull off JooE’s famous squeaky “window-wiping” sound from her own guest appearance on “Radio Star,” lamenting, “I can do it too.” 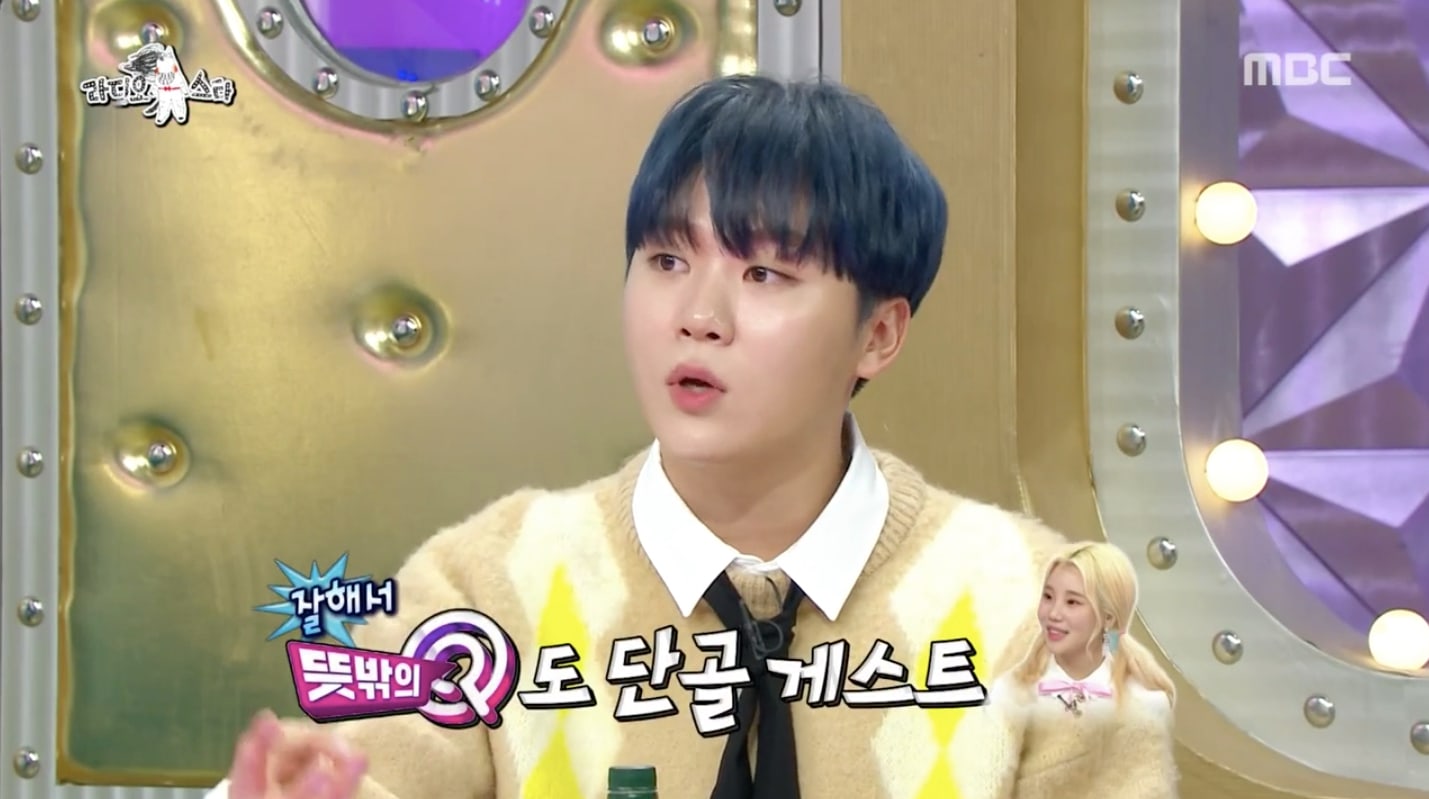 However, he added optimistically, “Every time I see an article about her [appearing on variety shows], I do feel myself getting a bit competitive, but I still think that I stood out a little more on MBC [this year].”

To find out whether Seungkwan ends up winning this year’s Rookie Award for Variety after all, catch the 2018 MBC Entertainment Awards on December 29 at 8:50 p.m. KST! The full show will be available with English subtitles on Viki.

In the meantime, check out last week’s episode of “Radio Star” below!