On December 29, after successfully completing his mandatory military service, Kim Hyung Jun greeted both reporters and fans in front of the Gyeonggi Southern District Police Agency in Suwon.

The star, who enlisted in the military on April 6, 2017, received a commendation for his stellar service as a police officer earlier this year.

Kim Hyung Jun remarked, “Thank you for coming to see me at such an early hour. First, I’d like to say thank you. This is a new feeling for me. For nearly two years, I worried a lot [about my return].”

He continued, “From now on, I’d like to start the second chapter [of my life] on a good note. I will work hard to repay your anticipation. Seeing so many people come here to see me this early in the morning makes me think that I need to work that much harder. I will repay you through my future activities.” 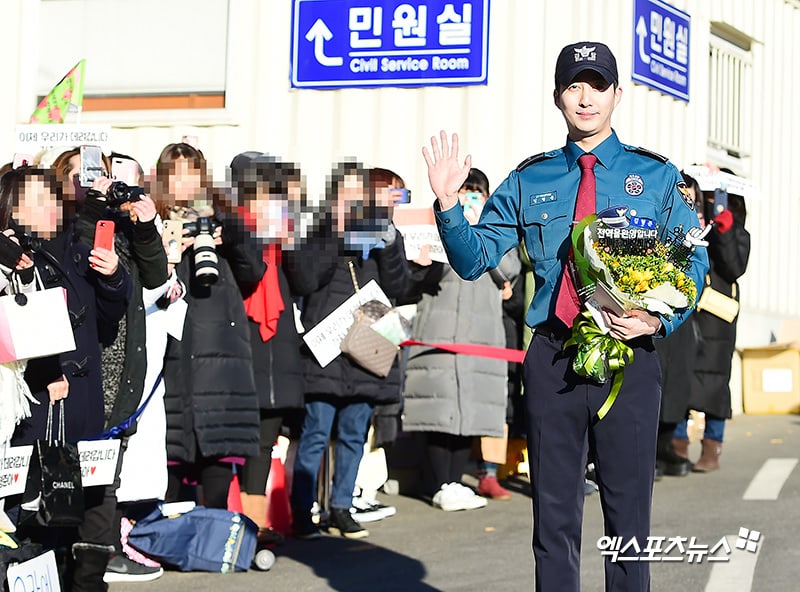 Kim Hyung Jun then went on to talk about his upcoming plans, including a world tour and the release of new music.

“I’ll be going on a tour of South America, Japan, and Southeast Asia,” he reported. “I already planned this before my discharge. I’m also planning to release new music in the first half [of 2019.”

He also revealed that he hopes to continue pursuing a career in acting as well. “I worked as an actor before my enlistment,” he said, “and I’d like to continue acting after my discharge.”

When asked about the possibility of a SS501 reunion, Kim Hyung Jun replied, “I think we’d have to discuss it a lot. Because I just returned today, I haven’t had a chance to talk much [to the other members] about it. Since I’m the last to be discharged, I’ll talk to the other members to find out their opinions [on a potential reunion].”

He added, “I will work hard so that I can greet you in the near future with good things.”

SS301
Kim Hyung Jun
SS501
XPN
How does this article make you feel?