On December 28, the two longtime friends both attended the annual SBS award ceremony, with Kim Jong Kook serving as one of this year’s hosts.

During the second half of the show, Kim Jong Kook and Hong Jin Young, who appeared together on both “Running Man” and “My Ugly Duckling” this year, were announced as one of the nominees for the 2018 Best Couple Award. The other MCs then asked HaHa for his opinion on the couple and whether there were any actual feelings between the two singers.

He went on, “It may not be 100 percent, but it seems like at least 80 percent of it is real feelings. I think he’s using exercise to hold himself back.”

Kim Jong Kook responded by jokingly threatening, “HaHa, can you see that I’m holding back right now?” HaHa joked back, “That’s why I’m not looking you in the eye.”

Kim Jong Kook and Hong Jin Young later went on to win the Best Couple Award, which they celebrated by sharing a hug together on stage. 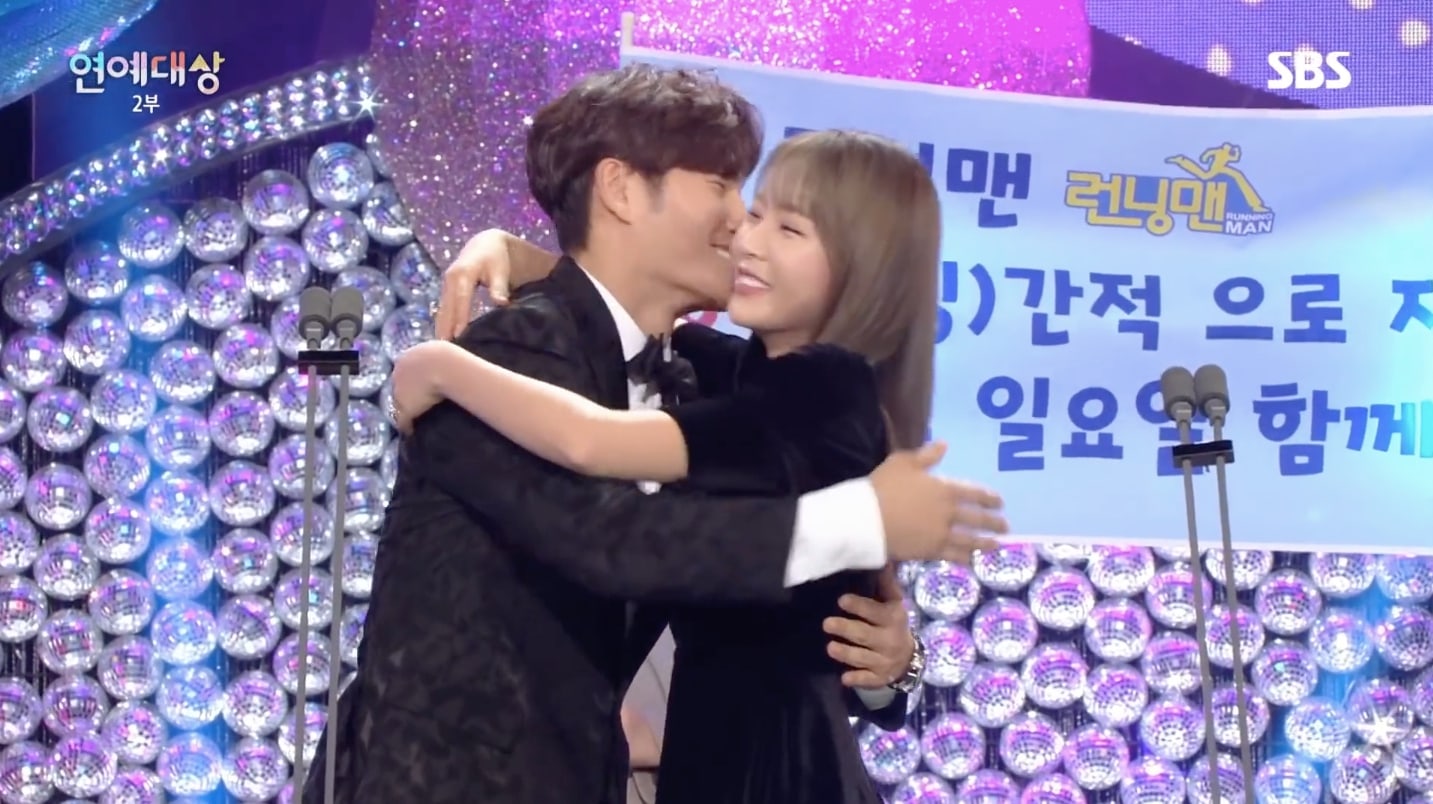 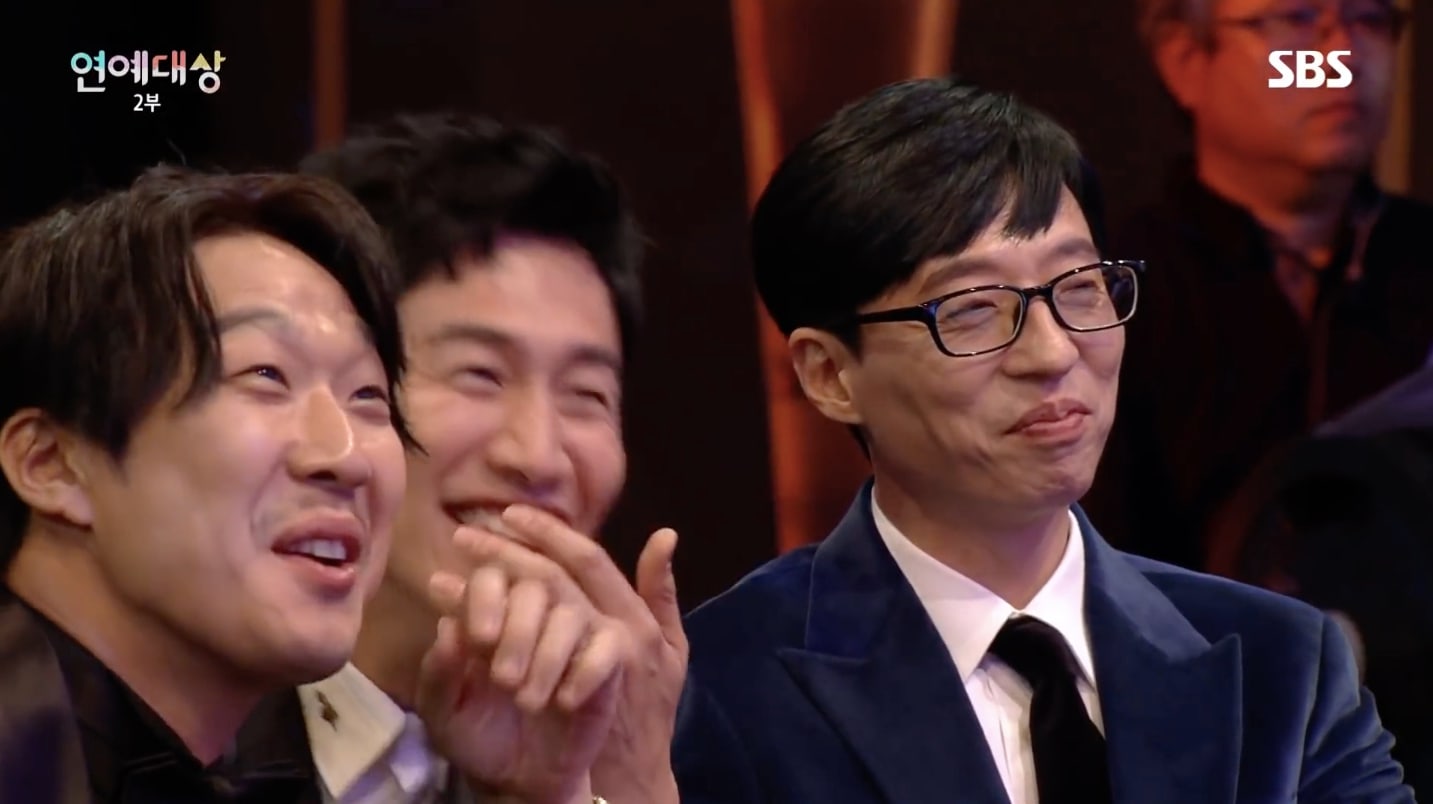 Check out the full 2018 SBS Entertainment Awards below!