The 2018 SBS Entertainment Awards celebrated the network’s biggest stars in television and radio from the past year!

The ceremony was held on December 28, and hosted by Park Soo Hong, Han Go Eun, and Kim Jong Kook.

Lee Seung Gi took home the Grand Award (Daesang) after his performance as a cast member in the popular show “Master in the House.” He expressed that he was shocked and said his heart was racing.

“I had a vague dream when I was younger of winning this award, and now that I’ve received it, it’s made me think that the moment when you’re dreaming is the most exciting feeling,” he said. “As I feel the weight of the Grand Award, I have mixed emotions.” He went on to say that he felt he wasn’t receiving the award because of his own abilities, but because of what he’s learned from senior entertainers such as Yoo Jae Suk, Shin Dong Yup, and Kang Ho Dong. He thanked them and all senior and junior entertainers, as well as the “masters” of “Master in the House” and his co-stars, the producers, his agency staff, family, and fans.

He said, “When I first chose to appear on ‘Master in the House,’ there were many people who were concerned. I had just been discharged from the army and still wasn’t used to being back in society, and I was nervous too about taking on a new challenge during that period of time. But after starting to do it, I learned about a new path. In 2019, I won’t be afraid to take on new challenges. I won’t follow the safe path and will keep walking my own path, even if I fail. I’ll have courage. Please support me a lot.” 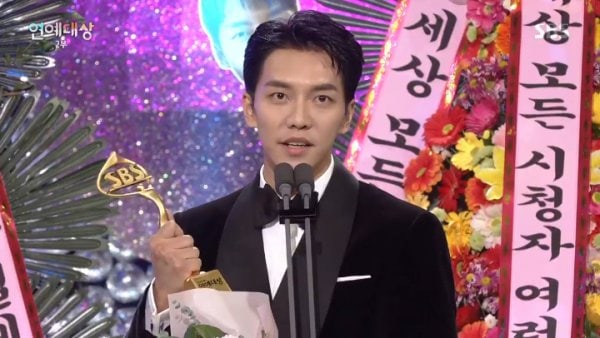 Top Excellence Award (Show/Talk): Yang Se Hyung (“Master in the House,” “We Will Channel You”)

Scene Stealer Award: BIGBANG’s Seungri (“We Will Channel You,” “My Ugly Duckling”)

Program of the Year Award: “My Ugly Duckling”

Best Family Award: In Gyo Jin and So Yi Hyun (“Same Bed Different Dreams 2: You Are My Destiny”)