“The Item” will be a fantasy blockbuster that tells the story of two people with twisted fates who attempt to uncover the secrets of mysteries of items with supernatural powers. The new character posters reflect the charisma and power each actor will bring to the drama.

First is Joo Ji Hoon, taking on the role of Kang Gon, a just and determined prosecutor at the Seoul Central Prosecutor’s Office. He’s staring straight at the camera as he crouches next to a person lying on the ground, and his sharp gaze holds a hint of nervousness as well. His tagline reads, “Unbelievable things are happening to us,” making one wonder what he’s witnessed and what his expression means. 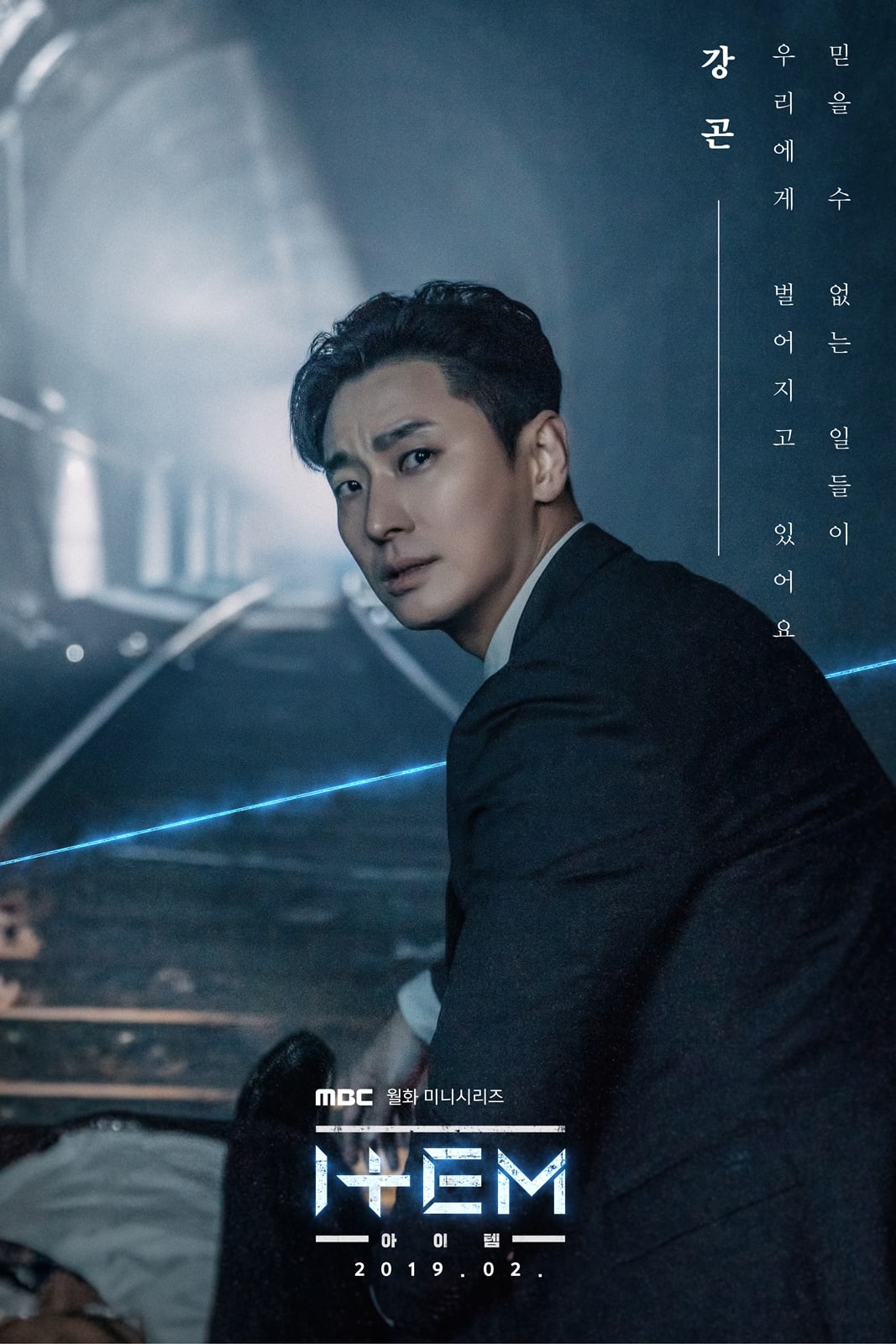 Along with him will be Jin Se Yeon playing Shin So Young, a criminal profiler who works at the Seoul Metropolitan Police Agency. She is calmly looking around the scene of a crime without blinking an eye, putting her talents in concentration and judgment to good use. Her tagline reads, “This is probably what the criminal wanted, for the case to keep getting bigger,” raising anticipation for a big happening to come. 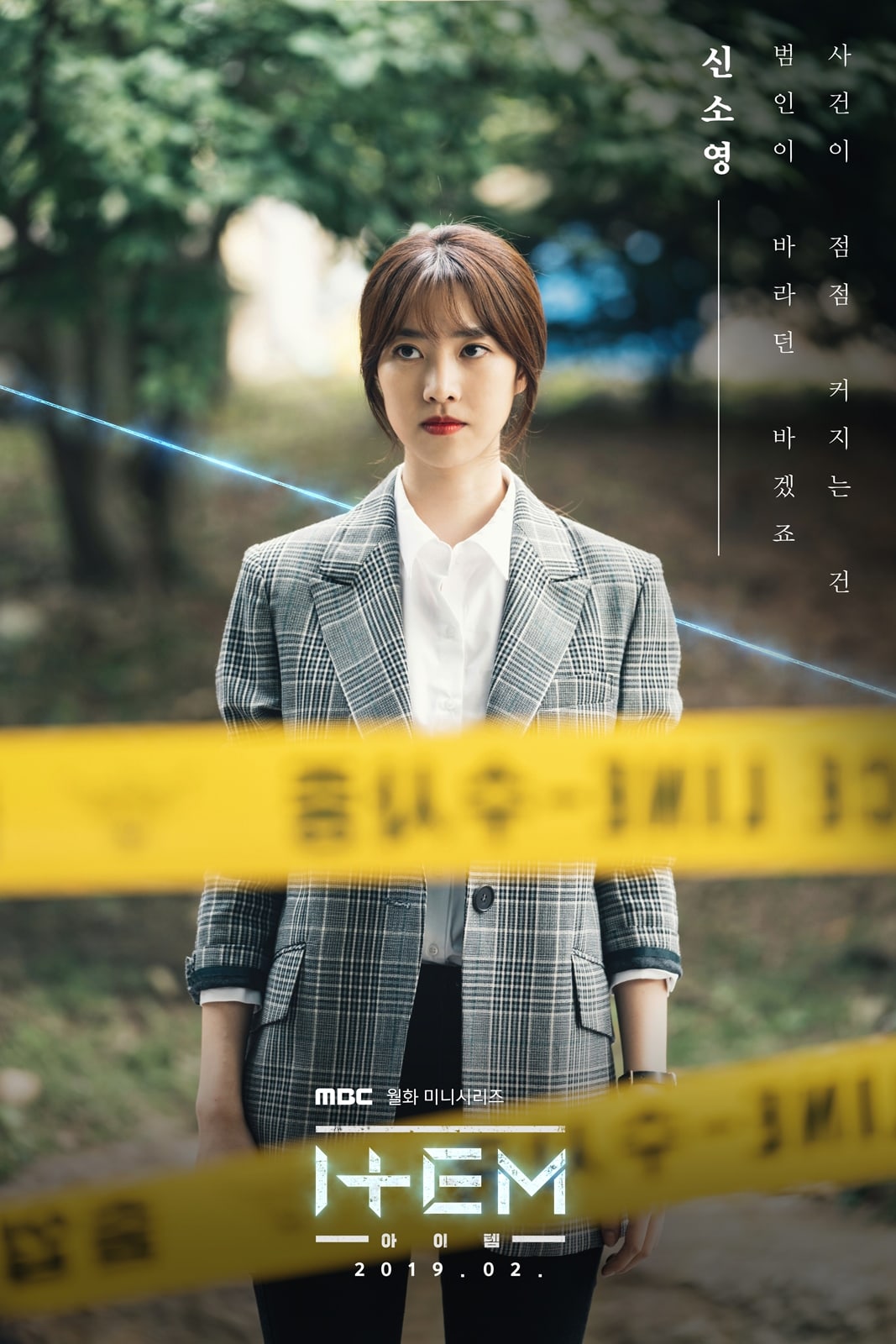 Lastly is Kim Kang Woo as Jo Se Hwang, the vice president of Hwa Won Group. He is a young businessman who has earned the title of a revolutionary icon, but he is a sociopath full of malicious greed. He sits in an extravagant but grotesque setting as his tagline rads, “Why do you believe in God? I’m God.” 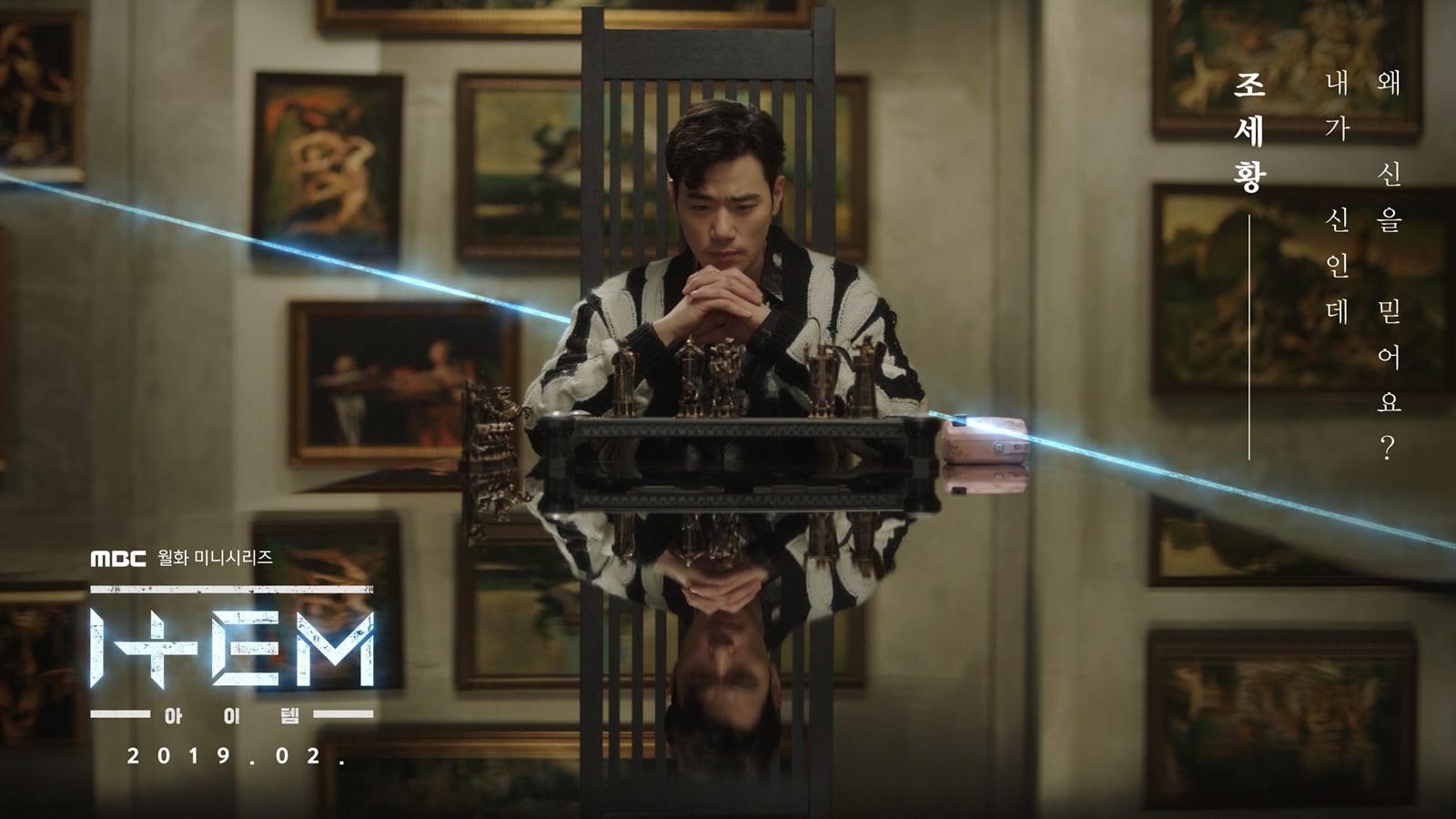 The production staff stated, “The actors have been putting forth great performances that bring each of their characters to life, and they created amazing poster images for us. We will keep doing our best as our premiere date draws closer. Please anticipation it.”

“The Item” is based on the popular webtoon of the same name and is set to make its premiere in February 2019 as the follow-up drama to “Less Than Evil.” While you wait, catch up with the latest episode of “Less Than Evil” below!