“Ask Us Anything” has started off the new year with an impressive start!

According to Nielsen Korea, the January 5 broadcast of JTBC’s “Ask Us Anything” recorded 6.9 percent viewership ratings, which was very close to their personal best of 7.3 percent. This is a 2.9 percent increase from their last weeks broadcast. Among viewers ages 20 to 49, the show recorded a viewership ratings of 4.1 percent.

In this episode, the guest stars were actors Park Sung Woong, Ra Mi Ran, and Jinyoung from the upcoming movie “Inside Me.” The stars delivered much laughter on the set with their behind the set stories and stories from times when they were unknown actors. 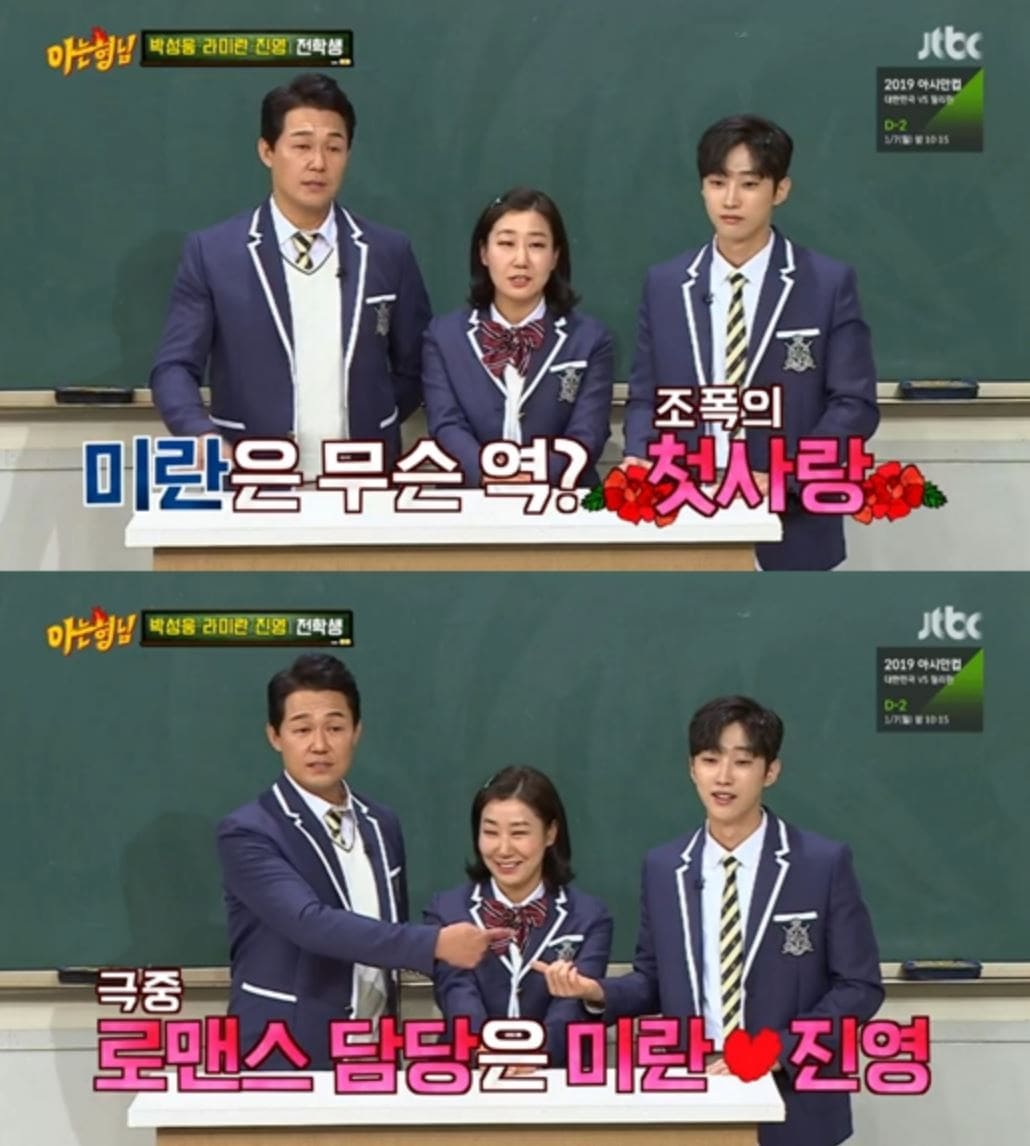 Park Sung Woong also praised Jinyoung, who shares his hometown of Chungju city, for his “actor’s gaze” and even revealed, “I personally recommended him for this movie.” Actress Ra Mi Ran also hilariously shared a story involving director Park Chan Wook during the filming of her debut film, “Lady Vengeance.” She also lead her team to victory after playing “Partner Bragging” with Lee Soo Geun, in which she showed off her hilarious dance skills and witty sense of humor.

JTBC’s “Ask Us Anything” airs every Saturday at 9 p.m. KST.