A new poster for tvN’s upcoming drama “Romance is a Bonus Book” has been revealed!

“Romance is a Bonus Book” is a romantic comedy that tells the story of those who create books at a publishing company. The main plot will revolve around Kang Dan Yi (Lee Na Young), who was once one of the greatest copywriters but currently struggles to find work, and Cha Eun Ho (Lee Jong Suk), a star writer and an idol of the literature world. With the help of these two, the drama hopes to both bring laughs and warm viewers’ hearts by telling a complicated but realistic story of people who make books.

The new poster features Lee Na Young and Lee Jong Suk in a sweet embrace. The tagline on the poster reads, “That’s how the new chapter of their lives has begun,” increasing curiosity among prospective viewers on how the relationship between the two will begin in the drama. 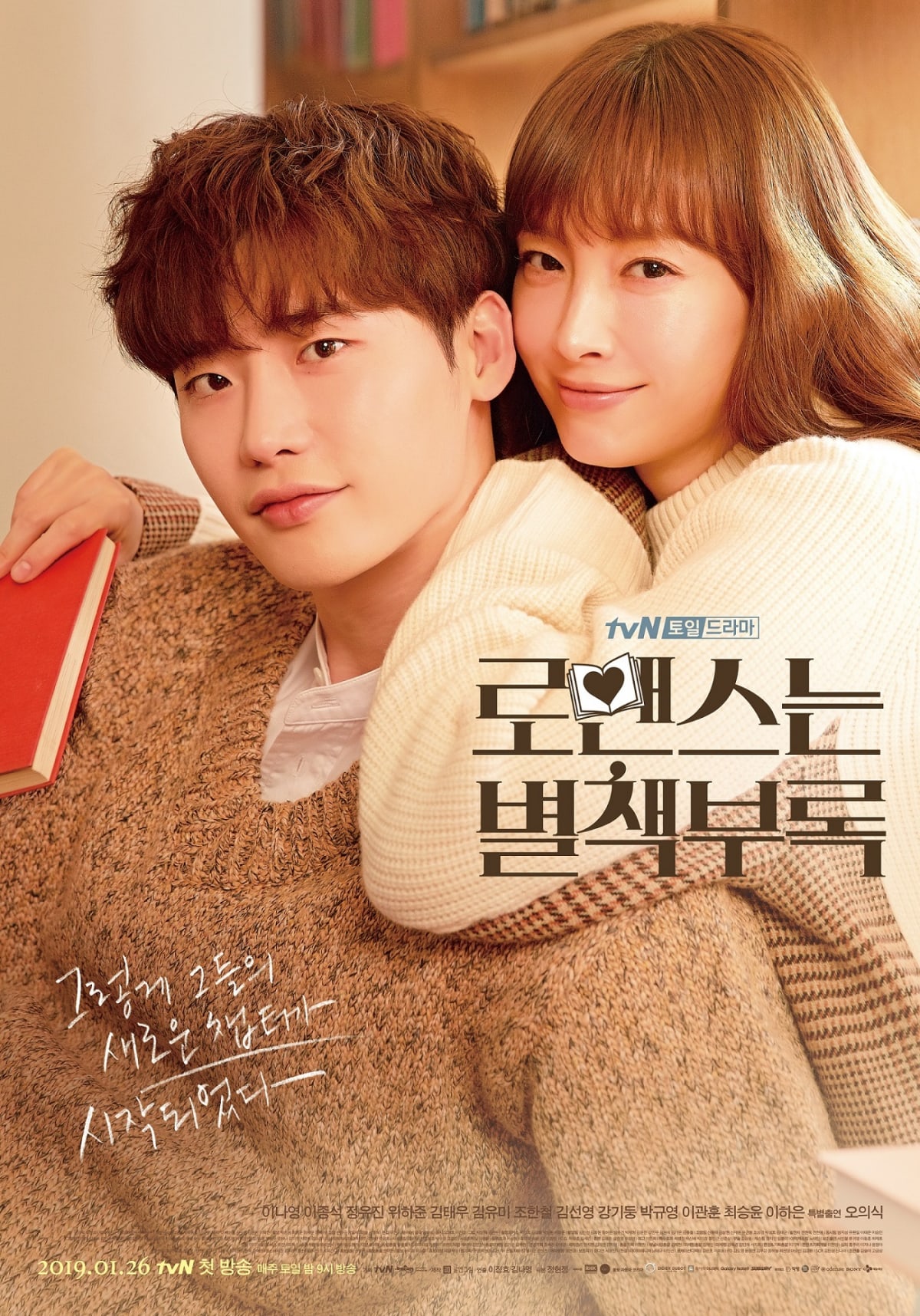 The production team of “Romance is a Bonus Book” commented, “Lee Na Young and Lee Jong Suk, who will create romantic synergy with their ability to express emotions in detail, will open a new chapter in the world of romantic comedy. Please look forward to the story of these two as they plan to bring both excitement and warmth to your heart.”