8 Things That Happen In Every Episode Of “Village Survival, The Eight”

“Village Survival, the Eight” is a new tvN variety show that revolves around solving a mystery in a small village. With Yoo Jae Suk as the host, there is a set cast that was on for the whole first season: BLACKPINK’s Jennie, Song Kang, Jang Do Yeon, Im Soo Hyang, Son Dambi, Yang Se Hyung, Kang Ki Young, and Kim Sang Ho. During the show, all cast members must figure out the clues in order to solve the mystery and in turn, win the grand prize of $10,000. It’s a pretty basic concept, but when you get cast members that are so different in personality and backgrounds, it makes for a very entertaining and hysterical show. Here’s a look at eight things that happen in every episode of “Village Survival, the Eight.”

In almost every episode, you’re bound to see Kang Ki Young be the butt end of various jokes. There is always a cast member who takes a stab at him and although it’s all for fun, you can’t help but feel bad for the guy!

This part of the show was a pleasant surprise. I thought it was pretty random that they had cast Kang Ki Young, but he ended up being a nice touch to the variety show! His self deprecating humor was such a great attribute.

Being the maknae of the show, Jennie tries her best to win the games and solve the mystery. When she’s unable to get a question right or is a little slow in answering, she busts out her aegyo in hopes Yoo Jae Suk will give her another chance.

Jennie is one of the main reasons why I watched this show and she didn’t disappoint! It was nice to see her away from her group members and in the variety world. And even though she’s a rookie when it comes to variety, she was very entertaining with her aegyo and added a lot to the show. She even came close one time to solving the mystery! We will definitely be missing her in season 2.

3. Everyone struggles to make lunch and dinner

The only thing more terrifying then having to solve the mystery for these guests is to cook lunch and dinner. What they discover quickly into their stay is that none of them are good cooks (except maybe Yang Se Hyung). They seem to struggle and spend a lot of time cooking in every episode, but this aspect of the show is one of the most hilarious parts to watch. 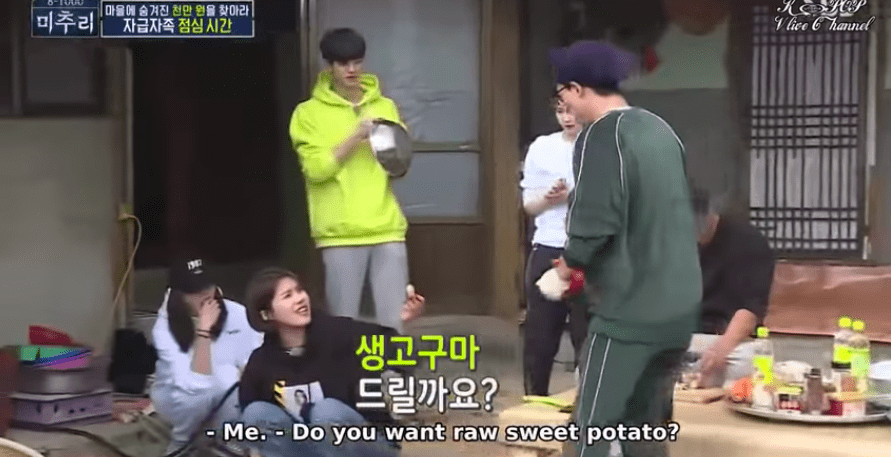 It was fun seeing all the guests struggle to figure out what to eat. It was a good night when they were able to get away with making something super simple, like ramyun. Sometimes I forgot that the show was about them figuring out the mystery because they struggled so much with making food!

This literally happens like clockwork. For some reason when these two have to answer a question for the game, they can’t remember the answers. They end up taking forever to give the correct answer!

Who knew these two would make such a lethal pair! It was actually amazing how much these two couldn’t answer the questions, but it obviously added to the appeal of the show.

At first it was a light joke, but after a few episodes, Yang Se Hyung continued to poke fun at Jang Do Yeon.

Real life BFFs Yang Se Hyung and Jang Do Yeon have so much chemistry on the show! Because they’re both comedians and are such good friends in real life, they have no problems throwing each other under the bus, which is what makes it so amazing.

The clues given to solve the mystery are a bit challenging. It takes a lot of brain power to be able to match all the clues to each other and solve the puzzle, so when it comes to actually winning the prize money, a lot of guests are underestimated. 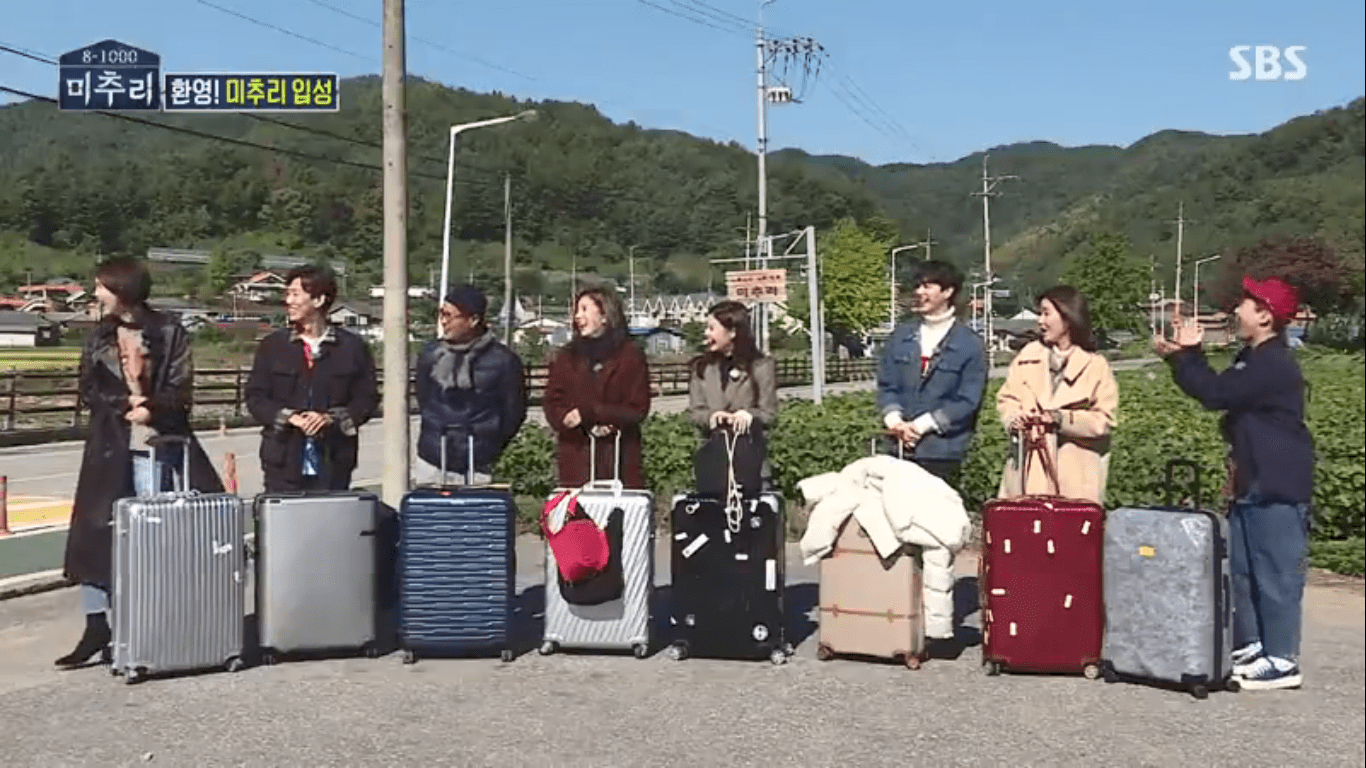 They have called each other out several times and made note of who would be least likely to win. The names mentioned are Jang Do Yeon, Song Kang, Son Dambi, and Kim Sang Ho. Oh, the shade that is thrown around! I think one of the aspects that makes this show so endearingly charming is that it’s really hard to predict who will be able to solve the mystery and win the cash prize. They’re all equally incapable!

Whether it’s because Yoo Jae Suk won’t accept her answers when playing a game or because Jang Do Yeon lacks athletic abilities, Son Dambi tends to get frustrated and angry on the show. 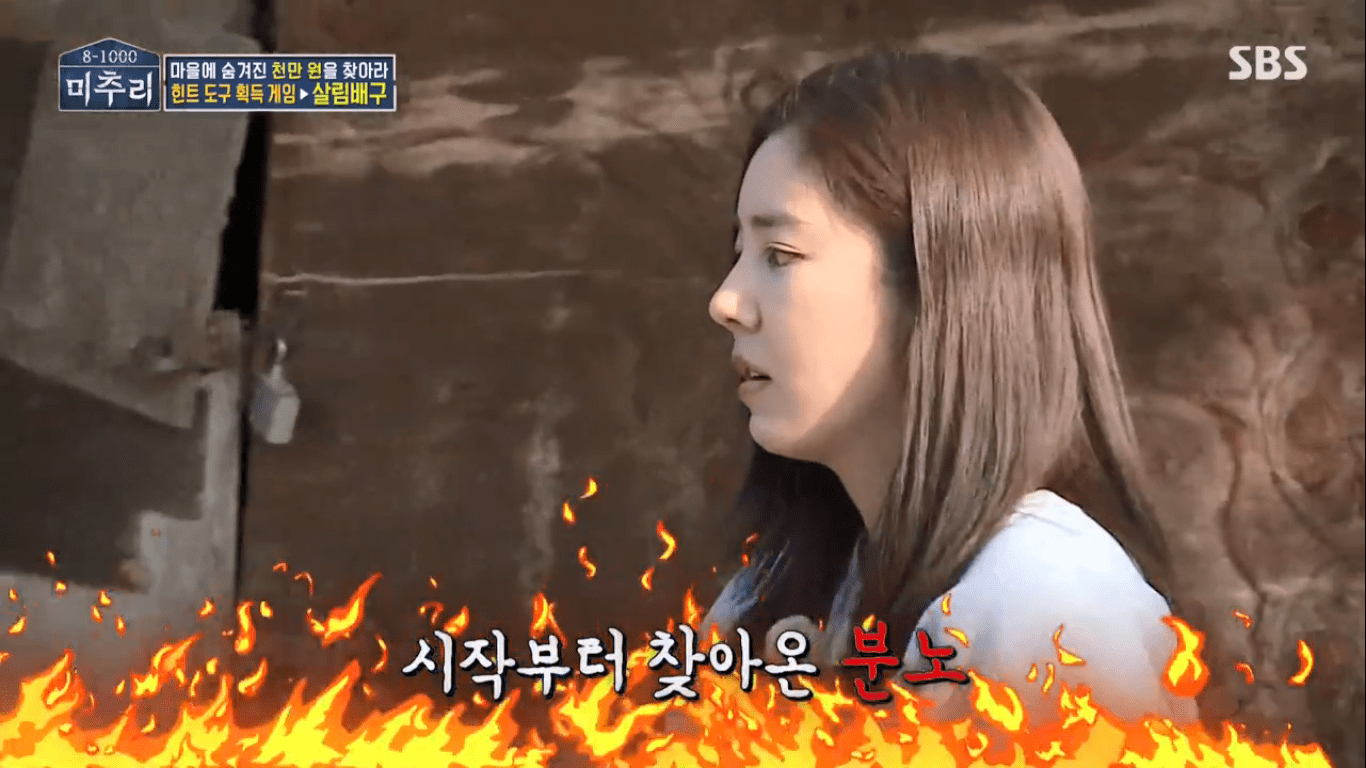 She’s quite the competitive one! 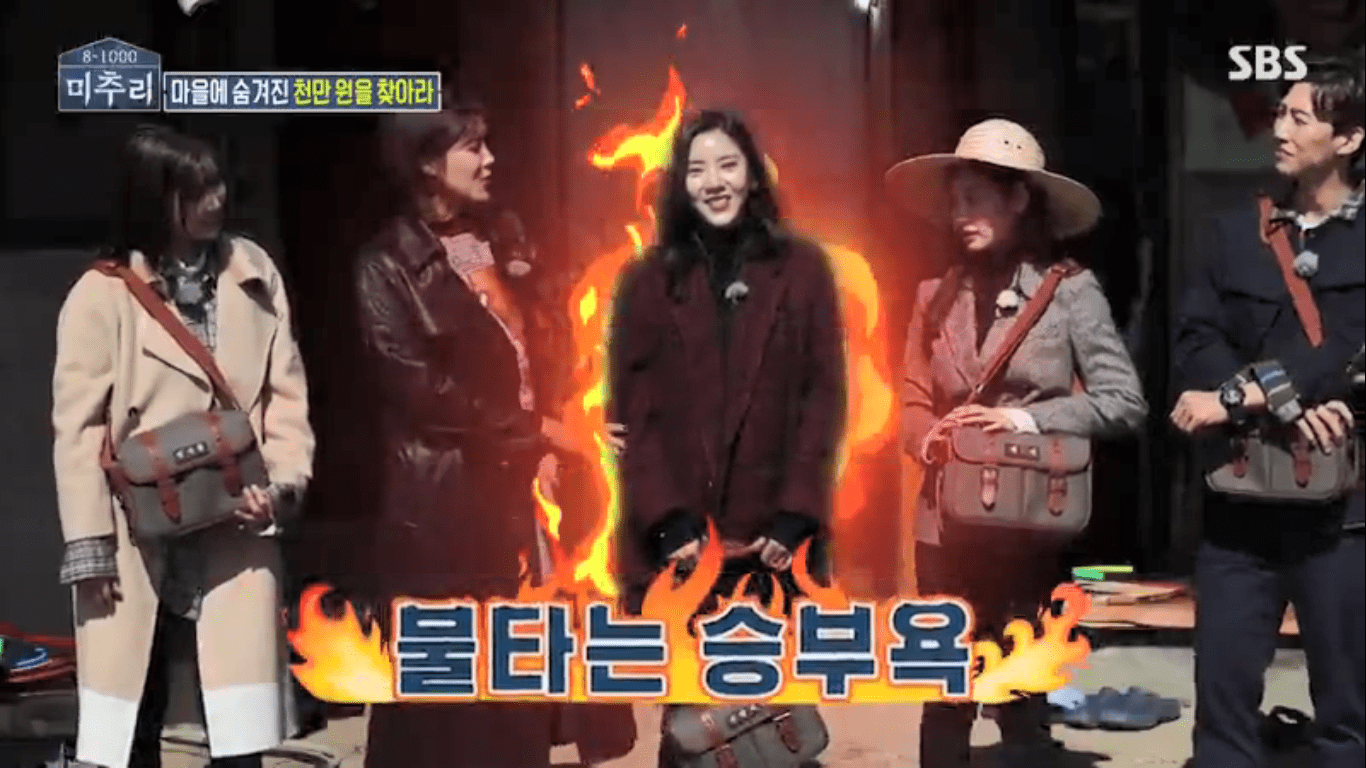 Everyone tries to walk on egg shells around Son Dambi because she has a short fuse. But like clockwork, in every episode, Son Dambi gets upset at someone. Yoo Jae Suk also can’t help but push her limits by not letting her answer the questions to the quizzes. She’s earned the rep of having a bit of a temper, but we can’t help but love her competitiveness!

The show involves the cast members sleeping overnight, so for humor’s sake, Yoo Jae Suk created a game that is played first thing in the morning. The first person to wake up and play the game has a chance at eating breakfast. So you can imagine the hilarious faces that are still half asleep! 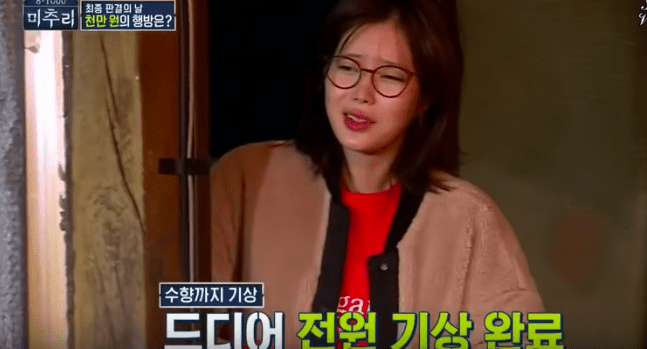 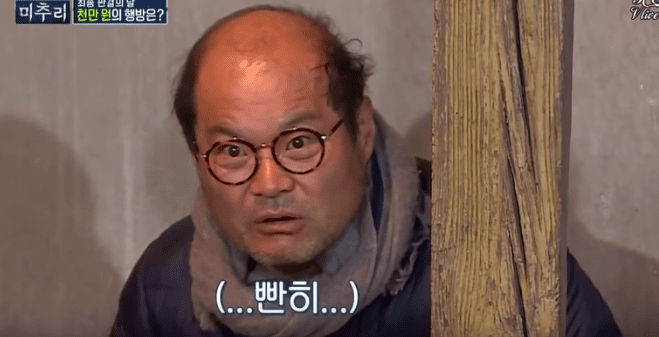 Hey Soompiers, have you watched “Village Survival, the Eight”? How did you like it? Let me know in the comments below!

If you haven’t already, watch the first episode: