tvN’s upcoming drama “Romance is a Bonus Book” has unveiled its first stills of stars Lee Na Young and Lee Jong Suk together as a couple!

“Romance is a Bonus Book” is a new romantic comedy starring Lee Na Young as Kang Dani, a former copywriter who once enjoyed a flourishing career but who is now down on her luck and struggling to find work. Lee Jong Suk will play the role of Cha Eun Ho, a brilliant and famous writer who is also the editor-in-chief of the publishing company where Kang Dani finally manages to find a job.

On January 10, the drama released new stills of its leads Kang Dani and Cha Eun Ho from both the past and the present. Two of the photos reveal the characters’ past as close friends, with Kang Dani and Cha Eun Ho looking completely comfortable with one another as they enjoy the night air and look out into the distance. Another photo shows the two characters holding hands as they take a nighttime stroll.

Finally, a third photo shows the two leads reunited in the present, with the chemistry between them still palpable as they gaze affectionately into each other’s eyes. 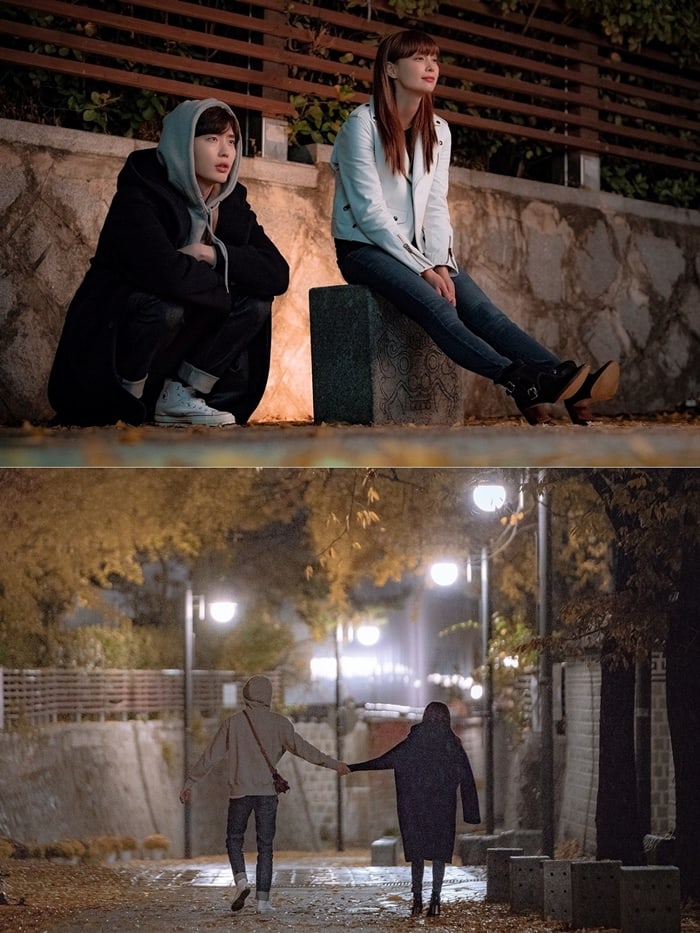 Lee Na Young, who is returning to the small screen for her first drama in nine years, remarked, “I think that actor Lee Jong Suk is simply the character of Cha Eun Ho personified. He is dependable and warm. The more I see him, the more I think of him as an actor who is overflowing with charm.”

Lee Jong Suk, who will be taking on his first-ever romantic comedy through the upcoming drama, commented, “I’m nervous and excited to be able to work together [with Lee Na Young]. Lee Na Young is an actress that has her own distinctive and unique color. I think that as the drama progresses, we will be able to show you even better chemistry and synergy.”

The producers of “Romance is a Bonus Book” praised the two stars’ chemistry, enthusing, “Lee Na Young and Lee Jong Suk’s outstanding chemistry breathes romantic emotion into even the most ordinary everyday moments. Just by being together, they are creating an exceptional romantic comedy. We think that you can safely look forward to it.”

“Romance is a Bonus Book” will air on January 26 at 9 p.m. KST. In the meantime, check out the teasers for the drama here!