“Tower of Babel” is a melodrama that tells the story of a prosecutor who has thrown away his life for revenge and an actress whose life gets ruined after marriage.

Park Shi Hoo will play the role of Cha Woo Hyuk, the prosecutor who dedicates his life solely on getting vengeance but eventually gives up his personal agenda for the love of his life. Jang Shin Young will take the role of Tae Yoo Ra, the heir to Geo San Corporation and the only member in her family who says the right things.

The two have a complicated relationship as it contains both love and vengeance. While working in the same field, they struggle to draw the line between personal and professional. 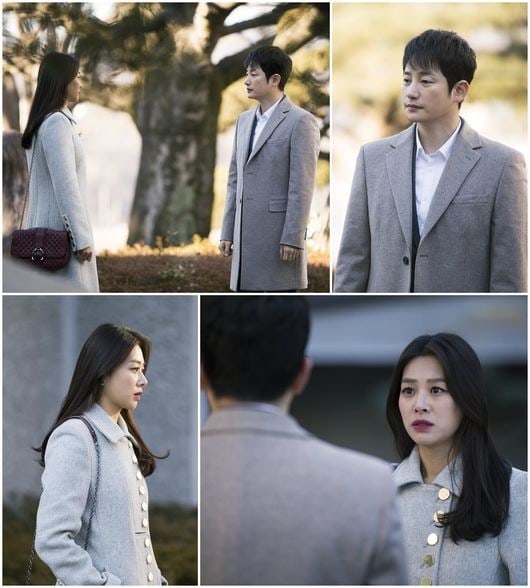 Kim Ji Hoon will play Tae Min Ho, a seemingly perfect man with a warm and polite personality, who graduated at the top of his class with a business degree from a prestigious university. But in reality, he was born out of wedlock and has only hidden his fangs in order to survive at his family company.

In the new stills, Kim Ji Hoon turns 180 degrees from his initial friendly image and warns viewers of his villainous role with his emotionless face. He has secretly gathered the board members of Geo San Corporation that his father enjoys spending time with. 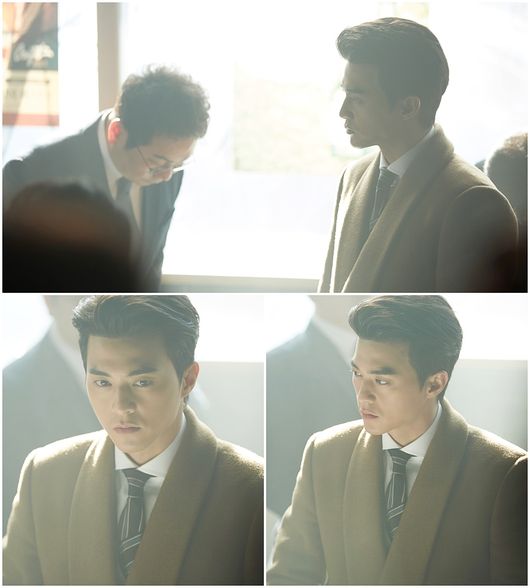 The production team of “Tower of Babel” said, “The stills show Park Shi Hoo and Jang Shin Young taking a sneak peek at their feelings towards each other that they never realized they had before, and Kim Ji Hoon who has officially begun to reveal his true nature.”

They concluded, “Please look forward to seeing Kim Ji Hoon, who dominated the set with his powerful charisma, and Park Shi Hoo and Jang Shin Young, whose relationship is about to change due to their feelings that overpower their relationship as a senior and a junior in legal profession.”

“Tower of Babel” will premiere on January 27, and it will also be available on Viki!