On the latest episode of tvN’s “Life Bar,” Song Jae Rim and Yoon So Hee shared how they reacted to past rumors of their romantic involvement.

The two friends appeared together as guests on the January 10 episode of the talk show, where they talked about their close friendship and how it had been misconstrued in the past.

Song Jae Rim recalled, “Our agency once took a trip abroad together to Saipan. I have a tattoo on my ankle that looks like a bracelet, and [Yoon So Hee] wore an anklet—the kind that surfers often wear. Our photos were taken, and people misunderstood.” Yoon So Hee chimed in, “They thought that we had matching couple tattoos.” 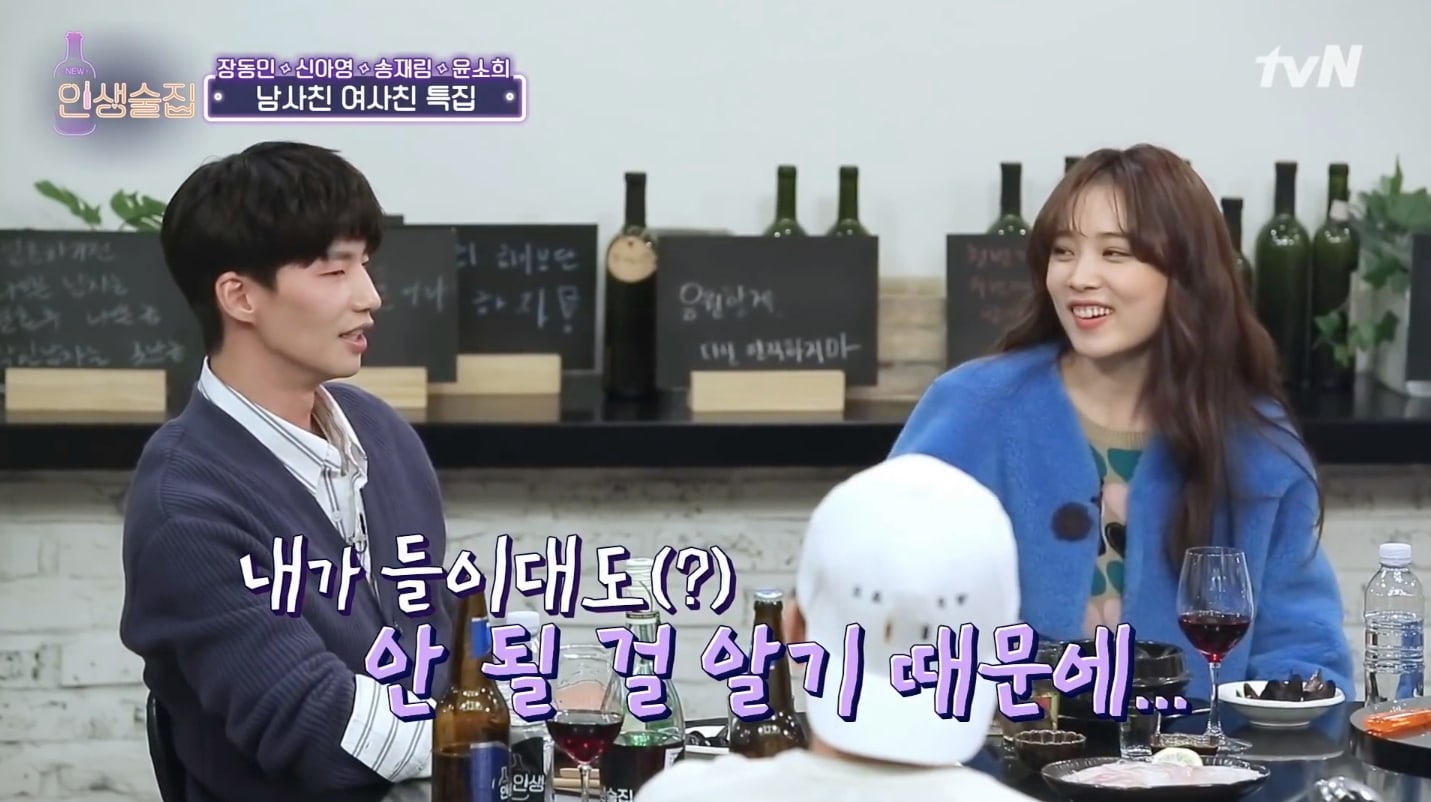 Host Han Hye Jin asked, “But when dating rumors arise between two close friends, even if they aren’t true, don’t things end up becoming somewhat awkward [between them]?”

Song Jae Rim replied, “Even though it’s stressful, I actually don’t care that much about kind of thing. Neither of us have anything to hide or fear, so [there’s nothing to worry about].”

Han Hye Jin playfully suggested, “Or did you ever think, ‘Now that there are already rumors about us, we might as well use this opportunity to date?'” Song Jae Rim jokingly responded, “I know that even if I went for it, it wouldn’t work out,” causing Yoon So Hee to laugh and exclaim, “Why are you saying [stuff like] that?”

He then took on a more serious tone as he explained, “As for any potential [for the two of us to date], I really like our relationship the way it is now. We’ve spent the past eight or nine years together as friends, and I wouldn’t want things to become awkward between us.”

Comedian Jang Dong Min replied, “Things could become awkward, but you could also become even closer.”

However, Song Jae Rim insisted, “No. I’m grateful that I have someone who understands me, and I don’t want our relationship to become awkward.” 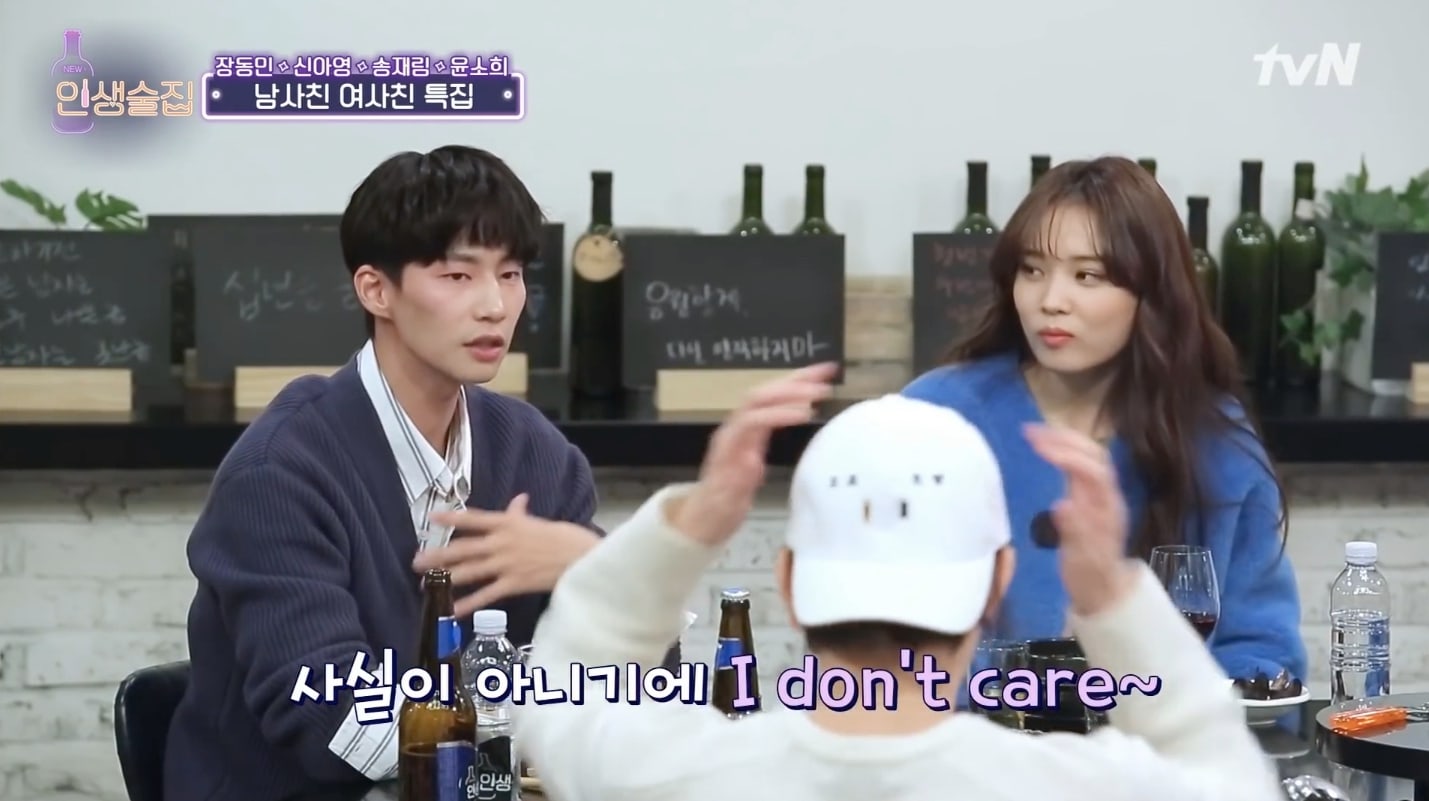 Yoon So Hee
Song Jae Rim
Life Bar
How does this article make you feel?